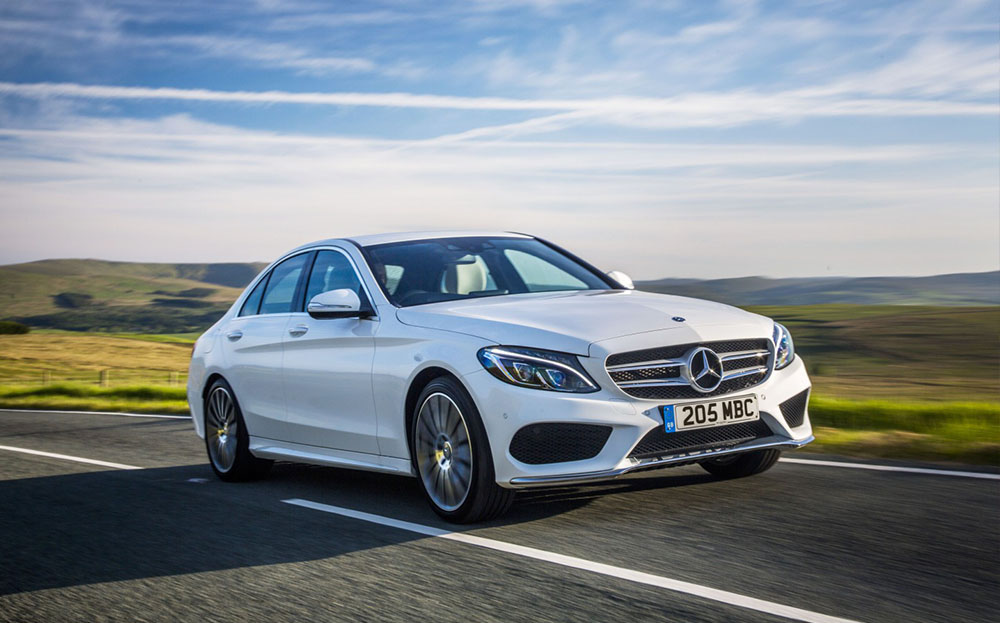 CAMILLA LONG, who writes in the glossy end of The Sunday Times, went on Twitter recently and asked if there was anything more tragic than the spectacle of a man in the front passenger seat of a chauffeur-driven car. Yes, there is, actually. It’s the spectacle of a new father travelling in the back seat of a car with the baby while his wife drives. Nothing says, “For me, life is over,” more succinctly than that.

Camilla does, however, raise an interesting point. Why is it normal to sit in the back whenever the driver is paid for help? It’s less comfortable back there and more cramped. The view is not as good. And you are more likely to feel queasy. It would be easy to suggest that people choose to sit back there because it makes them look important. That if they’ve hired a driver, they damn well want people to know it. But is it, I wonder, that simple?

Could it be, perhaps, that the sort of person that employs a chauffeur is the sort that likes a bowl of chicken soup and spotted dick at lunchtime, the sort that gets his “special lady friend” to dress him up in nappies and check him for nits?

Could it be he likes to travel round in the back of a car because it reminds him of his childhood? Is he sitting back there, hidden from view behind the C-pillar, sucking his thumb?

Could it be that the sort of person that employs a chauffeur is the sort that likes a bowl of chicken soup and spotted dick at lunchtime, the sort that gets his “special lady friend” to dress him up in nappies?

Of course you may argue that this is nonsense, because perfectly normal people choose to sit in the back of the 14-year-old Toyota Avensis minicab that has just picked them up at six in the morning to take them, on completely the wrong road, via six petrol stations, to the airport.

On the face of it this is even more ridiculous, because what are you trying to say from your pleblon perch in the back? That you have a chauffeur? Really? So why, if you can afford that, do you have him drive you about in a sagging and slightly smoky former repmobile? And why has he just pulled up at a seventh petrol station to put yet another 50p-worth of diesel in the tank?

You would sit in the front with a friend. And with your wife. And with a colleague. So why get in the back of a minicab? Why sit there, in a puddle of sick, ankle-deep in used condoms?

Possibly it’s because you don’t want people to think that the car is yours. Or that you even have friends with such a heap. But mostly, I suspect, it’s because you know the driver is going to crash into something fairly soon, and it’s safer back there. Also, if you are in the back, he is less likely to mistake your inner thigh for the gearlever. Or talk to you.

I shall be honest with you. I am picked up fairly frequently by a wide selection of minicabs and executive cars and I always get in the back. Unless the car in question is a new-looking black C-class Mercedes.

You would sit in the front with a friend. And with your wife. And with a colleague. So why get in the back of a minicab? Why sit there, ankle-deep in used condoms?

A new-looking black C-class Mercedes is plainly not a minicab. It says that the driver knows where he is going and that there are more than two fumes in the fuel tank. But crucially it says that you — the guy who’s hired him — are right at the bottom of the management food chain.

No. Don’t argue. You are. You’ve gone to a company that offers a fleet of Mercs and you’ve booked the cheapest. And if you think, as you sit there in the back with your knees round your ears, that you are fooling anyone, you are an idiot and you will be at the bottom of the management food chain for the rest of your life. Nothing says, “I’m a nobody,” more clearly than climbing from the back of a chauffeur-driven C-class.

But because the country is awash with people who simply don’t realise this, all the big cities are crammed with new-looking black C-class Mercs with telltale private hire licences in the window and executive air fresheners hanging from the rear-view mirror. In fact I was extremely surprised when a new-looking C-class turned up at my house for a test this week and it wasn’t supplied with a man in a cheap suit behind the wheel and the pockets behind the front seats stuffed with copies of Hello! magazine from 2011.

It was called — deep breath — the C 220 BlueTec AMG Line, and that’s a great name. Because it means the chauffeur-driven-car companies can say to their customers, “We are able to take you to your important meeting in a C 220 BlueTec AMG Line saloon”, and — once the blood has returned to your legs — your colleagues and customers will think you are very important.

Do not be fooled by any of it, though. “AMG” means hundreds of snorting horsepower and an exhaust note from all the noisy bits of the Bible. “AMG Line” means sporty seats, a smaller-than-usual steering wheel and some questionable spoilers and skirts. Oh, and I nearly forgot. Some floor mats with “AMG” written on them. 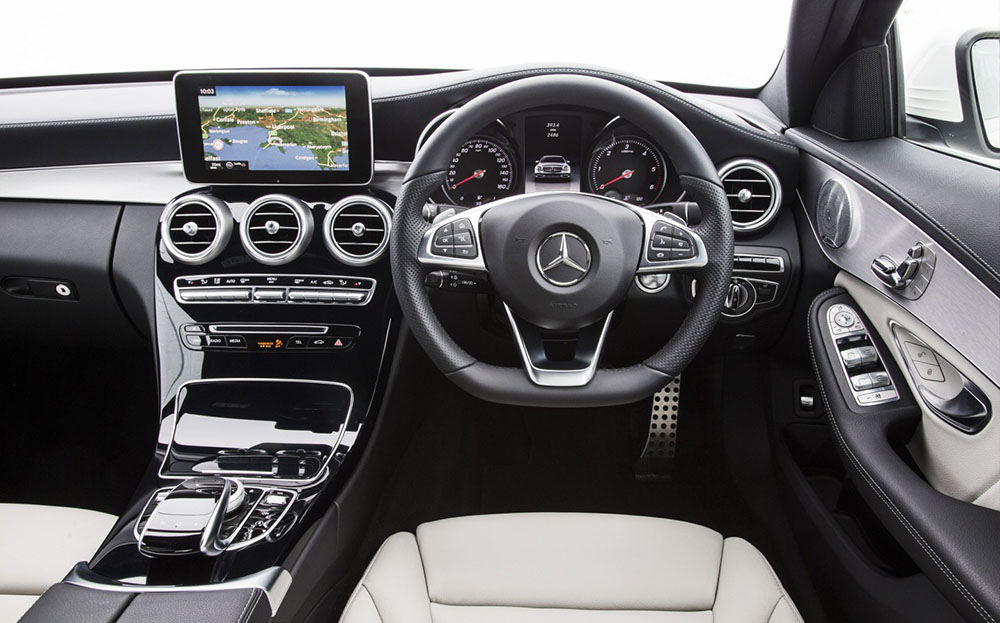 You also get a Garmin Map Pilot sat nav as standard, but almost all the drivers of this car would choose instead to use a tatty-looking TomTom that is connected by 7,000 miles of wire to the cigarette lighter.

To drive? Well, it doesn’t matter, because you’ll never have to do that. But, for the record, the 2.1-litre common rail turbodiesel is a gem. It pulls well in every gear and is so smooth that you really do struggle to tell which sort of fuel it’s using.

I’m not sure about the steering, though. It all feels very sudden. And I’m very not sure about the ride. Hysterically, you can set up the suspension to be sporty — no one will ever do that — but even in Comfort mode it can be caught out. Most of the time all is well, but a sudden pothole causes a great deal of juddering, and this is not helped by inflexible, run-flat tyres.

To find out what it might be like as a long-distance companion, I decided to drive from my flat in London to Scotland. But pretty soon, despite my best endeavours, it was moored up in the short-term car park at Heathrow and I was in the arrivals hall with a sign saying, “Mr Wong”.

It had used very little fuel in getting there. And attractive lease plans are available. That’s all any potential customers need to know.

And you? Well, take this as a friendly piece of advice from me. If you are Mr Wong and you do find that the company has sent a C 220 BlueTec AMG Line saloon to pick you up, send your boss a letter of resignation, and then sit in the front and chat to the driver as if he’s your best mate.

Because that’s the critical point Camilla Long needs to understand. In most chauffeur-driven cars it is strange and even tragic to travel in the front. But in a C-class it’s most definitely the other way round.

Sit in the front and all will be well