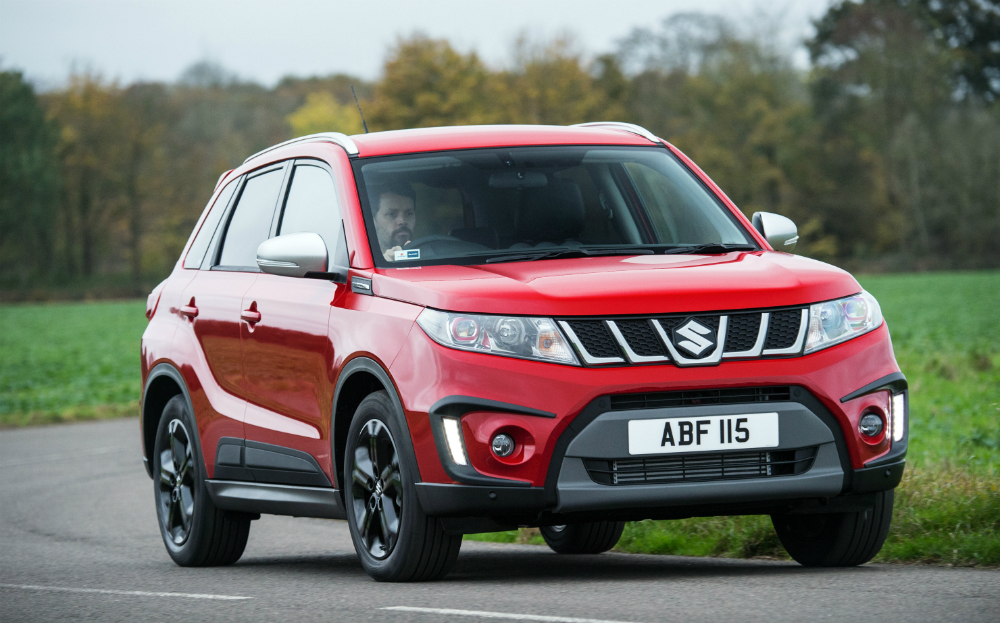 BACK IN the 1950s, when James May was an old man and everyone on the radio sounded like the Queen, Hillman launched a two-tone version of its Minx saloon called the Gay Look. Autocar magazine was very impressed and put it on the cover, under the headline “Go gay with Hillman”.

I’m not sure why I’ve brought that up. Perhaps it’s because I’ve been thinking about the old Suzuki jeep. Actually, Jeep is a registered trademark, so we can’t call it that. And we can’t call it gay either. But you know the car I mean: the SJ410. That sit-up-and-beg runabout that was popular with hairdressers and airline stewards in Brighton in the 1980s. God, it was terrible. Putting the roof on was more complicated than building a circus marquee, and it never quite fitted properly, which meant that if you actually wanted the poppers — oo-er — to do up, you had to use your fingernails to stretch the fabric until they all came out.

So then you’d have no fingernails and you’d think life couldn’t possibly be worse, but it was, because then you’d have to get inside and go for a drive. Except you didn’t drive a Suzuki SJ. You bounced. It was fitted with the same suspension — and I mean exactly the same — as you would find on a medieval ox cart.

This meant that it was simply a system for suspending the body. And that’s all it did. It had less give than a dining room table, so if you ran over a speed hump at anything more than 15mph, you took off. And then you bounced down the road with blood pouring from your ruined fingers until you hit the next speed hump. Or a manhole cover. Or a small piece of gravel. Which would cause you to bounce into a parked car, or a lamppost.

On a motorway things were extremely scary, because in an accident the car could bounce and then land sideways, which would cause it to roll over. And because it was a convertible, your head would come off and then you’d be gouting blood from your severed neck as well.

Happily, the top speed was very low. Or at least I think it was. It’s hard to say for sure, because once you got above about 40mph, the noise from the 1-litre engine was so enormous that your ears would start to bleed.

And then we get to the steering. There was a wheel, which gave you hope, but any attempt to use it as some kind of directional control device was pointless. Because when you are bouncing, the wheels are mostly off the ground and, as a result, you have no real say in where you’re going. Once, I drove a Suzuki SJ and ended up at Spurn Point in East Yorkshire. 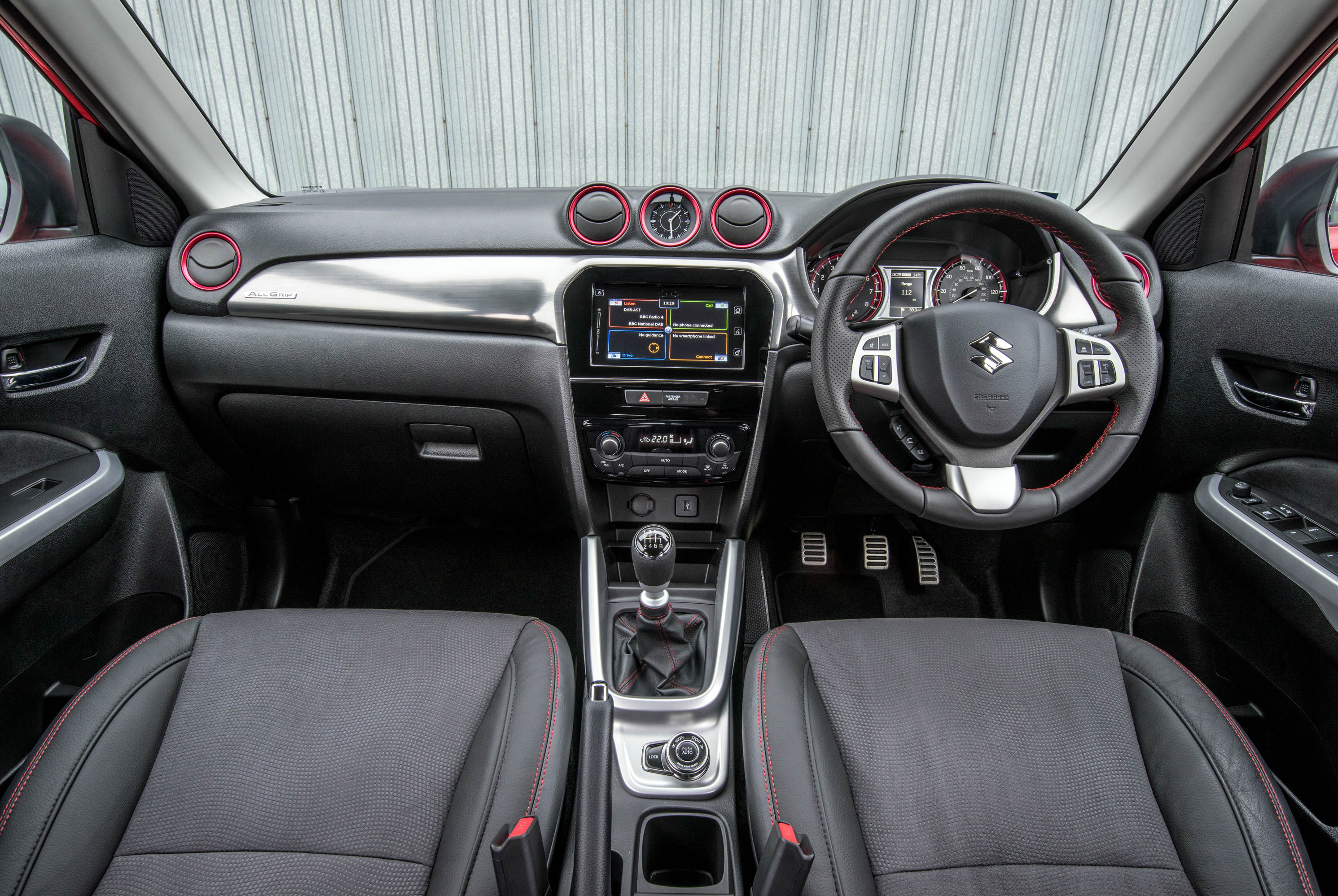 And the prospect of driving back to London and possibly ending up by mistake in Paignton was so awful that I seriously considered staying there for ever. A lifetime in Hull? It’s better than three hours on a motorway in an SJ.

Weirdly, however, on holiday I would often rent an SJ. It was a cheap way of putting some wind in my hair. And around town, on a sunny day, it was an unusual and rather endearing alternative to the hatchback norm. It was cheaper, too.

I hate the fakery of small SUVs, the way they seem to suggest they are rugged and sensible four-wheel-drive off-roaders that will work at a gymkhana, but actually they’re just expensive, ugly hatchbacks.

If I’d had a farm, or a shoot, or some kind of agricultural job back then, I’d have had an SJ, because it had four-wheel drive and it was fitted with nothing other than four seats and a couple of windscreen wipers. So there was nothing to break. That car? It was horrid. But it was honest.

Today, the spirit of the SJ lives on. The modern Suzuki Jimny is certainly safer. But it has a permanent roof, so the main appeal of the original is gone. Shame.

There are glimmers of the spirit in the larger Vitara, too. But even in the apparently sporty 1.4 S model I drove, they are buried beneath a Terry-and-June suet pudding of bland, inoffensive, dreary, lacklustre, unimaginative pigswill. This car is wilfully boring. They’ve painted the wheels black and the air vents nail-varnish pink in a desperate, last-minute bid to give it some soul, but it hasn’t worked. Partly because the exterior of my test car was red. And red and pink work together only in the mind of the Queen’s interior designer.

I pretty much hate all the small SUVs. The Nissan Juke. That Renault thing. The Ford with the sliding doors. There’s a Vauxhall, too. No idea what it’s called. I hate the fakery, the way they seem to suggest they are rugged and sensible four-wheel-drive off-roaders that will work at a gymkhana, but actually they’re just expensive, ugly hatchbacks.

The Vitara has another problem. It feels quite astonishingly flimsy and cheap. The rear doors couldn’t weigh less if they’d been made from tracing paper, and the dash has less of a robust feel than a supermarket carrier bag. 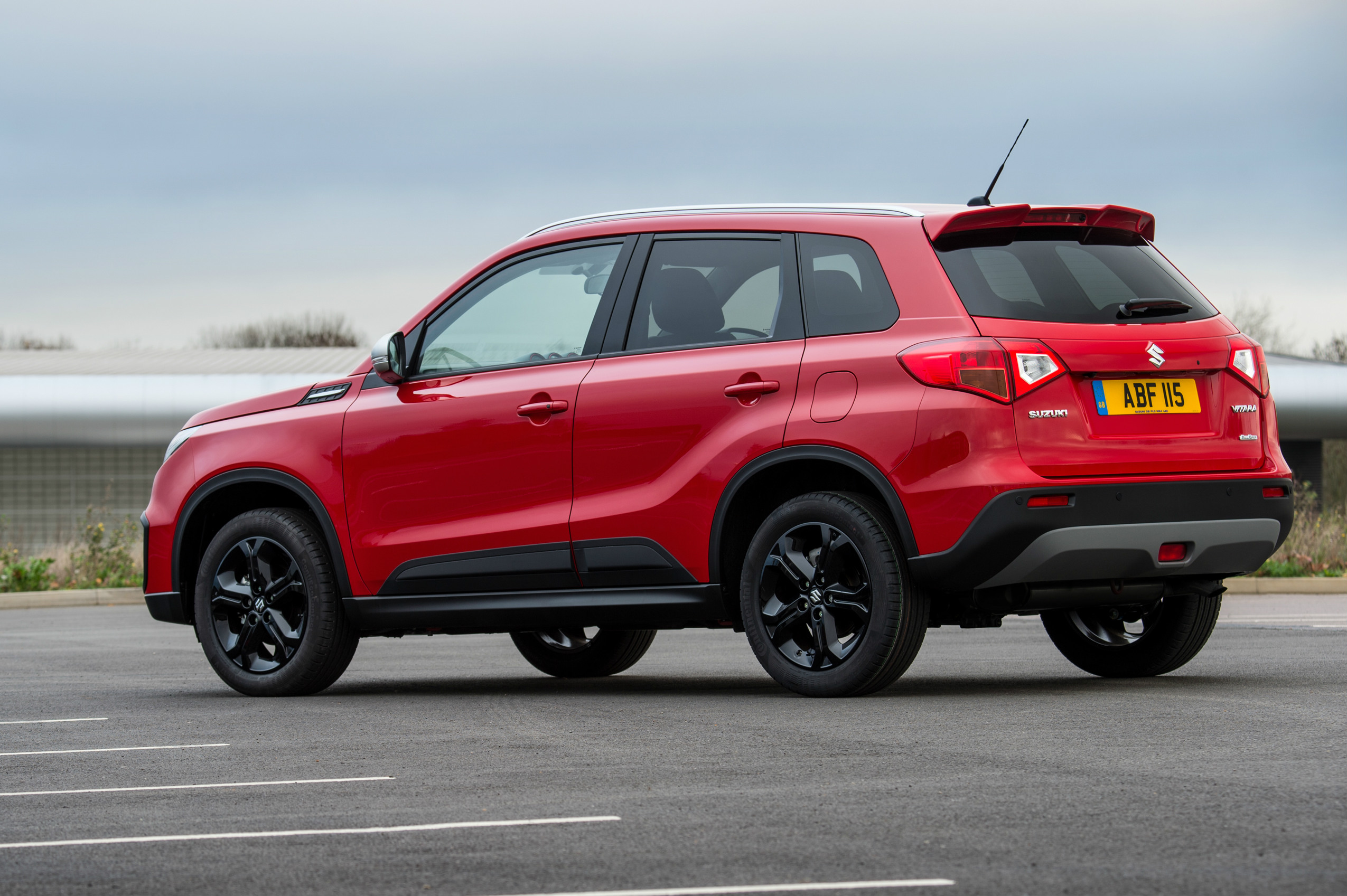 However, there’s an upside to this. Because there’s no substance at all to any of the components in this car, it weighs a bit less than a mouse. And that means it is more fuel-efficient and faster than it would be if it felt heavy and durable.

And there’s more. My car came with a reasonably sophisticated four-wheel-drive system, so it actually could go into gymkhana car parks. And then come out again.

A little more digging reveals that, for the money, you get quite a few toys as standard. There’s DAB radio, which cuts out if you’re near a building, and all sorts of “connectivity”, whatever that is. You even get a system that beeps if it thinks you are going to run into the car in front. That sounds tremendous, but it was plainly set up by the winner of last year’s butter-side-down award, because, ooh, it was pessimistic. “Beeeeep,” it would shriek, as you joined the A1 in London. Because, in its mind, you were definitely on a collision course with Edinburgh Castle.

Other issues. Well, getting in and out’s not easy, because the roof line is too low — it’s worse, apparently, if you have the panoramic sunroof. And putting just about all the controls on the central screen may have sounded a good idea in a meeting, but in practice it doesn’t work at all. When a nasty song comes on the radio, it takes you a long time to find your spectacles, and even longer then to find the volume graphic.

There’s plenty, then, to not like in this car. It’s very boring to look at, it feels more flimsy than pretty much anything on the road and there are some practical annoyances. But hidden beneath all this is an honest little car, and one that is quite likeable. It drives well, zooms along and is made in Hungary, which is a byword for good quality.

If you have a not-very-successful fencing repair business, it might be just the job.