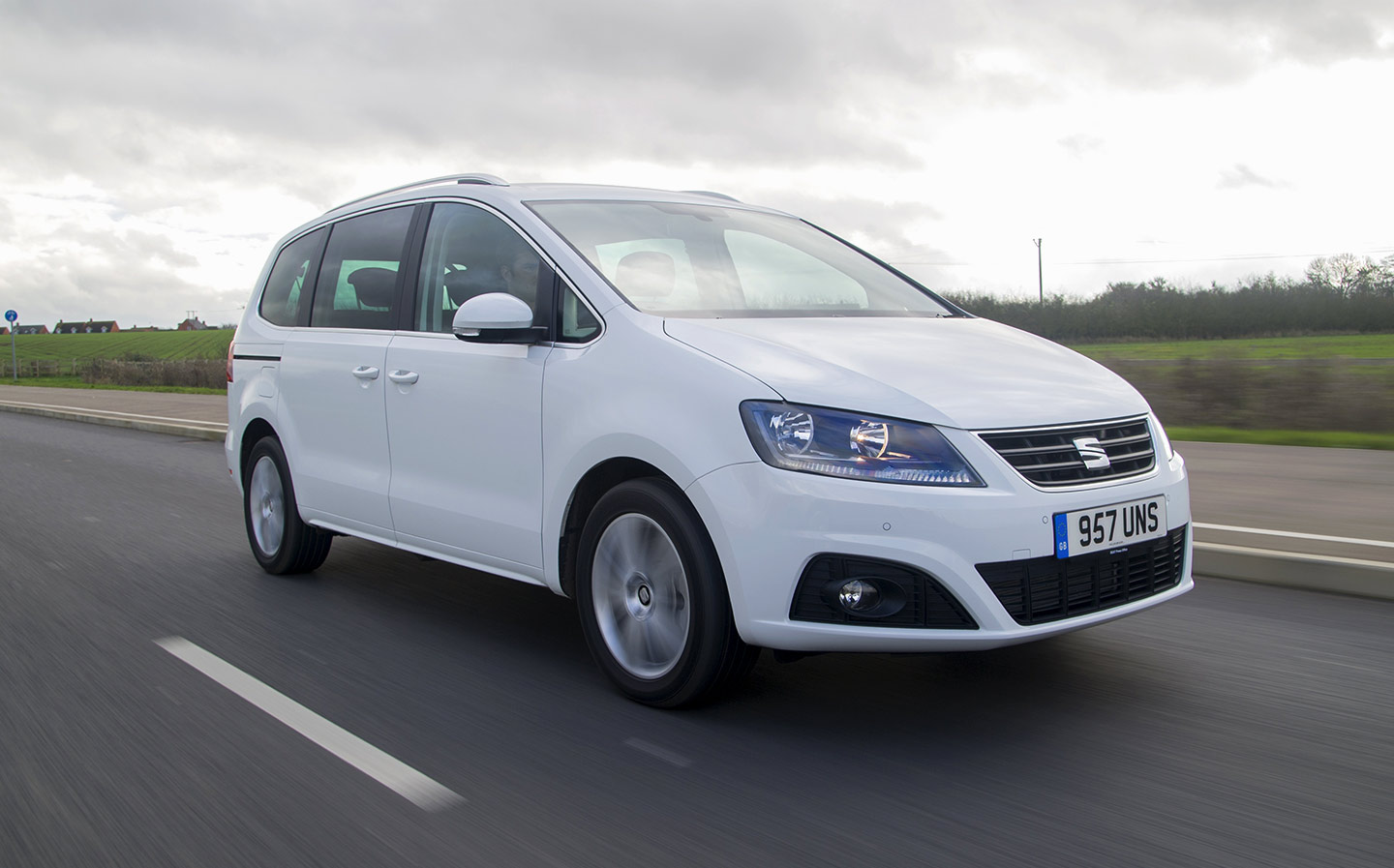 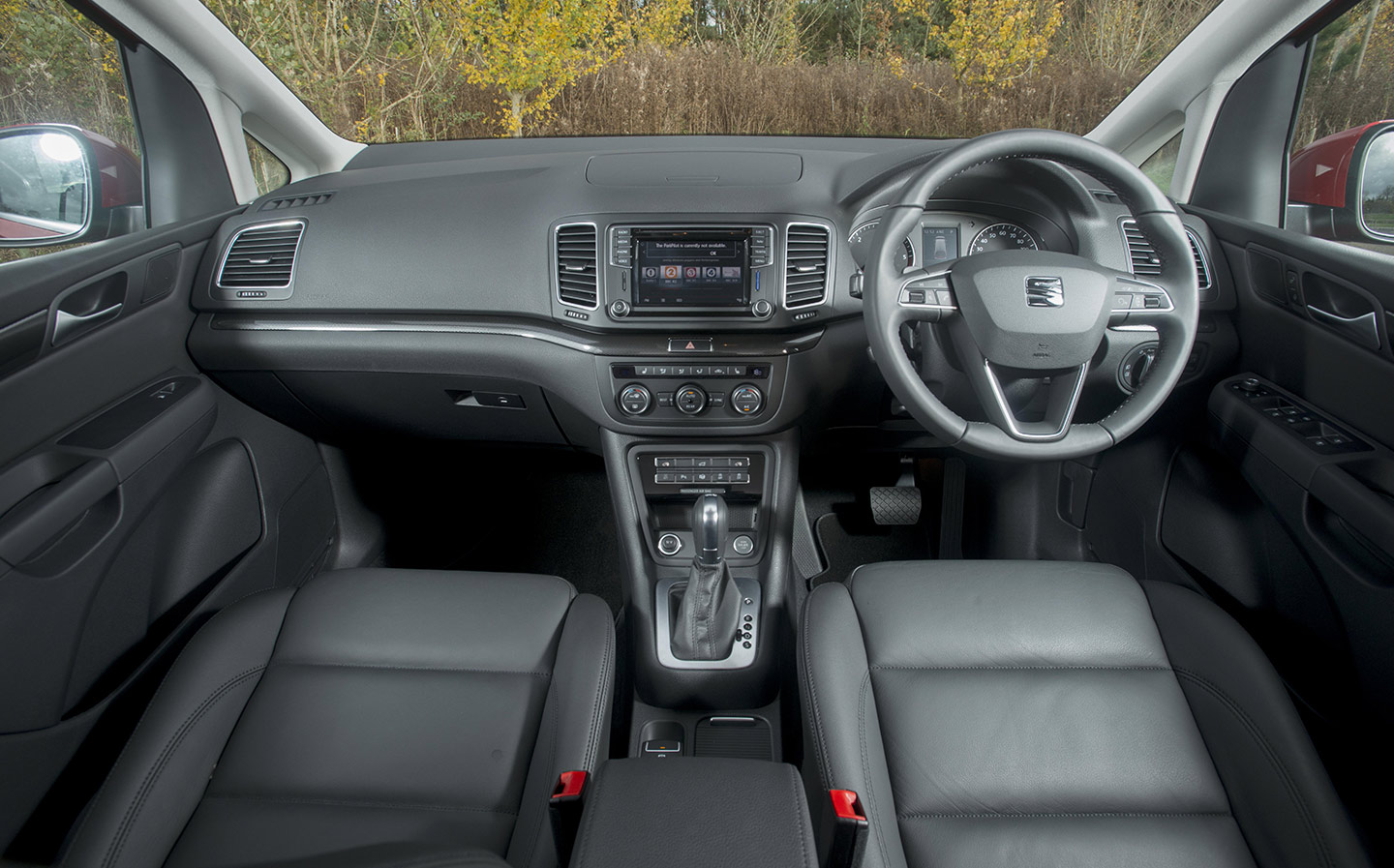 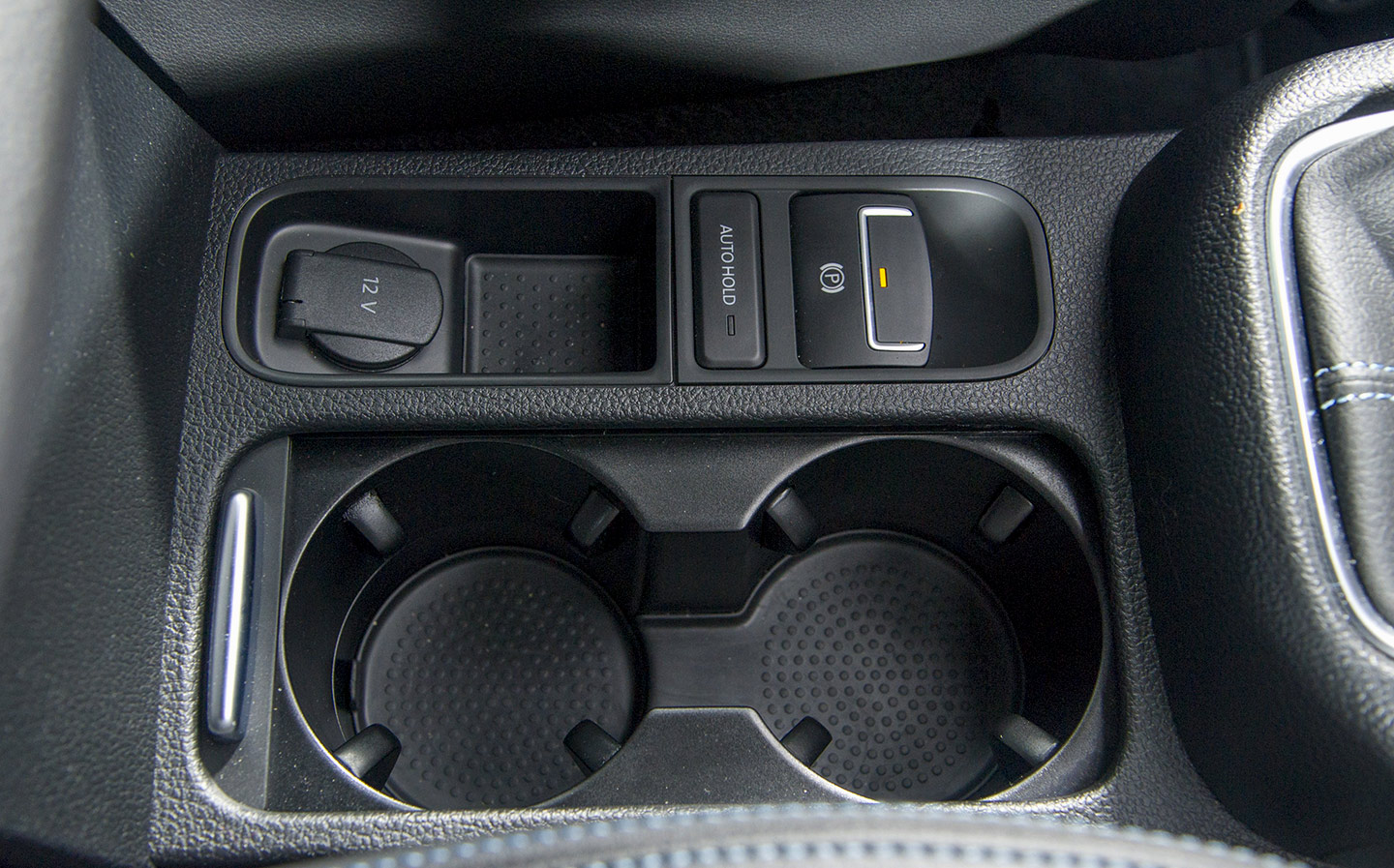 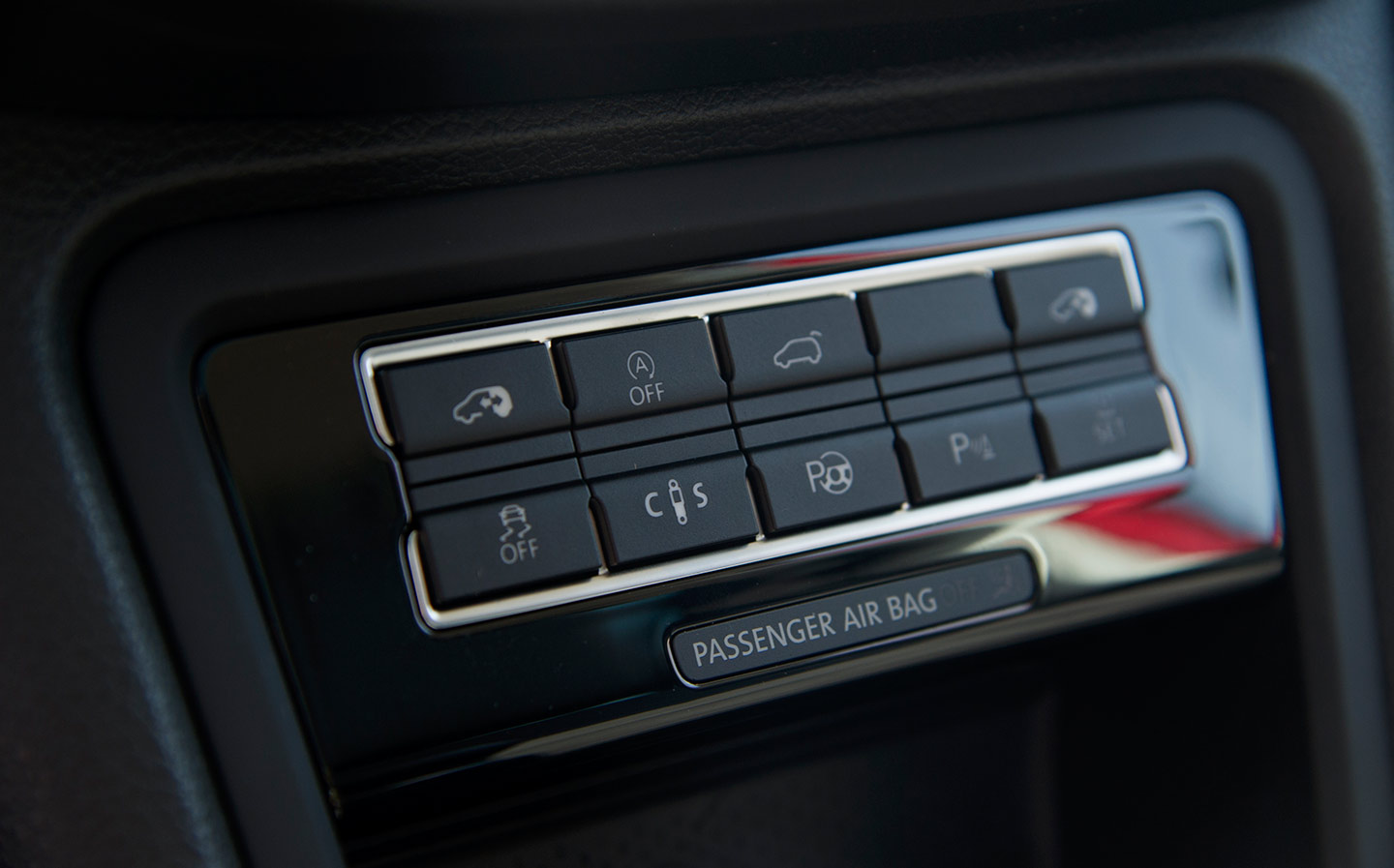 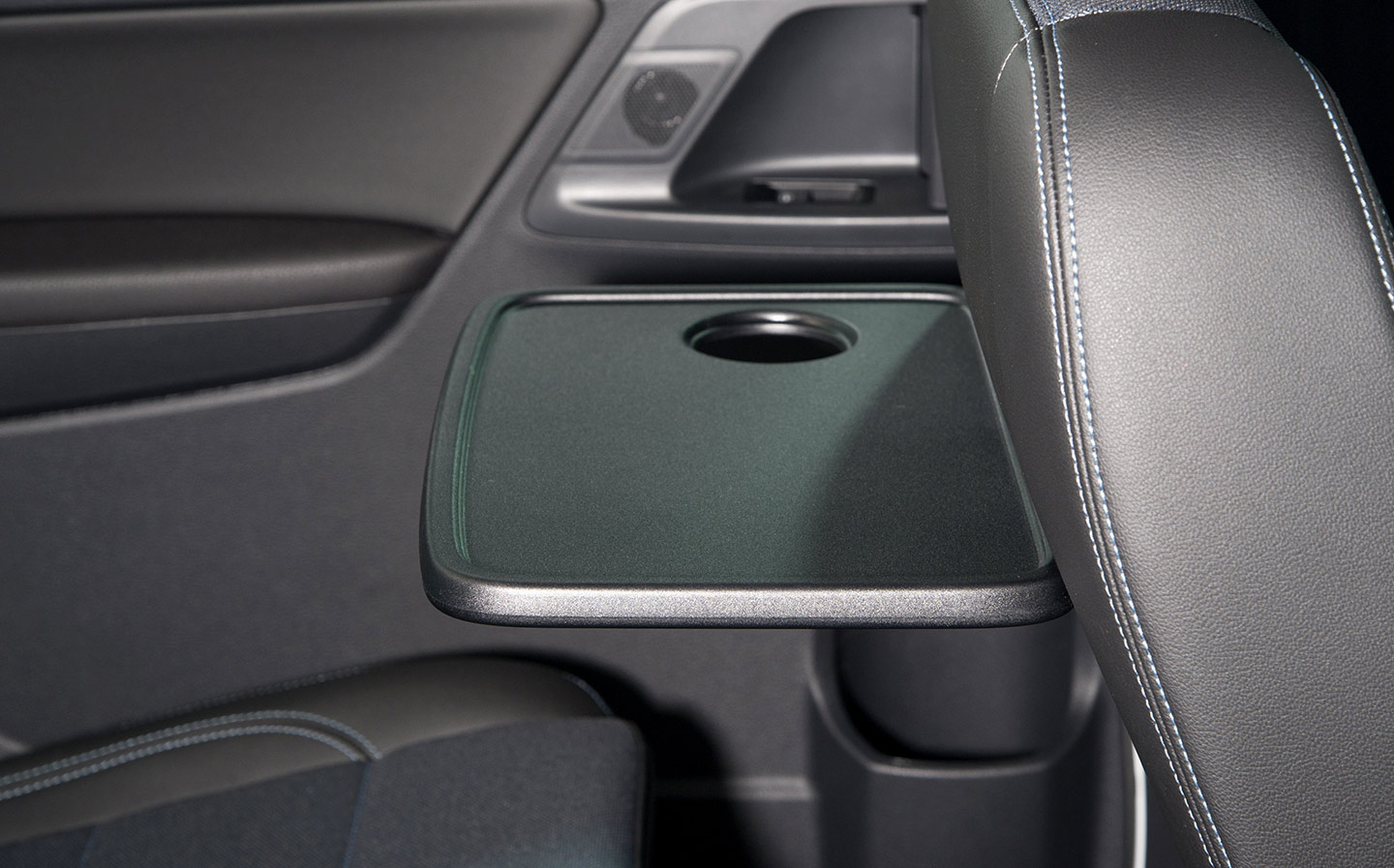 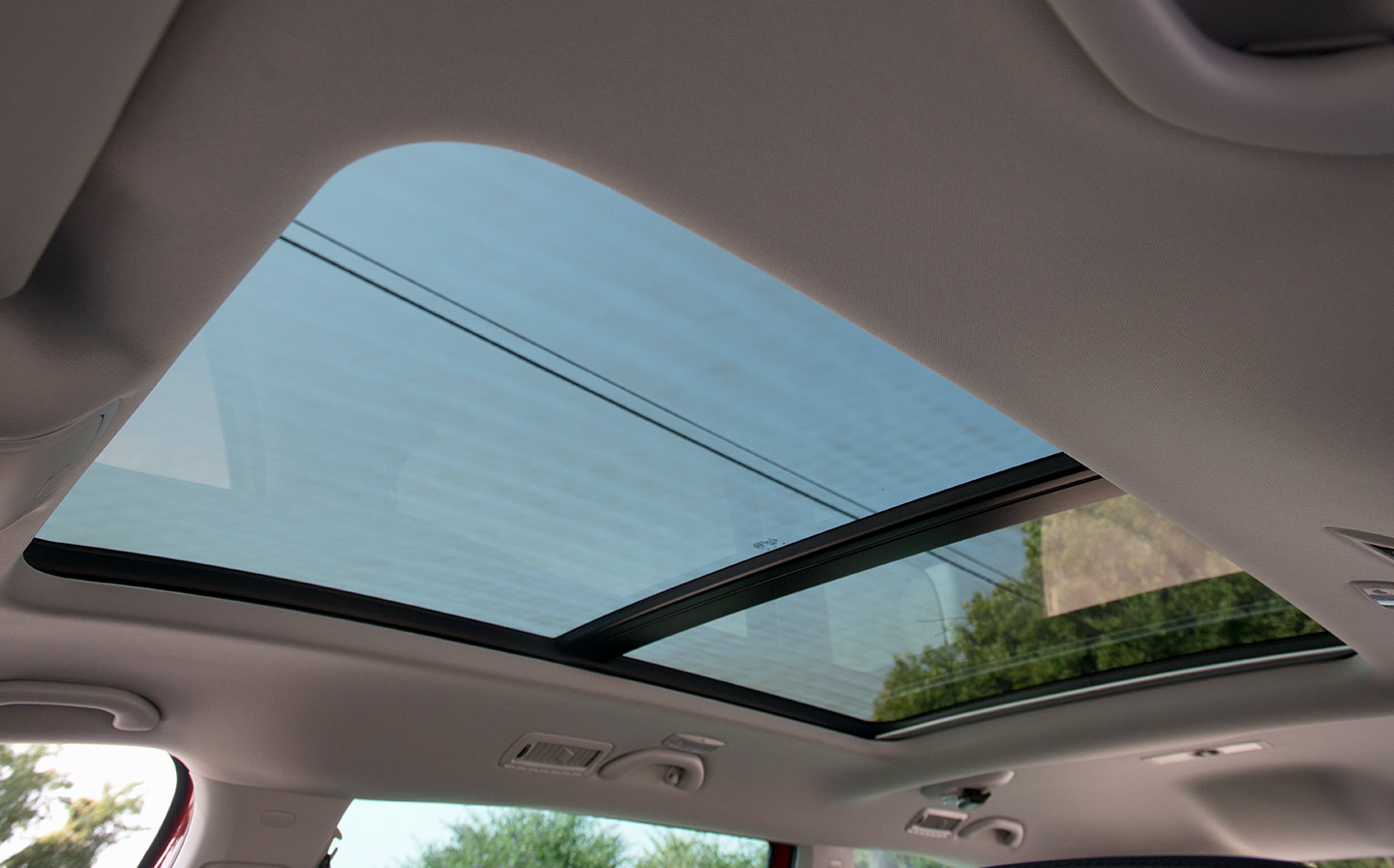 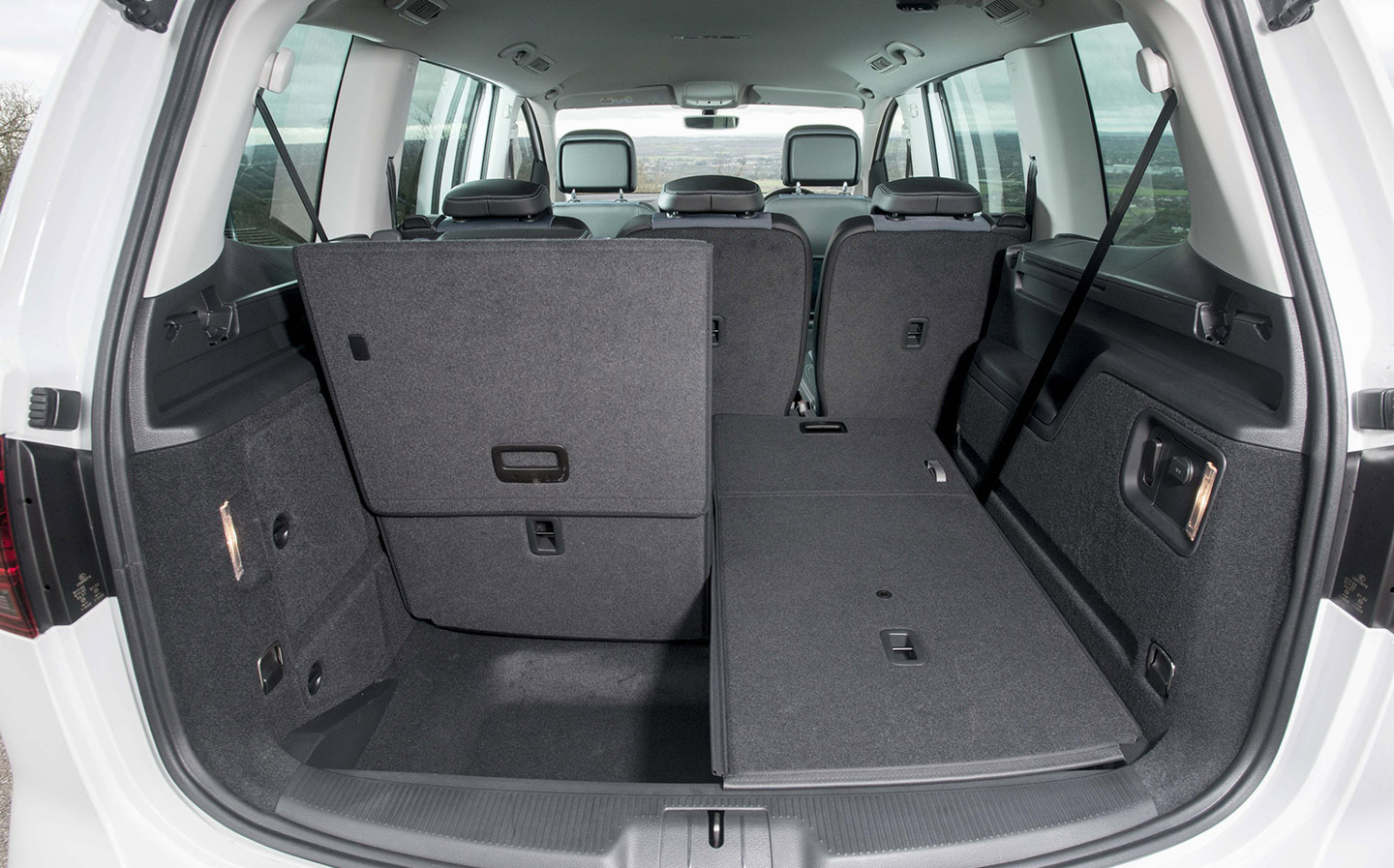 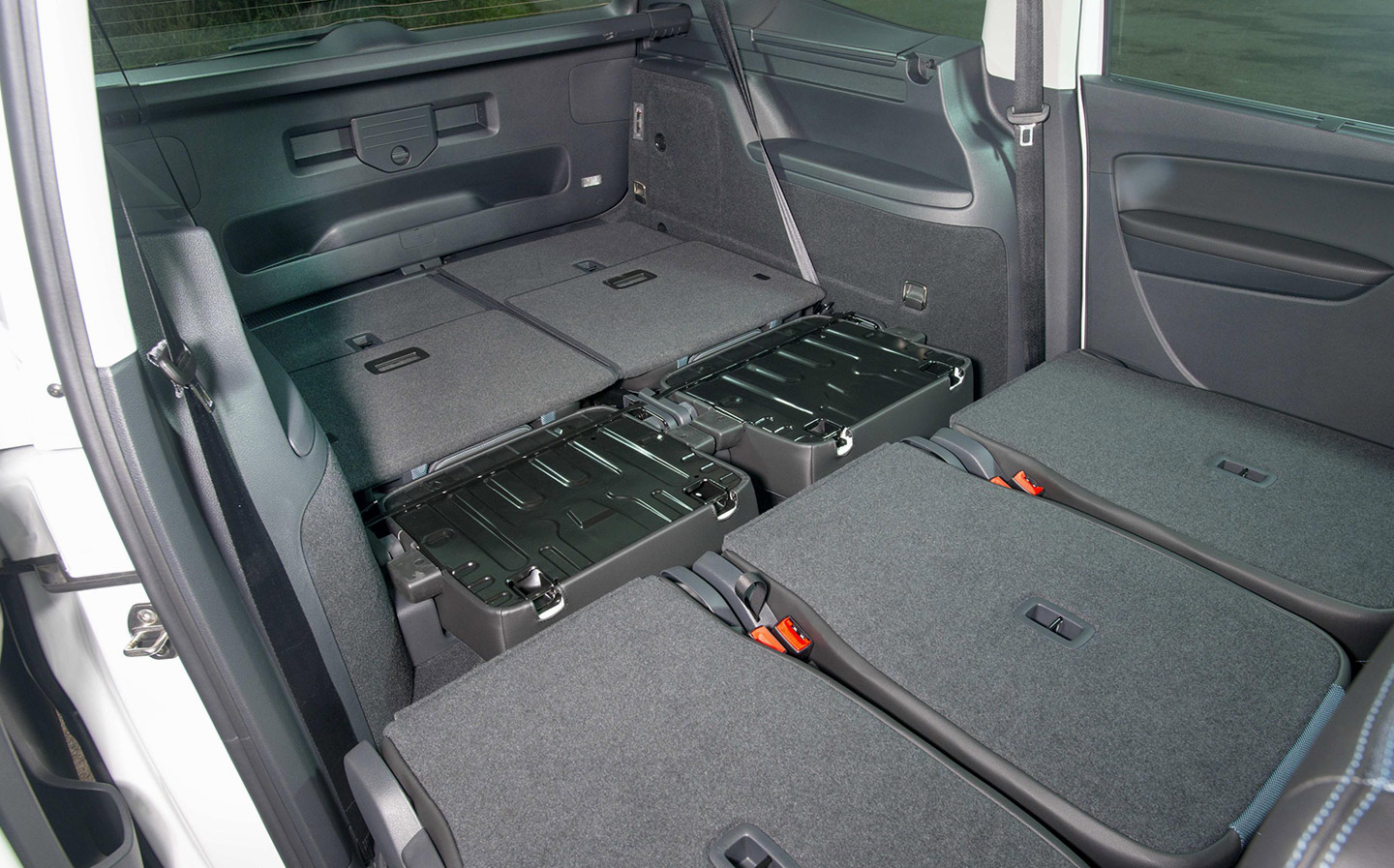 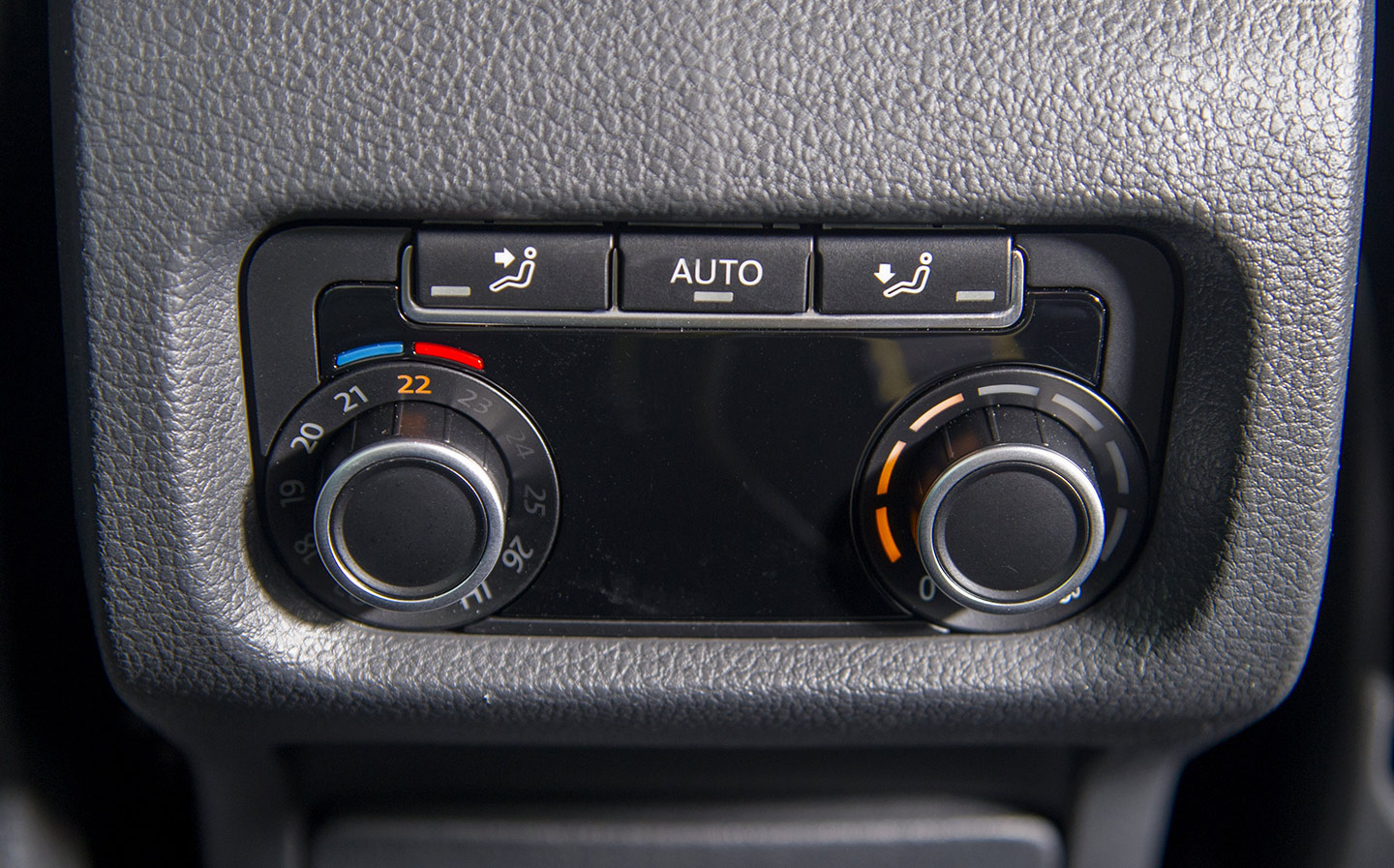 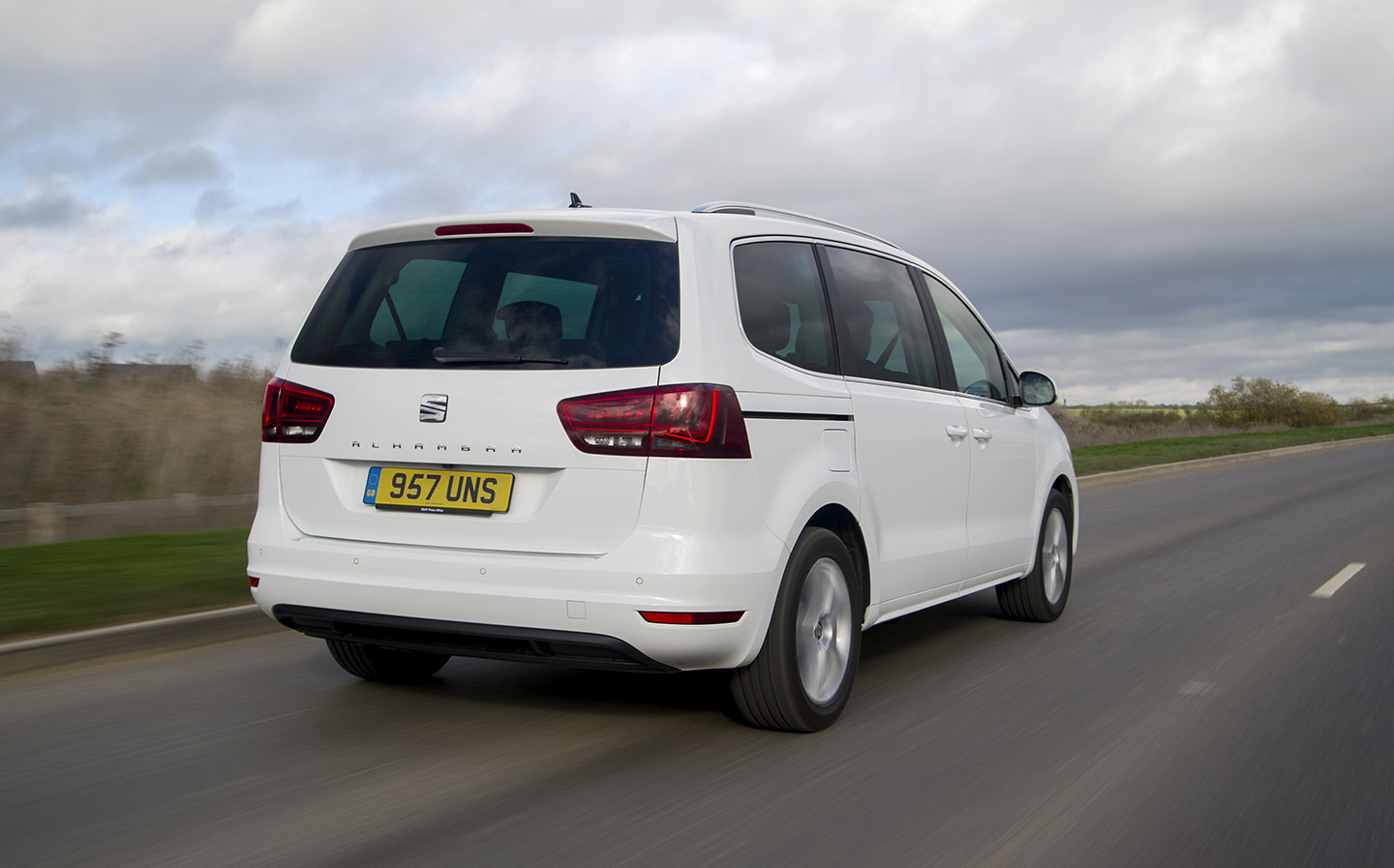 IS THIS the last of the Alhambras? Reports that the practical seven-seat people carrier is to be killed off in 2018 are premature, according to Seat UK, but the word on the street is that the Alhambra is to be the latest victim of the boom in demand for SUVs.

That’s despite an increase in sales in Britain every year since the second-generation model was launched in 2010. It seems the humble MPV is falling out of favour as fashionable “soft-roaders” flood our highways.

If you’re simply after maximum car for your money, it’s hard to fault the Alhambra. And the fact that it’s falling out of favour may mean you can strike a good deal on a new or a used one.

In fact, the most surprising thing about this big Seat is the price. The bodywork is styled with Seat’s trademark sharp creases, but mechanically it’s the same as a Volkswagen Sharan. And if you were to buy a Sharan equivalent to our Alhambra 2.0 TDI Ecomotive 150 SE test car, you’d pay an extra £1,245. To add insult to injury, VW will charge you £600 to deliver the car, whereas Seat does it gratis.

View the Seat Alhambra MPVs for sale on driving.co.uk

Despite the cavernous interior, driving an Alhambra is not like driving Transit van. It measures 4,854mm long, which is actually shorter than a Ford Mondeo saloon. The Alhambra is wider, though — 1,904mm —so you’ll need to breathe in when you pass through width restriction bollards, but it does accommodate three proper, individual seats in the second row, each with Isofix points and able to slide back and forth independently.

Access to the second row is via sliding rear doors, which makes getting a child seat in and out a doddle. Bigger kids will like the airline-style tray tables on the back of the front seats, though, unlike in the seven-seat Citroën Grand C4 Picasso, the trays are hinged at the top, which makes them difficult to raise when little knees are in the way.

Smart features of note for parents include the built-in rear window blinds, which roll out from the door trim, and the seat squabs that can be raised up into boosters for when your children outgrows their child car seats.

With the third row of seats in place, the boot is tall but not deep, offering only 267 litres of space, but fold the seats flat — in one easy movement — and you’re up to 658 litres. Fold both rows flat and you can pack in 2,297 litres of gubbins, which does give this car an almost Transit-like appeal: if ever there were a car built for dropping off a teenage child for their first term of university, this is it. And with numerous cubbyholes, including a fairly deep one in the centre of the dashboard, it has plenty of places for an overwrought parent to hide the Kleenex.

The driving position is high but still very much that of a car — Mum or Dad won’t feel like a van driver. The dashboard is laid out just like the Sharan’s, with the same instrument binnacle and touchscreen infotainment system. The Alhambra even has the same tech, including smartphone pairing via MirrorLink, Apple CarPlay or Android Auto. It’s a smart, good-quality cockpit with a pleasing combination of hard and soft materials.

If only it weren’t so dark — there are more vibrant colours in a teenage goth’s wardrobe. Thank goodness you can, in some variants of the Alhambra, choose Buffalo brown leather upholstery. Wild.

Other criticisms? You don’t get central armrests between the driver and passenger seats, as you do in some MPVs, and the transmission tunnel protrudes into the cabin, restricting foot space below the middle of the second row of seats. Not all MPVs have this problem.

There are five trim levels to choose from: S, SE, Connect, SE Lux and FR-Line. The top two, SE-Lux and FR-Line, include a rear-view camera and an electrically powered tailgate and rear doors. Remember that high-spec cars tend not to hold on to their extra value in the used market — SE offers the best balance between cost and kit, in our view, and anyway all versions of the Alhambra come with front and rear parking sensors, which are perhaps the one bit of tech you really need on a car as boxy as this.

Under the bonnet you can have a 1.4-litre turbocharged petrol engine, producing 148bhp, or a 2-litre diesel with either 148bhp or 181bhp. The petrol engine is available in only the lower-spec cars (with manual transmission) and doesn’t offer the same kind of fuel economy as the diesels, but it is still acceptably frugal — 43.5mpg in the combined cycle — and can propel the big Alhambra from 0 to 62mph in 9.9 seconds. The range-topping 2.0 TDI CR 184PS will do the same sprint in 9.4 seconds and gets an official 53.3mpg. Opt for the DSG automatic gearbox and it’s even sprightlier, shaving half a second of the 0-62mph time without altering the economy.

Our test car had the 2.0 TDI Ecomotive 150PS engine, which is the most economical (56.5mpg combined). That’s on paper, though — we managed only a little more than 40mpg on the A3, a flowing 50mph triple carriageway, and mid-thirties through town. Then again, this is a big car, and its power delivery was effortless and smooth at all speeds. Still, the latest Citroën C4 Picasso and Renault Scénic engines outperform the VW Group’s current MPVs for economy.

The Alhambra’s steering is slow to respond, and at slow speeds around town you need to turn the wheel more than you might expect, but it has a good weight and feel to it. The manual transmission is also a bit of a chore in stop-start driving, with a heavy clutch, so the DSG box will make more sense for urban drivers.

The Seat Alhambra has much going for it, not least its vast interior space and its competitive price. It’s a shame the interior doesn’t have the joie de vivre of French seven-seaters, and the engines fall a little short too, but the Alhambra is beautifully put together and distinguished and makes for a solid long-distance family cruiser.

To get maximum value for money, it might be worth waiting to see if it’s killed off and replaced by an SUV in the near future.