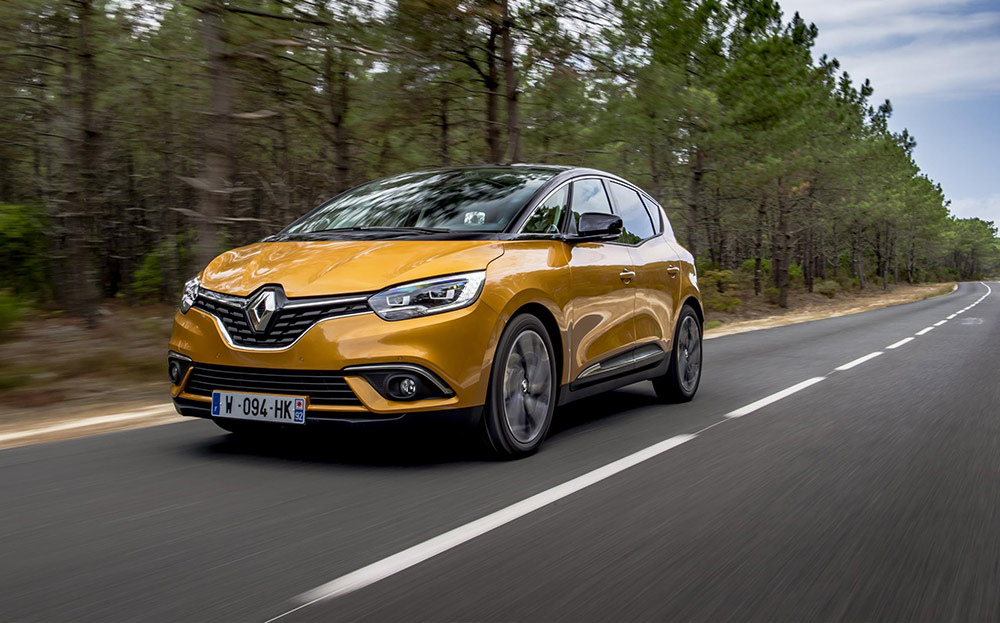 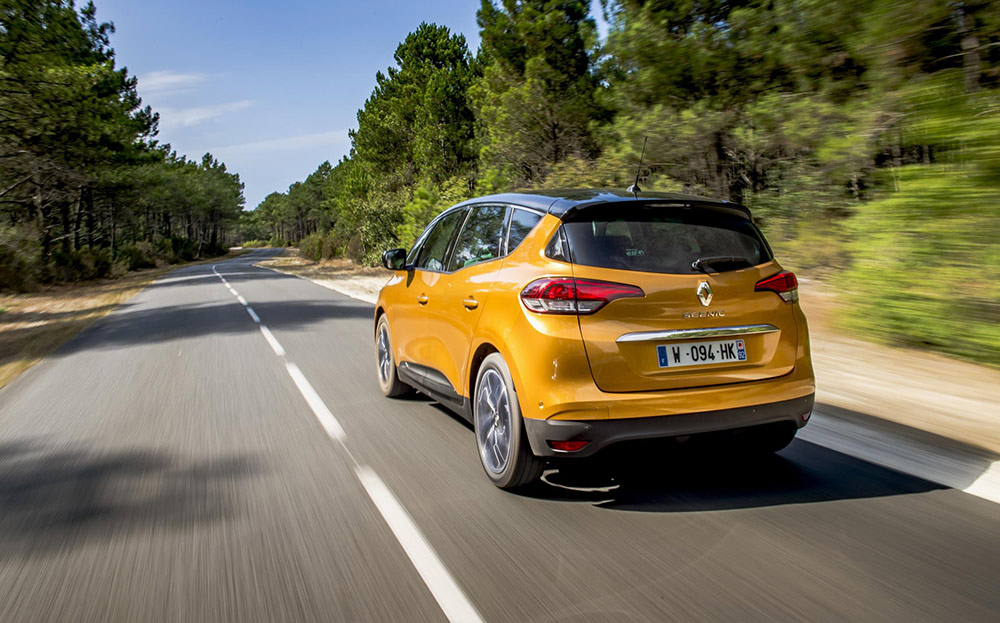 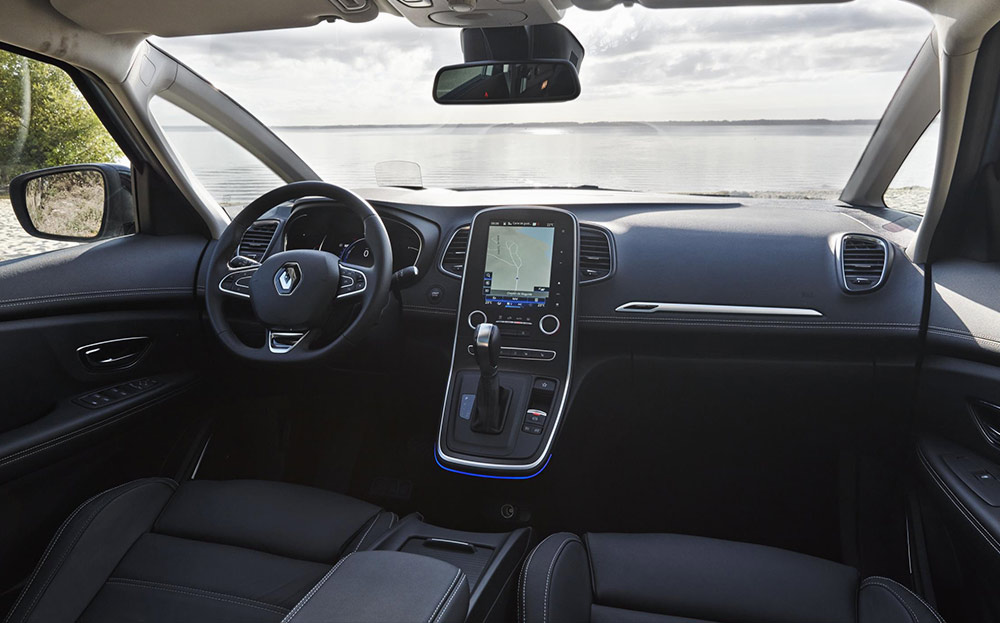 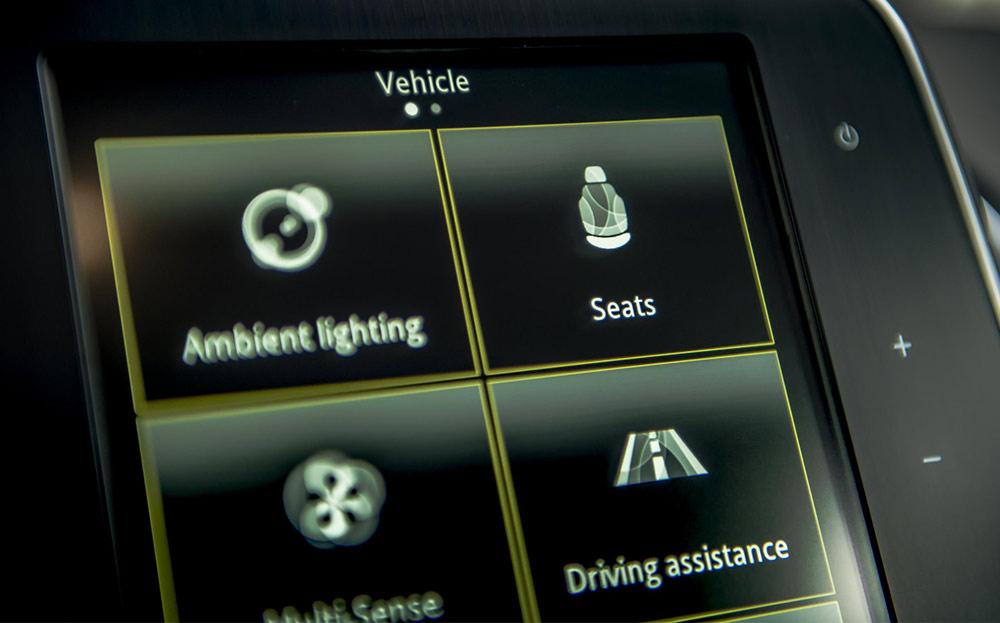 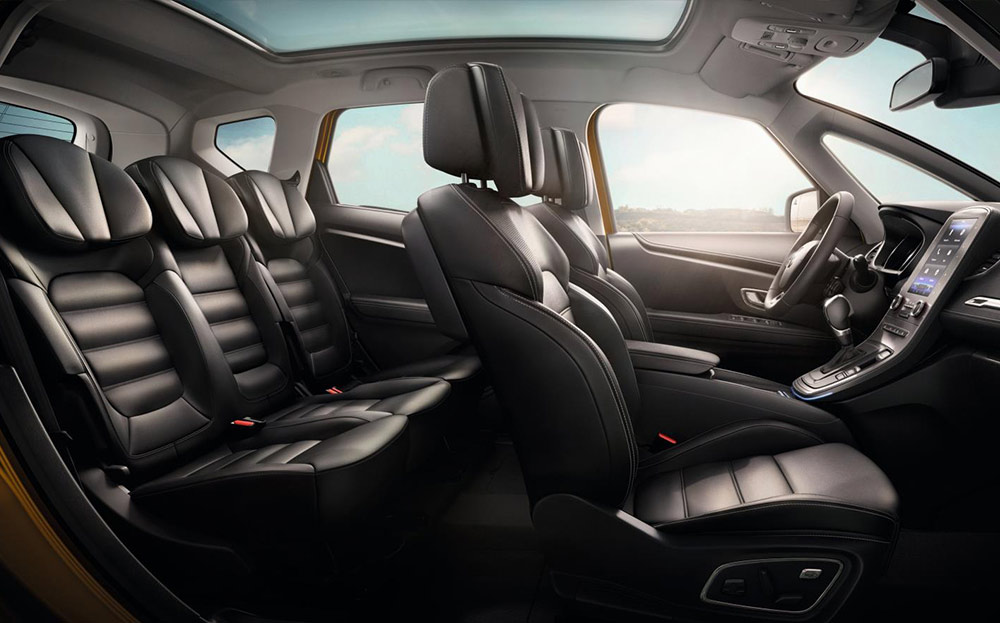 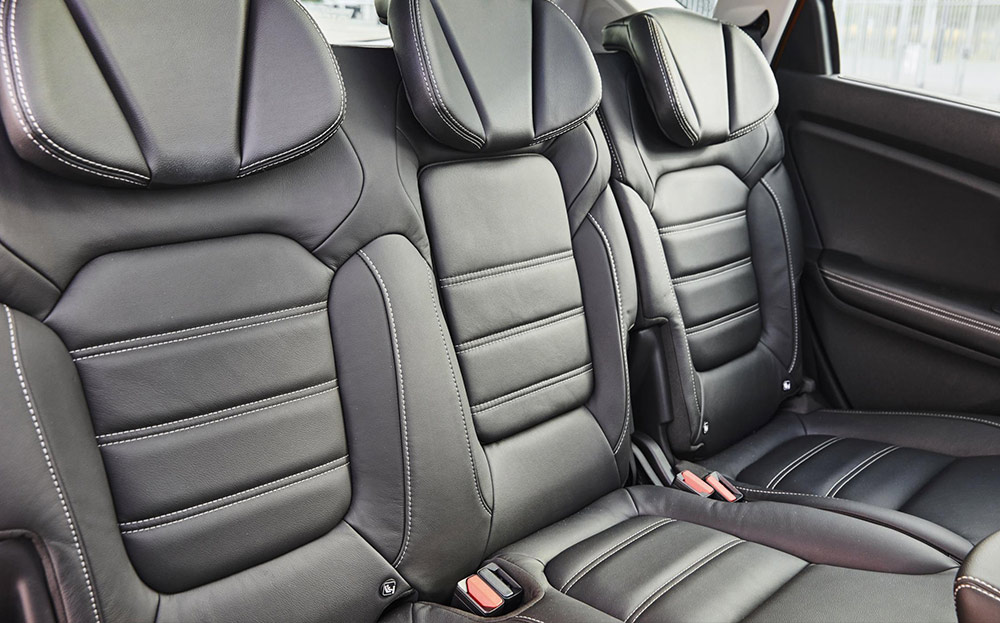 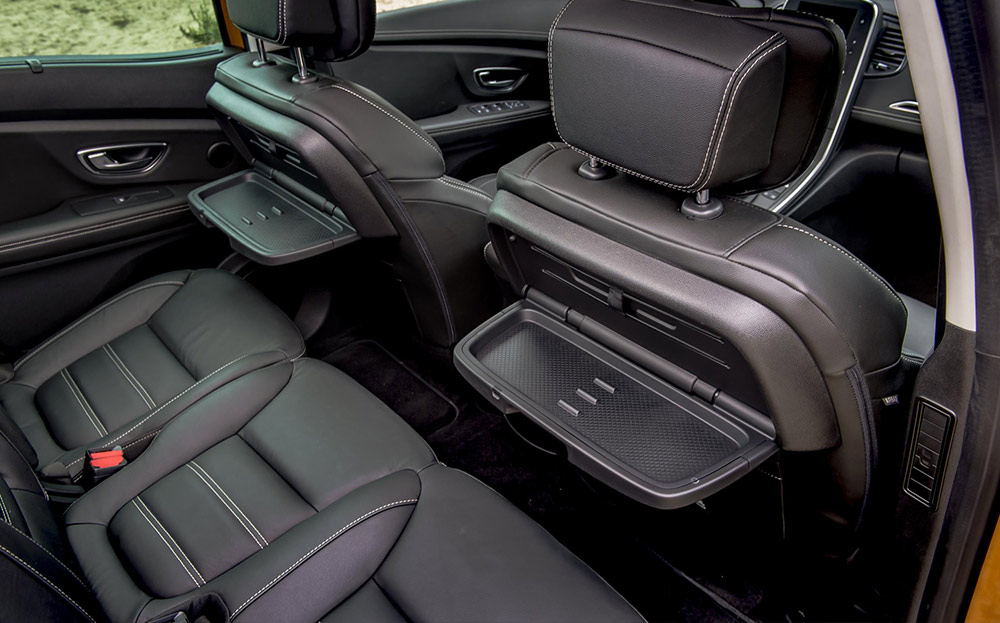 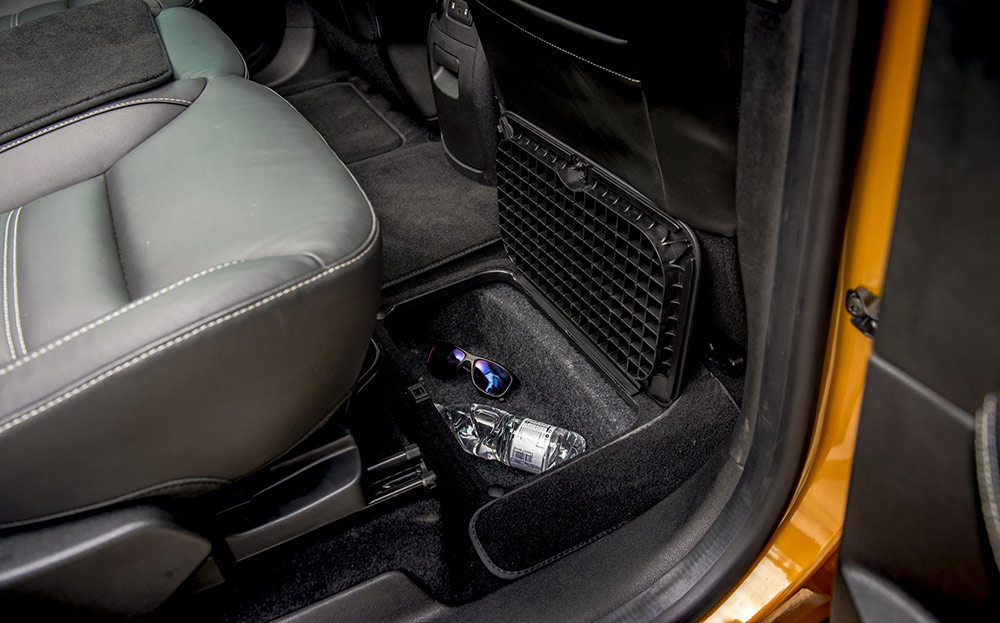 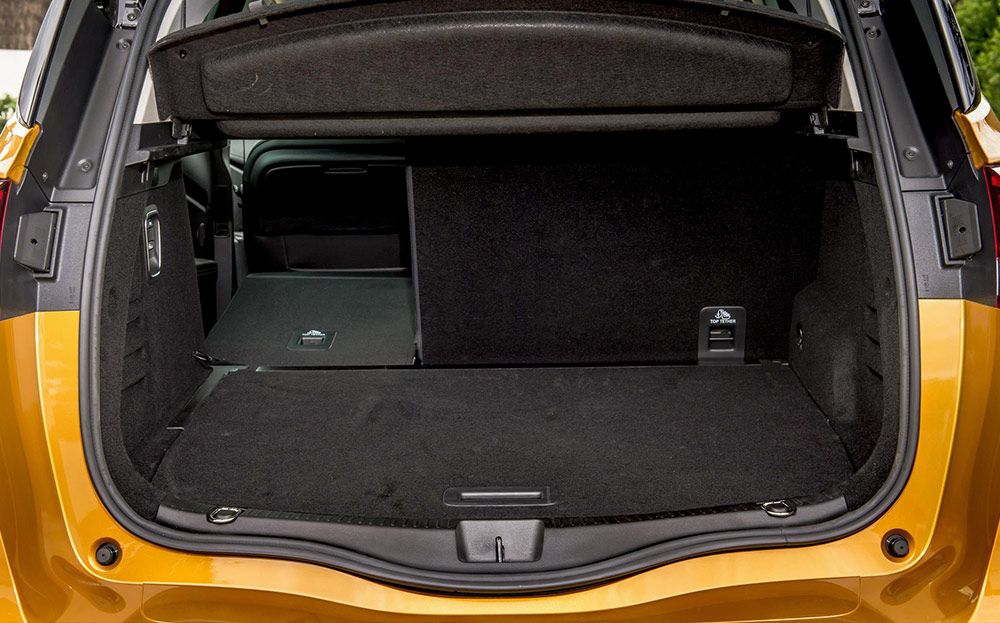 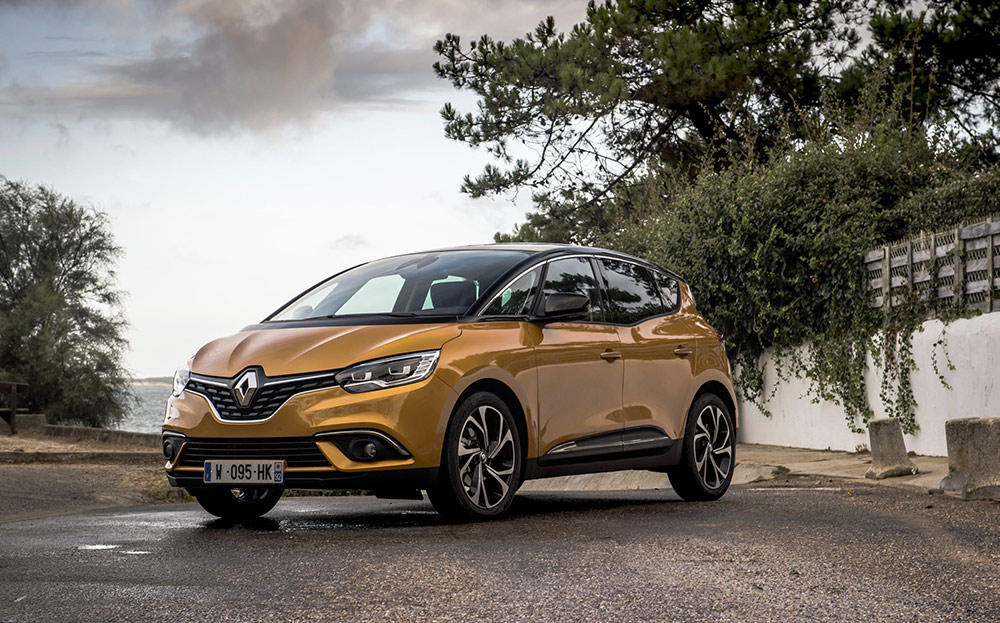 TWENTY YEARS ago the Renault Mégane Scénic started a trend for cars that were about the size of a VW Golf but taller and versatile enough to cope with the demands of a busy young family.

Overnight, families were liberated from their dull hatchbacks. Children were granted a lofty view of the world around them, underfloor storage compartments for their Power Rangers figures, individual sliding seats and a boot large enough for trikes and pushchairs.

It was a hit: millions of Mégane Scénics were sold across Europe, spawning legions of imitators including the Citroën Xsara Picasso, Vauxhall Zafira and Ford C-Max.

View the Renault Scenic cars for sale on driving.co.uk

Today all these cars still exist but they face tough competition in a changed market. Crossovers and SUVs are the new family favourites now. Renault even makes one. It’s called the Kadjar. What’s more, it’s built on the same platform as the Scénic.

So how does Renault hope to revive the appeal of its new, fourth-generation MPV? With an injection of style, apparently. “The old Scénic looked like Mum and Dad had grown bored with each other,” said Laurens van den Acker, Renault’s chief designer, at the model’s launch. “The new one looks like they are in love again.”

The Dutch designer added that if this model doesn’t sell, “the MPV segment deserves to die”.

As ever there are two versions of the Scénic: the standard five-seat model and a slightly longer one with seven seats called the Grand Scénic. It comes in four trim levels, ranging from basic Expression+ to Signature Nav. The mid-spec Dynamique Nav will be the big seller.

The new Scénic gets 20in alloys – the same size as a Bentley Continental GT – across the range. Anticipating the concerns of drivers worried about the cost of punctures, Renault says the tyres will cost the same price as the 17in tyres it sells through its dealer network. Whether fast-fit garages will offer the same deal is a moot point.

The seats no longer lift out but the middle ones still slide. There are secret storage compartments (plus a glovebox that shoots open and whacks you in the knees) and a flat floor so passengers can move around and sit comfortably.

In the Grand Scénic, the extra pair of rear seats (you can specify it as a five-seater if you wish) fold away into the floor when not in use. They, and especially the middle row of seats, are quite awkward and heavy to pull up into position but they go back down easily at the touch of a button on all but the basic version.

There’s no shortage of boot space. The five-seat Scénic has a class-leading 572 litres (the Kadjar has 472) and the Grand Scénic, 596 litres. The low, wide and uncluttered boot opening is a boon when you’re loading awkward and heavy objects, or just the pet pooch.

You can just about squeeze three six-footers, including the driver, in the Grand Scénic, one sitting behind the other. Only for short journeys, though. In reality, the rearmost seats of the seven-seater are suitable only for small children, and even the middle row, which splits 60:40, is not particularly spacious. Nor is it especially comfortable, since in both versions of the car the floor is high and the seat bases are low, so your knees are raised. All but the entry-level Expression+ have aeroplane-style picnic tables on the backs of the front seats, which, if you have long legs, can’t be used without splaying your knees.

“Renault’s chief designer said that if this Scénic doesn’t sell, the MPV segment deserves to die”

There’s 13 litres of additional storage space in the centre console. Again, except in the basic model, the console slides backwards and forwards, so rear passengers can use it.

The large windscreen goes a long way to brightening the interior, which is full of dark but high-quality plastics. The huge panoramic sunroof that’s standard on Dynamique S Nav fills the cabin with light and is worth specifying as an option on Dynamique models.

All versions have a touchscreen (it’s 8.7in on high-spec versions), digital radio, dual-zone climate control and automatic headlights and wipers. There’s an impressive level of safety kit, too, including lane departure warning and traffic sign recognition on all versions. High-spec models have parking sensors, a rear camera and a head-up colour display. The new Scénic has already been awarded five stars for crash safety by Euro NCAP.

Engines are a choice of petrols and diesels, some with six-speed manual gearboxes and others with a dual-clutch automatic. The 1.2-litre TCe 130 petrol is a smooth and perky unit but expensive to tax (category D or £110 a year). The more frugal dCi 130 diesel (62.7mpg and £30 to tax) is likely to be the most popular one. The dCi 160 auto is powerful, on paper, but you have to wring its neck to summon up a decent overtaking sprint.

The intriguing engine in the line-up is the dCi 110 Hybrid Assist. Recent reports suggest Renault may stop selling diesels in Europe by 2020 because of the expense of meeting future high emissions standards. The Hybrid Assist may persuade it to change its mind. It has an electric motor and a 48-volt battery recharged by the diesel engine, as well as by regenerative braking.

Unlike in most other hybrids, the battery can’t power the car alone, but it reduces the Scénic’s fuel consumption and emissions by around 10%, while knocking a useful 2% off company car drivers’ benefit-in-kind tax liability. The downside? It costs an extra £1,000.

The five-door Scénic TCe 130 rides quite softly, in part thanks to the tyres’ tall sidewalls, but with some body roll that could disturb younger passengers. Fortunately, the steering is direct and communicative, which boosts driver confidence. There’s a fair amount of wind noise from around 60mph, as well as road noise generated by those large tyres.

The Grand Scénic dCi 160 doesn’t feel quite so sharp. The steering is less direct, the brakes are spongy and hard to control fully at low speeds and the car bounces and rolls more. There’s a lot of wind noise from as low as 50mph around the windscreen pillars, too.

Prices for the five-door Scénic start at around £19,500 and for the Grand Scénic around £1,500 more. Each trim level adds £1,500 to the price. That makes the Scénic one of the more expensive MPVs out there. However, it’s also the best equipped, the most practical and easily the best-looking. Perhaps the MPV isn’t ready to die, just yet.