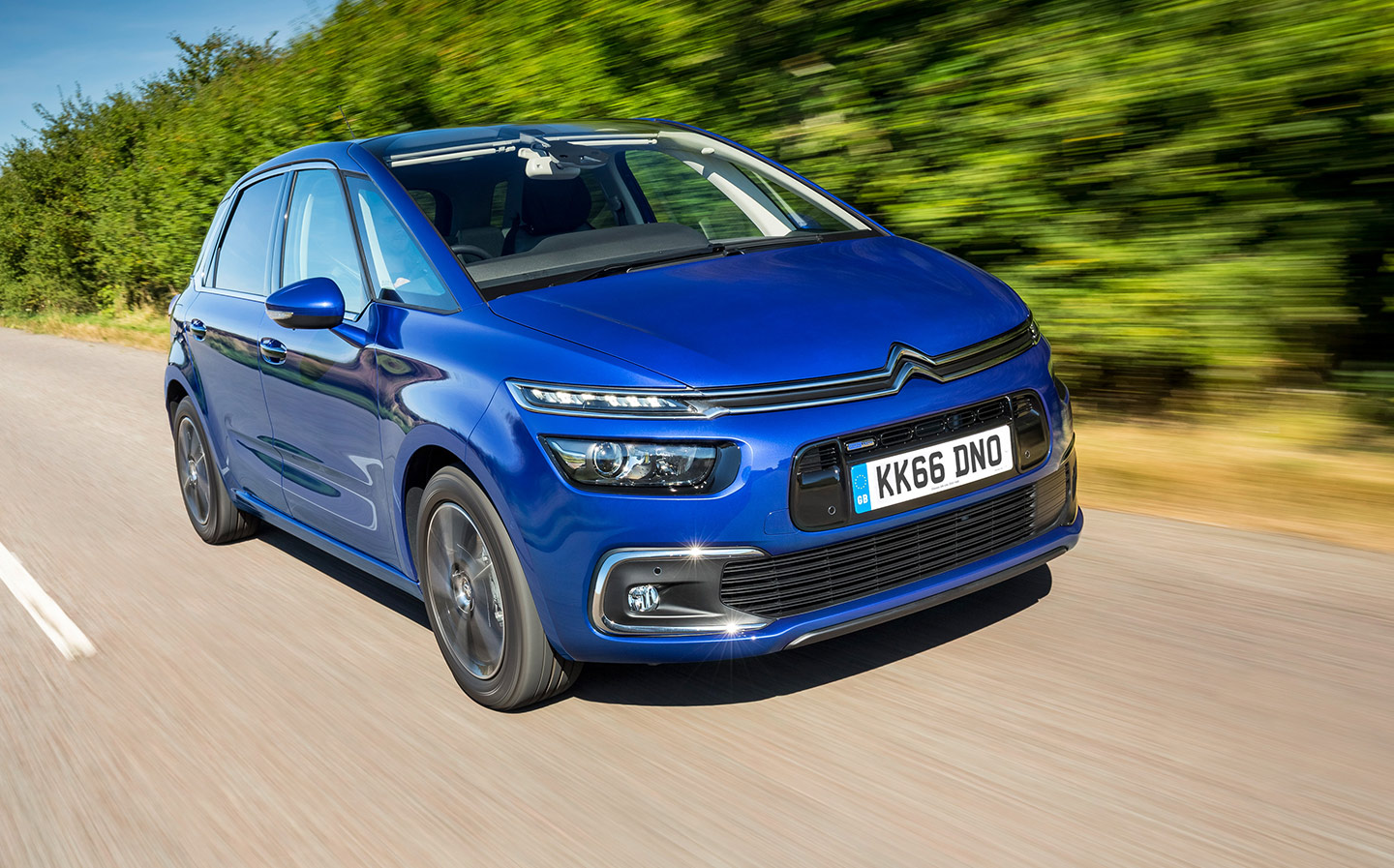 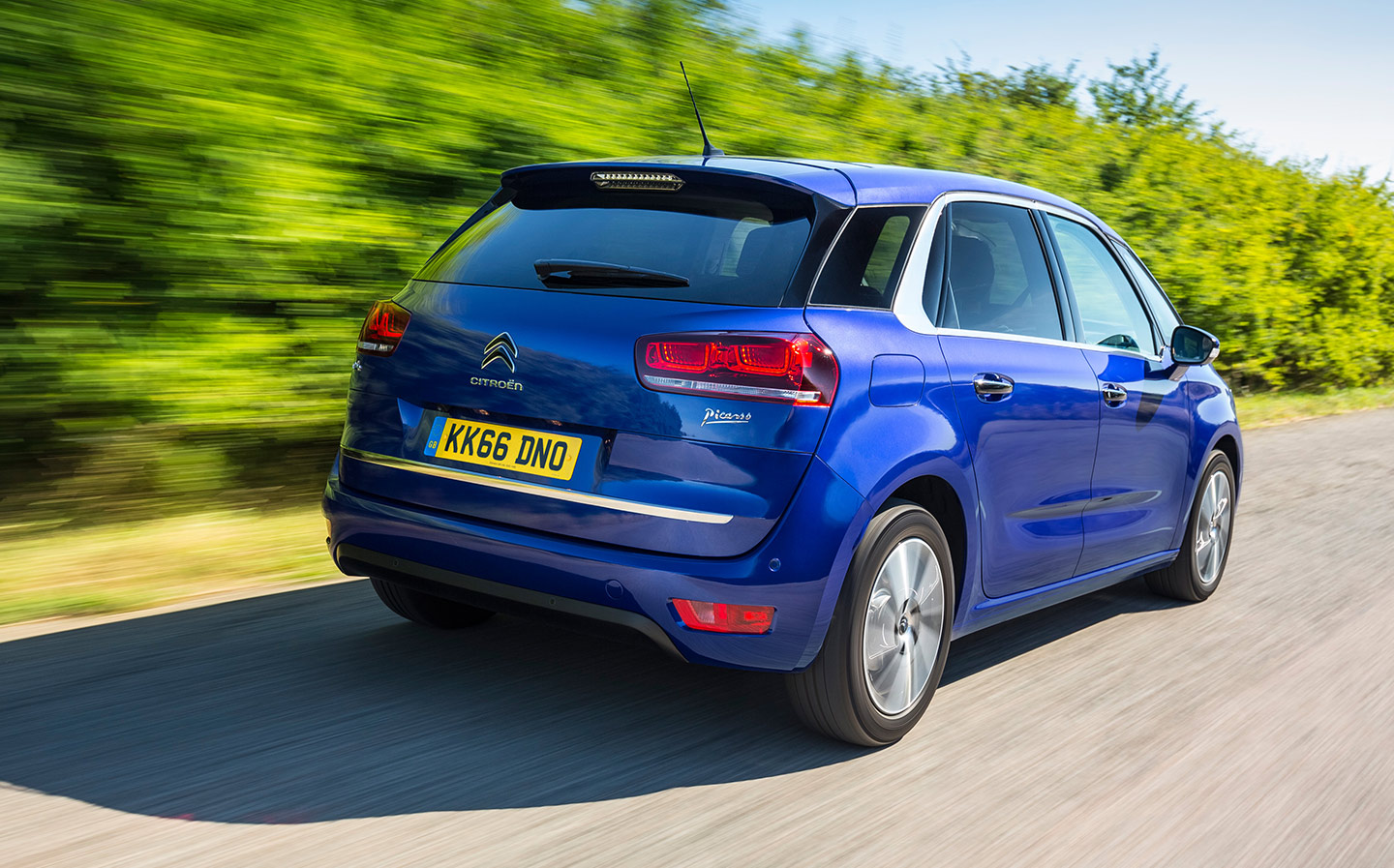 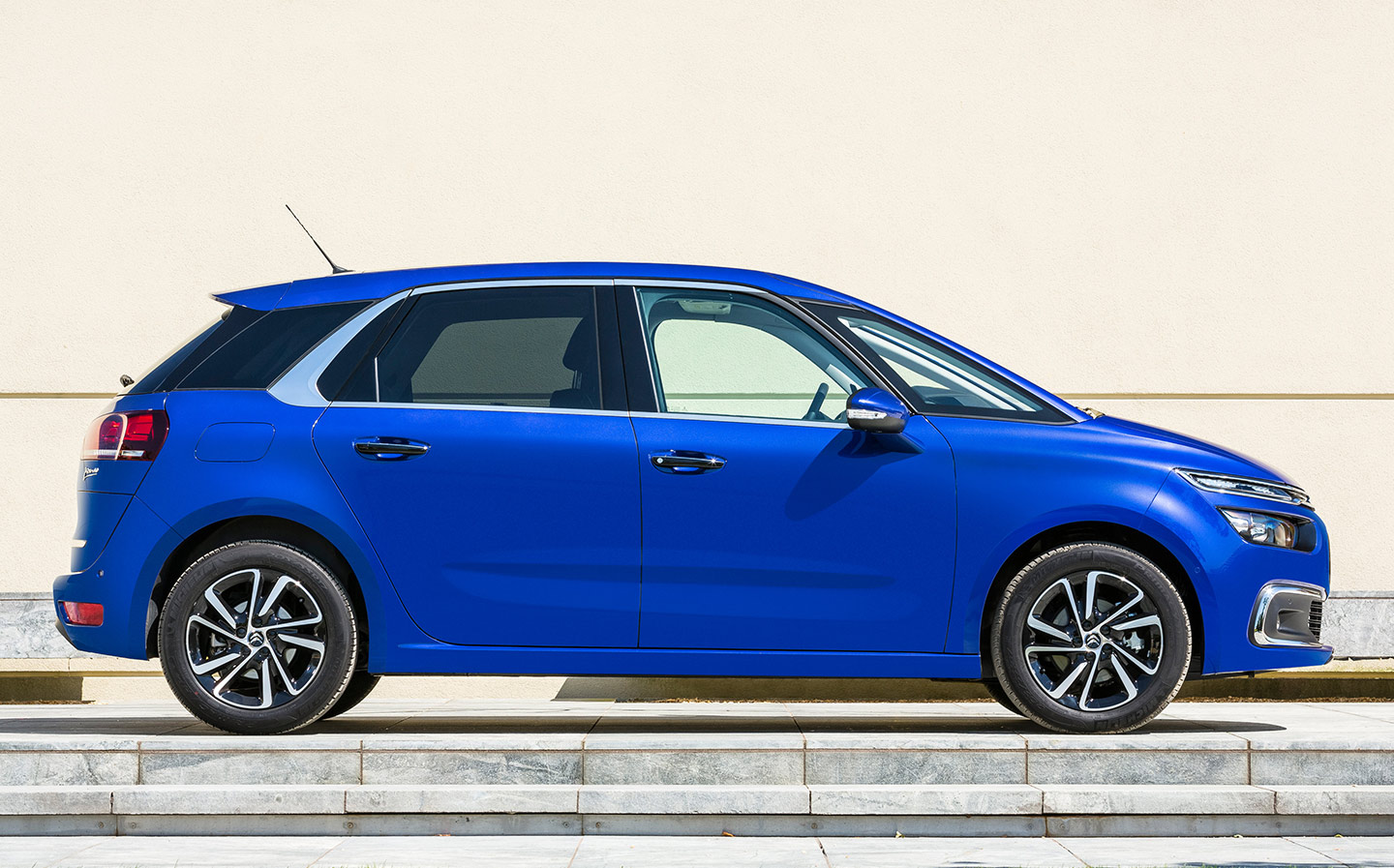 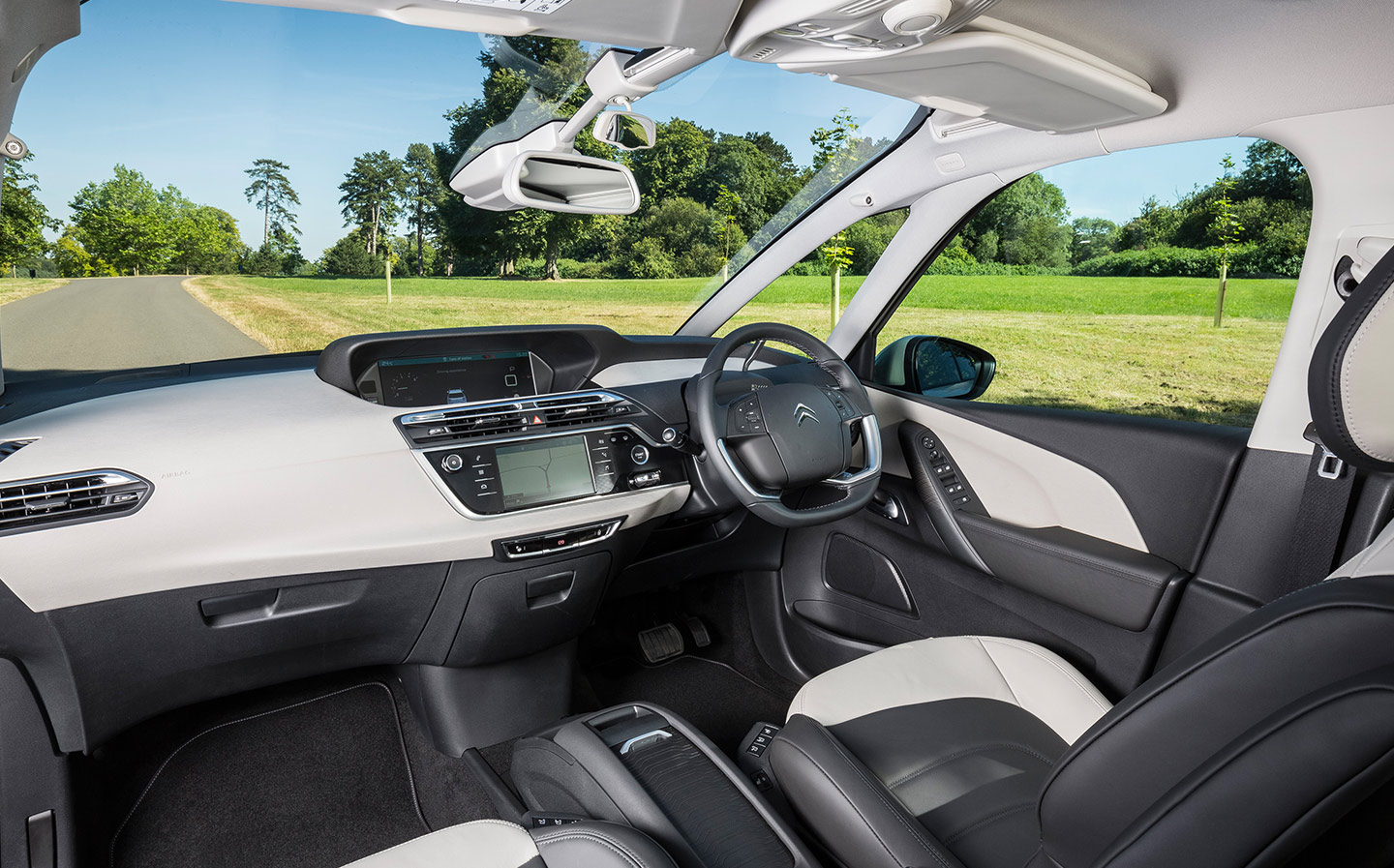 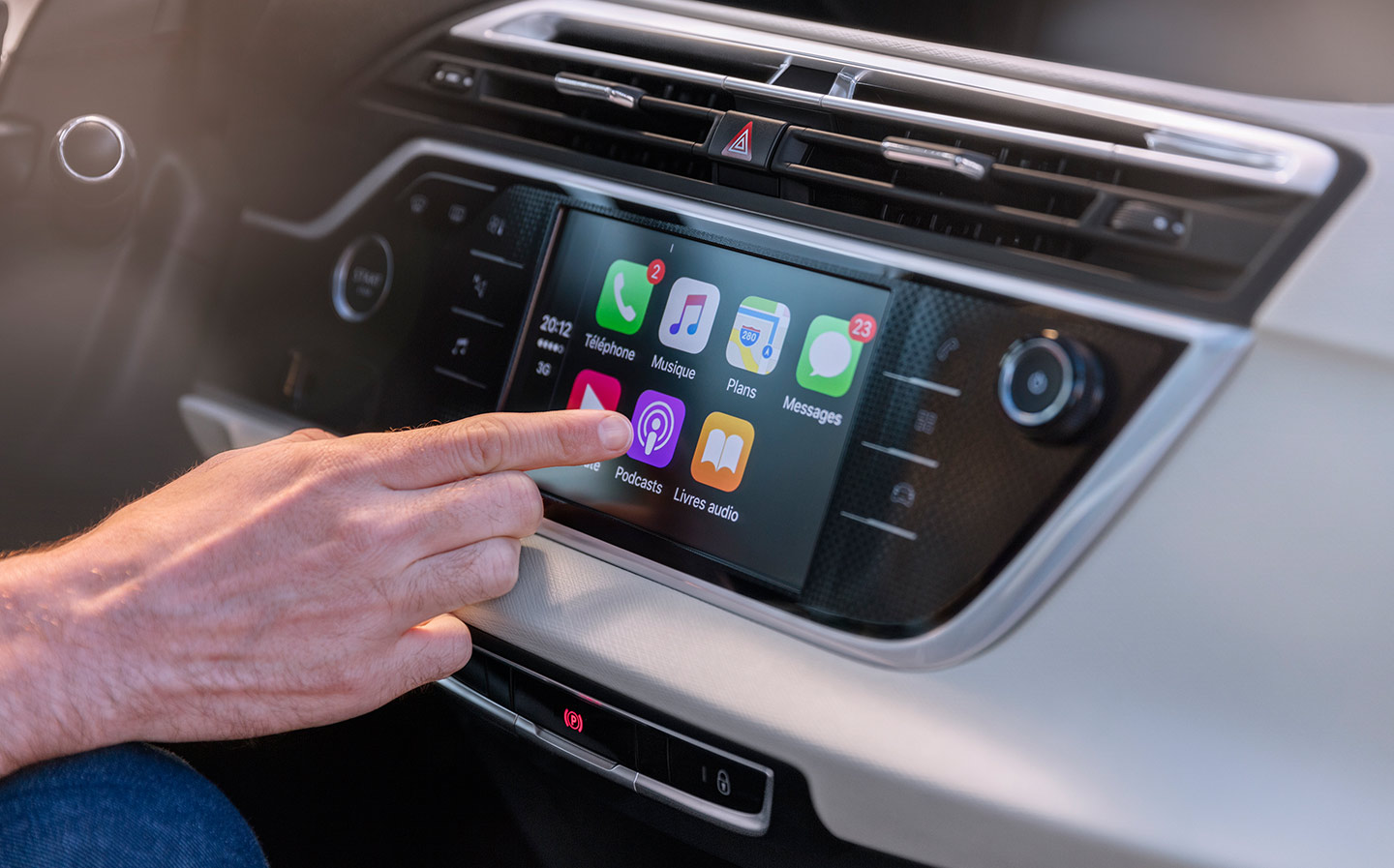 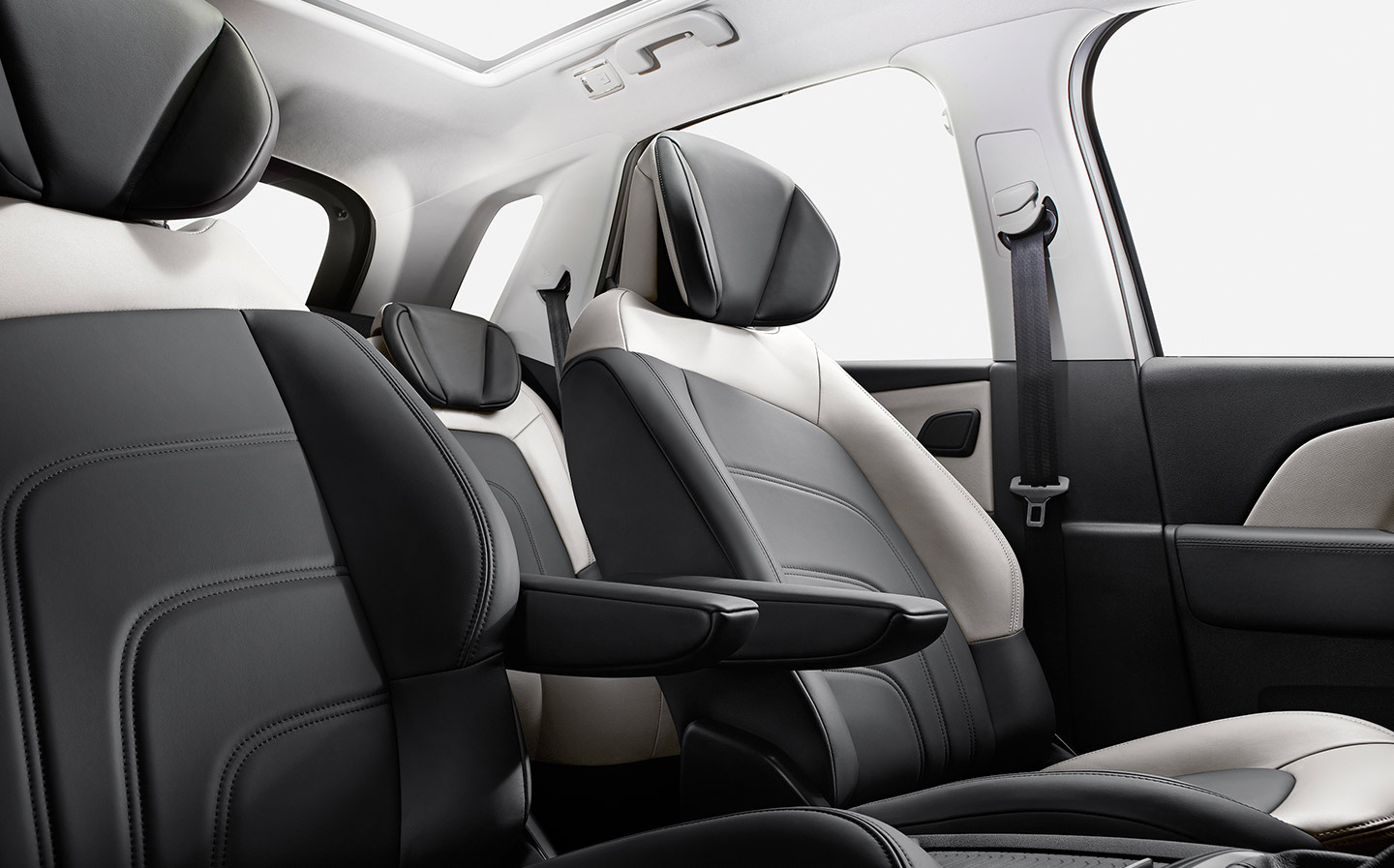 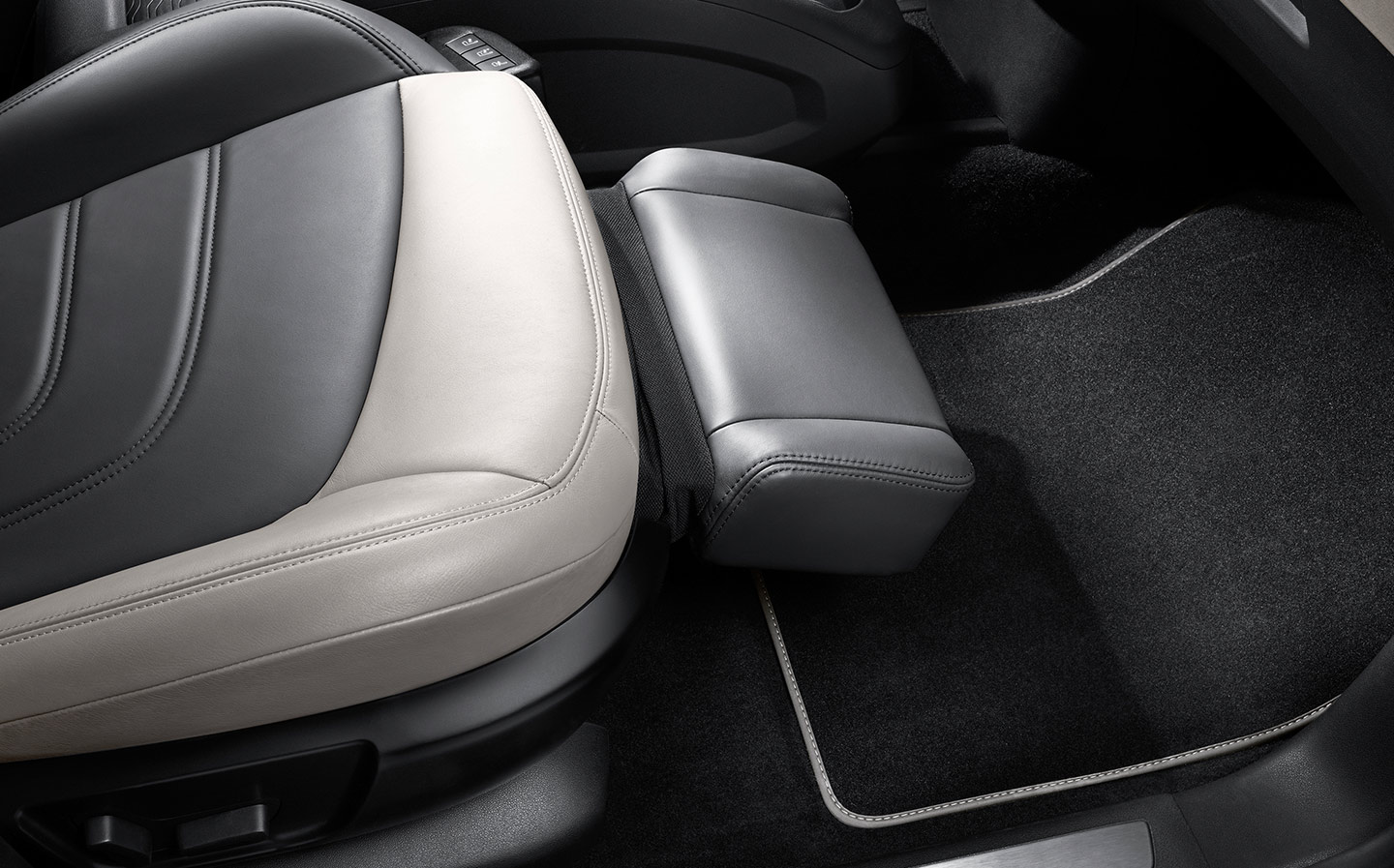 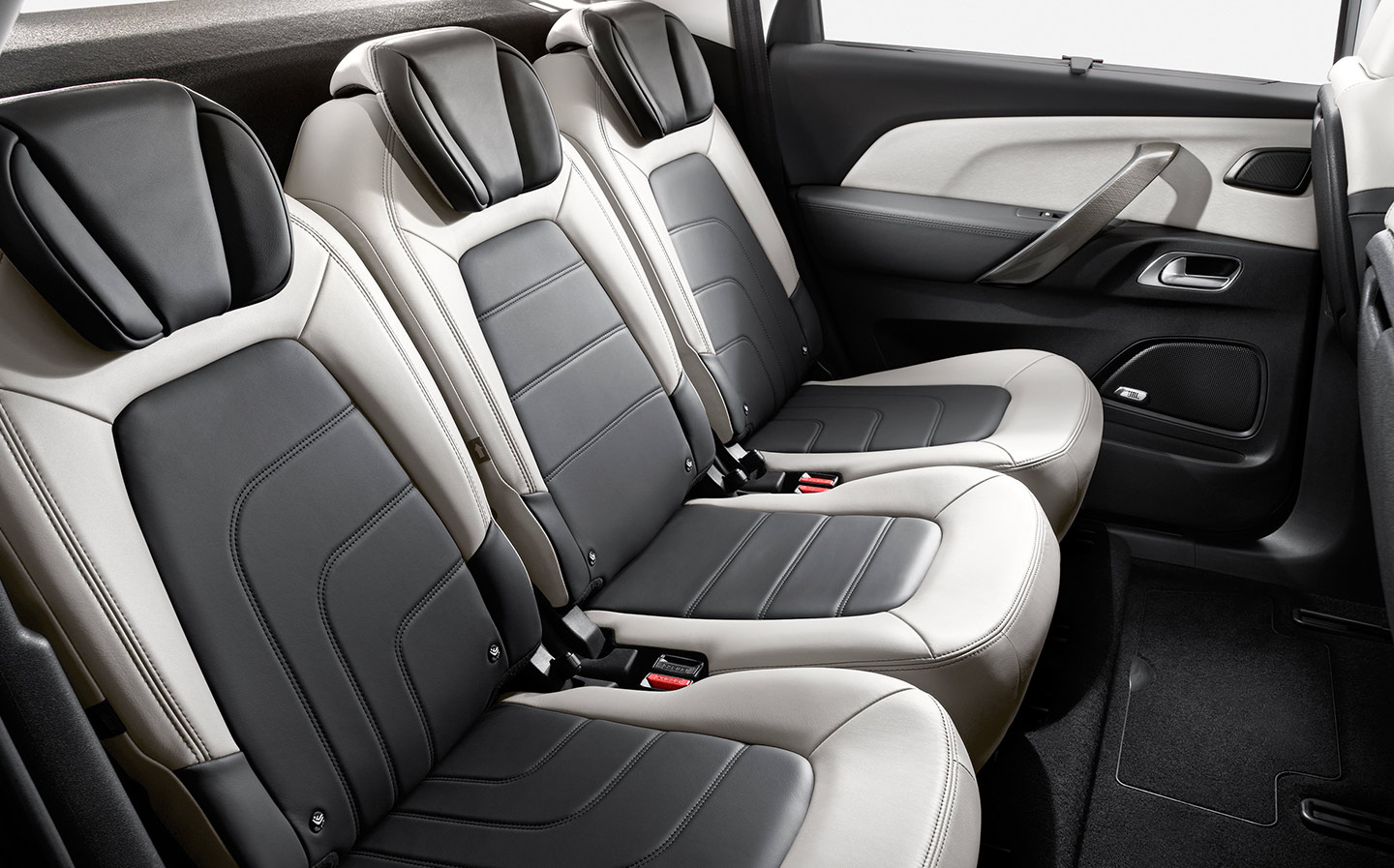 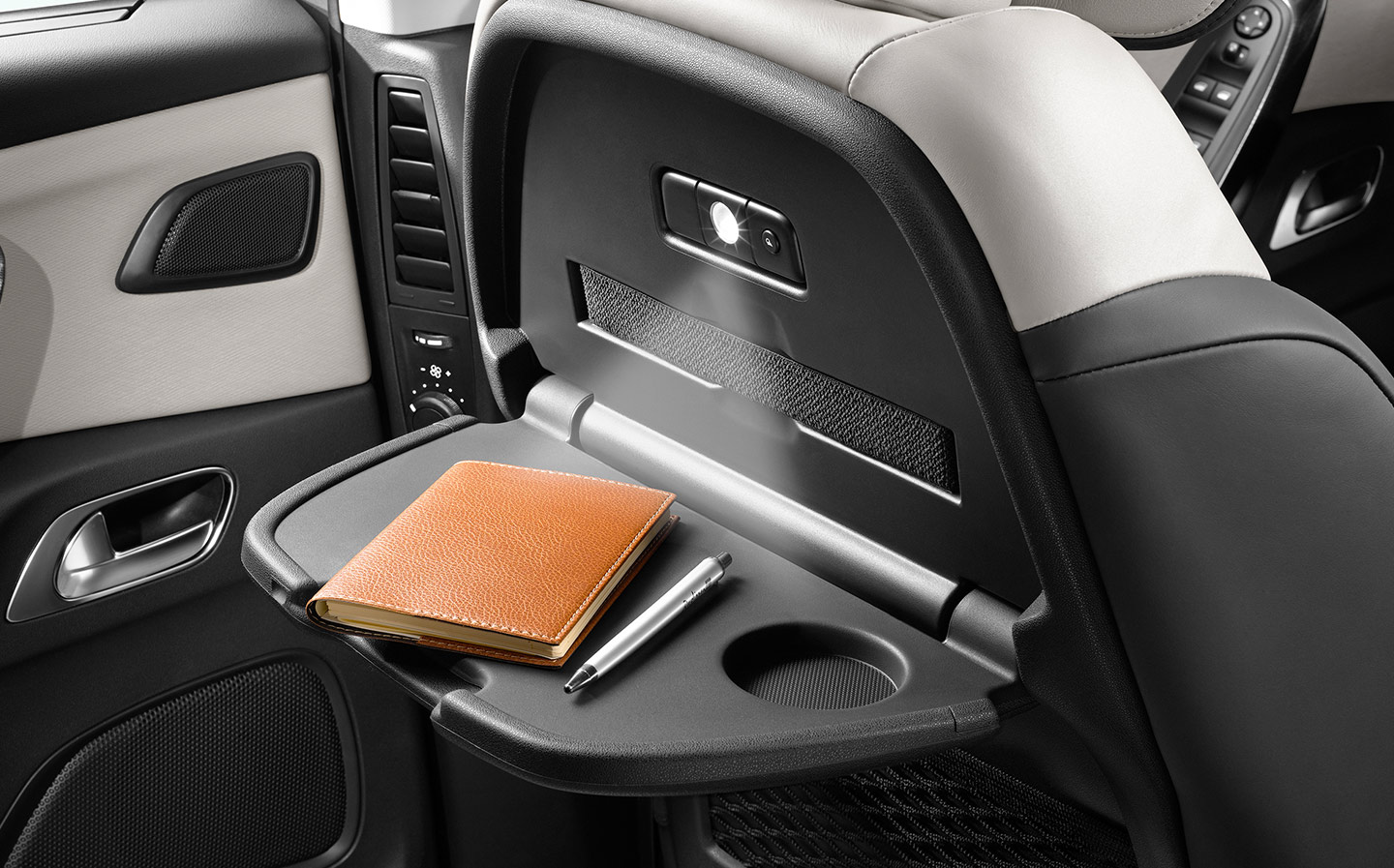 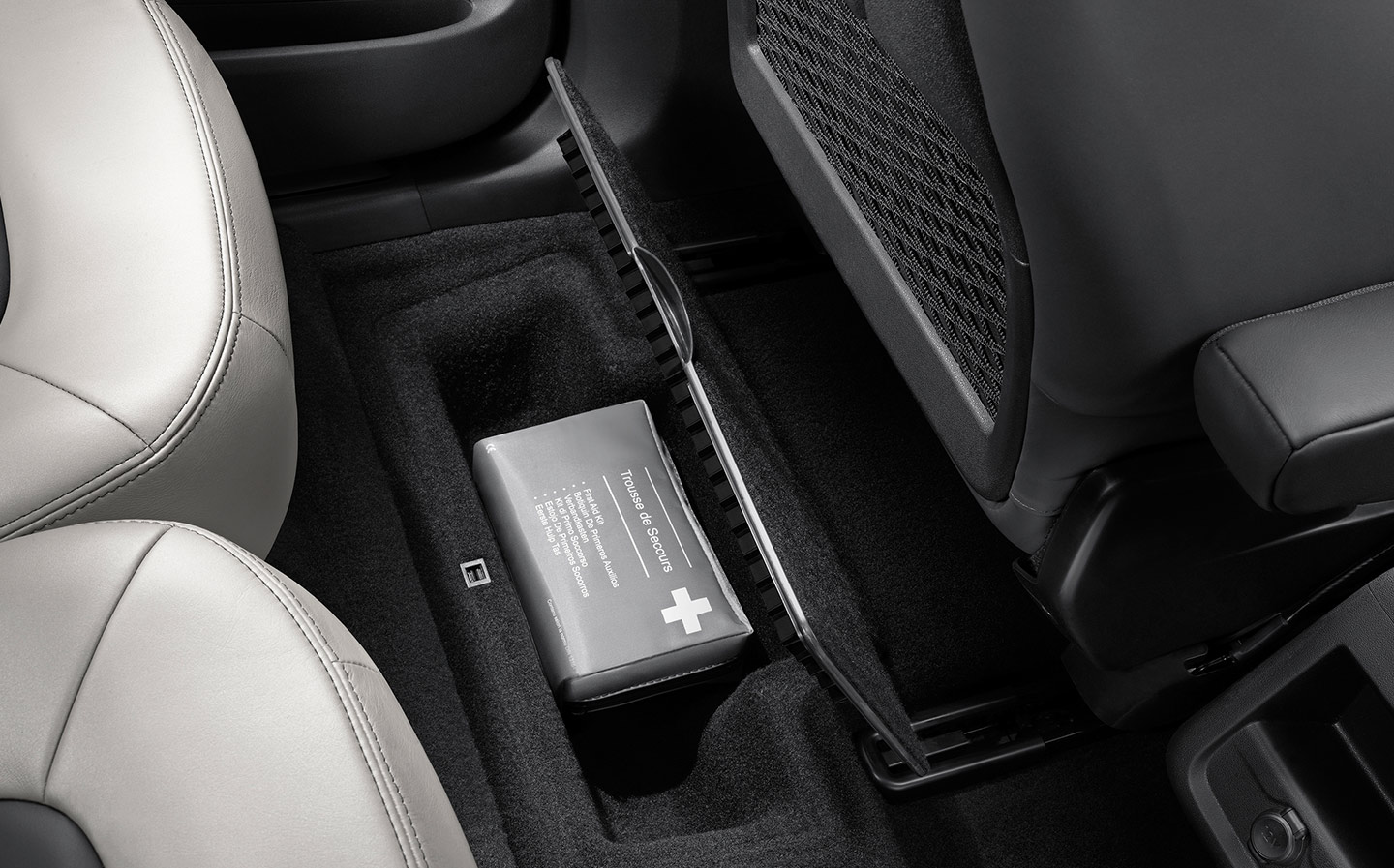 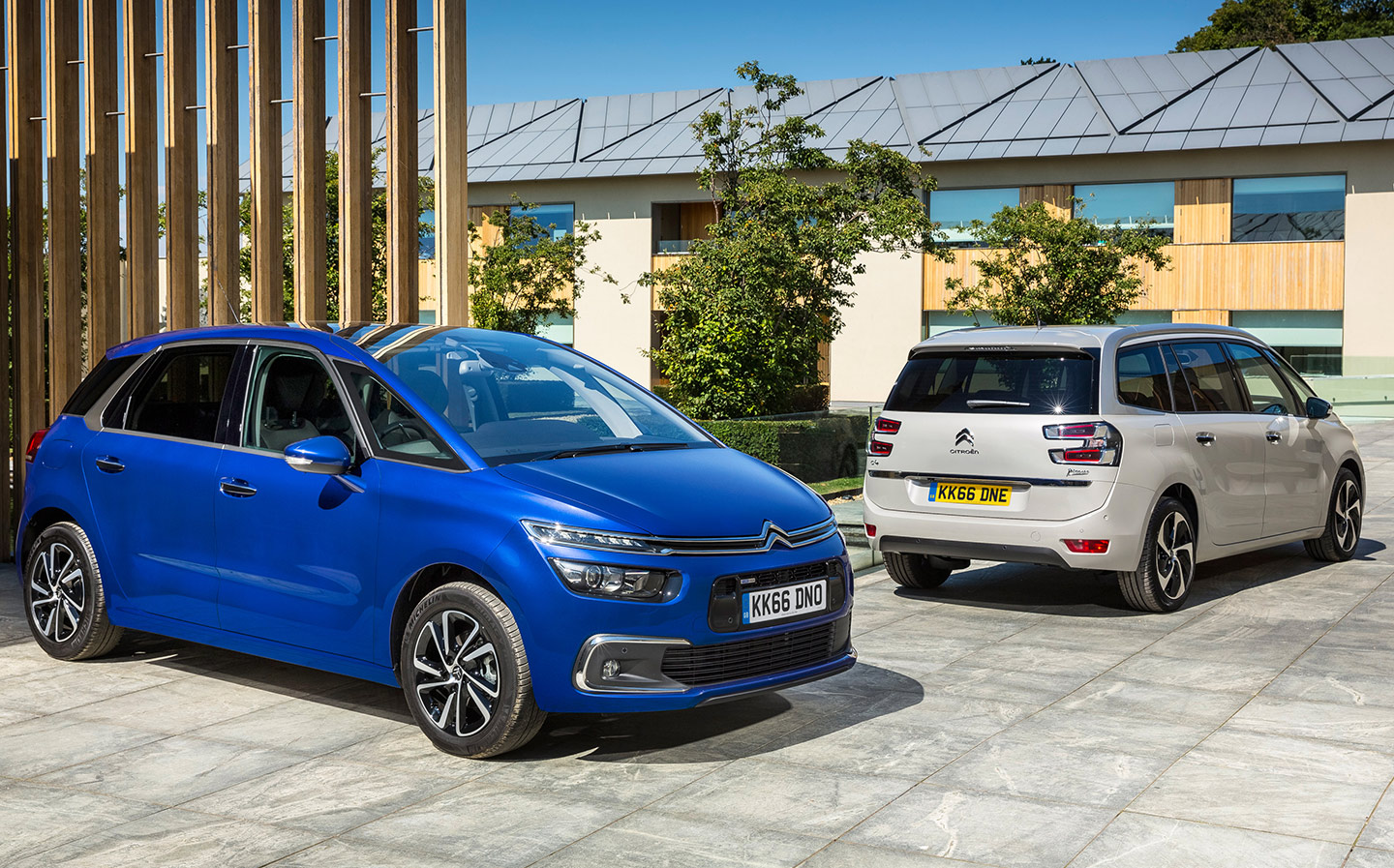 THERE WAS a time when mean-spirited motoring writers said to buy an MPV (multi-purpose vehicle, or people carrier) was to give up on life. Chosen by parents who put practicality before style and fun, it picked up a bad rep.

MPVs did themselves no favours. Their boxy bodies, dull interiors and wipe-clean materials were useful for those with children but did nothing to excite the senses. Which is why SUVs took off in a big way. They look cool, while being safe and big enough to handle a pushchair or two.

Leading the MPV fightback has been the Citroën C4 Picasso and its larger, seven-seat Grand Picasso sibling. It started life as the Xsara Picasso, which showed hints of character, but it was only when restyled as the C4 Picasso in 2006 that it could be considered truly interesting to look at.

View the Citroën C4 Picasso cars for sale on driving.co.uk

It still had the silhouette of a beetle, but details such as the wavy line along the door sills and the LED daytime running lights gave it a sense of style, and the distinctive interior looked as though it had been crafted by someone who had never seen inside another car.

It was supremely practical too, with cubbyholes galore, including two gloveboxes on top of the dashboard, and a back row that could take three child seats side by side.

A new generation was launched in 2013, with the narrow strip of running lights moved above the main headlight cluster, making the car look as if it is squinting in the sun. It’s a bold design. Some of the quirky yet practical interior features were dropped (such as the top-mounted gloveboxes and the temperature controls at either end of the dashboard), and the cabin became a little more grown-up, but the build quality seemed markedly improved. It’s a winning formula, apparently: more than 300,000 second-generation C4 Picassos and Grand Picassos have been sold.

The 2016 facelift keeps the same basic underpinnings, so the driving experience is largely unchanged, but the engineers have added a couple of new engines, the designers have done a nose job and put on new 17in alloy wheels and the boffins have fitted new safety and infotainment systems.

The minimal styling changes make it hard to spot a new C4 Picasso in a line-up; look out for the chrome chevrons on the nose extending fully around the daytime running lights, and extra air intakes at the sides of the front bumper. It’s a new trend across the Citroën range (we’ll review the new C3 soon). You can specify a contrasting black roof and door mirrors for the first time, and three paint schemes have been added to the palette.

Round the back you may notice new rear lights in a “3D” cluster, but of more interest to parents with armfuls of kiddie gear will be the hands-free tailgate (on top-spec models), which can be opened with a waggle of your foot beneath the bumper.

Parents will also like the large boot (537 litres). Even better, the second row of seats is still three individual thrones, each with Isofix points, which can slide forwards or back along the flat floor (there’s no transmission tunnel to hamper legroom for the middle passenger). With all three right forward you increase boot capacity to 630 litres, so along with the buggy and micro-scooter you can throw in a kitchen sink.

“The avant-garde dashboard remains as striking as ever, with the split-level screens accommodating all the instrumentation and infotainment”

Inside, the C4 Picasso retains a light, airy feel, with great forward visibility thanks to its panoramic windscreen, thin A-pillars and large quarter-light windows. BMW 2-series Active Tourer and Ford C-Max drivers can only dream of this kind of unrestricted view at T-junctions.

Buyers can specify a panoramic glass roof, keeping the kids bathed in sunshine during the day, although you can close a blind if it gets too hot.

Speaking of blinds, Citroën has added three interior design schemes. Hype Grey Ambience includes integrated rear window blinds, so you don’t have to make do with ill-fitting off-the-shelf jobs. This trim also features massage seats and an electric footrest for the front passenger. This is one of four interior design styles, and there are five upholstery choices.

Up front, the avant-garde dashboard is as striking as ever, with the split-level screens accommodating all the instrumentation (the 12in widescreen on top) and infotainment (the 7in display underneath). The blocky look and feel of the former won’t be to everyone’s taste, but it’s certainly distinctive and, most importantly, clear.

Touchscreens help declutter cockpits, and the C4 Picasso’s infotainment screen is intuitive. However, it can be laboured: if you’re listening to the radio (DAB comes as standard on all models) and want to change the temperature, you’ll need to switch menu first.

For our money the greatest bit of tech on the C4 Picasso is the button that switches off the adaptive element of the cruise control. These modern systems use radar to keep you an exact distance behind the car in front, in theory allowing you to concentrate on things other than your speed. Only it has the opposite effect, as you can’t think of anything but your yo-yoing speed as the inattentive driver in front accelerates and decelerates.

Two new engines — a 109bhp petrol and a 128bhp diesel — add to a line-up of four efficient powerplants, which are all good on road tax thanks to CO2 ratings ranging from 99g/km for the BlueHDi 120 S&S to 115g/km for the PureTech 130 S&S (both with the six-speed manual transmission). Our test car was fitted with the 147bhp BlueHDi 150 S&S engine with a manual gearbox, which is rattly at any speed but provides good punch from low revs and smooth power delivery.

There are problems, though. To drive, it’s what you’d expect from an MPV, which is disappointing. You could be driving a Ford C-Max or S-Max, both of which are fun to pilot. With its focus on ride comfort, the Citroën is soft and rolly, and jittery around corners with uneven road surfaces. The previous model was worse, so there has been improvement in this regard, and it’s not unpleasant to drive by any means.

The manual gearbox is smooth, but I found my size 13 feet snagging the top of the footwell every time I pressed the clutch pedal. An auto is preferable in this type of car, but that’ll cost an extra £1,300 or so.

There are fewer cubbyholes than in the previous-generation C4 Picasso, and, bizarrely, the front cupholders are so close together now that you can’t fit two coffee cups side by side. Drivers sitting high up may also find that the sliding sun visor, when retracted fully, touches the front of their head.

Still, even with these niggles the Citroën combines high levels of tech, astounding practicality and great fuel economy with bags of cool — and that’s exactly what the MPV world needs to survive the SUV onslaught. Renault told us on the recent launch of the new Scénic, which similarly attempts to make the MPV sexy again, that “if this model doesn’t sell, the segment deserves to die”. Parents everywhere should be thankful for the French die-hards.