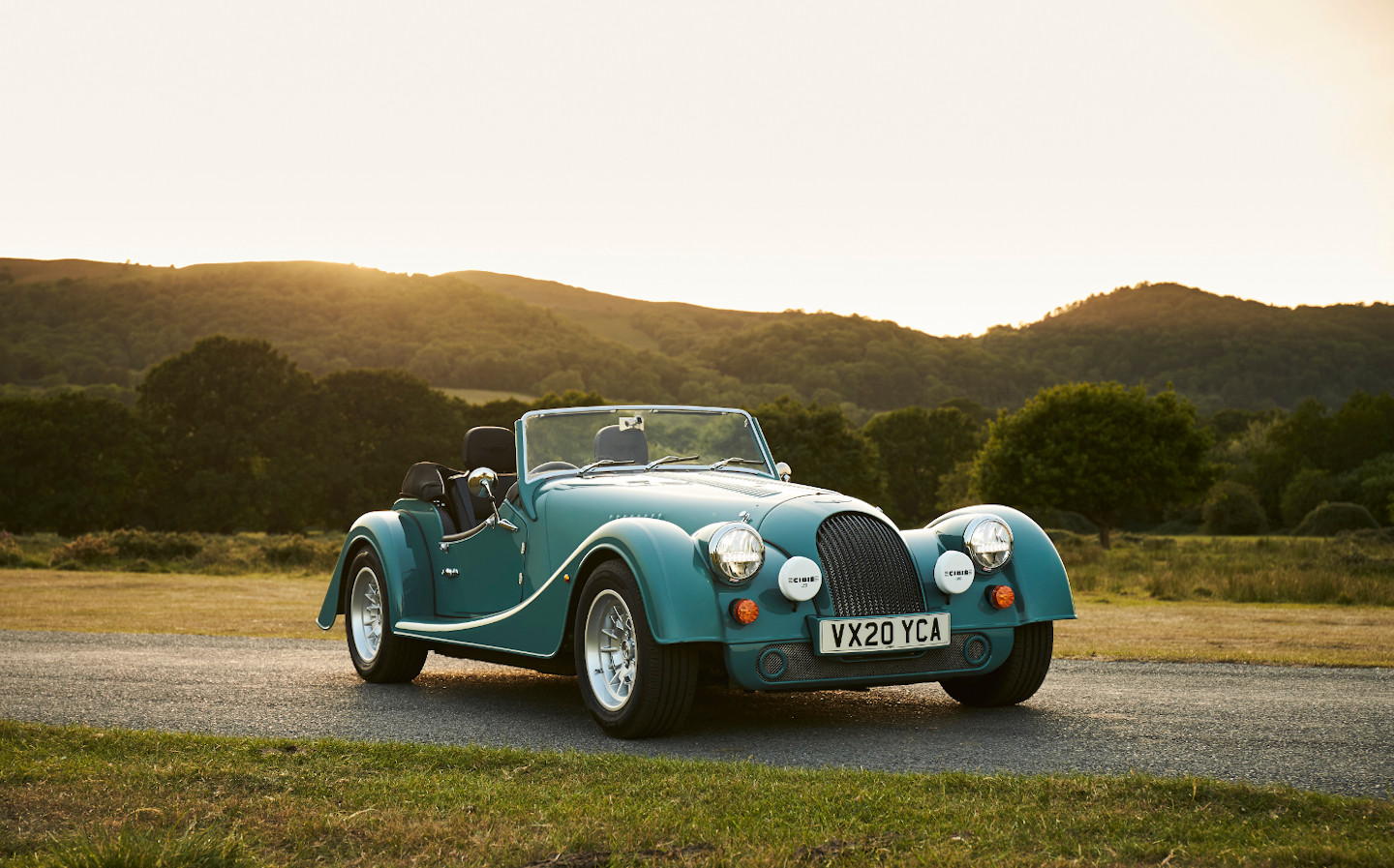 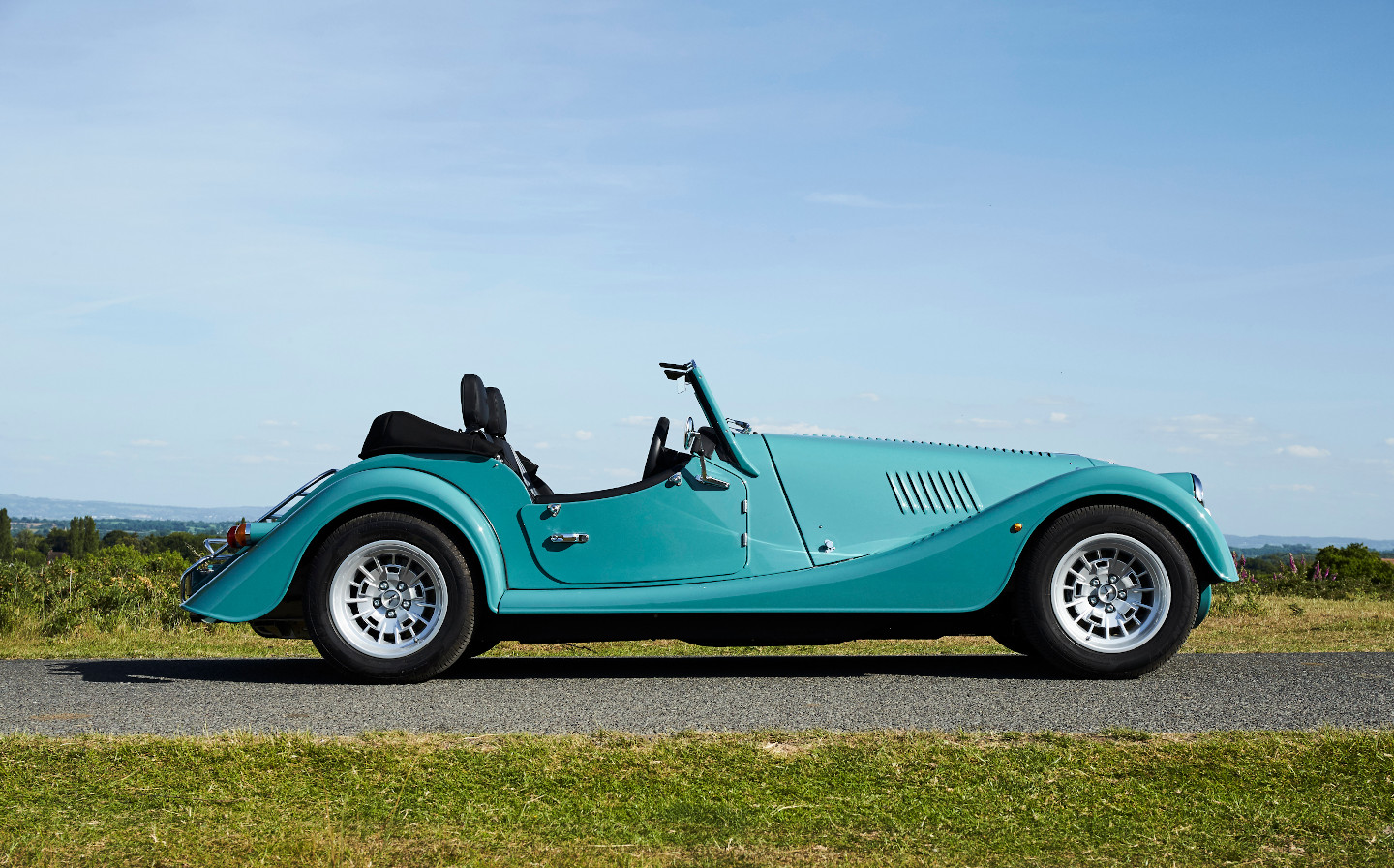 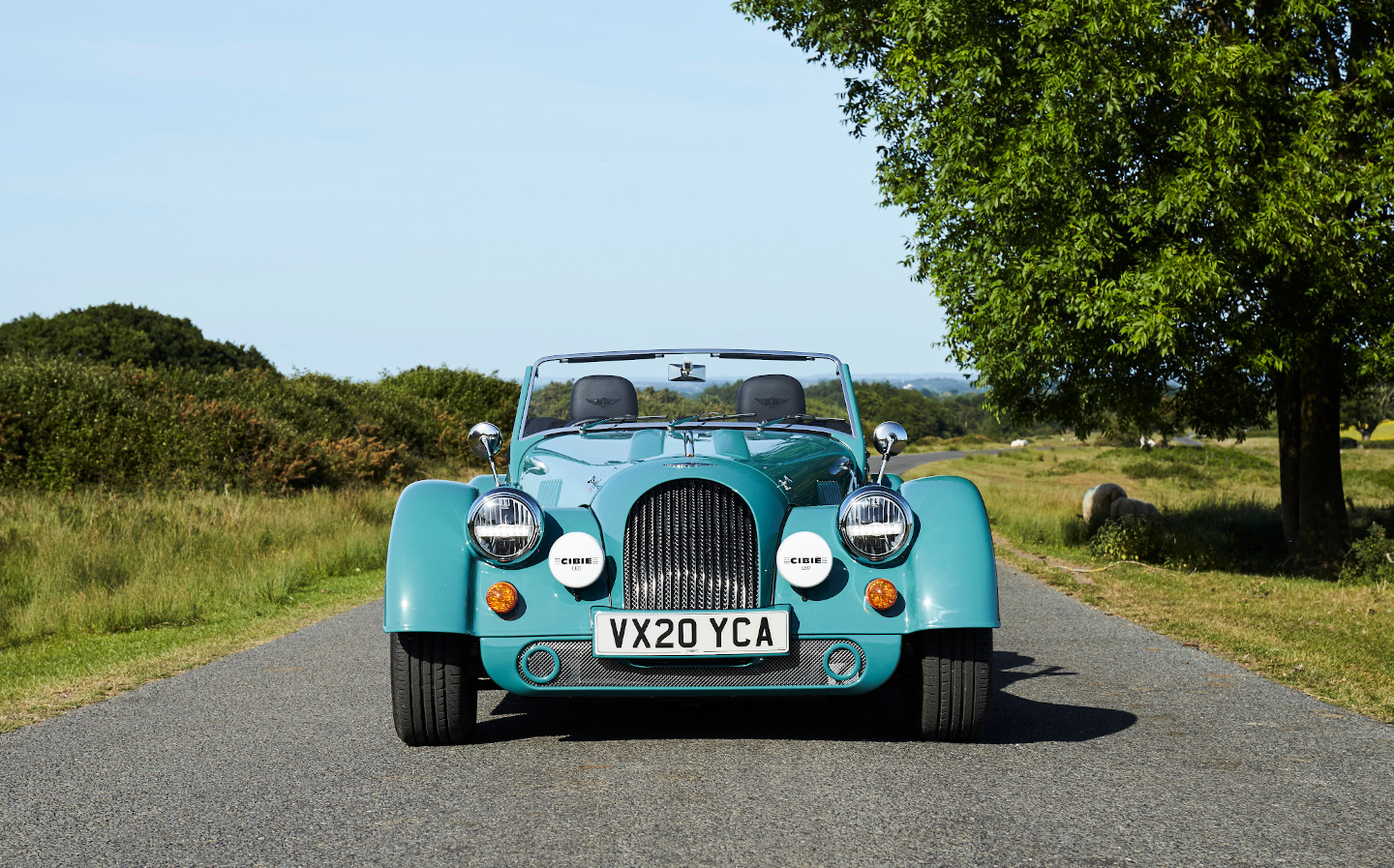 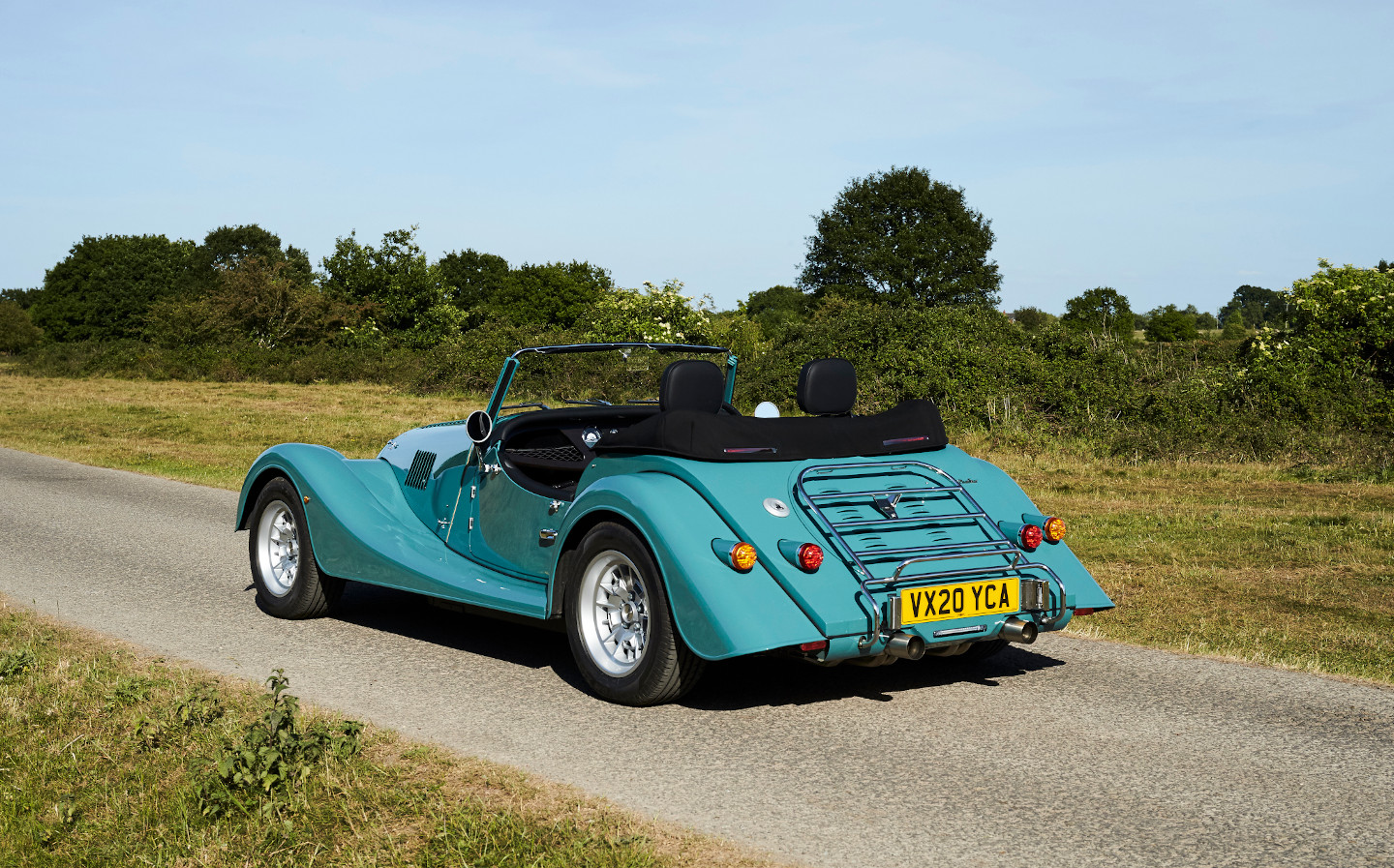 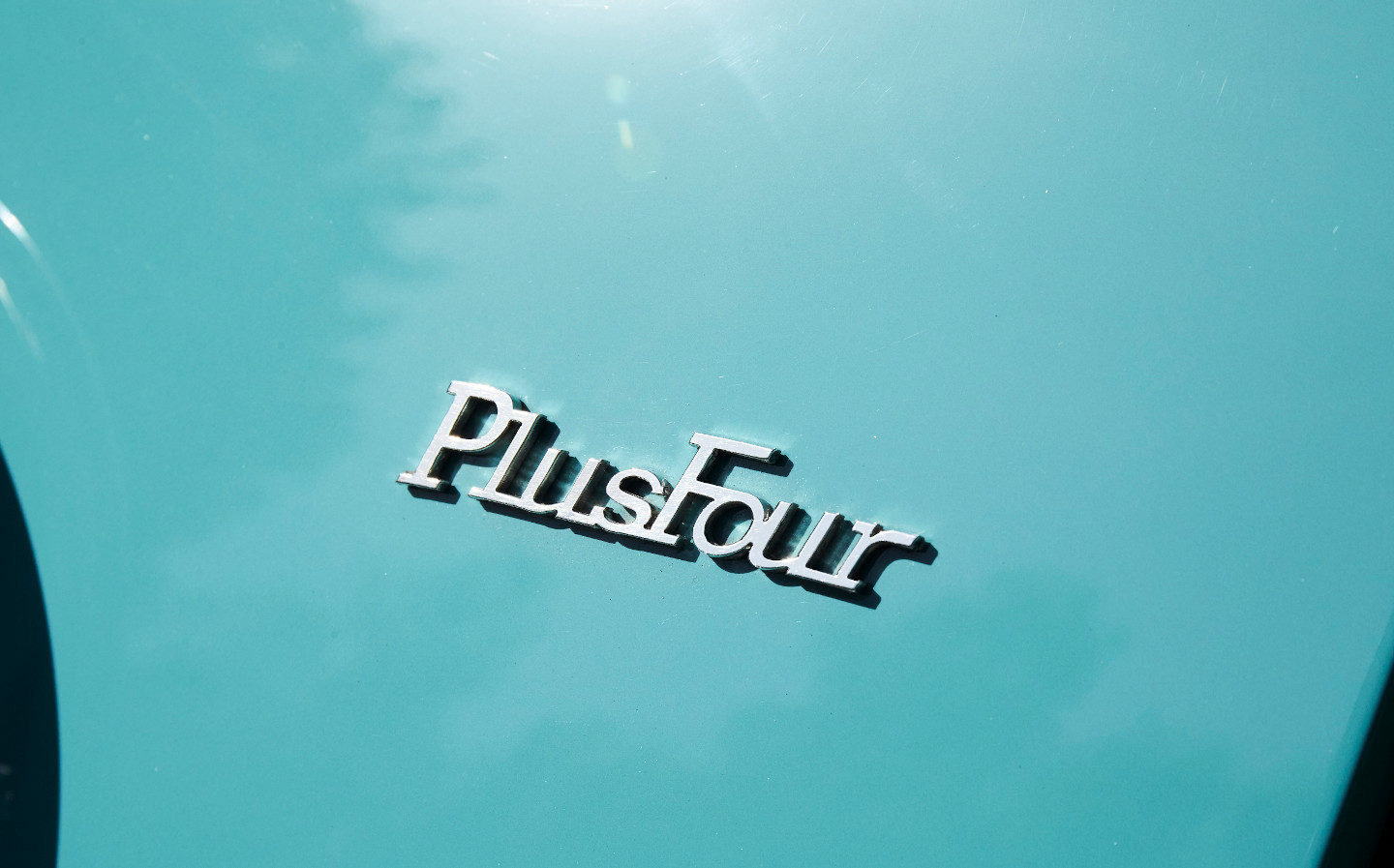 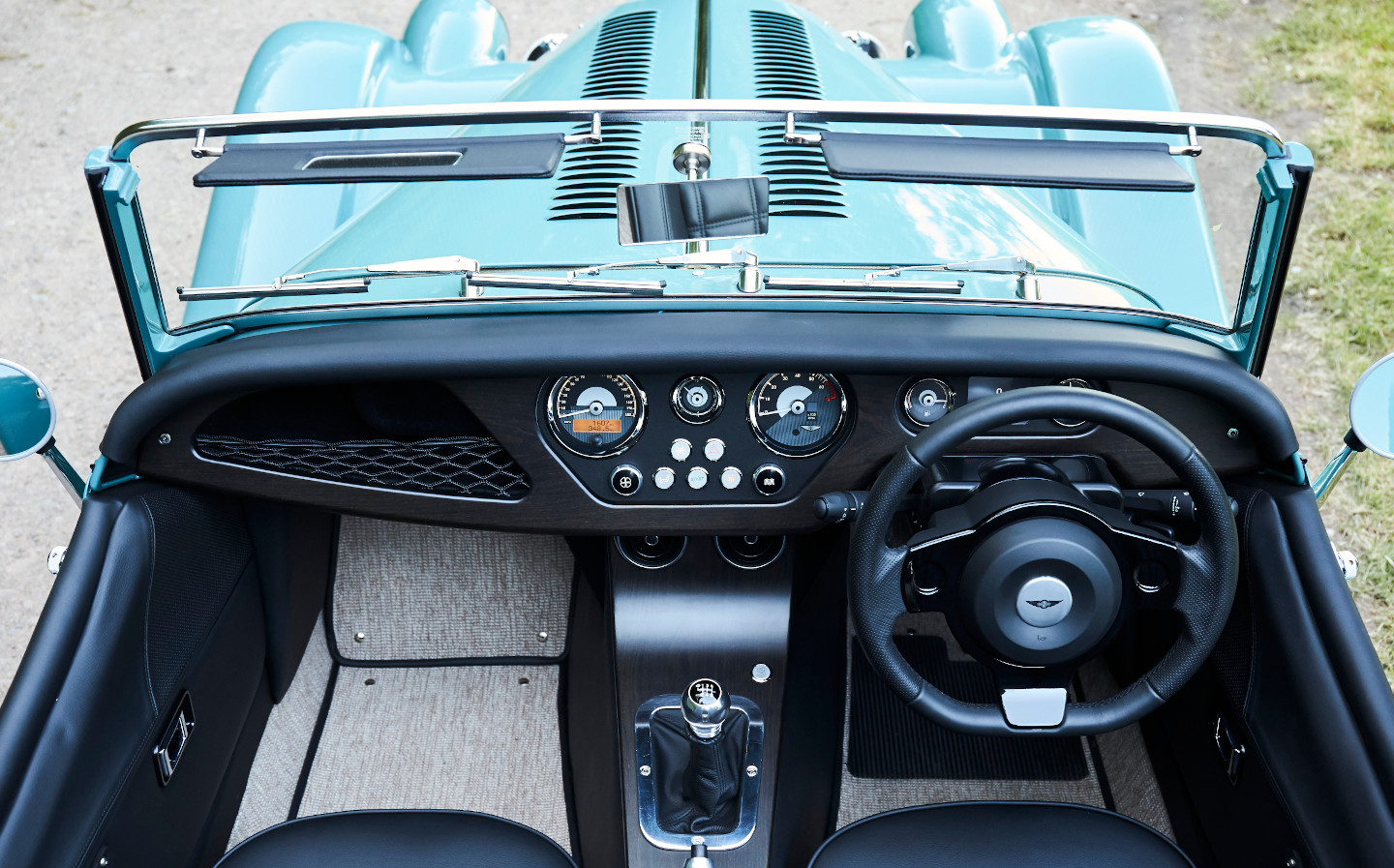 By Alex Goy
Share Article
Old school looks, modern everything else
At a glance
Pros
Aesthetics
Performance is entertaining
A relaxed way to enjoy the world at speed
Cons
Little room for luggage
Light steering
You have to attach the windows to the car yourself
Specifications
Cars > Morgan > Plus 4 Tourer

MORGAN Motor Company has been going through something of a revivification over the last 12 months. Its factory is undergoing an upgrade, staff numbers have been growing and a new type of vehicle architecture, called CX, has been designed to underpin models for the next decade. The Malvern Link-based manufacturer is looking to lose any reputation of making wobbly cars reminiscent of the days of yore, and create more modern fare. All of that without losing the traditional aesthetics and craftsmanship that makes its cars unique.

Last year’s Plus Six was the first to use the new chassis, though without naturally-aspirated V8 power; instead it used the same 3.0-litre turbocharged straight-six that powered BMW’s new Z4 (which was also used in Toyota’s new Supra). As halo models go, the Plus Six is a peach – but like a peach it needs to be handled with care rather than treated roughly. Which is why the Plus Four, the Six’s little brother and Morgan’s best-known sports car, has been given a modern overhaul.

The Plus Four (no longer a numeral) is based on the same lightweight bonded aluminium CX chassis, though is notably narrower. Morgan worked hard to develop two suspension layouts – one further inboard to fit a set of proper wire wheels, and a wider set-up to fit more modern alloys.

The silhouette is traditional Morgan fare, as is the work that goes in to building it. The panels and hallmark ash wood frame, which surrounds the cockpit and forms part of the structure, are still created by hand. The leather trim is hand stitched and the wood veneers are created and varnished by people, rather than machines. When Morgan says its cars are handmade, it isn’t lying. That may mean more risk of the odd rattle here or there but these guys have been crafting cars for more than 110 years, so they know what they’re doing.

As well as a new chassis, there’s a new type of engine under the louvred hood: a 2.0-litre turbocharged four-cylinder motor, again sourced from BMW. It produces 255bhp and 258lb ft if you plump for the six-speed manual car, while the eight-speed automatic gets 295lb ft. As Morgan likes to make its cars as light as possible, neither the automatic nor the manual weighs more than 1,015kg.

The result is pretty stellar performance: 0-62mph takes 4.8 seconds in the auto and 5.2 in the manual, and both will top out at 149mph. Both gearbox variants will manage around 40mpg, and emit at most 165g/km CO2.

Morgan’s new chassis gives the Four more space for passengers and luggage than its predecessor. While there’s notably more passenger space than the old Plus 4, a car that was in and out of production since 1950, it’s still not what you’d call spacious. When driving there’s not much by way of elbow room unless you pop it on the leather trimmed door sill.

Morgan also says the new platform give more luggage space compared to the old car. Again, that’s true, but you’ll either need to pack light or spec a luggage rack to lash more stuff to the back of the car. Its folding soft top isn’t a terrifically intuitive thing to use, though it does get easier the more you do it.

The thing with Morgans is that they’ve never been cars that scream at you. They rarely beg to be wrung out, but when you do they can be most entertaining. The Plus Four is no different. Its engine starts up with a bassy burble but won’t destroy your eardrums or cause nearby wildlife to involuntarily defecate. It’s a little quiet, but comes with a pleasing tone. In town there’s enough torque to simply let the car do its thing in third gear. It won’t shudder or panic if you need a quick burst of power to get to the speed limit. It won’t shout about it either.

Out in the countryside the powerplant is a wonderful ball of torque-y fun. Mash your foot and the turbo makes some very unMorganish whistling noises, while its exhaust warbles pleasingly. There’s a Sport Plus mode that’ll sharpen throttle response (and hasten gearshifts if you’re in an auto) as well as making the pipes (Sport exhaust optional) pop and bang on overrun.

Seeing as it weighs so little, it’s no surprise that it feels properly quick in a straight line. Fast enough to trouble most things on the road, really.

Your back isn’t punished for the privilege of having fun, either. The suspension and damping can make even the nastiest roads feel smooth. Not Rolls-Royce smooth but for a sports car it’s remarkably good. It goes against the thinking that ‘sports car’ means “rides like it’s made of granite”. Though the seats did feel a touch hard. You sit ultra-low in the car, and there’s not much give in the chairs.

Spirited driving on twisty roads is fun. Because the Plus Four isn’t set up to stay as flat as possible in corners there’s some lean as the weight shifts, then when you pin the throttle to exit it hunkers rearward and catapults you forward. It’s a wonderfully old-school way of driving fast, and refreshing to see in 2020.

No matter which gearbox you spec, you’ll have fun. Purists will enjoy the slick BMW-sourced six-speed manual, with its satisfyingly chunky shifts, and the fact that the pedals are well spaced for heel-and-toe downshifting. The eight-speed ZF automatic, when left to its own devices, will seamlessly shift for you, allowing the car to simply make progress. Though taking over with the wheel-mounted paddles is a delight thanks to the box’s quick reactions.

Driving it fast is fun. It makes excellent noises and its potential speed will put a big grin on your face. The steering is a bit of a weak point, as it feels a little too light and doesn’t offer stellar feedback, but that may well be a move made on purpose. It doesn’t beg you to drive it hard. Find a pace you’re happy with and it’ll cruise at it. Rather than being a highly-strung angerbox, the Plus Four is happy to let the world go by so you can enjoy the scenery until you feel the need to give it a hoofing again.

Compared to its bigger brother, the Plus Six, it’s far more placid. The faster car is a more hardcore proposition while the Plus Four is a more derivable option. But one that can still please performance fans.