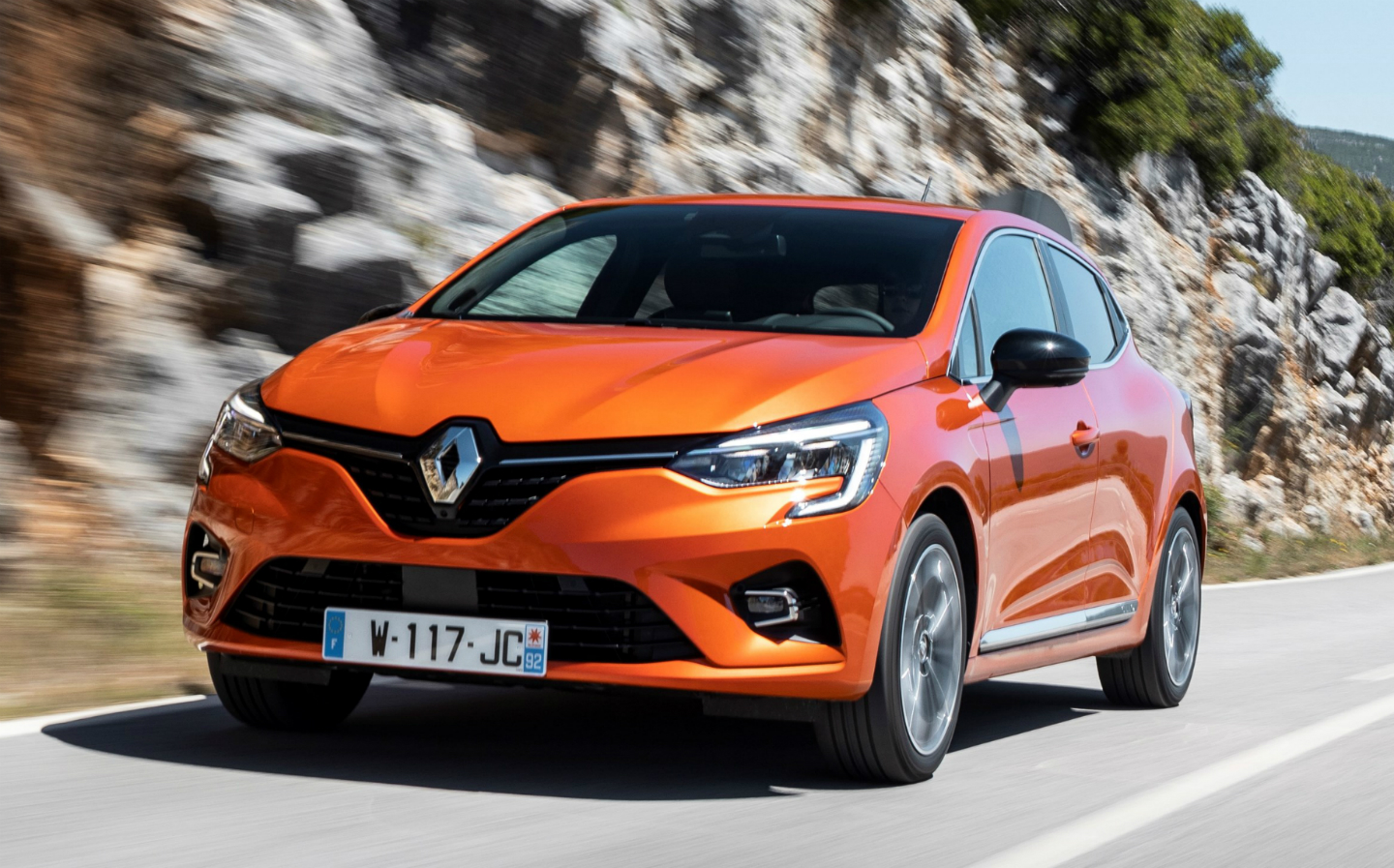 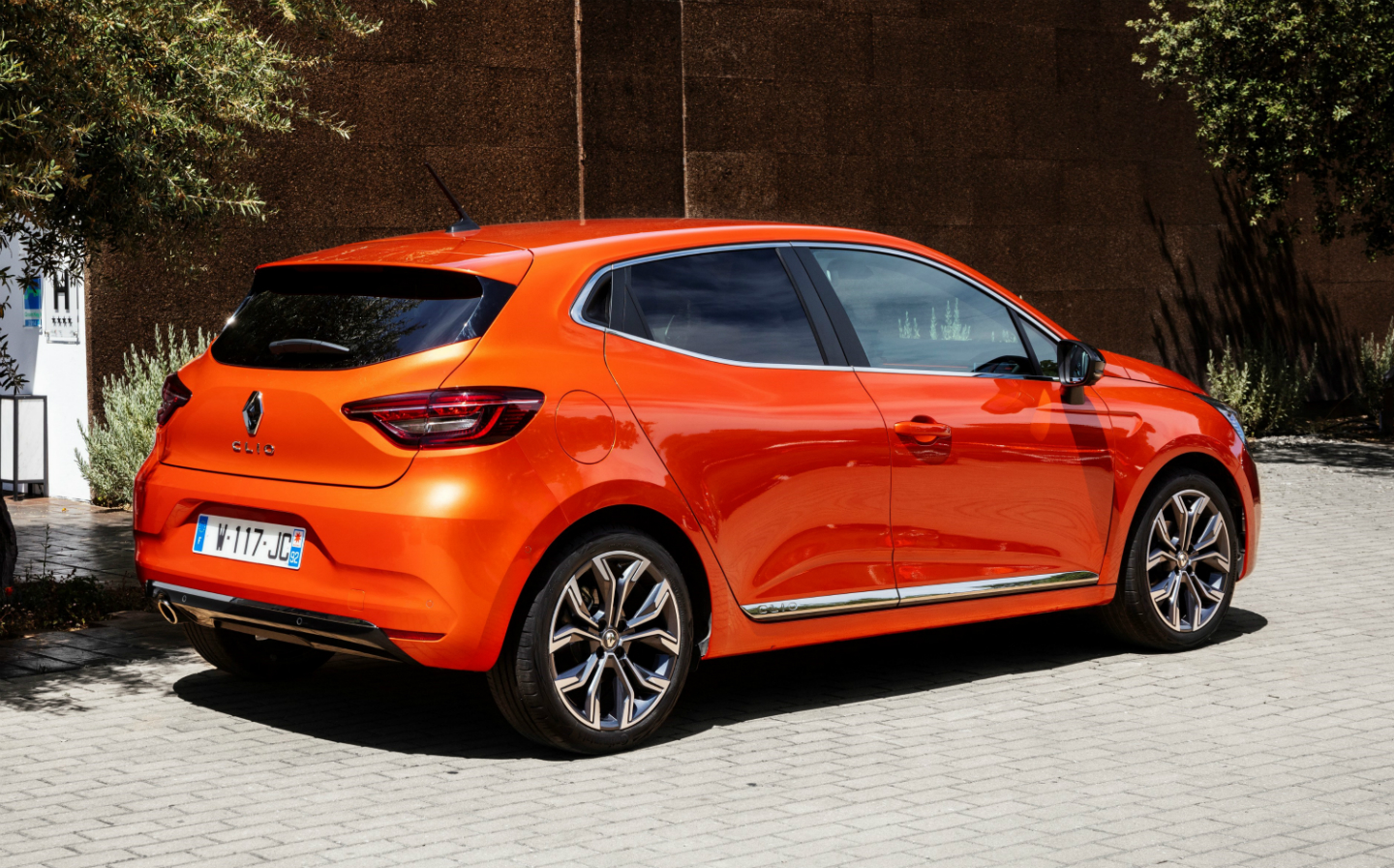 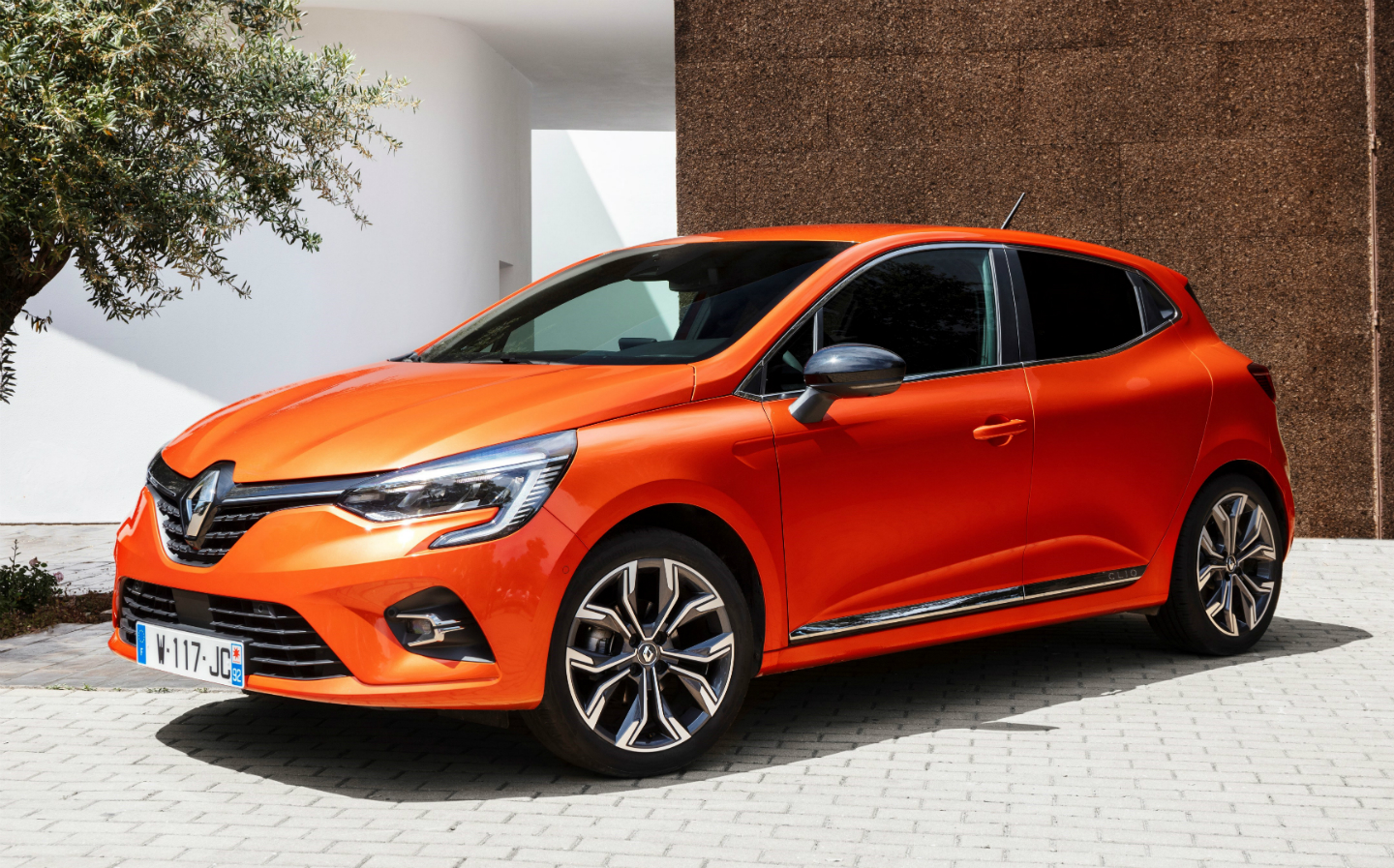 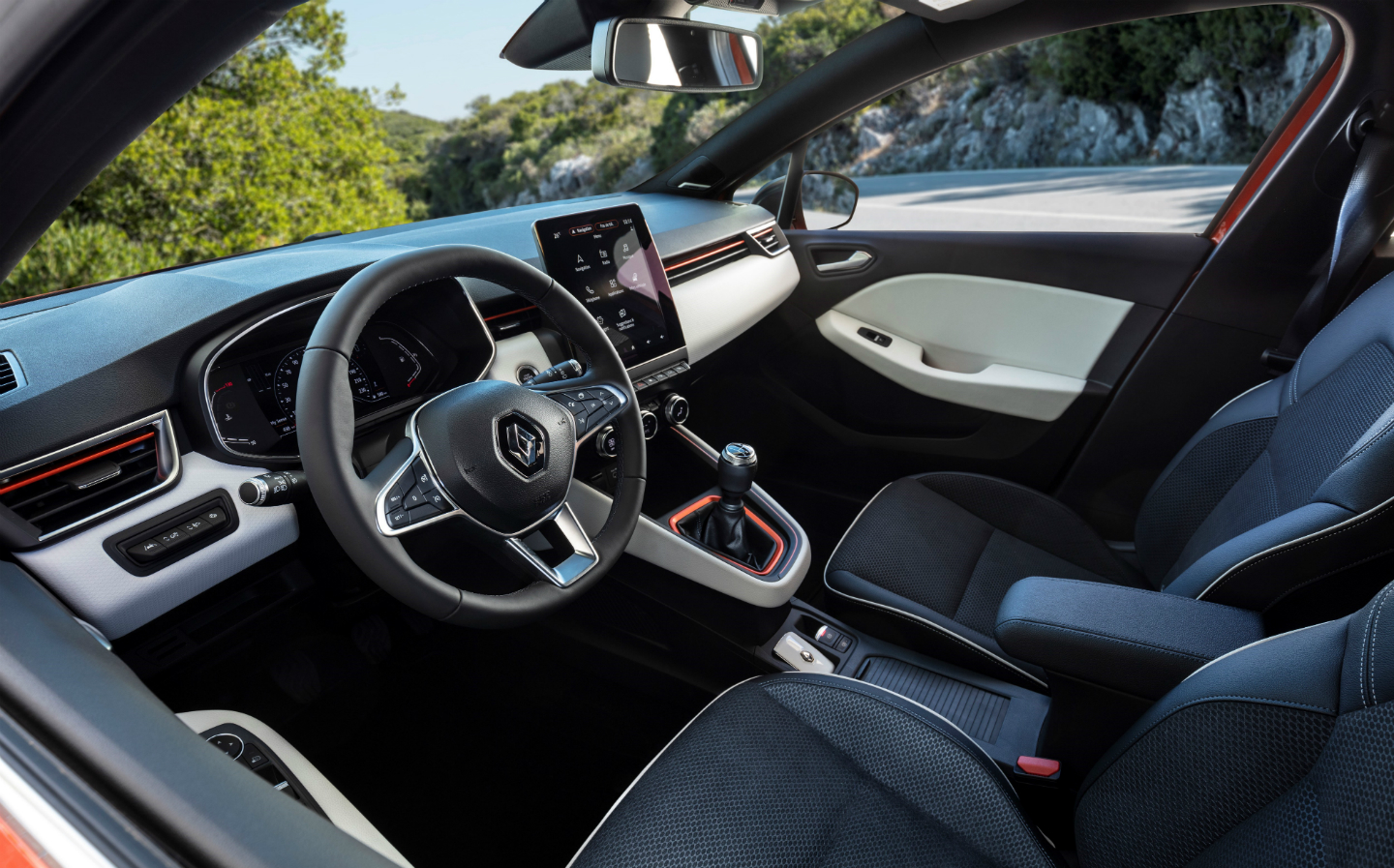 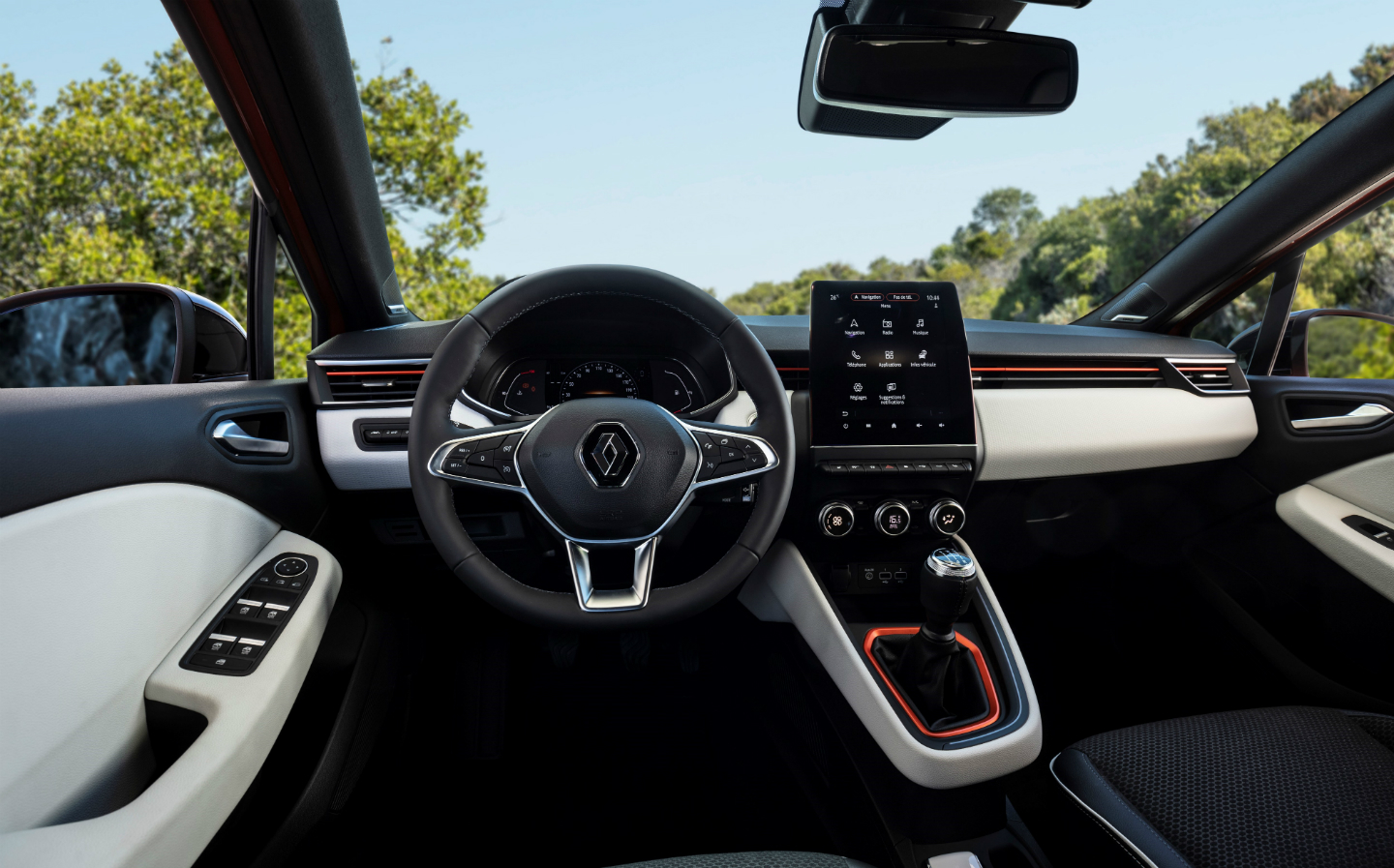 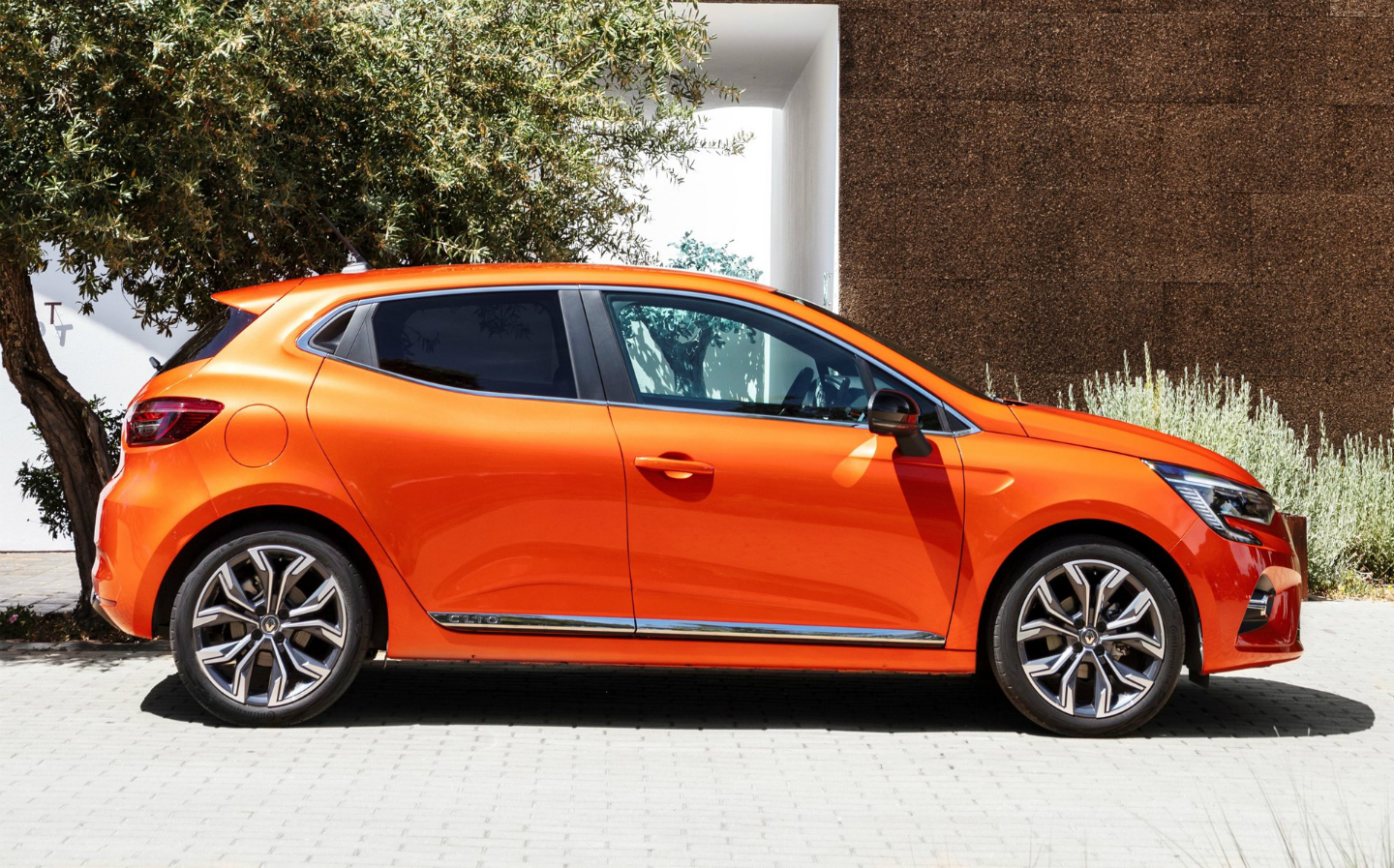 THE RENAULT Clio has been with us since 1990, but its spiritual predecessor, the diminutive Renault 5, first started showing the world that small could be cool – and practical – back in 1972.

Unlike the even dinkier Mini, the Renault 5 could be had with five doors, a usable boot and even spawned a mad-cap mid-engined variant that took the fight to Audi and Lancia on rally stages around the world.

The Clio hasn’t enjoyed quite such an illustrious history – at least not yet – but it’s still an incredibly popular supermini that’s been bought (on average) at the rate of one-a-minute since it was launched.

This latest fifth-generation model stays true to its compact-yet-practical roots by being slightly smaller than the car it replaces – unlike most ever-ballooning modern superminis.

In fact, the Clio Mk. 5, with its box-fresh underpinnings and 85% all-new components, looks pretty much identical to the old model. Yes, you get some Mégane-esque headlights, new bumpers and a broader bootlid that blends in with the rear bumper, but the upturned rear window sills, one-box silhouette and pinched-waistline door mouldings remain mostly unchanged.

This might sound like a bit of a missed opportunity, but one look at the new Renault Clio’s cabin and you’ll realise Renault’s designers were probably too busy revamping its interior to worry too much about what the Clio looked like on the outside.

Instead of the old car’s acres of shiny (but easy to scratch) plastics and Fisher-Price buttons, you get a seriously swanky cabin that wouldn’t look out of place in something costing twice the price. Renault hasn’t scrimped on materials for the new Clio, either – almost every surface above the centre console feels at least as soft and yielding as in a VW Polo.

Unfortunately, the Clio’s portrait infotainment touchscreen isn’t a patch on the Polo’s system. It looks rather smart and it’s easy to read (even in bright sunlight) but the fiddly menus are a pain to use on the move and the graphics aren’t exactly cutting-edge. At least the digital driver’s display helps make up for the central screen’s shortcomings, but it still lags behind the VW’s sharper, brighter unit.

Once again, the Clio plays second fiddle to the Polo when it comes to carrying passengers. Sure, there’s space for a generously-proportioned Gallic driver to get comfortable in the front, but space in the back is a bit more ‘Asterix’ than ‘Obelix’.

What the new Renault Clio loses out in passenger space, it more than makes up for with its impressively spacious boot. There’s more room in there than you get in many much larger cars and the Clio’s wide, square boot makes loading abnormally large loads a piece of gâteau.

If you’ll be regularly packing your Clio’s boot to the brim, you’ll want to pick the 126hp petrol model. It’s by no means fast, but it’ll scoot down a motorway slip road without too much fuss and return reasonable fuel economy while doing so.

Frustratingly, it’s only available with a rather lethargic automatic gearbox – five-speed manual units come as standard on all other petrol versions and the only six-speed manual ‘box is fitted to the 1.5-litre diesel model.

The Renault Clio’s suspension is another slight annoyance. It’s by no means uncomfortably firm, but it makes the Clio jitter and bounce more than the VW Polo around town. You’d expect this setup would make it feel nimble and agile on a country road, but even R.S. Line models like the car we drove feel lacklustre when compared to the tres-nimble Ford Fiesta.

You can add a little weight to the steering and sharpen the throttle response by diving into the Clio’s ‘Multisense’ driving mode menu, but you’ll have to channel your inner Alain Prost to notice any real difference.

This shouldn’t put you off the new Renault Clio, though. It’s still a very competent small car that addresses many of the outgoing Clio’s failings in an equally slick and stylish package. It’s not perfect, and it’s evolution rather than revolution, but it goes to show that small can still be cool.