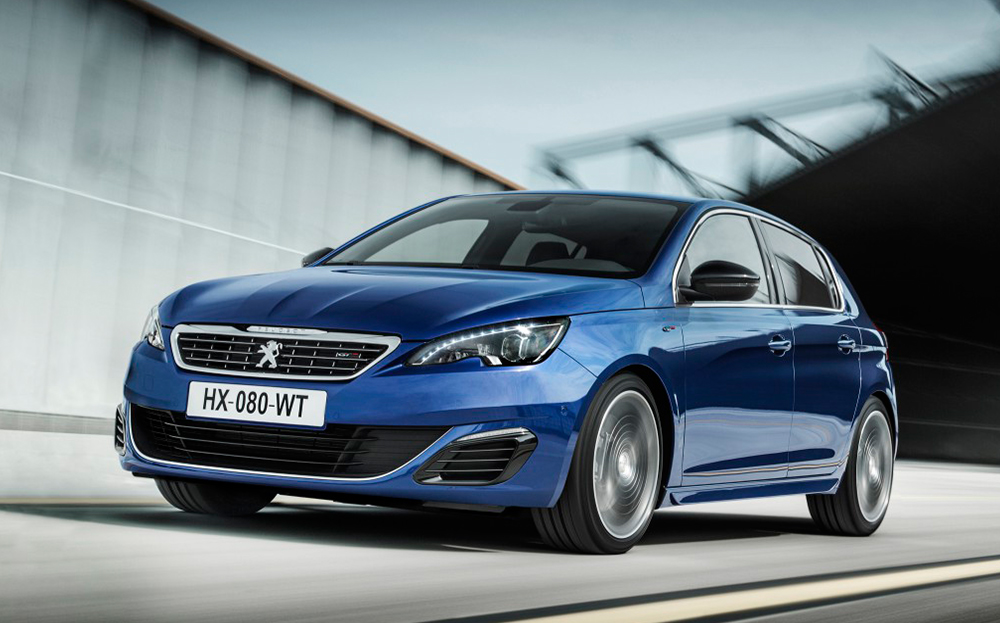 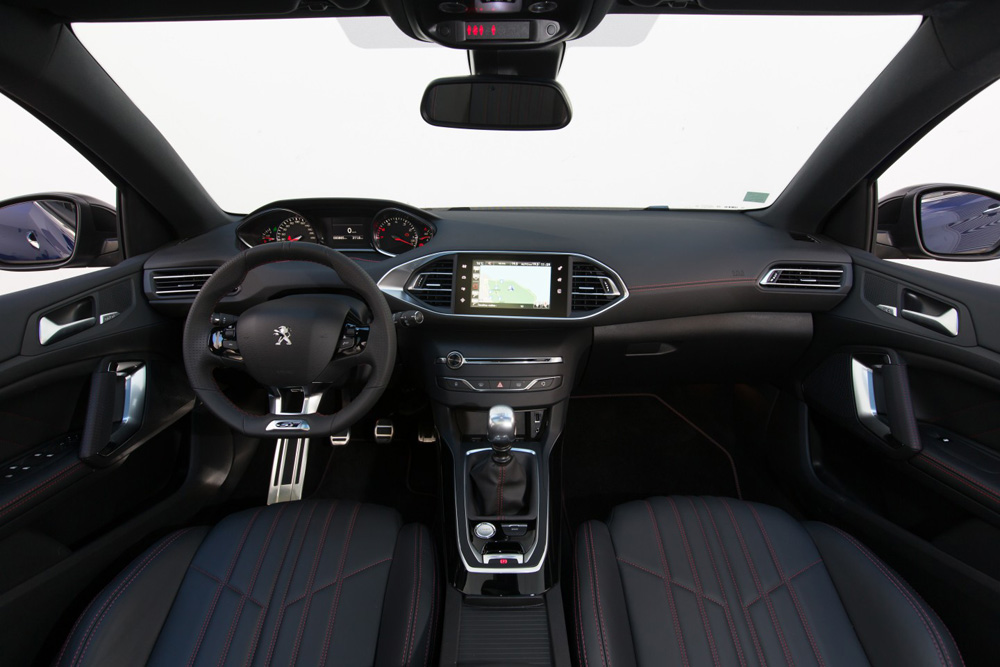 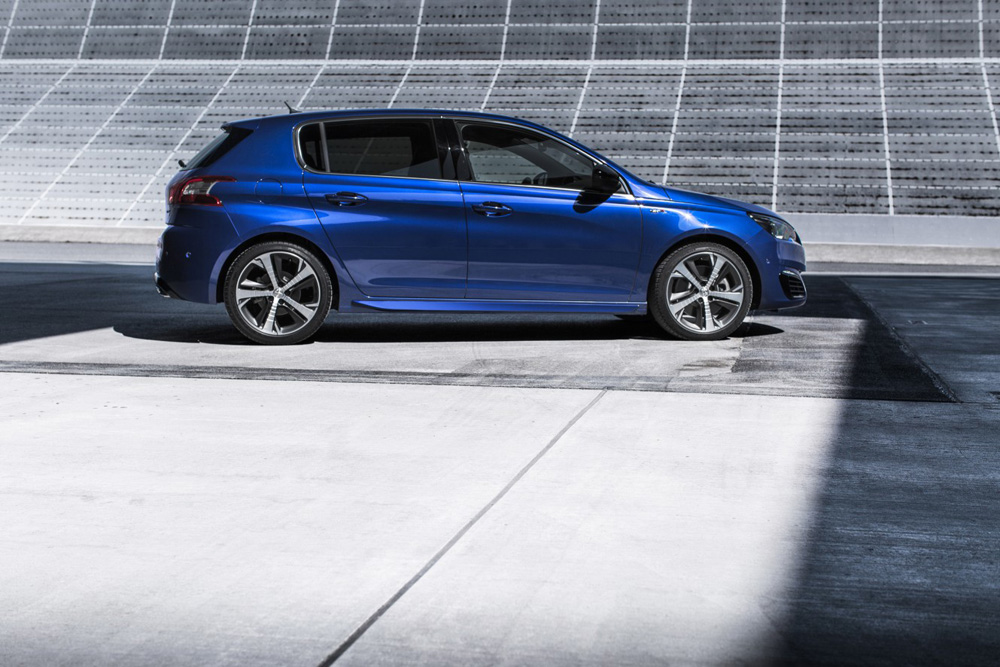 HAVING DESIGNED possibly the greatest hot hatch of all time back in 1984, the 205 GTI, and created one of the best car ads to go with it — a picture of the 205 zooming round a tight bend accompanied by the tagline, “If you want something sensible buy an anorak” — Peugeot then decided to snatch defeat from the jaws of victory, squandering its lead over rival car manufacturers by unveiling a succession of what can only be described as duds.

The logic was that as Yuppie owners of the zesty 205 grew up they would stop zipping to champagne bars and listening to Dire Straits on the cassette player. With parenthood looming they would want spacious, not sporty, and with their budgets squeezed by expanding families they would want frugal, not fast. The strategy was a bit of a disaster, as Peugeot would probably admit. The cars were perceived to be growing old — like their customers. Where would it end up? With the Peugeot Motability?

Instead of appealing to young families, a succession of disappointing models with agricultural-sounding diesel engines sat forlornly in showrooms or were flogged off as fleet cars. Peugeot learnt a hard lesson as falling sales and overseas competition forced it to close factories. Not a moment too soon, it is transforming its image by making cars that are not just practical but hip.

It has had some success with new models such as the impressive 208 GTi 30th anniversary edition (see the driving.co.uk review here) and now, hot on the heels of the award-winning 308 — European Car of the Year 2014 — comes the 308 GT. It’s designed to win over sceptics who still think that Peugeots are driven by ditherers in hats. If it were a curry, it would be a jalfrezi, says the company; if it were a pizza, it would be an “American hot”.

It’s designed to win over sceptics who still think that Peugeots are driven by ditherers in hats. If it were a curry, it would be a jalfrezi, says the company.

So how does the GT perform? Before prospective buyers reach for their leather driving gloves and slip into snake-skinned moccasin driving shoes, let’s get things clear: the GT doesn’t claim to be as powerful as a Volkswagen Golf GTI or a Ford Focus ST. Instead Peugeot says it is comparable to the Golf GT and Seat Leon FR. This gets it off to a bad start because at £24,095 for the five-door petrol model, and £25,945 for the diesel version, it seems a tad overpriced. A five-door Golf GT starts at £23,850 and a five-door Seat Leon FR is just £21,040. Even the Focus ST with a 247bhp petrol engine and six-speed manual gearbox is nearly £2,000 cheaper at £22,195 than the 202bhp petrol GT.

The 308 GT feels sprightly enough on twisty sections of the Portuguese coast where I test it, but push it hard and it feels too timid to be a genuine hot hatch. I checked the car’s spec to make sure. Yep, the figures say it all. It takes 7.5 seconds to reach 62mph from standstill, compared with 6.5 seconds for the Focus ST, and 7.4 seconds for the 177bhp Seat Leon 1.8 TSI FR.

Perhaps Peugeot is leaving room for a GTI edition but the problem is that leaves the GT in limbo — a lukewarm hatch at best. It’s a shame because the exterior is as sleek and racy-looking as a five-door could be. Inside, it’s stylish too and comfortable. The standard Peugeot 308 was one of the first cars designed with the tablet generation in mind. The usual array of buttons and knobs were replaced with a touchscreen interface called i-Cockpit.

The approach was controversial: some said that performing what should have been a relatively straightforward task such as turning up the heater became a distracting process of scrolling through sub-menus. This earned it the nickname i-Shockpit from some unkind members of the analogue generation. Nevertheless, it seems to work well and gets easier the more you use it. Anyone who can handle a smartphone won’t be fazed.

The build quality is good, too — particularly the sporty-looking interior with red stitching on the seats, gearlever gaiter and the floor mats, and the aluminium detailing on the pedals.

The novel feature Peugeot is most keen to emphasise is the “driver sport pack”, which isn’t so much a pack as a console button designed to give the car a more aggressive feel. Can a mere button do this? In the petrol model, which comes with a manual gearbox — the automatic unit is available only with the diesel engine — it sharpens the throttle and reduces power assistance to the steering, letting the driver take more control.

At the same time, the instrument dials turn from white to fiery red and readouts appear of power, torque and turbo pressure. Impressively — or so it seems at first — the engine note changes from a hum to a growl: from “pussy cat to big cat”, as a Peugeot representative said.

This is achieved, though, not by butterfly valves in the exhaust, as it is on cars such as the Aston Martin V8 Vantage and Ferrari 458 Italia. Instead the big-cat growl is piped into the cabin through six speakers arranged in the doors and dashboard. Not an amplified version of the actual engine sound, mind you, but a synthetic, electronically generated burble that varies in pitch and loudness according to how fast you’re travelling and what gear you’re in. A bit of a letdown then for those who like to listen to an actual engine rather than arcade game-style sound effects.

Peugeot told me the artificial engine note made the car “drive-by friendly”. Pedestrians and cyclists would not be troubled by a loud exhaust because only those inside the car could hear.

When I asked what would happen in the event of an engine malfunction or a misfire, Peugeot admitted the fake noise may help to conceal it. If the issue were serious, it added hastily, a warning light would appear on the instrument display.

Peugeot told me the artificial engine note made the car “drive-by friendly”. Pedestrians and cyclists would not be troubled by a loud exhaust because only those inside the car could hear. The other official explanation was that a (genuine) loud engine noise was caused by vibration, which implies friction and thus inefficiency and fuel wastage. So better to listen to a soundtrack instead.

Well, yes, but isn’t the engine sound part of what a GT is all about? Peugeot has eliminated with cold logic one of the pleasures of driving. After all, you can simulate the experience of walking through a pine forest with a scented air freshener but it’s hardly the same.

So is this car worthy of a GT badge? Well, put it this way: unlike the 205 GTI the 308 GT feels just a bit too sensible. Like an anorak even.

We like: Looks the part inside and out
We don’t like: That it’s just a warm hatch

Volkswagen Golf 1.4 TSI GT 5dr, £23,850
For Great image and performance
Against Not the roomiest in its class