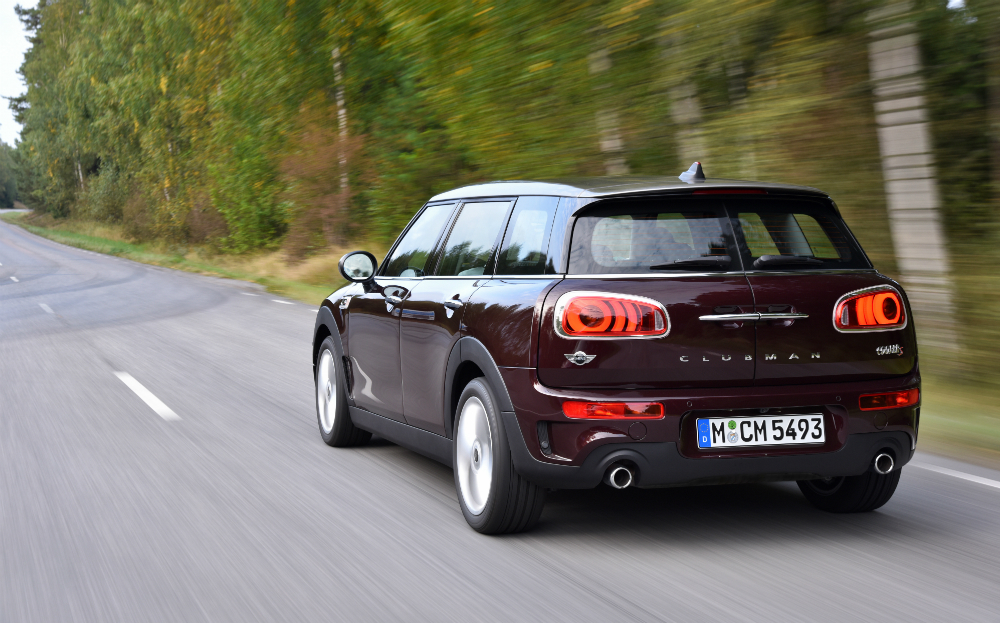 The last Mini Clubman was a self-conscious, wannabe hipster that tried too hard to be different. Unlike a VW Golf or Ford Focus, it had a solitary rear passenger door – labelled ‘suicide’ by some wags – because when Mum or Dad parked against the kerb in the direction of travel, to unload at the school gates, the children had to climb out into the road, rather than onto the pavement. Clearly, this was a ridiculous state of affairs.

View the used Mini Clubmans for sale on driving.co.uk

Mini realises that for its new Clubman to have any chance of sales success, it needs to tow the line and stop clowning around. So it has four proper doors and enough space inside for adults to fit comfortably in the back seats – it’s the largest Mini yet. In this way, it’s much more in keeping with the 1960s Mini Traveller that inspired it.

The timing of growing up could be good. If the chattering classes really do turn away from Volkswagen’s Golf and the Audi A3, not to mention any other cars that become embroiled in Dieselgate, then Mini just have the delivered the ideal alternative. The largest Mini yet – bigger than the Mini 5-door and longer, even, than a Golf – seeks to wrap the cheeky, upmarket appeal of the standard hatchback in a more practical, family-friendly package. 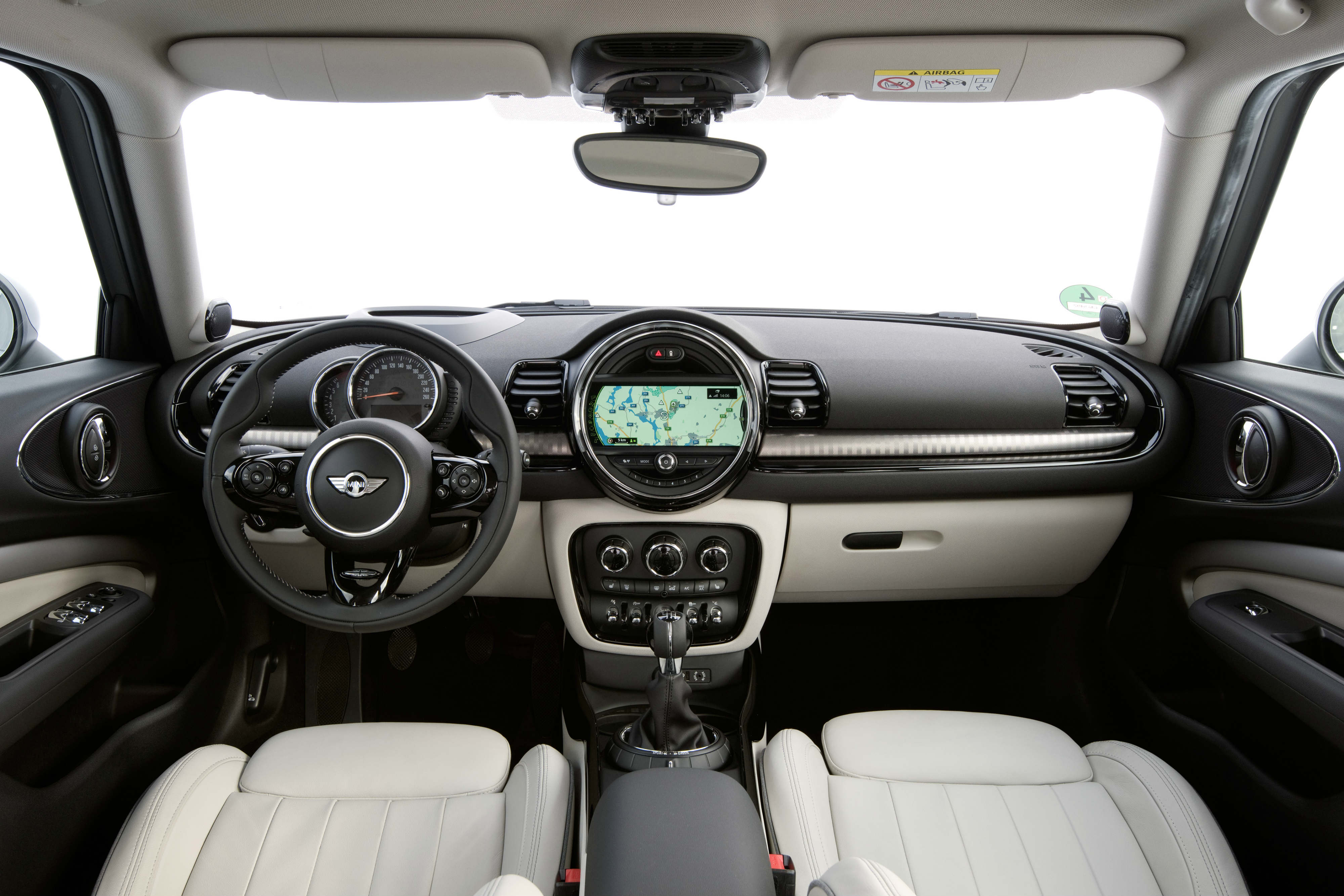 Another of the original Clubman’s signature features, the barn doors (well, van doors if we’re being honest), continues, but has been given an added twist. The pair of back doors can open independently at the touch of a button, or, if you opt for the Chili Pack (£2785), you can achieve access by kicking a foot below the rear bumper. You’d need Ali Baba’s “Open Sesame” trick to top that.

There are more surprises in store for those who like their car to have a sprinkling of humour. Open the driver’s door and the Mini logo is projected on to the floor for twenty seconds. Step inside and you’re treated to an LED light show, which is fun and not quite as naff as it sounds.

You sink down into sports chairs and stare at a cockpit that has some traditional Mini themes. The huge circular display in the centre of the car no longer houses a speedometer, but it’s still a repository of useful information. The retro toggle switches are a nice touch too and there are some cute details, such as the tartan-lined door bins. It has the sense of occasion you get from sitting in any Mini, but elevates the quality a great deal compared to the old Clubman. 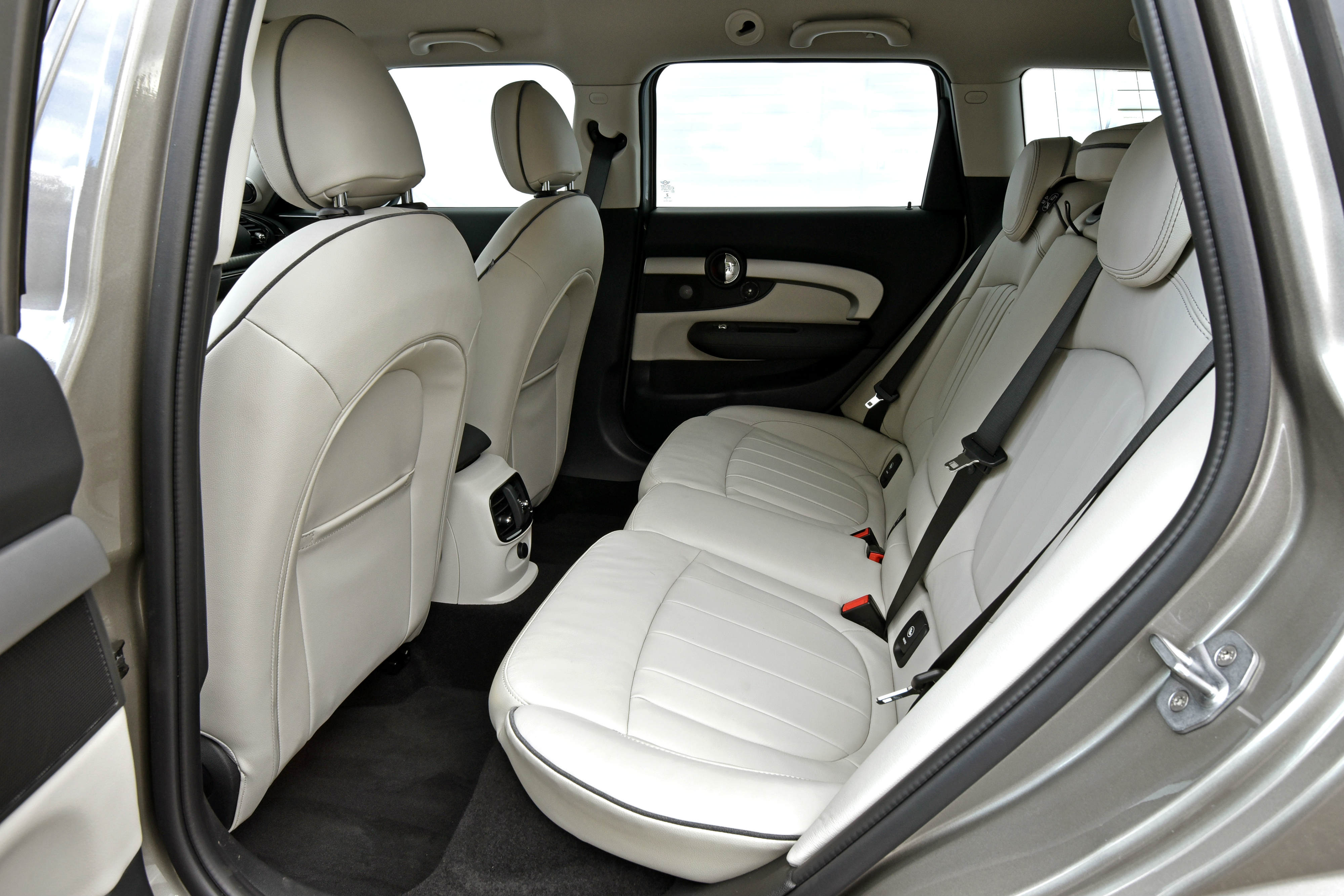 It’s significantly more accommodating than the hatchback or the Countryman SUV and for the first time, a brace of six footers can sit in tandem. It transforms the Mini from being a fad of the fashionistas into a feasible family car. It even has a reasonably sized boot – at 360 litres with the seats up, just 20 litres less than a Golf.

The Clubman drives more like a family car too. The extra long wheelbase makes a big difference to the ride comfort. In sportier versions of the hatchback Mini’s pursuit of go-kart handling often equates to a go-kart like ride, but Clubman is a genuinely comfortable and quiet long distance cruiser.

Mini fans shouldn’t panic that the dtsinctive cars have turned all mainstream. It retains some joie de vivre, turning with an enthusiasm its rivals can’t match. The manual gearbox has a nice, mechanical feel and the whole car feels like it’s been made by people who enjoy driving.

At the car’s launch, there was only the top spec’ Cooper S version with both a six-speed manual and a new eight-speed automatic gearbox. The ‘S’ has a 2.0-litre turbocharged engine developing 189bhp and 206 lb ft of torque. That’s enough for 0-62mph in 7.1sec (auto) and a top speed of 142mph, which sounds fine in isolation, but on the road, it feels brisk rather than rapid. 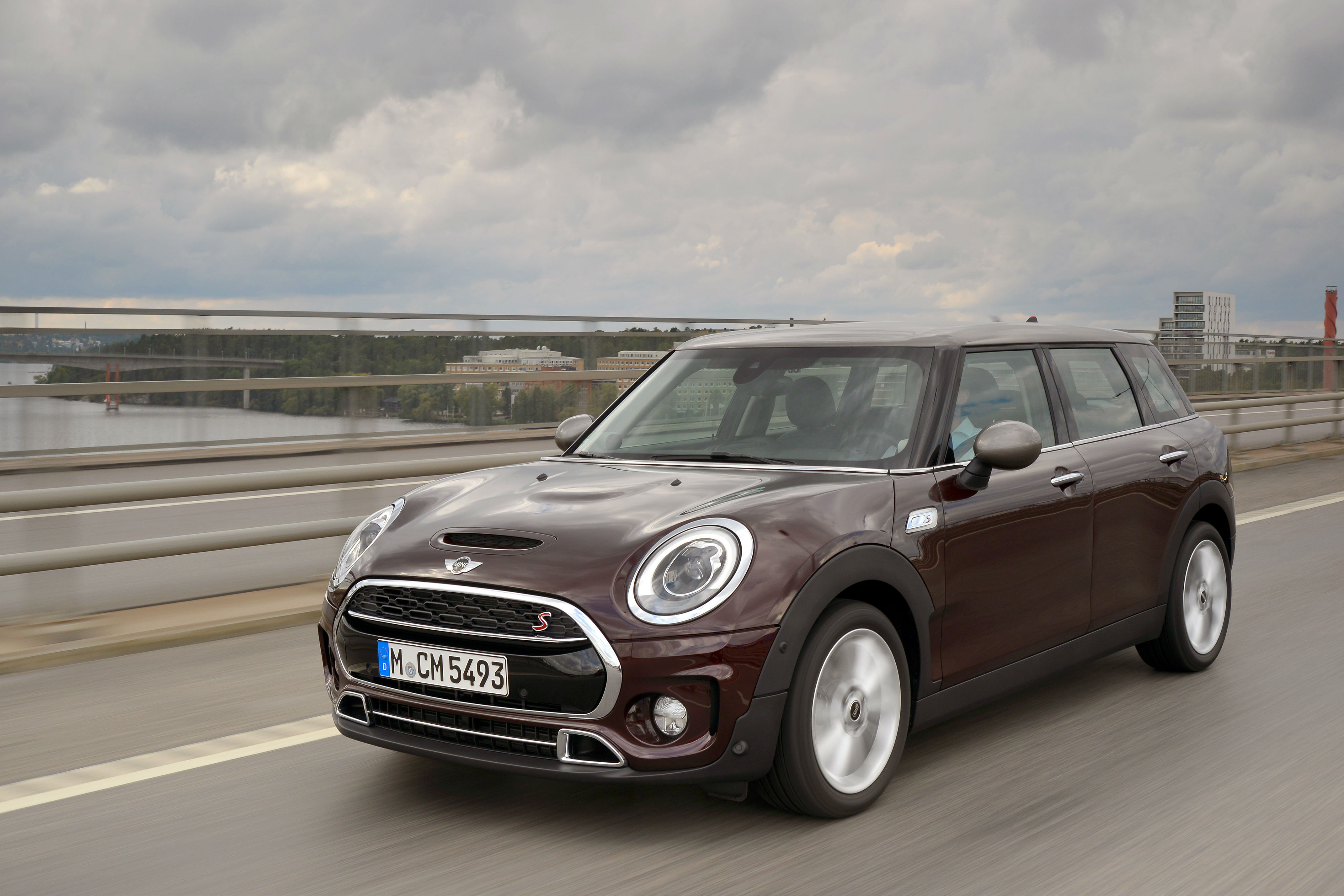 This is no doubt a function of its weight – at 1465kg, it’s a portly 230kg heavier than the three-door hatchback. No doubt that’s why Mini was reluctant to let us try either the standard 134 bhp Cooper or the 148 bhp Cooper D. Anyone wanting a go-faster Clubman would be best advised to either wait for the forthcoming John Cooper Works edition, or try the Cooper SD, which has 187bhp and a much bigger dollop (295 lb ft) of mid-range thrust.

At launch, the Clubman is priced from £19,995 for the Cooper to £24,255 for the Cooper SD. The Cooper S tested here starts at £22,755. That’s £3315 more than the equivalent five-door hatchback, but it is better equipped and much more versatile. It might lack the classic proportions of the three-door hatch and those ‘alien eye’ rear lights are a bit unsettling, but perversely, the least mini Mini could be one of its biggest hits.