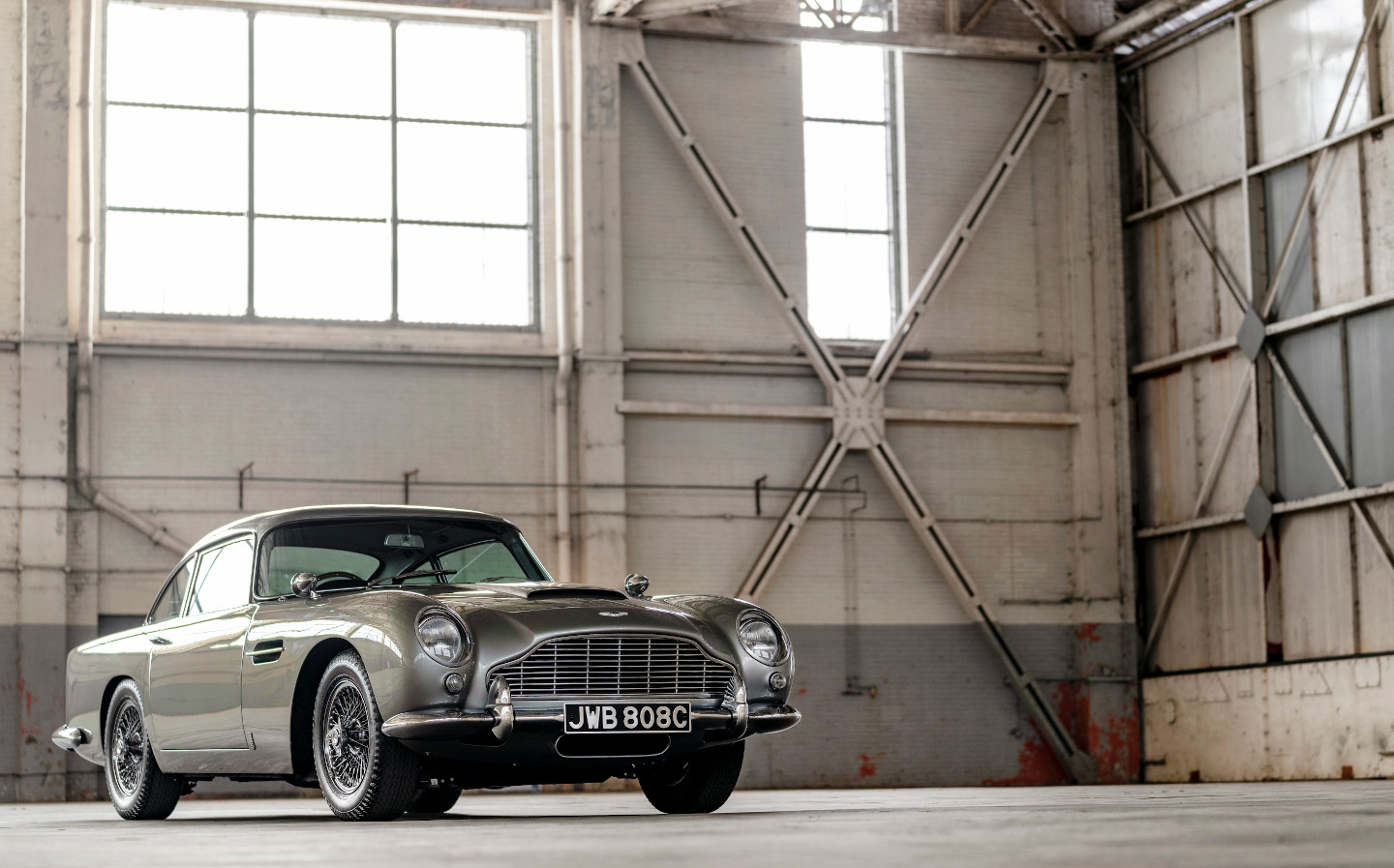 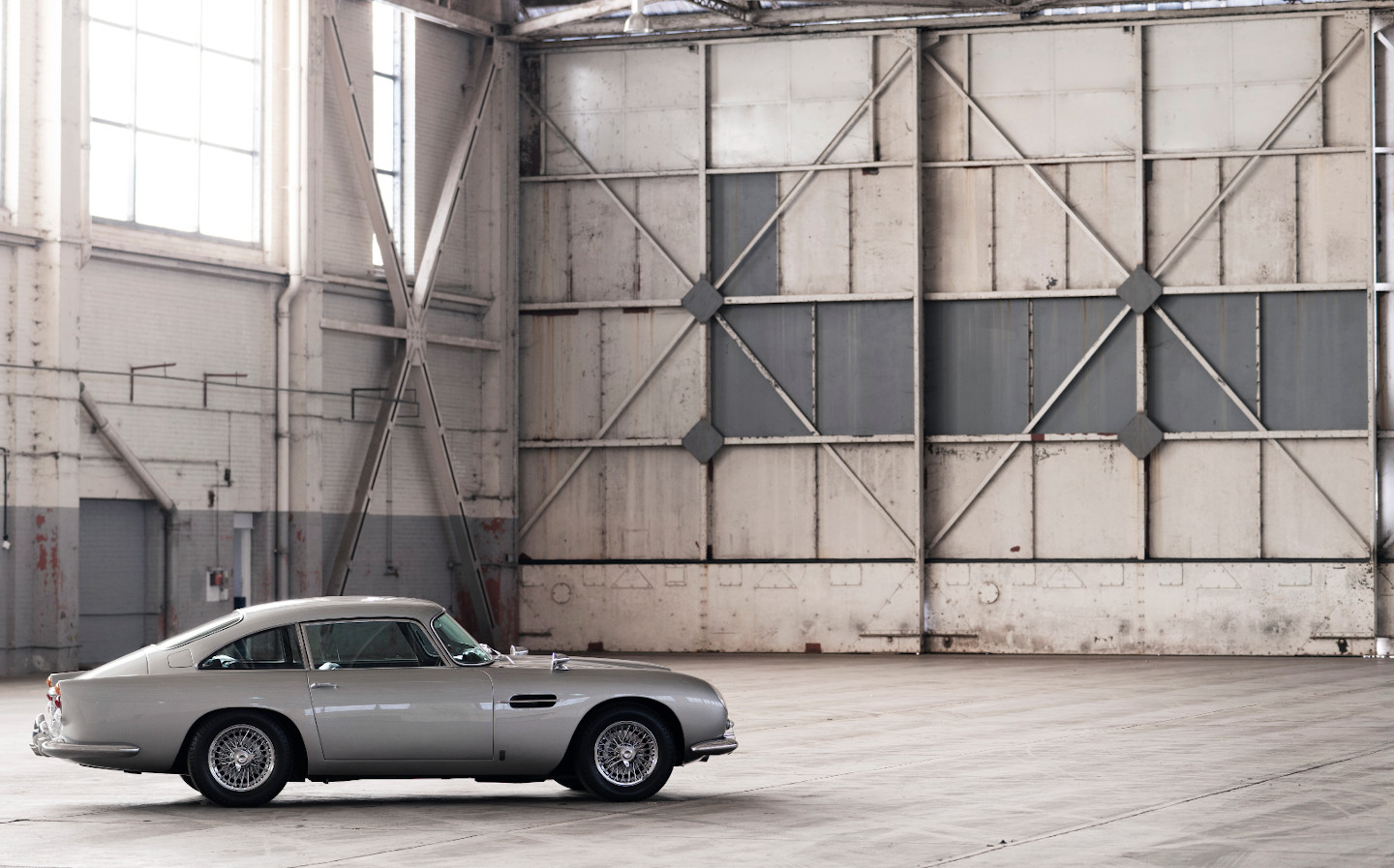 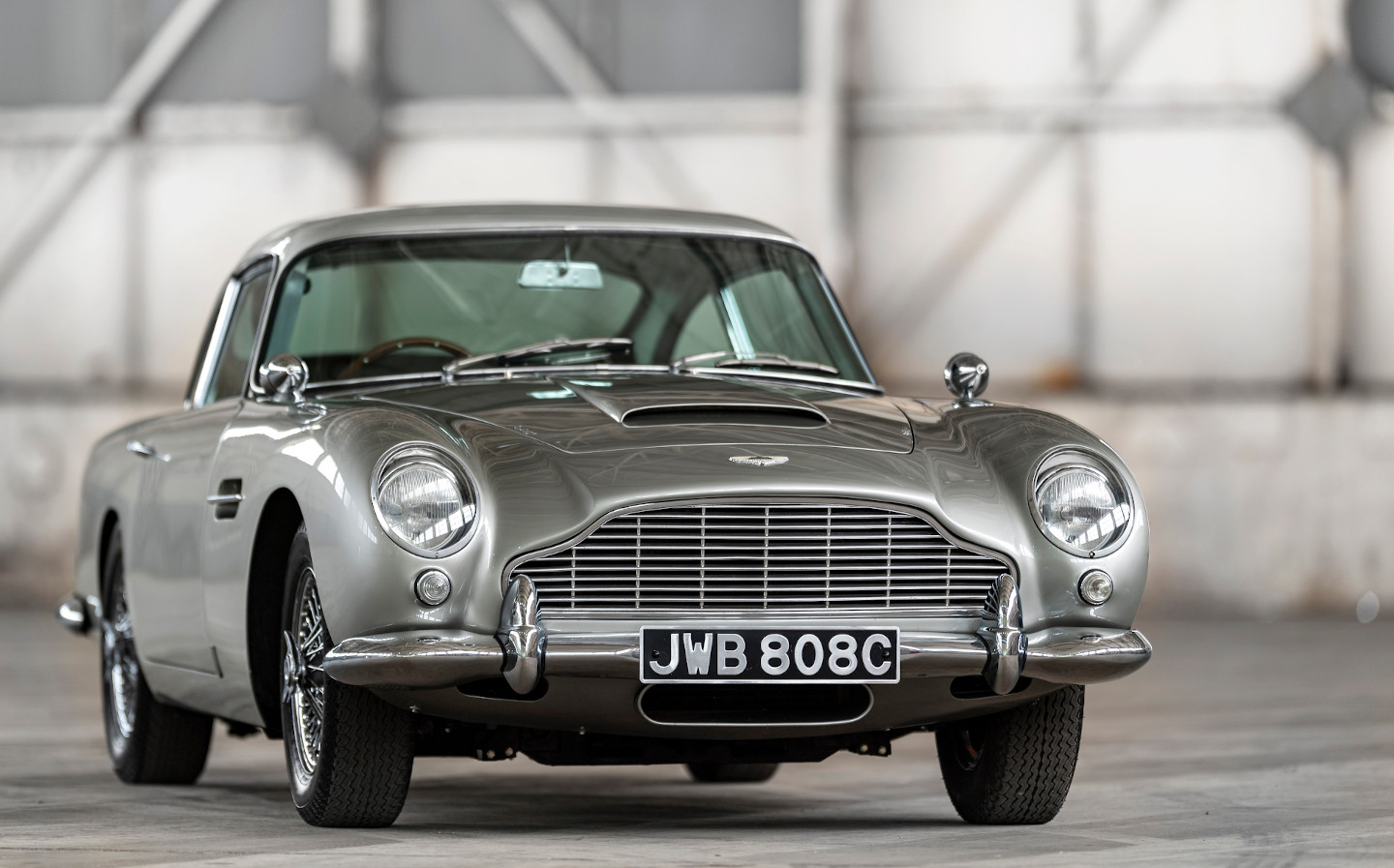 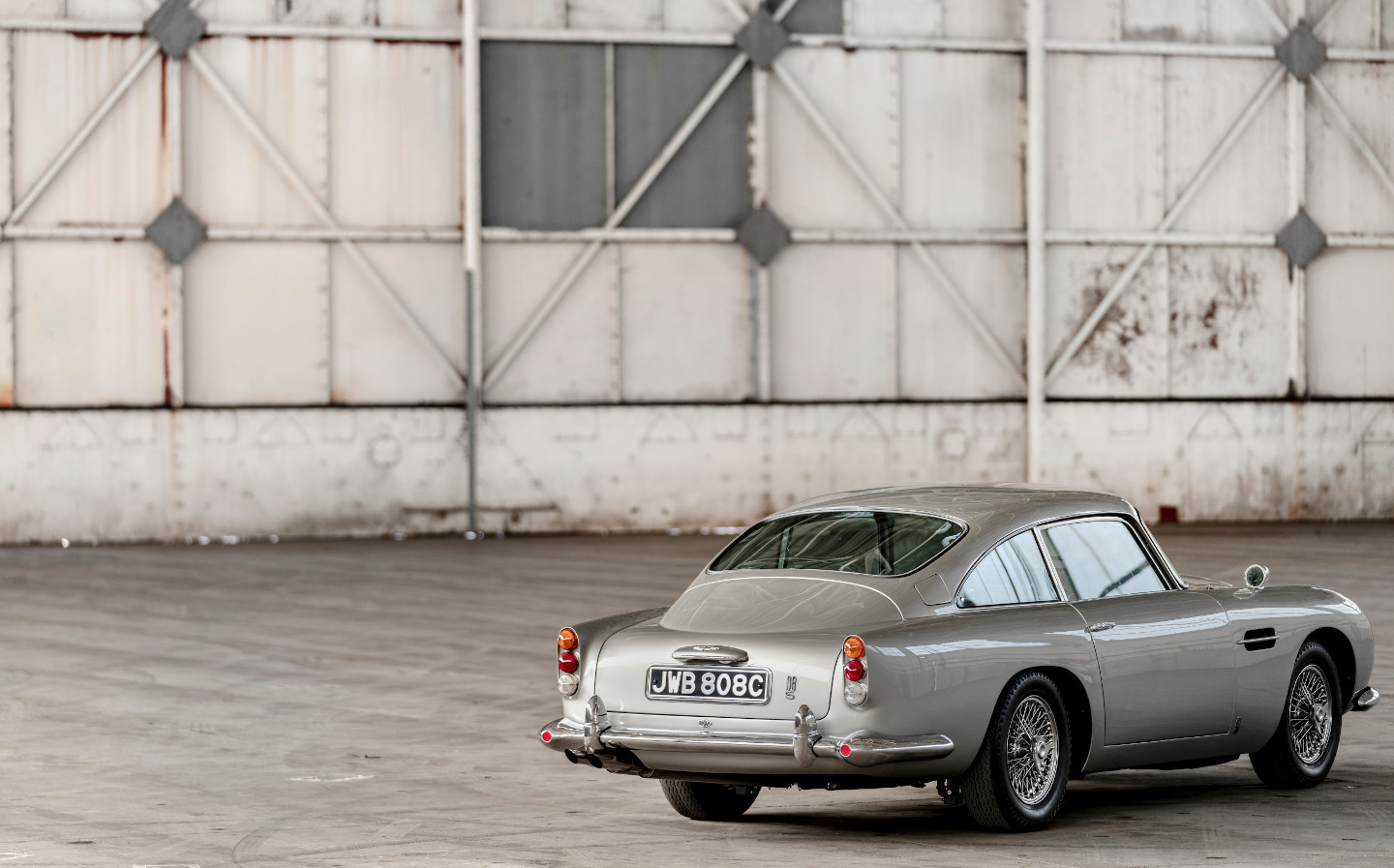 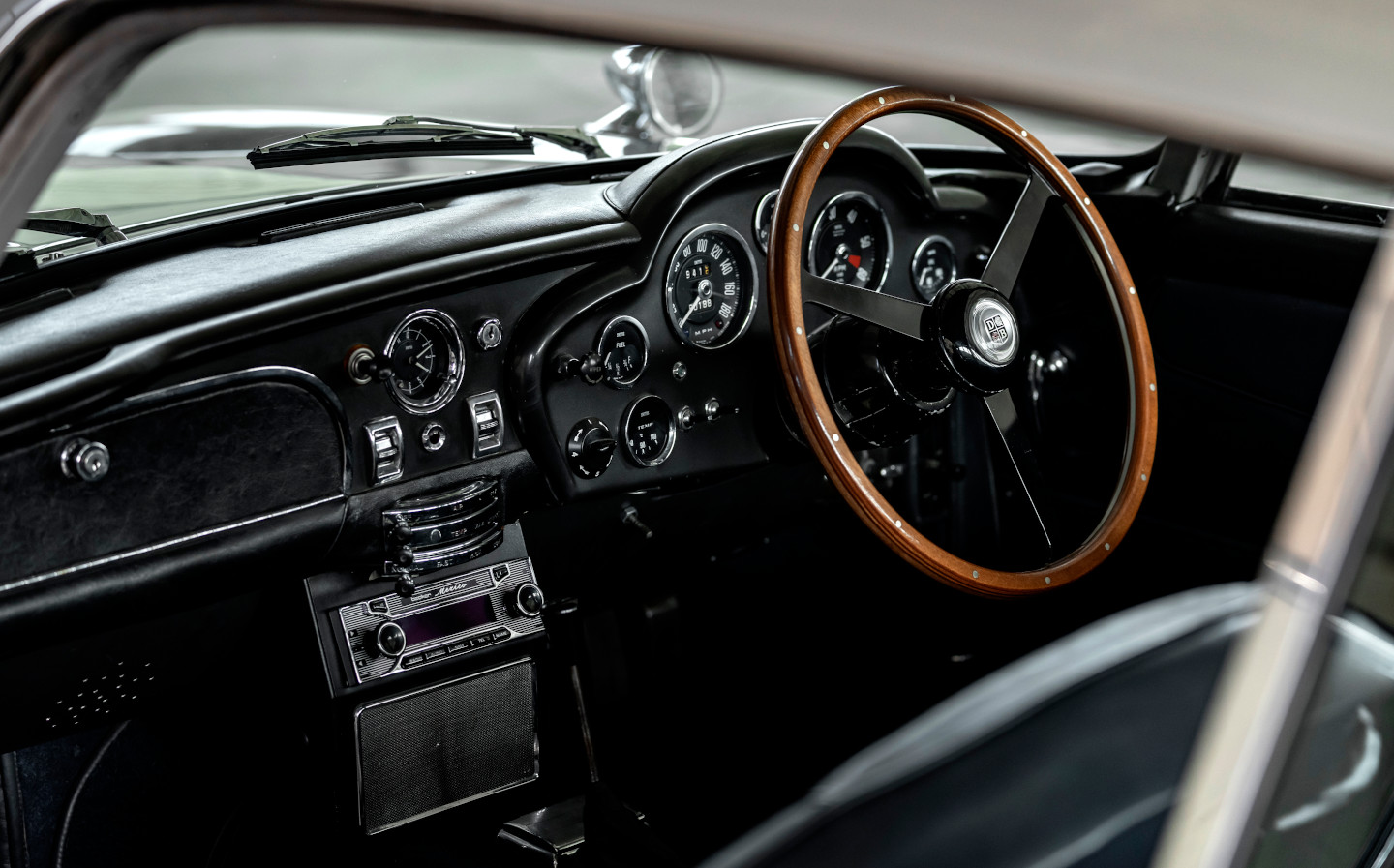 JEREMY Clarkson has some thoughts about the state of modern motoring. There are, he writes in today’s Sunday Times Magazine, only four new cars that he has any interest in buying. Two of them, to no one’s surprise, are Alfa Romeos. One is a Bentley Flying Spur, which he has now purchased. And the other… well he can’t actually remember the last one.

This, he says, is because the people who design and make modern cars are working to the most specific briefs they have ever worked to. “There’s a sense that engineers are no longer following their hearts because they’re too busy following the diktats of Greta Thunberg-obsessed governments.” It’s worth noting this is Clarkson’s second column in a row in which he’s mentioned the Swedish climate activist.

And it’s not just the transition to electric cars causing Clarkson’s increasing ambivalence. It’s the restrictions that have slowly been put on aesthetic affectations like pop-up headlights or flared wheel arches by road safety groups. “And everything else that makes a petrolhead’s heart sing has been stamped on by the jackboot of accountancy.”

He is quick to reassure us, however, that his love for cars has not waned. He has simply been thrust into the arms of the classic car world, instead. In fact, he can think of several classic cars he would like to buy: a BMW 3.0 CSL; a Lancia Fulvia; a Lancia Montecarlo; a Triumph TR6; one of several Alfas. The list goes on.

The main issue with classic cars, however, is that they are often not that enjoyable to drive: “You might think that a BMW 3.0 CSL drives in much the same way as a modern-day BMW M8. It doesn’t. It drives in much the same way as your ride-on mower. If you can get it up to any kind of speed, you will find that it takes several years to slow down again. And when you get to a corner, you will notice, if you are paying attention, that you are being overtaken by your own tail-lights.”

What would be perfect, then, would be a classic car built recently, which is a very well-established sub-sect of car: the “continuation” car. Jaguar has done it with the XKSS, Eagle does it (in a sense) with the Jaguar E-Type, and Aston Martin have done it with a couple of their beloved heritage models.

They did it initially with the DB4 GT, which they built to almost the exact same specifications as they did in the late fifties and early sixties, aside from fitting a more modern engine and more modern brakes. And despite costing an eye-watering £1.5m, that’s actually a lower price than you’d pay for one built six decades ago.

That brings us to the automotive subject of Clarkson’s column; the Aston DB5. Aston recently began production of 25 “continuation” DB5s, and not just any DB5s: ones built to Goldfinger specifications. That is, decked out with James Bond-esque gadgets and gizmos — although, as you may have guessed, the machine guns and ejector seat are not actually operational.

The DB5 Clarkson was given by Aston, however, is not one of these Goldfinger spec continuation models. He was instead given a sixties edition of the car, sans machine guns and oil slicks.

And in many ways it reminded him of the continuation DB4 GT, which he got the chance to drive across the Pyrenees a few years ago for an episode of The Grand Tour (Series 2 episode 8, if you’re looking). While it was a beauty to drive some of the time, he says, “at all other times it was as bolshie as a teenager. I still remember the noises the straight-cut gearbox made when I tried to swap cogs. I still remember how hot it was in the un-air-conditioned cockpit and how I couldn’t even wind the windows down. I remember the whines and the squeaks and the roars. I remember going over the Pyrenees in a damp peasouper and thinking: “Yes. I am very miserable.””

An outtake from the episode corroborates that, perhaps, the DB4 GT isn’t the easiest thing in the world to drive.

Don't worry, we did edit this out. #TheGrandTour pic.twitter.com/0KBqLfDByJ

Back to the DB5, though, which Clarkson took on a test drive to the pub. “ I went to the pub in it and, yes, it looked absolutely gorgeous sitting outside. I sat there thinking maybe I should have one instead of the 3.0 CSL.

“But on the way home? Oh dear. The DB5 wasn’t even a good handling car in the Sixties, and age hasn’t improved things. It’s not fast, either, and that’s a nuisance, because every van driver sits right on its bumper, taking video footage with one hand and throwing litter out of the window with the other.”

In fact, Clarkson’s enjoyment of the DB5 was dampened through its own beauty and rarity: people are so keen to get a picture or a glimpse of it that their own sense of road safety often gets thrown out of the window.

The DB5, according to Clarkson, is a car that is far better suited to be looked at on a driveway than driven on a road, where there are people and other moving cars. That’s definitely applicable to the Goldfinger edition, he says, which can’t even be legally driven on the road, despite its £3.3m price tag.

To read Clarkson’s thoughts on the Aston Martin DB5 and classic cars in general, grab a copy of today’s Sunday Times Magazine, or head to The Sunday Times website.

Jeremy Clarkson is reviewing cars again, post-lockdown — several at once, in fact