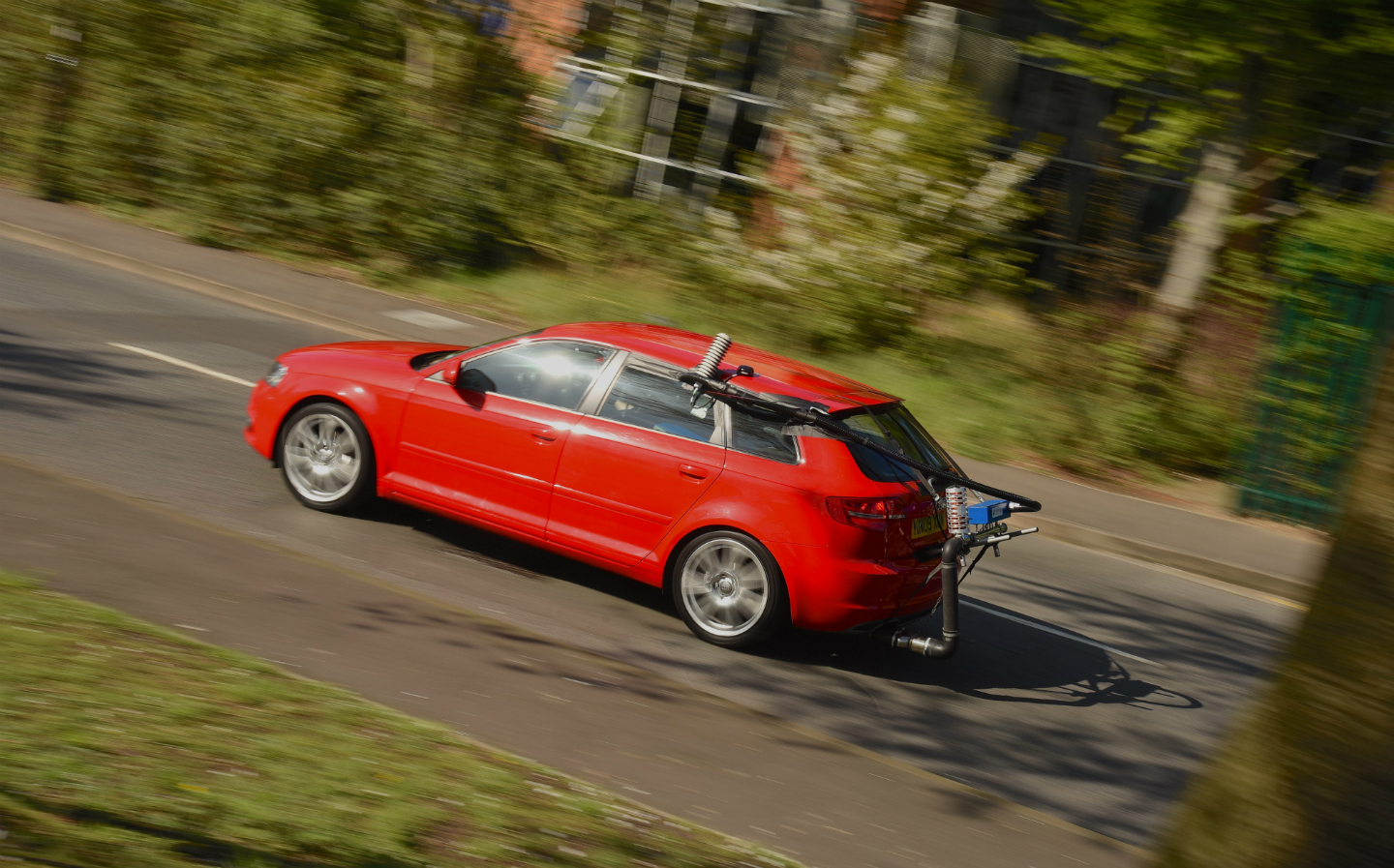 IF YOU’VE been reading car reviews, or are perhaps in the market to buy a new car, you may have noticed that certain models appear to be a lot less fuel efficient than they were 12 months ago. Some may appear to be a lot thirstier when compared than rivals. But hold fire: something else is going on that you need to know about.

Have you also noticed the acronym “WLTP” beginning to crop up? That’s the Worldwide Harmonised Light Vehicle Test procedure, a new, tougher fuel economy and emissions testing procedure introduced in September 2018, which all new cars must undergo before they go on sale.

WLTP replaces the old New European Driving Cycle (NEDC) test, which was purely lab-based and was known to massively overstate the fuel efficiency of cars and inaccurately rate emissions in real-world driving.

This became abundantly clear when it was discovered that Volkswagen had introduced a “defeat device” to its cars that recognised when the NEDC test was being performed and adjusted engine control settings to reduce emissions. Out on the road, its cars were found to be much more polluting. Emissions from cars have been under a spotlight ever since what became known as the “dieselgate” scandal.

The NEDC test was also found to be especially bad at reflecting changes in car technology — most notably the rise of plug-in hybrid cars, which can produce either zero emissions or rather a lot, depending on the state of charge in the high-voltage battery.

Despite its name, WLTP has predominantly been adopted by European countries so far, such as Switzerland, Norway, Iceland and all European Union member states. WLTP has also been introduced to Turkey and Israel, with South Korea and India soon to follow suit, and Japan and China have committed to adopting their own versions of WLTP in 2021.

But, crucially, as WLTP rolls out you may still be seeing old NEDC fuel economy figures on some websites, and emissions figures are very likely to still show NEDC result or even a conversion from WLTP back to NEDC for some months to come. Read on for details. 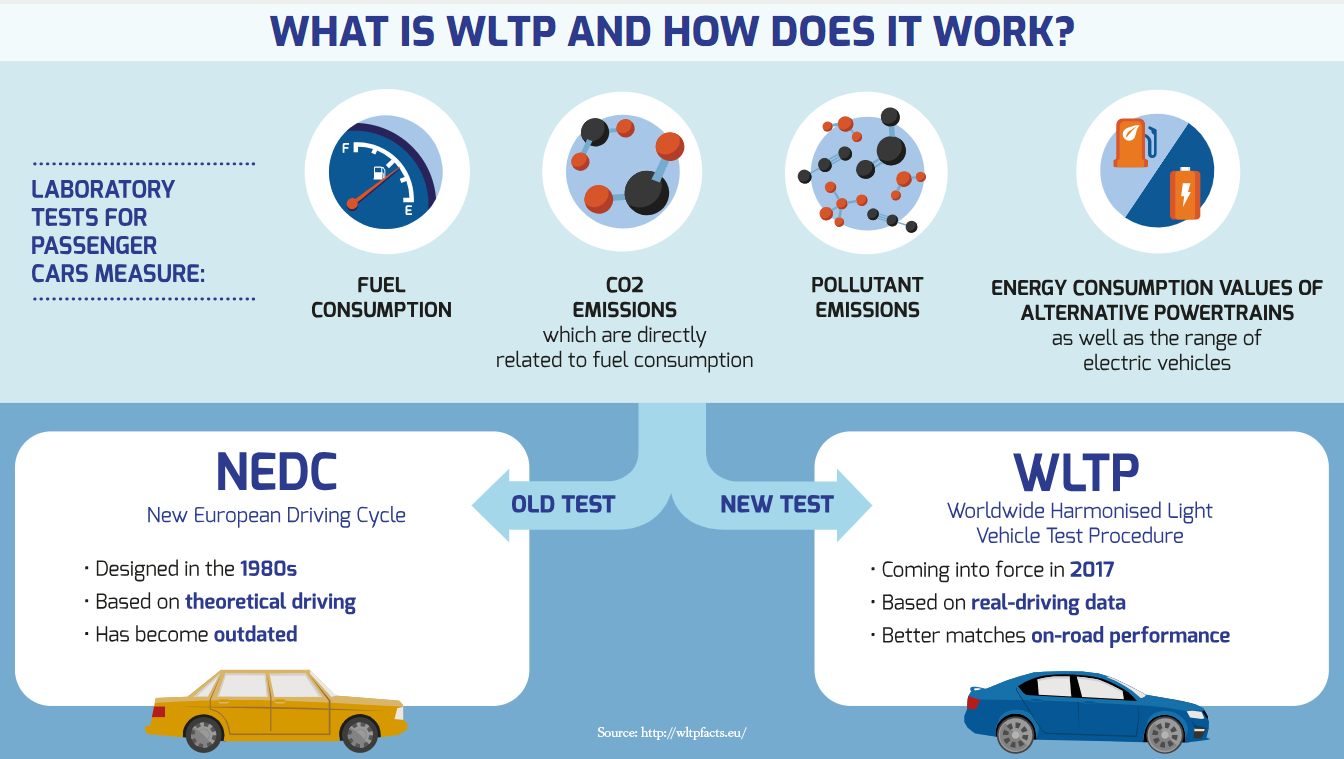 How is WLTP different from NEDC?

WLTP tests have been designed to be more reflective of how people tend to drive their cars. In comparison with the old NEDC procedure, WLTP tests take place for longer, and the car being assessed will be driven for longer and at higher speeds than before.

WLTP also assesses cars in their lightest and heaviest specifications, so the impact the features such as larger wheels have on a car’s efficiency are noted. That’s why results are often presented in a range (eg. 37.8-41.2mpg). Only one spec of car was examined in the old NEDC tests.

To counter plug-in hybrid cars achieving results that seemed too optimistic, the WLTP testing procedures records their fuel economy and emissions over longer journeys, over multiple test cycles, including with a flat battery. It’s claimed testing these cars this way will paint a more accurate picture of their efficiency and range.

Supplementing the WLTP tests is a Real Driving Emissions (RDE) test, which measures the emissions of a car in real-world driving away from a lab environment. Due to the variability, RDE won’t influence WLTP figures, but it will help verify the lab test results and make sure car makers aren’t exceeding emissions caps of harmful pollutants such as nitrogen oxides (NOx).

What will this mean for me?

As mentioned in the introduction, economy and emissions figures may appear to be “worse” now than they were before, but that doesn’t mean the WLTP rules have made cars less frugal and more polluting. Instead, the comparable drops in efficiency are due to the longer, more thorough testing procedure, meaning you’re now more likely to match the official economy figure in everyday driving.

Though car makers can only use WLTP fuel economy figures in their customer-facing material, NEDC emissions figures can still be referenced until they’re fully phased out in 2020. To avoid confusion, however, the European Automobile Manufacturers Association (ACEA) is advising car makers should only use WLTP data from now on.

In the future, the European Union (EU) and UK will use WLTP emissions figures only, but for now, car buyers have to be extra vigilant when comparing cars’ emissions to make sure they’re both NEDC or WLTP.

And importantly, NEDC emissions are still used to determine which tax band your car sits, until April 2020. It’s unclear how the tax categories will change when WLTP replaces NEDC in full next year, though the ACEA believes “the shift to WLTP should not negatively impact vehicle taxation by increasing costs for consumers”.

Even though cars had to be homologated for WLTP by September 2018, it’s still possible to buy a ‘new’ car that wasn’t tested under the new rules. As part of the WLTP transition period, car dealerships are allowed to sell a “limited” number of non-WLTP compliant cars they have in stock, though only until September 2019.