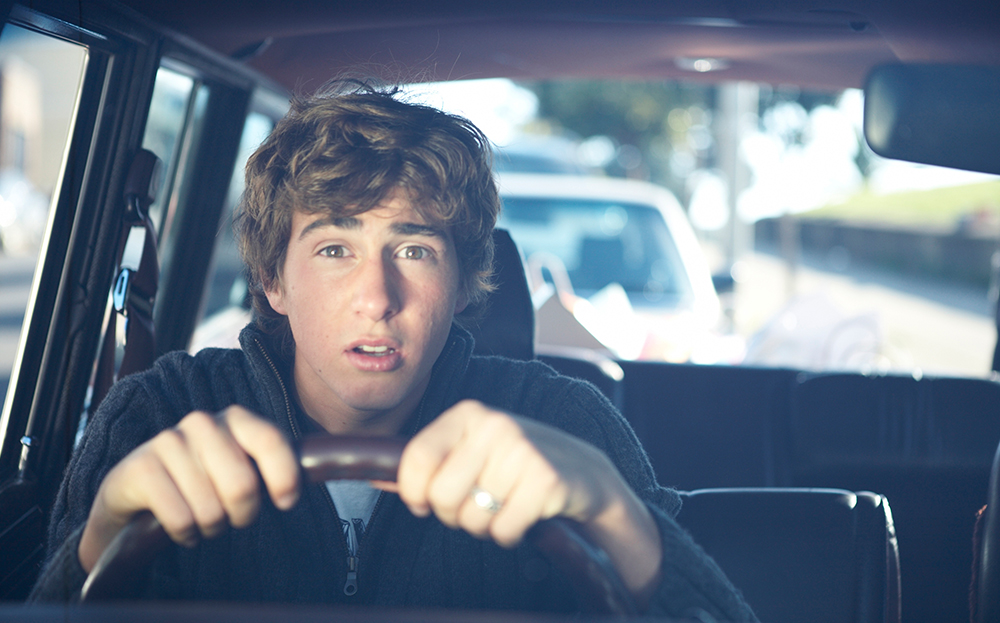 DRIVING TESTS are suspended at the moment, during the coronavirus lockdown, but under normal circumstances around 6,000 people take a driving test every day in the UK. For most candidates, it’s a stressful time not least because, according to the AA, they’ll have spent about £1,000 in lessons and test fees getting to this point.

Unfortunately, for many candidates it will have felt like money wasted since about 40% of them will fail. Lack of preparation and being taught by a relative rather than a qualified instructor are largely to blame. The bad habits resulting from poor tuition were revealed by Driving.co.uk when we listed the top 10 reasons for failing the driving test.

But there’s another, equally troubling reason: driving test nerves. The moment your hands go sweaty, your heart rate becomes erratic and you get that sinking feeling in the pit of your stomach, can undo even the most thorough preparation.

But the examiner isn’t the enemy. Lesley Young, the Chief Driving Examiner, even has some helpful advice.

“It’s normal to be nervous before your test, but if you’re properly prepared and your instructor thinks you’re ready, then there’s really no reason to worry.

“Your examiner’s not trying to catch you out; they just want to make sure that you can drive safely.”

If you fancy doing so, she says it’s OK to listen to the radio during your test — as long as it’s at a low volume and not a distraction. A piece of soothing music may be just the thing to calm your nerves.

“If it makes you more comfortable then it’s fine to listen to the radio. And there aren’t any rules against talking to the examiner – just make sure you keep your concentration.”

During the coronavirus pandemic, passengers aren’t allowed to ride along, but if government legislation allows it, Young says it’s a good idea to ask your instructor to sit in the back on your test.

“They won’t take any part in the test itself, but it might give you some moral support,” she says. “And it means they can also hear the feedback you get from the examiner at the end.”

The 10 most effective ways to combat driving test nerves 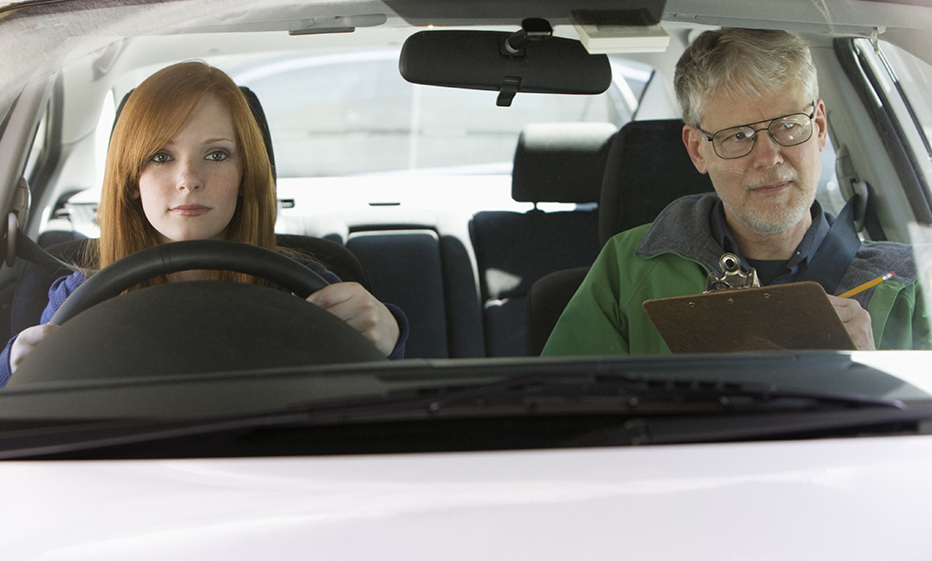 You wouldn’t be taking your driving test if you weren’t good enough to pass it. A good driving instructor won’t put you forward for your test until you’re at test standard. Knowing you’re just doing something you’ve done before many, many times before can really help.

Don’t tell everyone you’re taking your test. Keeping quiet about it takes some of the pressure off, so only tell the people you want or need to tell.

Eating might be the last thing on your mind but without food, you haven’t the brain fuel you need for your test. Eating something before your test will help you concentrate. A full English­ isn’t necessary; a banana will do.

The examiner may be in a hi-viz jacket and holding a clipboard but try to regard this as just another mock test. You’ll still put on your best performance but you’re less likely to panic about it all going wrong. Remember: no one is asking you to do anything you haven’t already done in your lessons.

5. Arrive at the test centre in good time and make sure your diary is free

Normally you should aim to get to the test centre about 15 minutes beforehand, so you’re not hurried or waiting too long, but during coronavirus the government says do not arrive more than five minutes before the appointment time. If you can, try to make sure it’s a day and a period in your life when you have no other stressful things happening.

You’ve spent the last few days, weeks and months preparing for your test, so there’s no need to beat yourself up about parallel parking now. By all means, have a drive around beforehand, but don’t convince yourself you need to do the perfect turn in the road just before you get to the test centre.

7. Stay off the caffeine

You might think you need all the coffee in the world after being awake all night worrying but drinking too much caffeine before your test can make you feel more agitated and nervous. Instead, drink plenty of water or something naturally calming such as a camomile tea.

8. Go to the lavatory

We don’t have to elaborate, do we? Suffice to say, you don’t want any distractions during your test.

Your driving test isn’t designed to determine how fast you can reverse around a corner. Take your time when it comes to the manoeuvres, and remember that you can always correct yourself. The examiner will want to make sure that you make the right checks and complete the manoeuvre safely, so take your time.

If you don’t pass, don’t worry — as mentioned above, 40% of learners fail their driving test, so you’re not alone. But learn from the mistakes and practice any blind spots (metaphorically speaking) before your next test. You’ll be better the second time around.

– Enjoyed our tips for combatting driving test nerves? Then you might be wondering if you can still have driving lessons during the Covid-19 lockdown? Here’s everything you need to know.
– If you’re planning to drive into London, you’ll want to read our guide to London’s Ultra lowEmission Zone to see if your chosen car will incur a charge.
– It was recently reported that four in five Brits support additional driving tests.