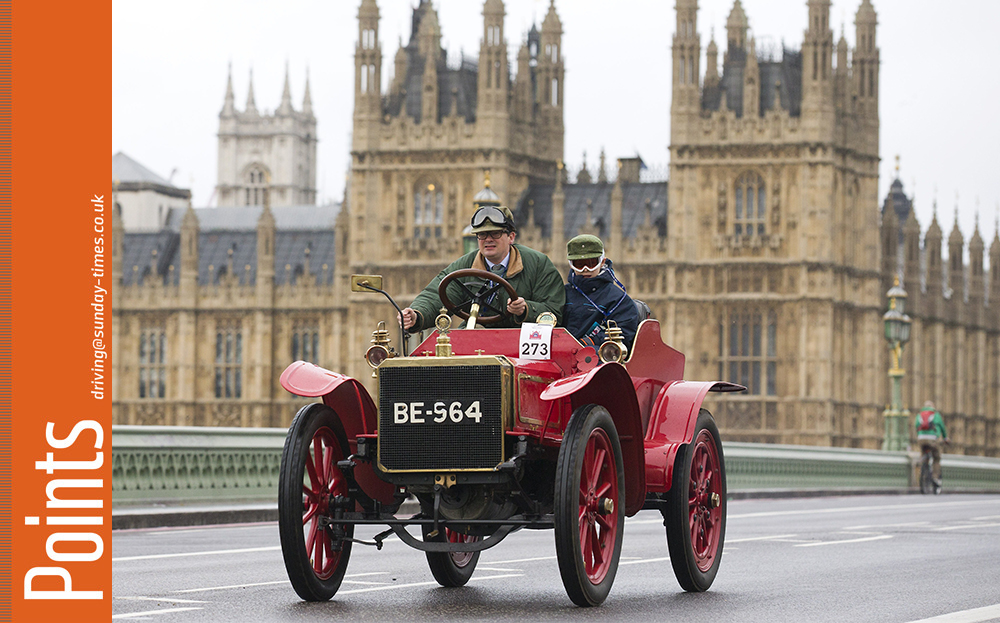 I have noticed the frequent misuse of the words “vintage’” and “veteran” to describe cars. Both have precise definitions (“A game of cops and robbers that cuts to the chase”, October 19). Veteran cars are those built before 1905; vintage vehicles are those built from January 1, 1905, to December 31, 1930. The term that apparently eludes those who misuse these words is “classic”, which although not precisely defined is generally deemed to be synonymous with “collectable” — an admittedly subjective concept.

Oh, how I look forward to the dark nights during the winter months and the thrill of sitting in long queues, having my retinas seared by the brake lights of the inconsiderate driver in front.

Has the correspondent who is so keen to avoid paying his parking penalty charge (Car Clinic, October 12) considered that as he contravened the regulations the decent thing to do would be to pay it, regardless of whether a mistake was made with the details of the numberplate on his ticket?

David Wood writes that parking in Welwyn Garden City in Hertfordshire is lawless and asks if other towns are similarly afflicted (“No parking restrictions”, Points, October 19). I nominate Bexhill-on-Sea in East Sussex.

We have no traffic wardens or parking attendants and the police seem to have no wish to enforce the law so we have a free-for-all. Single yellows, double yellows, zigzags, pavements, junctions — all normal parking regulations are ignored in the knowledge that you are highly unlikely to be punished. Motorists no longer bother to park — they just abandon their cars.

Having seen your article about the automation of the toll collection at the Dartford M25 crossing (“Cars’ frugality fuels fear of road pricing”, October 19), will this system be able to handle foreign registrations? Or will they get through for nothing, as will illegal registrations (which will presumably be charged to the owner of the valid vehicle)?

The Top 100 Cars? Where is the Nissan GT-R? Do you need another category for something that is superior for the price?