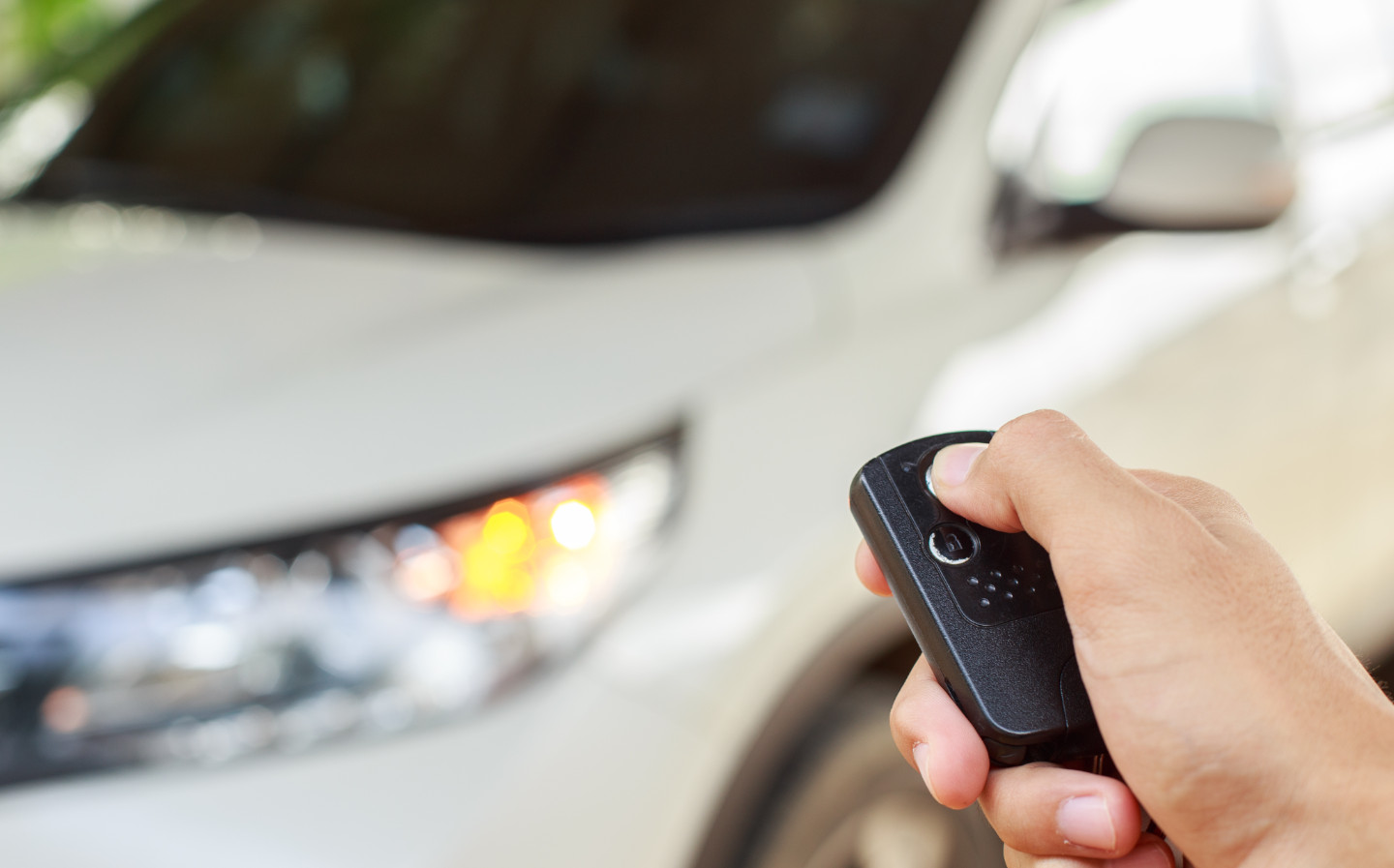 CAR THEFT has been around for as long as cars themselves, but the methods used get more technologically savvy in tandem with the increasing sophistication of car security. In the war against car crime, electronics appear to be giving thieves an edge. In England and Wales rates of car theft fell steadily from the early noughties to 2013, bottoming out at around 70,000 per year in 2013/14, but since then the tides have turned, and in 2018/19, it had risen to more than 114,000.

With an increasing number of cars now featuring keyless entry and start, car thieves are shifting their focus away from stealing keys to figuring out how to copy a car’s unique digital ID — known as cloning — allowing access without the original fob. One estimate from Tracker, a stolen vehicle recovery company, said that 92% of cars last year were taken without keys, a rise of nearly a third on the 2016 figure.

This inevitably affects insurance policies. Last year, 106,642 drivers listed a car theft on their quote when using comparison site GoCompare, and nearly a fifth (18%) of theft victims surveyed said that dealing with insurance after their car was stolen was the most stressful part of the entire ordeal. Learning how to reduce the chances of keyless theft, and knowing what to do if it happens, can help provide peace of mind.

What is keyless car theft and how do thieves do it?

We’ve been writing about how car thieves are modernising their craft for many years. There are several ways that criminals break into keyless cars, and none of them involve hot wiring or a coat hanger. “Key cloning” involves standing near the car’s fob (often outside the front door of a house, if the key is kept in the hallway) and boosting the signal to another device, held by an accomplice, near the vehicle. The car can then be unlocked, opened and started without setting off the alarm. Another method, known as “signal jamming”, blocks the signal from an owner’s fob to the car as they walk away from the vehicle, thereby preventing it from locking. A more sophisticated method called “app hacking” is when a criminal is able to log into a mobile phone app that is used to unlock the car. Other methods exist besides.

What are car makers doing about it?

In short, a lot. Safety and security are both paramount concerns for car makers, and they don’t want their cars to gain a reputation for being easy to break into.

There are a number of routes being taken. Ford has introduced motion sensor key fobs, which enters a “sleep mode” after being stationary for 40 seconds, making it impossible to clone without picking up. Others, like VW and Jaguar Land Rover, are using ultra wide band (UWB) radio technology, which adds much better security to the signal between fob and vehicle – so far criminals have been unable to clone a UWB signal.

Are car makers getting better at preventing it?

Anecdotally, it would seem so, although it’s still hard to tell from a statistical point of view. Lee Griffin, CEO of GoCompare, points out that there aren’t many readily available stats on whether or not keyless car thefts specifically are increasing. However, the number of keyless cars is increasing, and the unlawful taking of vehicles increased by 5% in the last year. It will take time for the new technologies to filter down to used cars, leaving the door open for criminals in the short term.

He’s not the only one feeling wary: research commissioned by GoCompare found that 69% of drivers are worried about the increase in levels of car crime.

In short, Griffin doesn’t think that car theft is going anywhere fast. “As technology moves forward, you’d hope that you’d be shutting these things down, but I think there will always be a way of somebody finding a way round it. Who would have thought that the cloning of keys would be a thing?”

According to GoCompare’s research, the average that an insurance premium goes up after a car theft is a staggering £629. And it’s not just the cost of the premium: “Things like the the loss of your no claims bonus and the fact that you’ve had a theft claim can raise the cost. Unfortunately the way insurance works is that they consider cases of theft [in the calculation],” says Griffin.

That means that further claims, like car accidents, can pile on to create a very expensive insurance premium. What he recommends doing, therefore, is shopping around for an insurance provider to find one with criteria that suit your needs, between high risk and low risk insurance models. “There’s a lot of competition. There’s a lot of brands offering a lot of insurance quotes.”

If you are unlucky enough for it to happen to you, Griffin points out that “insurance companies won’t do anything until you have a crime reference number, so the first thing you need to do is call the police and get the claim in motion.”

What happens next will depend on what level of insurance you have. Third party is unlikely to cover crime and theft — although there are slightly more expensive third party, fire and theft policies — while fully comprehensive is most likely to cover you.

But it will depend on the context of the burglary, he says. “If you’ve left the front door unlocked, which is a dangerous thing to do anyway, or if you’ve left the keys in the car, there can always be circumstances. I think insurers nowadays are a lot more pragmatic with this stuff and they realise the stress caused, particularly by theft, and try and resolve these things as quickly as possible.”

What can I do to prevent my insurance from increasing?

There are a number of preventative measures you can take to lower the chances of keyless theft and subsequent insurance nightmares. Buying a car with a high security rating is a good start — insurance companies group cars together into brackets using data such as this (alongside other obvious things like the number of brake horsepower). Griffin couldn’t pick out any specific brands with issues, although he noted that Range Rovers suffered with security issues a few years ago that have now been remedied.

Don’t give thieves a window of opportunity, he says: “Unfortunately criminals always see opportunities in things, and quite frankly it doesn’t even need to be that high-tech. There are things like leaving your keys by your door inside your house — a lot of thefts of vehicles happen with the keys in the possession of the thieves.”

Past that, there are a number of devices that can act as a deterrent to thieves. There are modern things, like pouches for your keys that block cloning technology, and Michael Fraser, an ex-car thief who now works with GoCompare as a security expert, also recommends motion sensing cameras. However, there are more old-fashioned ways, too — a thief is unlikely to attempt to steal a car fitted with a steering wheel lock, for example. And don’t make it easy for them; don’t leave your car unlocked, and don’t display valuables in plain sight.

Fraser said: “Criminals are very tech-savvy, especially their methods of stealing cars with keyless car technology. If you’re willing to splash out thousands on a new motor, don’t be stingy when it comes to protecting it.”