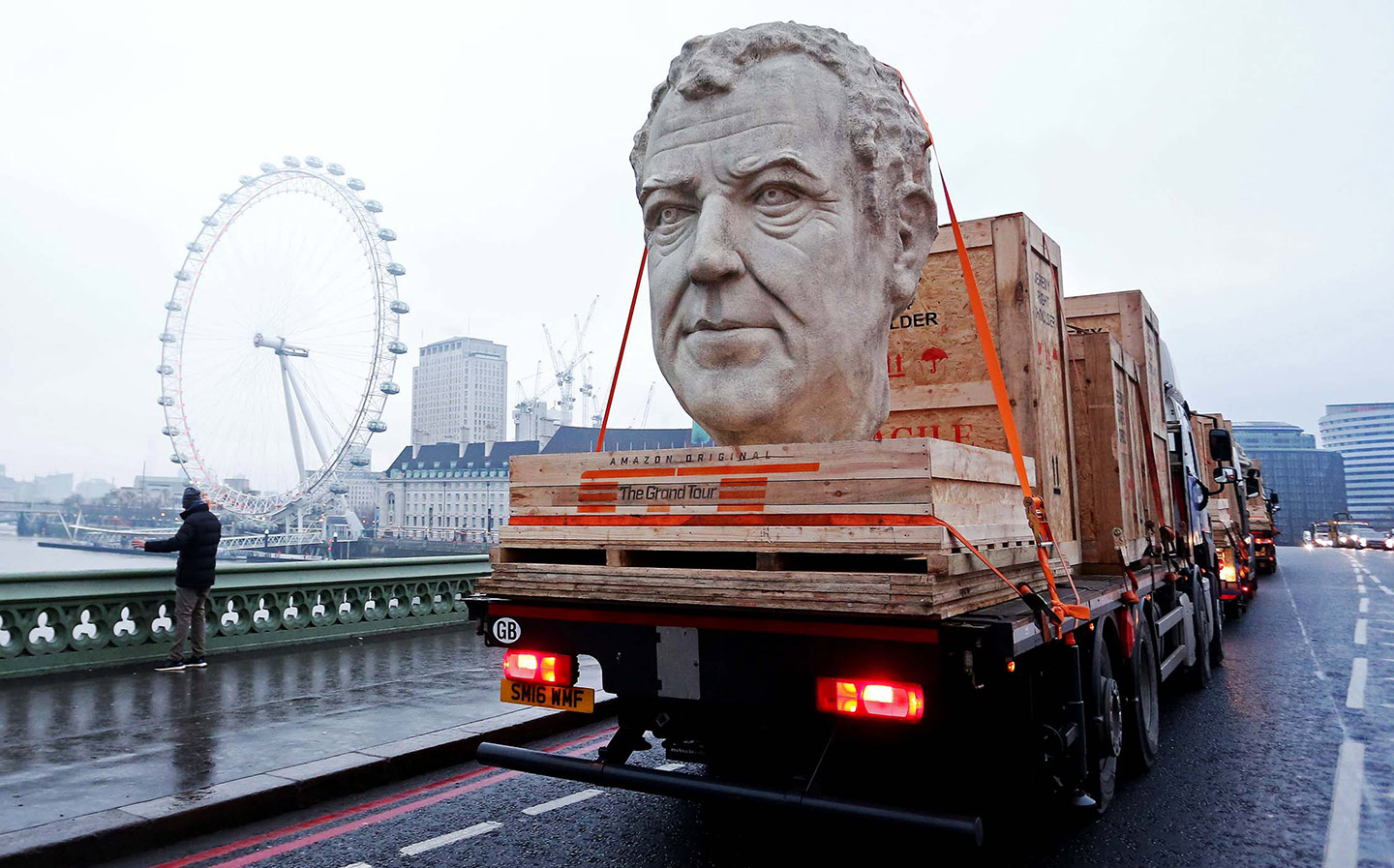 Driving along the M4 the other day I noticed brake lights ahead. Shortly after, I passed the source: two slow-moving, flat-base lorries in convoy carrying rearward-facing, 13ft-high, perfectly sculpted 3D heads of Jeremy Clarkson and James May. Has anyone spotted the Hamster?
Peter Calvert, Bath

When BP of Wiltshire asked for help about a speeding problem (Car Clinic, January 29) you suggested a Europe-wide speed-camera update to a sat nav. But these warnings are illegal in some countries — France, to name but one.
John Ward, St Albans

Vroom with a view

We too drove Route 1 up from Santa Monica to San Francisco (Great Drives, January 22), but realised it is better to travel in the other direction, from north to south. Why? The ocean is always on your side of the road so the truly spectacular views are not blocked by traffic in the opposite lane.
Rob Stebbing, Romsey, Hampshire

When eventually we are fully Brexited, will we have to replace numberplates that display the EU symbol? Any readers know the answer?
Paul Cloutman, London SW11