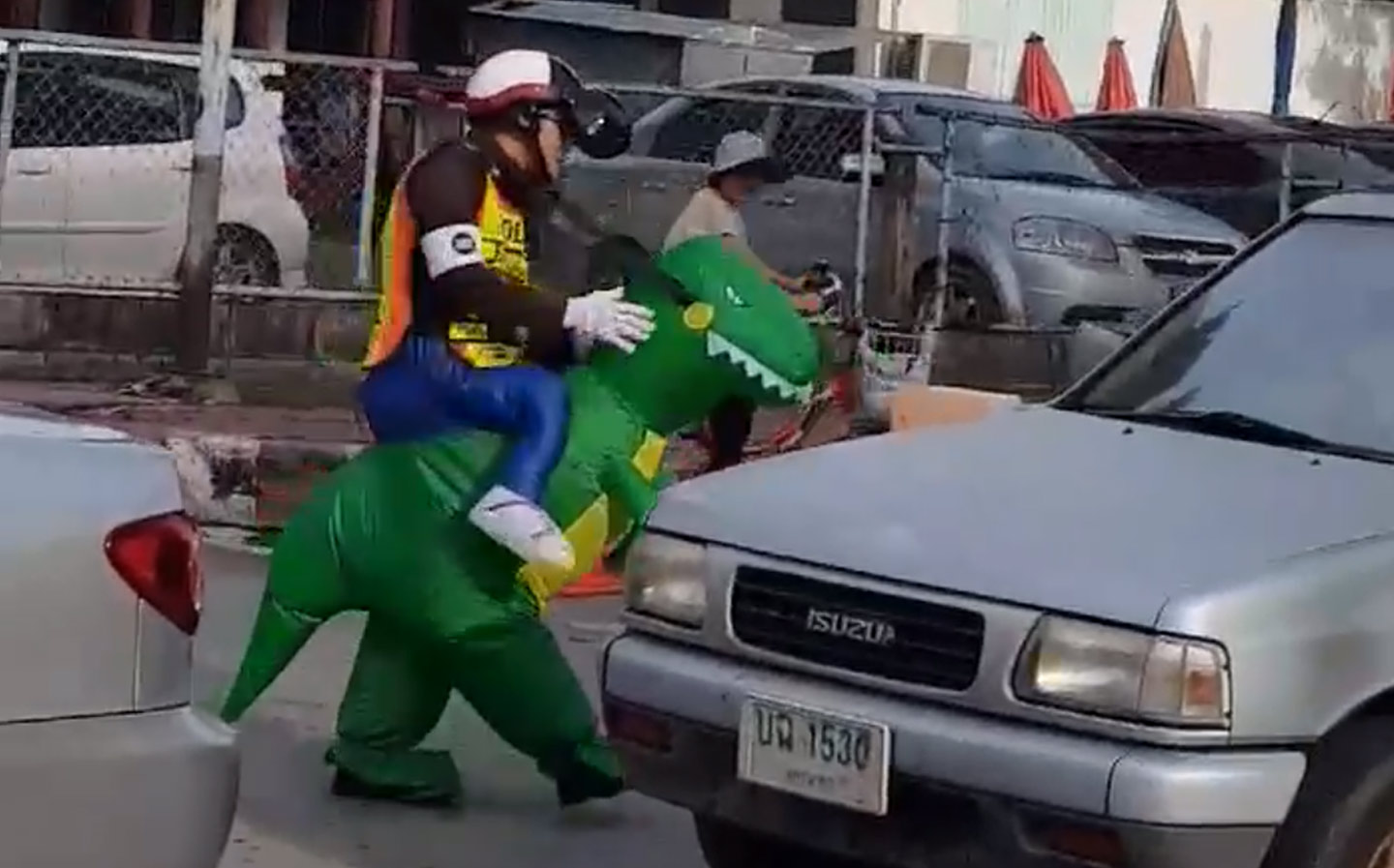 A POLICE officer in Thailand has been filmed directing traffic while wearing a costume that makes him appear to be riding a Tyrannosaurus Rex.

The scene took place outside a school in Nakhon Nayok, with children and adults left “thrilled” by the reptile-riding cop, according to posts on social media.

Images of officer Tanit Bussabong went viral after they were shared to a community Facebook page, racking up over 5,000 likes.

The images and video are credited to local woman Kung Choefah, who shared them on May 28 and May 30.