A 14-YEAR-OLD schoolboy was incredibly lucky to avoid injury after a van driver jumped a red light.

Video captured on the dash cam of a lorry driver, who had stopped at the traffic lights, shows the teenager crossing the A24 Kingston Road in Ewell, Surrey, when a Ford Tipper van speeds past the signal, only avoiding the pedestrian by a whisker. Luckily, the other people waiting to cross — including a person with a baby buggy — had not started to cross at the time of the incident. 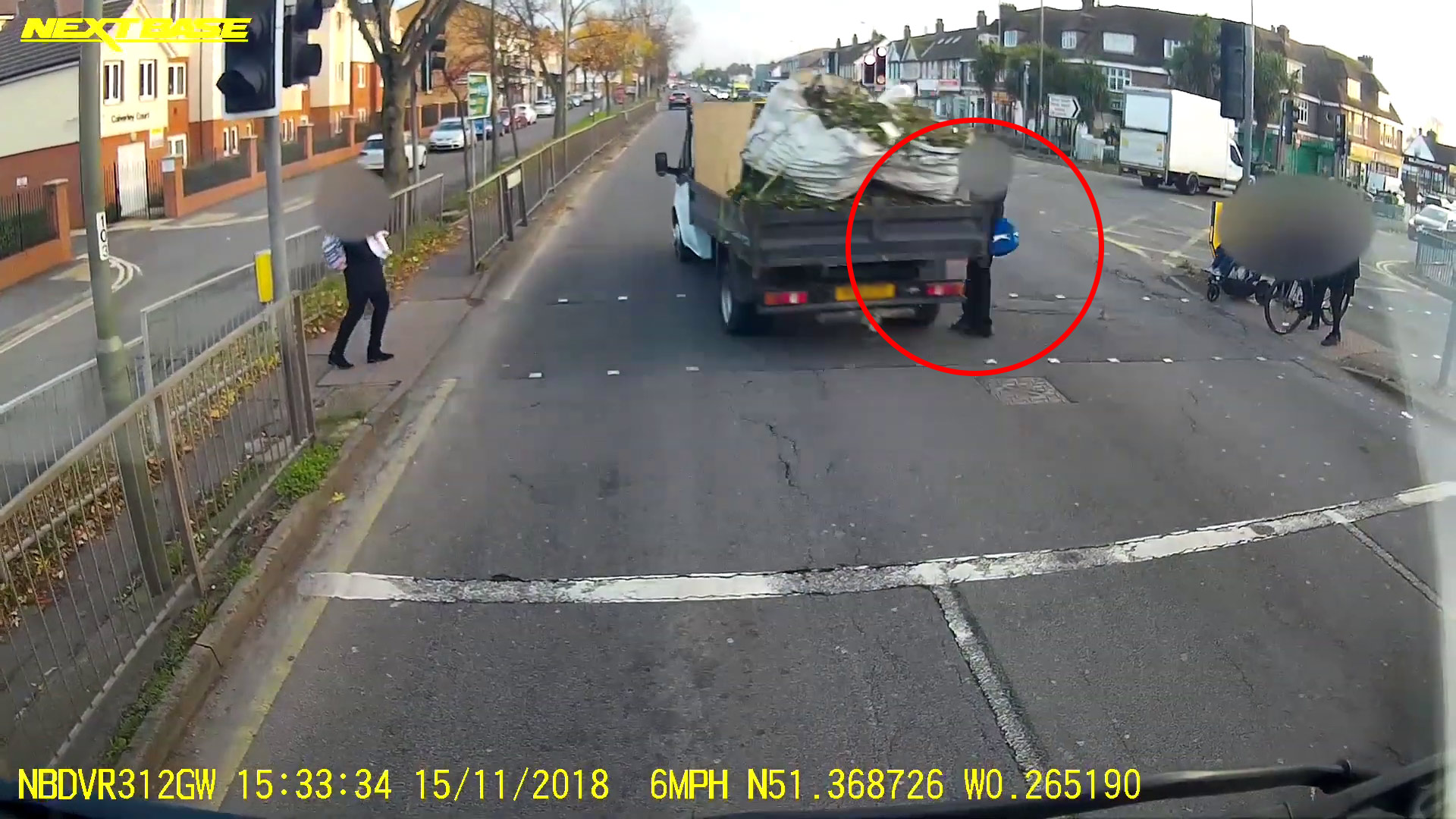 Surrey Police released the chilling footage yesterday following the sentencing of the van driver. Ian Gruber, 39, was found guilty of dangerous driving at Guildford Magistrates Court and given a six week sentence, suspended for 18 months and 80 hours community service. He also received a 15 month disqualification with an extended test and prosecution costs of £230.

Roads Policing Officer, PC Keiron Palmer, said: “This incident is a sharp reminder of what can happen if you are caught driving dangerously. Fortunately the 14 year old was not hit, but things could have worked out very differently. This incident also demonstrates the important part dash cam footage can play in bringing about a successful prosecution.”