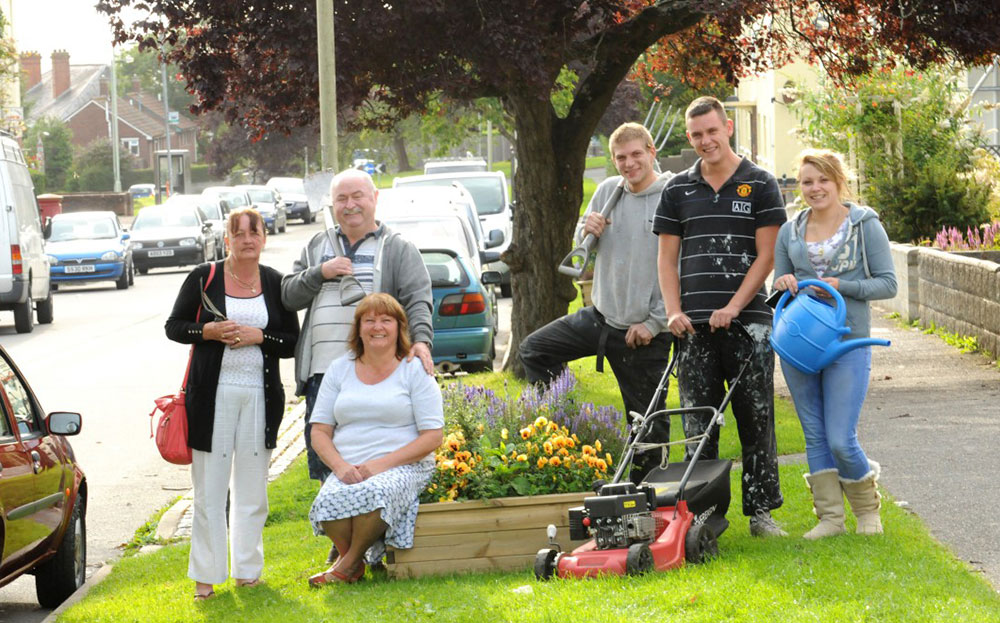 DRIVE ALONG any local road this summer and you’re likely to see one or two workers in hi-vis vests clearing litter or cutting the grass. Not in Barnstaple, though. Drivers there are more familiar with Debbie Dymond, a foster carer and road volunteer, walking with her garden mower up and down Forches Avenue, a long road close to her house.

She is one of more than 100 residents in Devon who are taking road maintenance into their own hands after the county council made drastic cuts to highways work. Evoking the spirit of wartime Britain, when ordinary folk were recruited to take over from workers sent to fight, they cut verges, fill small potholes, clean signs and clear litter. Some may even set up temporary traffic lights or close the road, with the permission of the council. Just like regular council workers, they have to wear hi-vis vests too.

On April 1, Devon county council began a series of cuts to save £3.4m from its highways budget by next year. As the verges in Barnstaple turned into thickets, residents decided it was time to take action. “There are two options,” says Dymond, 53. “You can either sit on your backside and watch it grow or get off your backside and do something about it.

“I’m not convinced about the need for the cutbacks, but the grass was about 3-4ft high, and you think that you don’t want to live like that. There was a bit of hard graft to get it under control, but after that it’s been plain sailing. I probably do about four to five hours a week; a few more people have come on board and we’ve planted some flowers. It looks absolutely beautiful now.

“The council sent me on a health and safety course to give me some basic guidelines: how to make sure we were safe next to the main road and while using equipment, which was common sense and more for their benefit really, because we needed the council’s public liability insurance.”

Devon is looking for more Dymonds. Councillors have announced plans to recruit volunteers, hoping that community spirit and the British love of gardening and DIY will persuade residents to do work that the council once financed.

Volunteers up and down the country could soon be following in the neatly rolled lines of her mower as councils around Britain cut millions of pounds from highways budgets.

Councillors have announced plans to recruit volunteers, hoping that community spirit and the British love of gardening and DIY will persuade residents to do work that the council once financed

Local authorities in Somerset and Staffordshire have drawn up plans to cut costs and recruit volunteers, and others, such as Suffolk, are set to follow.

Supporters of voluntary schemes say that it should be normal practice for residents to keep their streets looking tidy. They add that local councils — which are responsible for 238,300 miles of the road network in Britain — simply have not got the resources to maintain every inch of tarmac.

“There is public acceptance that authorities are having to trim back on the work that they do,” says Heather Barnes, a strategic director at Devon county council who is responsible for the volunteer scheme.

Opponents say it represents a cut too far by councils and that authorities are relying on the generous nature of people who pay their taxes for services that are being reduced.

“It is really a rather sorry state of affairs if, in the 21st century, something as vital as keeping roads in a reasonable condition needs to be outsourced to the community,” says Simon Williams of the RAC.

“Residents mowing grass close to their homes and keeping the appearance of Devon’s towns and villages pleasant is one thing, but handing responsibility [to them] for all work that does not make the council’s top-priority list is quite another.

“The fact is that the county council is taking a somewhat Heath Robinson approach to maintaining its road network.”

In the last budget, chancellor George Osborne announced a new road fund, made up of the proceeds of vehicle tax, to be used to maintain Britain’s motorways and trunk roads. But the settlement does not cover the rest of the network, which makes up 97% of local roads and is still maintained by councils. Research by the road repair industry estimates that there is a £12bn maintenance backlog of repairs, which is growing. 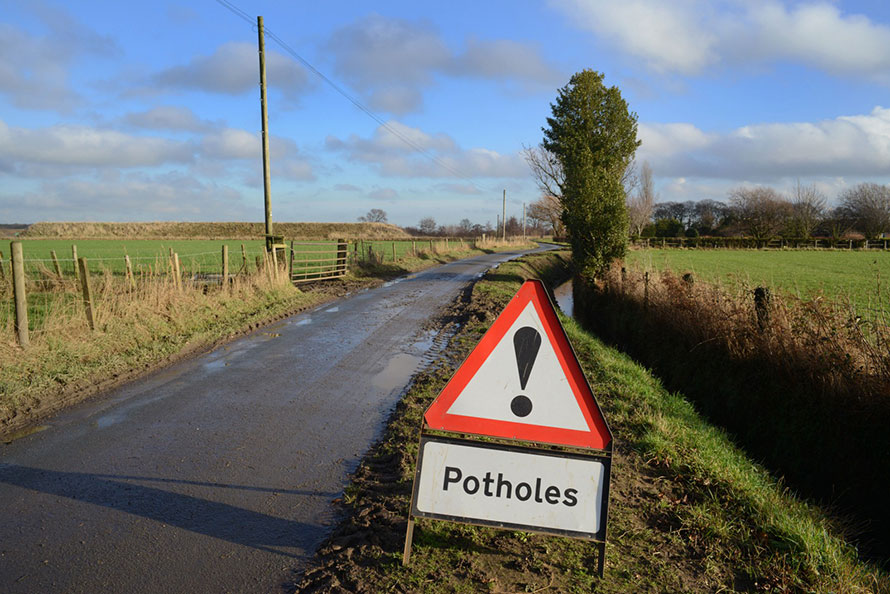 In the past, local authorities have backed snow wardens to help clear roads in winter, supplying shovels, grit and — in some cases — mobile gritters that can be towed by 4x4s, but Devon’s policy marks a big increase in the level of commitment needed. Rather than helping out for a few days a year, volunteers can work for several hours a week.

The council has already trained 103 people in basic health and safety, allowing them to work on the side of the road and be covered by council public liability insurance. Some of these volunteers have carried out more training to become road wardens. They act as co-ordinators for other volunteers and are able to fill minor potholes and clear drains. With the permission of the council, they will also be able to install temporary traffic lights and close roads.

“If there’s a pothole that people are concerned about then they can give me a call and I can do a temporary fill,” says Stuart Hughes, the councillor responsible for highways in Devon, who has trained to act as a road warden in Sidmouth. “Road wardens can be provided with the materials by the county council.”

Another road warden is Reg Winsor, 73, who assembled an unofficial team of more than 50 volunteers, known as “Reg’s Army”, to repair the crumbling roads in Newton Abbot.

Officials say regular council workers will continue to fill potholes that are at least 40mm deep and classified as a safety defect, but on minor roads this can take up to four weeks. Paid staff will also continue to cut verges at road junctions, to maintain visibility, but leave the rest of the grass to grow taller.

The council is setting up five storage facilities stocked with tools for volunteers to use. Each will have a bow saw, loppers, two pairs of shears, two wheelbarrows and a set of 10 drainage rods, as well as 12 traffic cones, two blue arrows and two “roadworks ahead” signs.

As well as enlisting volunteers for minor work, Devon is investigating whether it can recruit farmers to carry out resurfacing work.

Two farmers were asked by the council to resurface the road leading into the hamlet of Harcombe after it was damaged by flooding in 2013. The council sent 30 tons of stone to the site, which was used by the farmers to provide a temporary fix until council workers arrived to tarmac the road several months later.

In Barnstaple, Will Austin, the town clerk, says the volunteer action has helped revive local spirits, despite disgruntlement that the county council still charges volunteers to take grass clippings to the dump.

“After the council cutbacks, weeds were growing 7-8ft high and the town centre was looking a mess,” says Austin, “but we have had about 70-80 people out on the streets helping. The community response has been incredible.

“There is still more to do but we hope that we can return the town to its glory days when it won national competitions for its appearance. The former Barnstaple in Bloom organisation fell by the wayside but there are new volunteers coming forward and it looks as though the group will be resurrected.”

Indeed, Dymond points to the blooming flowerbeds — which were created by her husband — and the pristine grass as evidence of the high standards of her team. She is now attempting to gain full control of the roadside, so that residents can plant more trees and flowers without needing the permission of the local authority.

“It’s about having a sense of community,” she says. “We took it on because we didn’t want it to go absolutely wild, and when you think about it, why shouldn’t we have a small group and do it? It gives you a sense of pride in your community. I wouldn’t say no to the council buying us a new mower, though.”