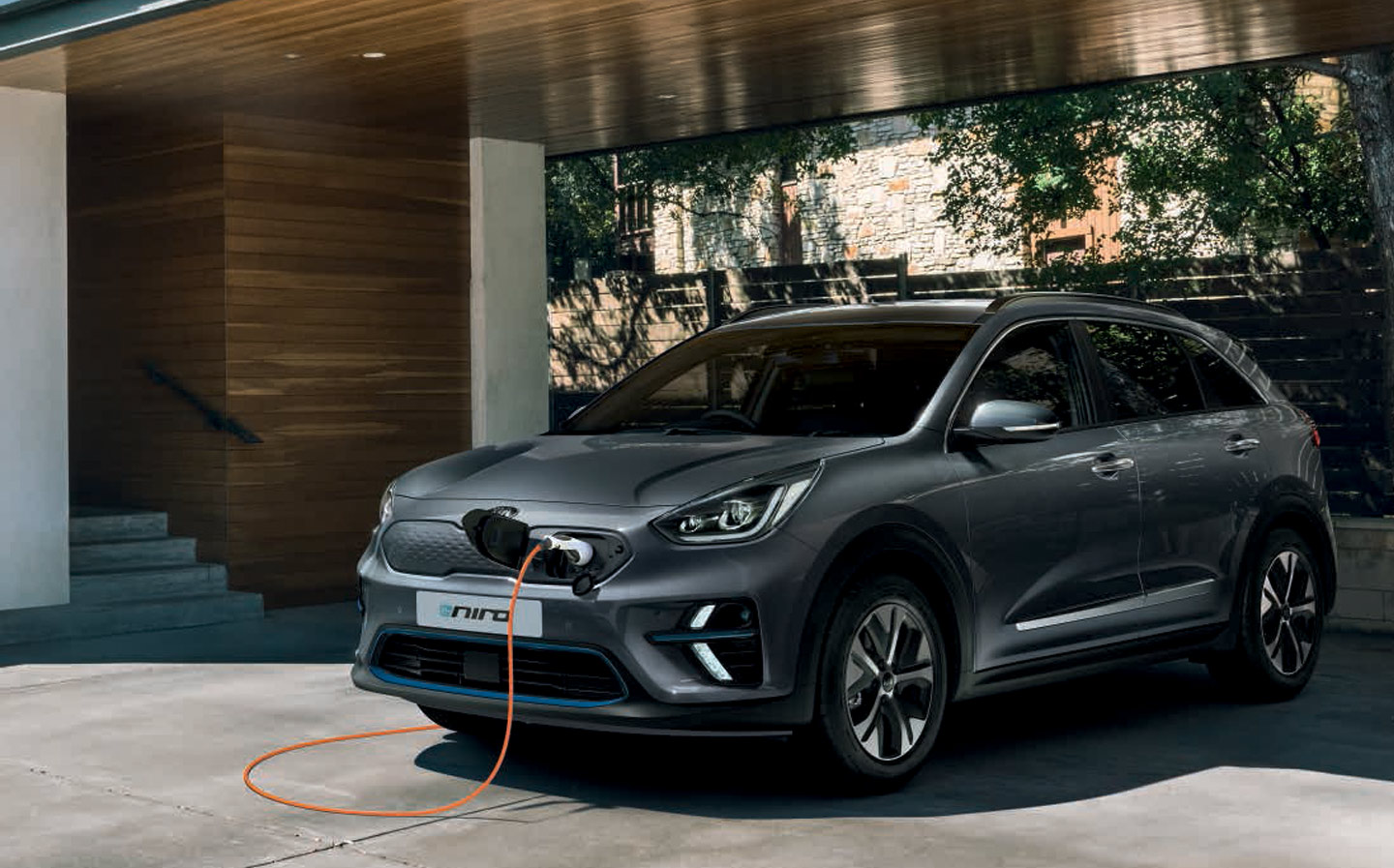 AS PURE-ELECTRIC cars such as the pioneering Kia e-Niro gradually replace petrol- and diesel-powered models, homes, garages and the streets on which we park will undergo subtle but significant upgrades to help facilitate recharging.

Home owners with off-street parking are likely to have charging points installed, if they have not already. And many of the estimated 10.6m garages in the UK could be upgraded into hi-tech hubs that will become the heart of lives made easier by emission-free cars and smart homes.

Drivers will have to familiarise themselves with the connected car, charging points, solar panels that slash the cost of running a car and home, and batteries for storing and distributing renewable energy.

Here are some of the changes to expect in the new era of electric motoring.

As part of its “road to zero” strategy, the government has set the objective that at least half of new cars and 40% of vans sold by 2030 should be ultra-low emission. That means they will need to be electrified, either in part, as with a plug-in hybrid, or fully. By 2040, sales of new petrol and diesel cars will banned.

Scotland has an even tougher target, with the SNP leader, Nicola Sturgeon, aiming to phase out new petrol and diesel cars by 2032. Clean-air campaigners in England, Wales and Northern Ireland have called for the rest of the UK to match that target, saying the British government’s plans lack ambition.

Established manufacturers such as Kia, and upstarts such as Tesla and Polestar, are diverting much, in some cases all, of their research and development into creating a new generation of plug-in cars. So the home of the future is highly likely to have an electric car parked outside, often plugged in.

The government wants charging points for electric cars to be installed in every new home. These 7kW or 11kW stations will be fitted in the garage or on an external wall. The most cost-effective units provide a charging lead that is plugged into the car. Family cars that run on battery power alone, such as the e-Niro, can recharge from empty to full in less than 10 hours.

However, wireless chargers are also in the pipeline. These can be freestanding or built into the ground, in which case the car’s parking sensors and cameras help guide the driver into place.

How can those without off-street parking recharge their cars? While public rapid-charging points providing 50kW or more are excellent for long journeys, regular top-ups at home or work while the car is idle are often the most convenient way to recharge.

But some drivers may not even be able to do that. One answer for them could involve the humble lamppost. Some have undergone a transformation beneath the surface: in London boroughs including Southwark, and Kensington and Chelsea, lampposts and other street furniture such as bollards have been upgraded so they can charge an electric car.

The power supply varies from 3kW to 7kW, depending on the location, and drivers either buy a dedicated cable (Ubitricity’s SmartCable costs from £199 with a £7.99 per month subscription, giving you a discount on the cost of the electricity from its charging points) or plug into a compatible lamppost using the vehicle’s charging cable, with payment being made via a smartphone app.

The costs are rather high at the moment, and some lampposts are being moved away from the kerb in some areas of the UK, but this is an idea with potential.

Attractive incentives, known as feed-in energy tariffs, have ended for new customers but for home owners who intend to stay put for years and run an electric car, the potential savings on fuel bills mean there is still a case for installing solar photovoltaic panels.

If the roof of your house or garage faces the right direction for the sun and is at the correct angle, panels may make financial sense. The cost ranges from around £4,000 to £7,000, though that is falling and the efficiency of the panels is improving. Before you take the plunge, check your sums and seek advice from an accredited member of the Microgeneration Certification Scheme, supported by the government.

High voltage lithium-ion batteries in the home allow renewable energy to be stored during the day for use when it’s most needed. For many drivers in the future, that is likely to be overnight. The batteries can be also be used to power other electrical items.

However, such convenience doesn’t come cheap. Prices range from about £4,500 to £8,000 so, as with solar panels, it may take years to recoup any investment through reduced energy bills.

Expect to see a lot more home batteries in the future, though, especially as the current crop of electric vehicles age: when their batteries need replacement, the old ones can potentially be used for home storage.

Another futuristic technology we are likely to see more of is “vehicle-to-grid”, whereby electric cars’ batteries can themselves be used to store energy and feed excess power back to the grid at periods of high demand. This has a balancing effect on the nation’s electricity supply, and could reduce brownouts.

Tomorrow’s cars, homes and garages will be part of the “internet of things”, able to communicate with each other and under control from a smartphone app. Charging points can be linked to apps, which drivers can also use to check whether their car’s battery has enough range for a particular journey and to programme charging times.

Manufacturer’s apps often allow drivers to perform such tasks as turning on a vehicle’s air-conditioning or heating system remotely, so the car is the perfect temperature for the start of a journey.

Combine drivers’ apps with a smart home and your home’s lights could switch on and the stereo start playing as your car pulls up and the garage door automatically lifts. In America, some garage door manufacturers have teamed up with Amazon, so delivery drivers can access a garage and leave parcels securely. The potential is huge.