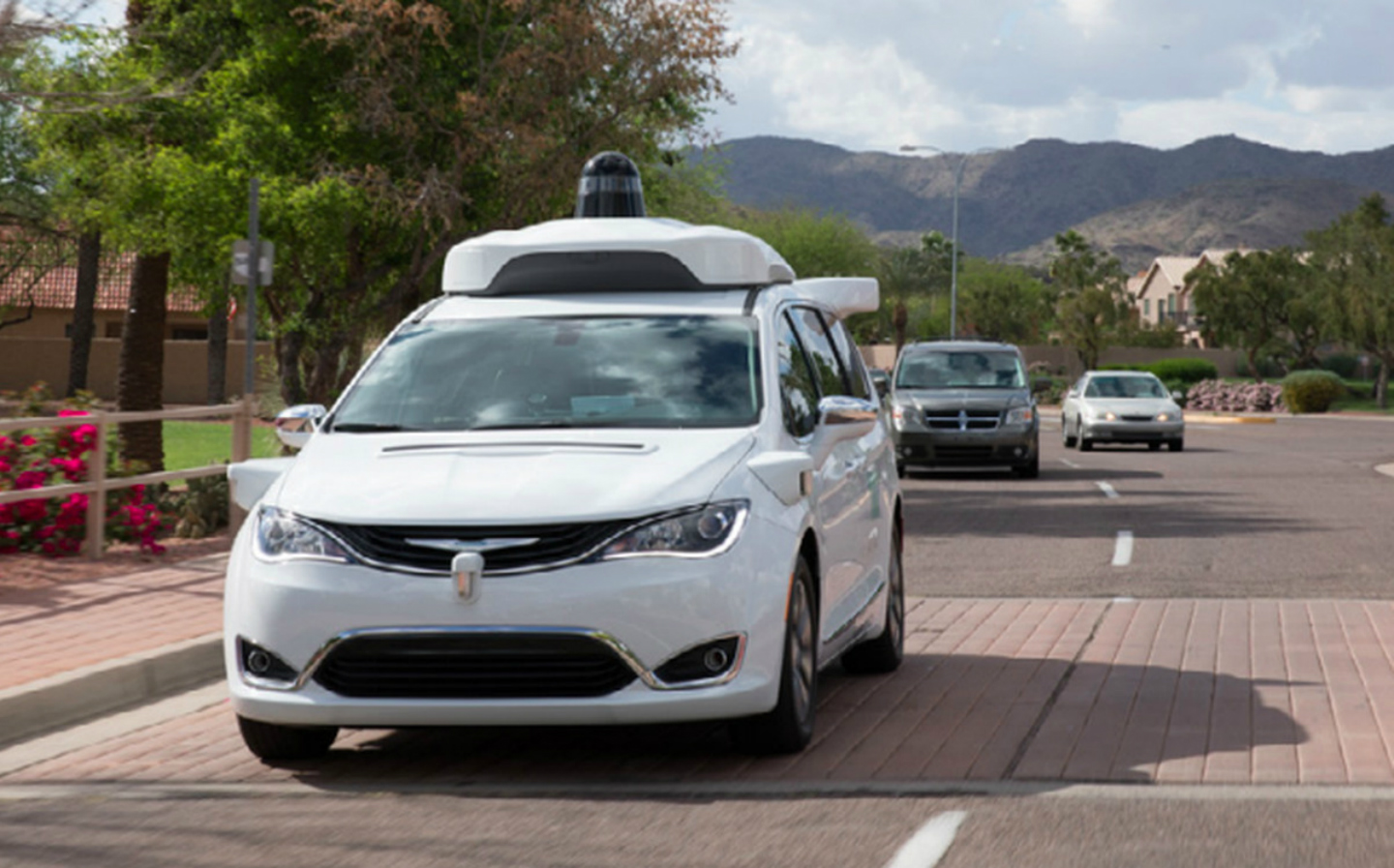 THE DRIVERLESS car is edging closer to a showroom near you.  Waymo, Google’s driverless car division, is believed to have become the first company to operate autonomous cars on public roads without a human driver in the vehicle.

The American technology company says that since mid-October, a fleet of its driverless cars has been driving on roads around Pheonix, Arizona. None have a human onboard ready to intervene should the car’s systems malfunction, or if it is involved in an accident.

It represents a significant step for the development of driverless cars, which Waymo (as Google) began in 2009.

Waymo claims to have already carried out 3 million miles of testing autonomous cars on public roads, using mostly Chrysler Pacifica people carriers. Previously, however, such vehicles have been accompanied by a Waymo representative, who would be ready to override the vehicle’s computer systems in the event of a malfunction.

Arizona is a hotbed of testing and development of driverless vehicles, as the state has no restrictions on self-driving cars.

John Krafcik, Chief Executive of Waymo, also confirmed that it would soon begin trials of a ride-hailing service. Using a smartphone app, members of the public would be able to summon a Chrysler Pacifica people carrier. Initially, they will be accompanied in the back of the vehicle by a Waymo employee, but once Waymo allows the public to travel alone an emergency stop button will be fitted to the test vehicles.

Last year, Fiat Chrysler Automobiles announced a partnership with Waymo, which would see the car maker help Waymo develop the sophisticated equipment required for a self-driving car. And Honda is also working with Waymo to help it reach what’s known as ‘Level 4’ autonomous driving capability, a scale defined by the Society of Automotive Engineers.

Waymo and its partners face competition from a wide range of car makers, established technology companies and well-funded start-ups.

General Motors acquired Cruise Automation, an autonomous driving start-up, for a reported $1 billion, last year. The company says it wants to test a robotaxi service in the near future. Mary Barra, GM’s Chief Executive, says the company aims to have true self-driving vehicles “in quarters, not years.”

And some of the biggest car parts suppliers, including Bosch, are also in the race to make driverless cars a reality. It has teamed up with Daimler to develop a self-driving taxi.
Tweet to @squarejames Follow @squarejames