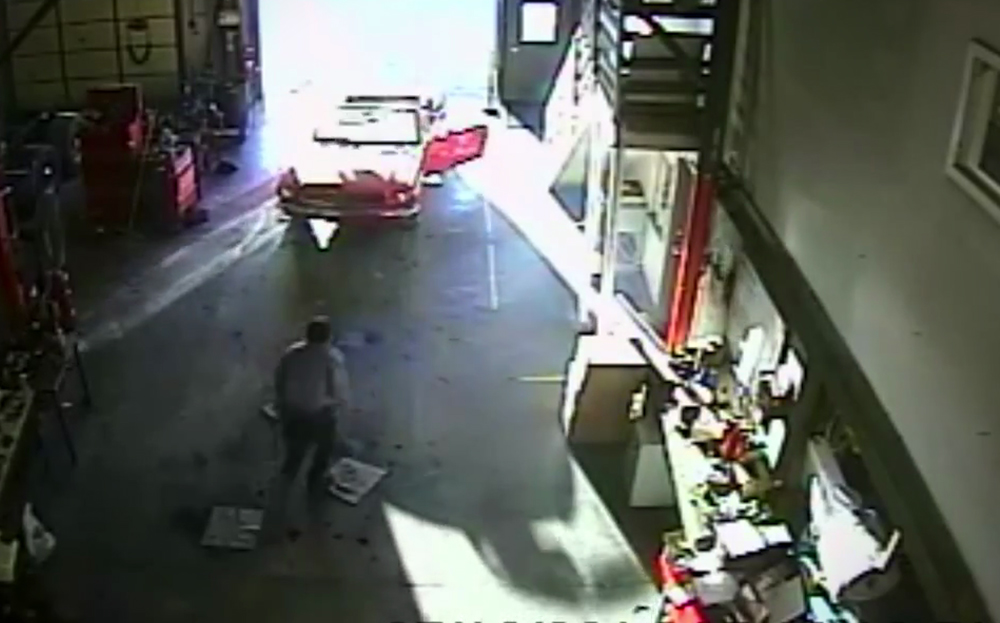 HALLOWEEN MAY be just around the corner, but have you heard the chilling tale of the Ford Mustang with a mind of its own? One Kansas City mechanic was given the shock of his life when the classic muscle car, undergoing a routine tune-up, appeared to reverse itself out of the workshop.

A video that appears to have been captured by the workshop’s CCTV system shows the mechanic climbing out of the Mustang and walking away, only for the car to start rolling backwards on a collision path with the garage wall.

In a display of athleticism to rival the British hurdling champion Colin Jackson, he manages to sprint to the car, close the car door before it is snapped off its hinges and then vault into the cabin, where he regains control in time to stop the Mustang smashing into parked vehicles.

Some viewers on YouTube have questioned the video’s authenticity, noting that the car is an automatic and should not roll away if left in Park, but one user claimed to be the man in the video.

Jack Elder wrote in the comments section: “I had just jump-started it and knew if I shut it off, it would not restart.

“It is an automatic. I did put it in Park but the shifter bushings were bad (had replaced), I was putting it in the shop but someone put a drip pan in the way so I got out to move the pan. The rest is on the video. Fat Jack can run when his job is on the line.”