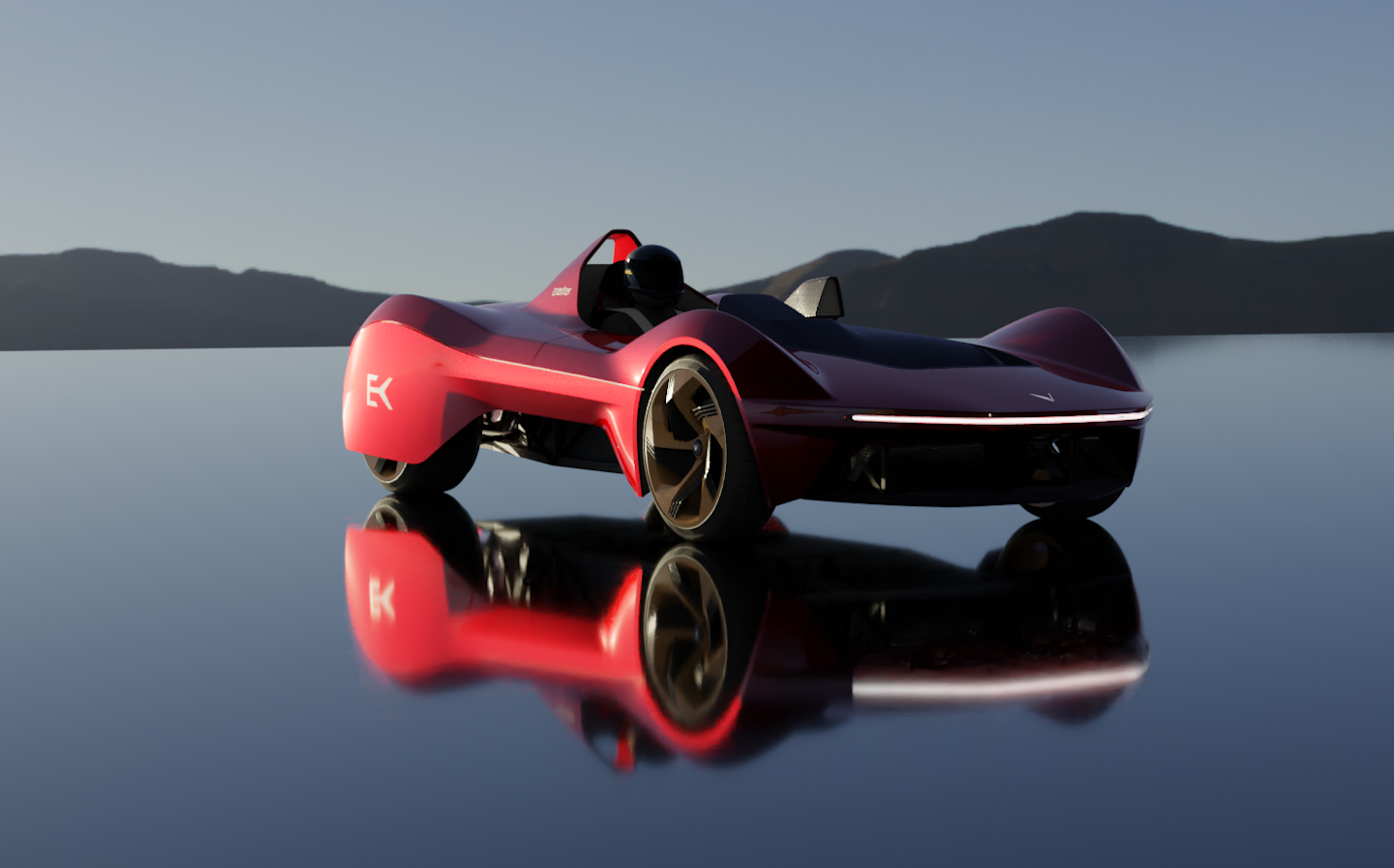 INDIAN car maker Vazirani Automotive has unveiled a new concept electric sports car, the Ekonk, which it claims is the world’s lightest electric car and the fastest made in India.

According to the company, the 738kg Ekonk — lighter than a Formula One car — is powered by twin electric motors delivering 712bhp to the rear wheels giving it an astounding power-to-weight ratio of almost 1:1, not far off that of the Koenigsegg One:1.

The top speed, reportedly attained on a test run by the company founder, Chunky Vazirani, a former Jaguar and Rolls-Royce engineer, is 192mph. The Ekonk is capable of making the 0-62mph sprint in just 2.54 seconds.

That low weight is attained partly through the use of carbon fibre and partly due to a complete absence of creature comforts. The open-cockpit Ekonk has neither roof nor windscreen nor passenger seats and is totally lacking in driver aids, which Vazirani says gives it the pure, old school feel of a mechanically driven sports car. 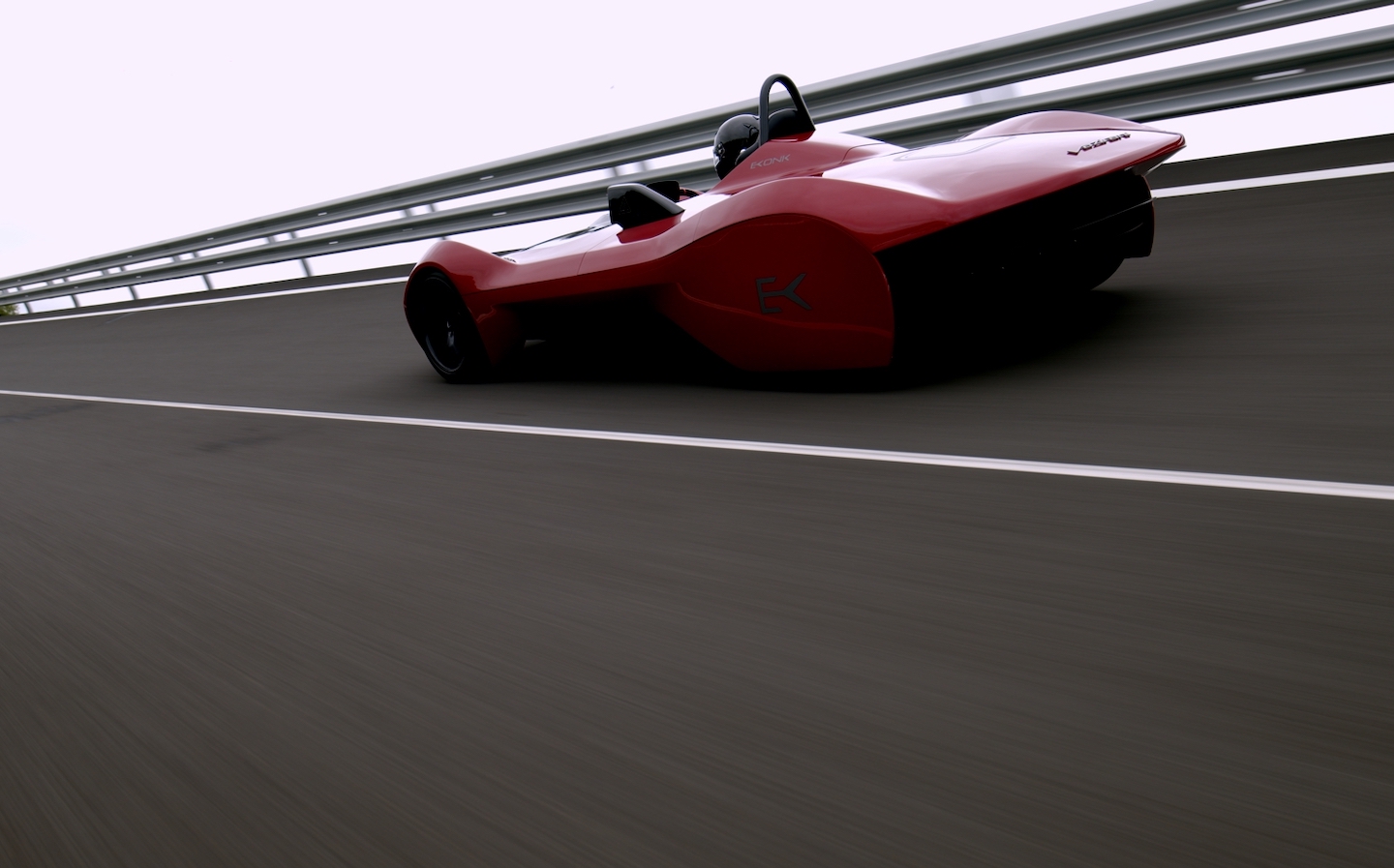 Aside from Ekonk’s lightweight sports car approach, another reason for the exceptionally low weight is the car’s batteries. Instead of using liquid to cool the battery pack, the Ekonk’s batteries are air-cooled, saving weight by eliminating pipework and other associated infrastructure.

Vazirani hasn’t released many details beyond that except to say that the air-cooled battery system — dubbed DiCo in the company’s parlance — is a modular unit that draws inspiration from how animals and humans use breathing to regulate their body temperatures as well as “ancient Indian manufacturing techniques”.

Another aspect of the Ekonk’s efficiency comes from its slippery, low-drag shape. Its low, sharp nose gives way towards the spats covering the rear wheels and an open back end (for battery cooling), which is crisscrossed with LED lighting. The spats bear the lettering ‘EK’ which translates to “one” in Hindi. 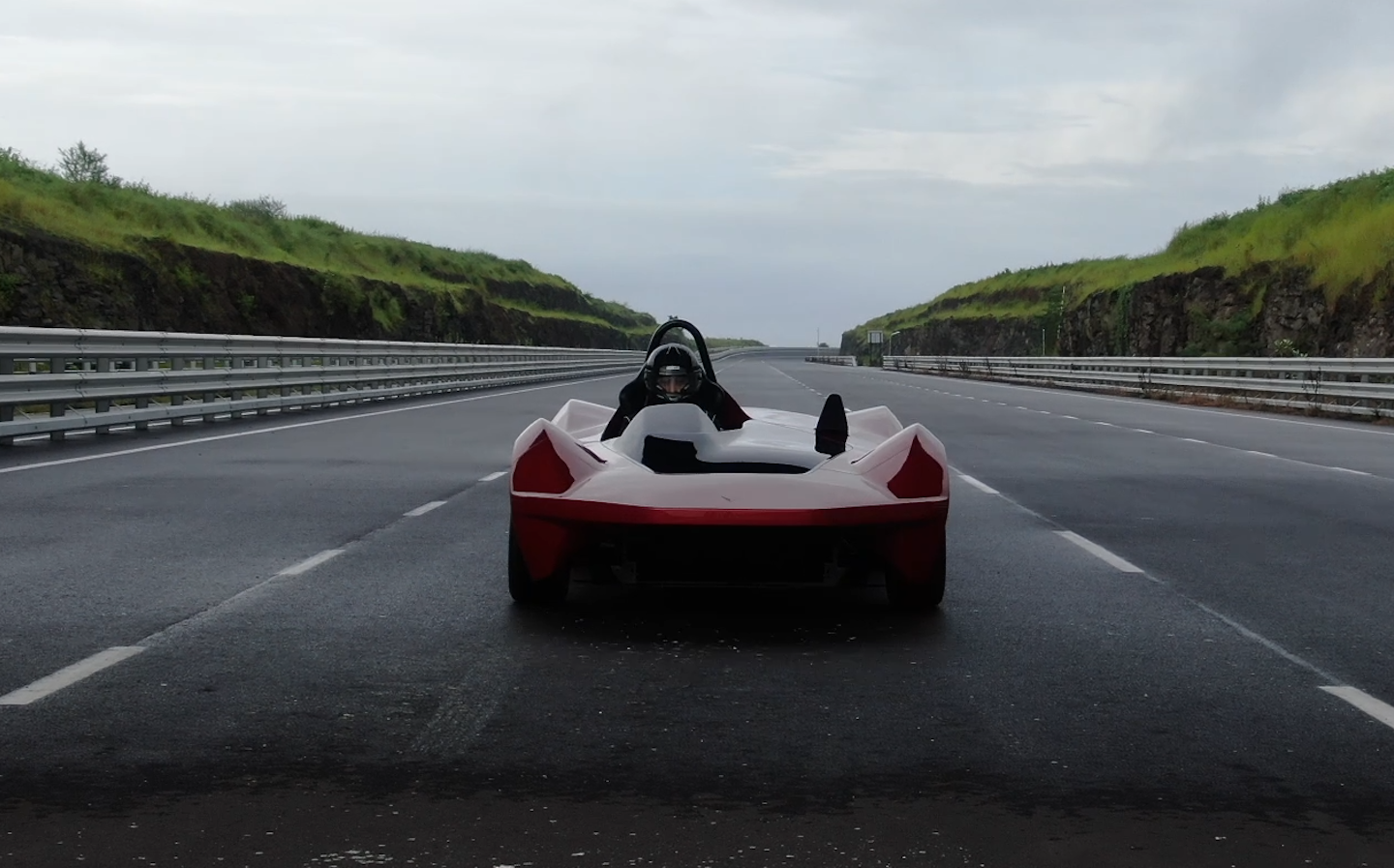 The Ekonk is Vazirani’s second concept after the Shul electric hypercar, unveiled in 2018. Vazirani says that although the Ekonk is just a concept, some of its advanced technology, particularly in relation to its powertrain, may make it into a production version of the Shul. However, the company gave no further details on when or if that would happen.

The Ekonk also has the distinction of being the fastest vehicle yet produced in India. According to the company founder:

“With the advent of electric vehicles, companies around the world have to start from a blank canvas. This is the perfect time for India to innovate, develop and pioneer this EV era.”

The name Ekonk derives from ancient Indian scriptures, the word signifying the beginning of creation or the “big bang”.

According to Chunky Vazirani:

“For us, Ekonk signifies our real beginning, where, for the first time, design and innovation come together. It’s our first vehicle that’s alive.”