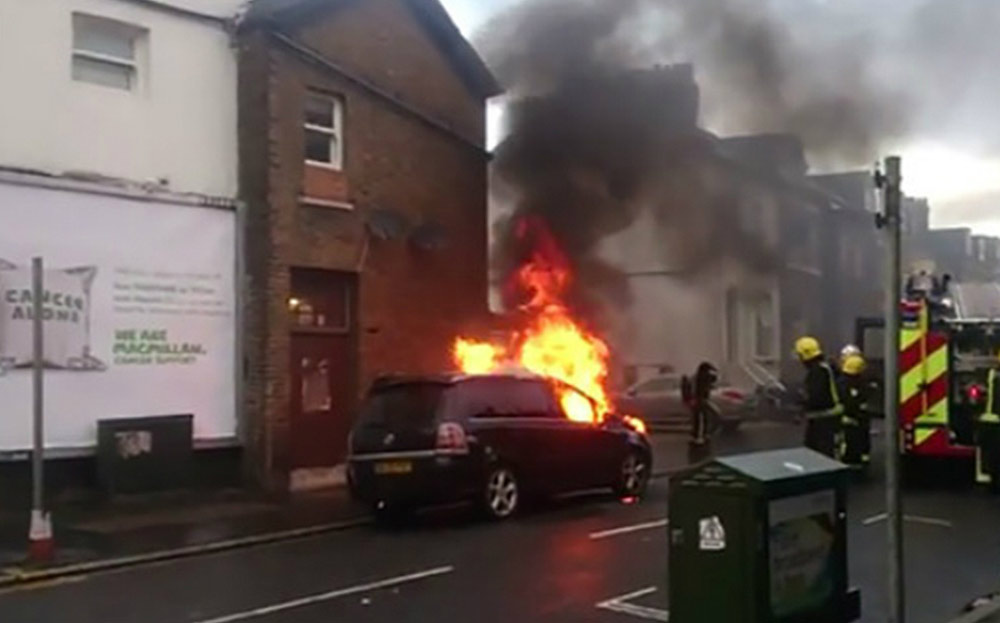 VAUXHALL is recalling 234,938 Zafiras for a second time after a number of fires. The company said its dealers would carry out improvements to the heating system, which is suspected of being responsible for as many as 200 incidents of the people carriers spontaneously bursting into flames.

There have been at least 10 incidents since a first recall in December 2015.

We first reported on the Zafira fires in October 2015 and revealed in March this year that owners who had sent Zafira B models built between February 2005 and October 2014 for repair in the first official recall had subsequently seen their cars burst into flames.

Vauxhall ordered the second recall after an independent investigation instigated by owners. The four-month study by the forensic engineering firm GBB is said to show that, because of a design fault, the blower motor in the heating system rusts prematurely and, as it does so, pulls too much current, creating the conditions for a fire.

Vauxhall reportedly faces a £50m bill and a grilling from MPs amid claims by customers of a cover-up.

In its first investigations the company had found evidence of improper repairs to the heating system’s blower motor resistor and its thermal fuse. It said this could lead to overheating of the system’s electrical components and the potential for a fire.

The Driver and Vehicle Standards Agency (DVSA), which oversaw the first recall, agreed with the company and failed to take further action, saying it was a matter for the car maker, prompting experts to question whether the DVSA is fit for purpose.

On May 9, after the new, independent study, led by Phil Hoyes, who conducts investigations for insurers, the police and the NHS, Vauxhall informed the DVSA that it would take further action on the problem.

In a statement last night Vauxhall said: “While the current action achieves the objective of returning vehicles to their original condition, after extensive investigations we have decided to go further and improve the overall robustness of the system.

“We will therefore be initiating a second recall to replace the current soldered fuse resistor with a wax fuse resistor, so reducing the opportunity for manipulation. When the recalls are complete, all vehicles will have a new wax fuse resistor, a new blower motor and a new moulding at the base of the windscreen to address water ingress.”

“We are disgusted. We feel our lives have been put at risk”

The car maker says that all Zafira B models will have their heating system motor blowers replaced free of charge. Vauxhall will write to all customers to inform them of the second recall action and provide appropriate advice before a second letter is sent to invite them to bring their cars in for repair, on a staggered basis.  It plans to begin sending these second letters in August.

Owners of vehicles that have not yet had the first recall work done should still bring their vehicles to their dealership to have them returned to their original condition.

The decision is a victory for campaigners, who last night claimed the firm had covered up the problem to save money and protect its reputation.

Sue Freemantle, 37, from Ivybridge, Devon, saw her Zafira catch fire after the first recall. “We’re disgusted,” she said. “We feel our lives have been put at risk.”

Lisa Adams, 50, from Worthing, West Sussex, saw her car catch fire outside her son’s primary school after she had left the vehicle to collect him. She told Driving.co.uk:  “I was in total shock and very upset, and I’m still shaky. You just don’t know if it’s going to happen to your car. It’s like Russian roulette. There are all these Zafira owners who don’t want to have their car any more but can’t sell it because they don’t want to live with the guilt over what might happen to it.

“I must have seen a dozen Zafiras today on my way to school and I wanted to wave a placard at every one of them saying, ‘Don’t trust the checks’.”