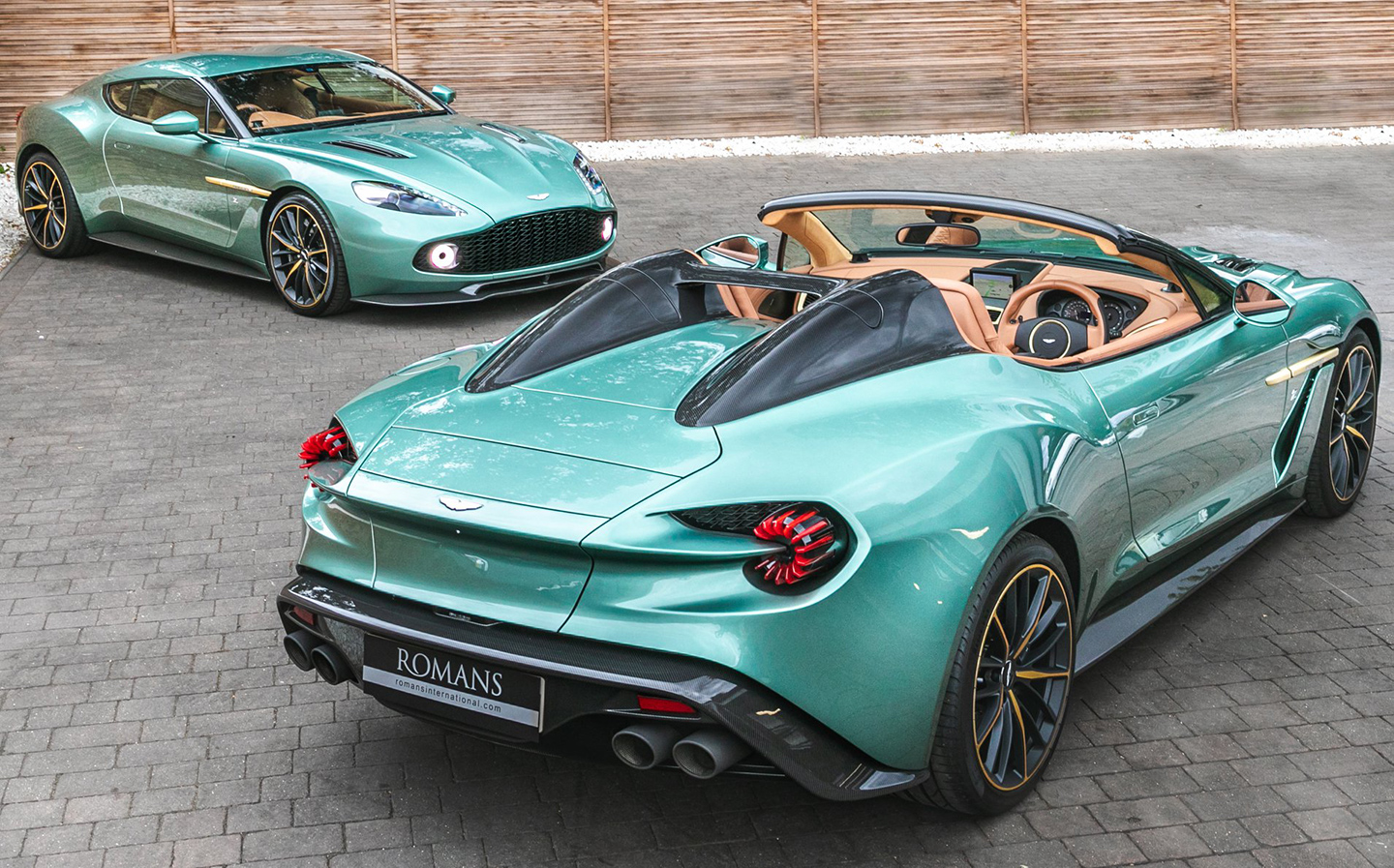 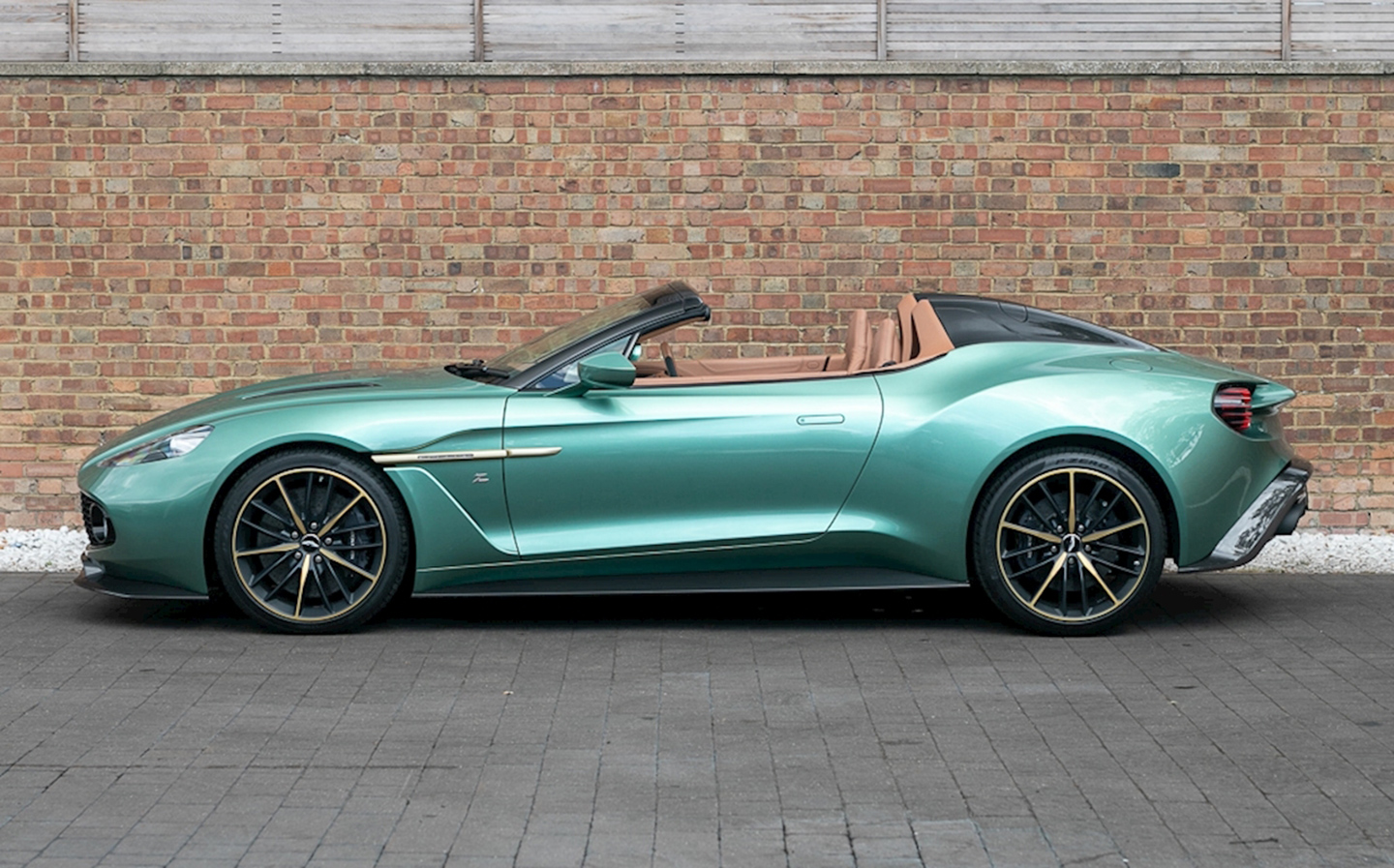 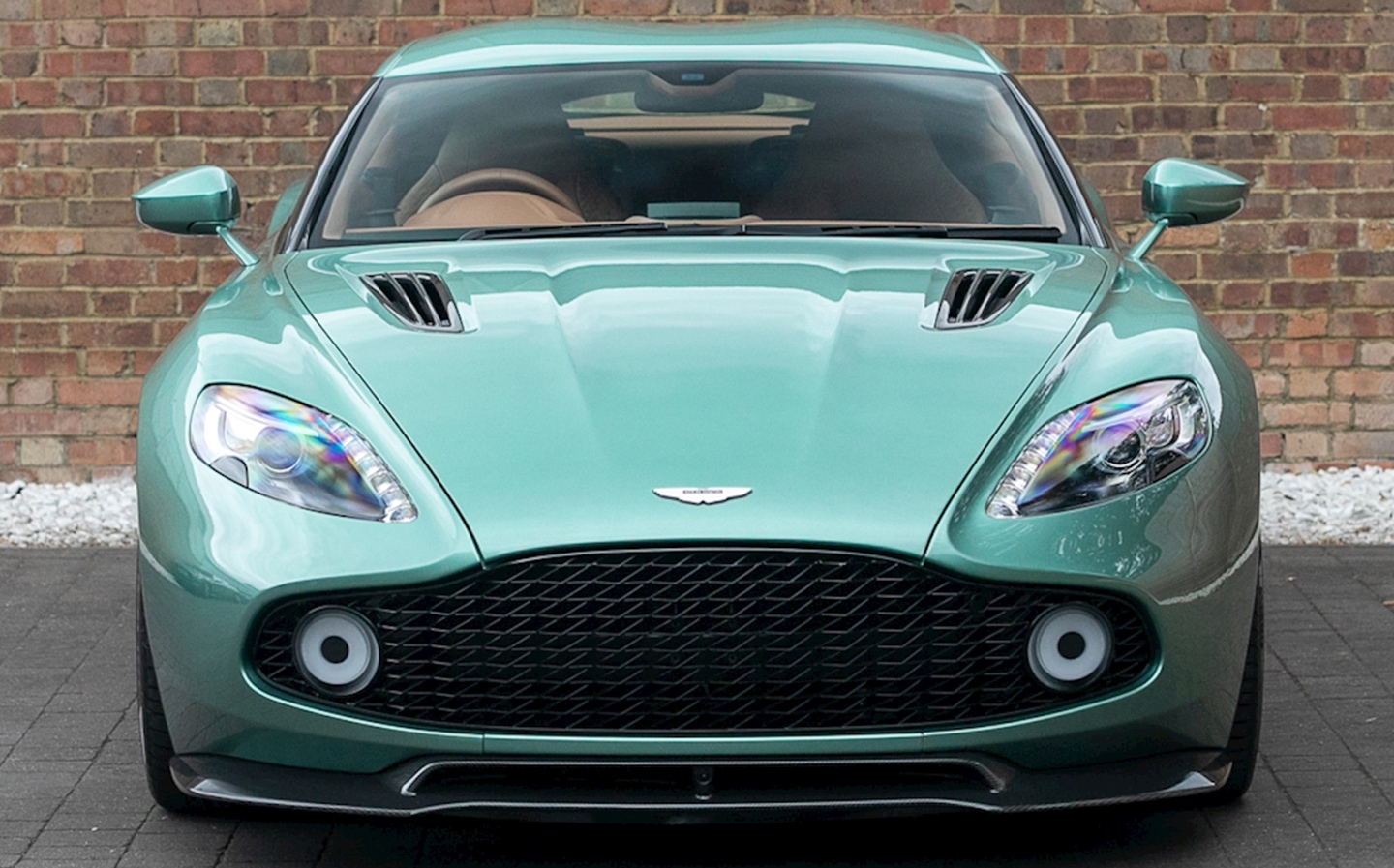 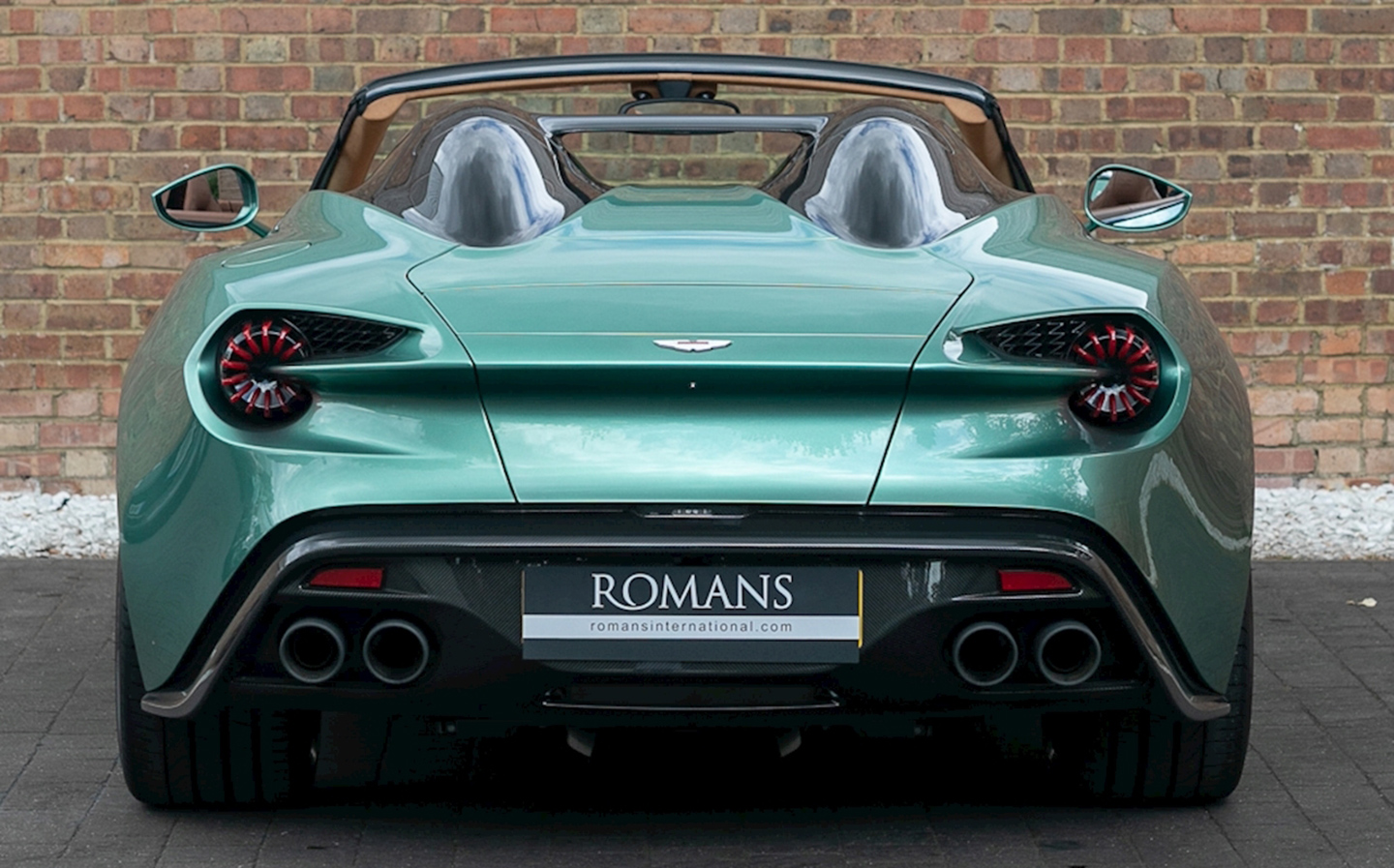 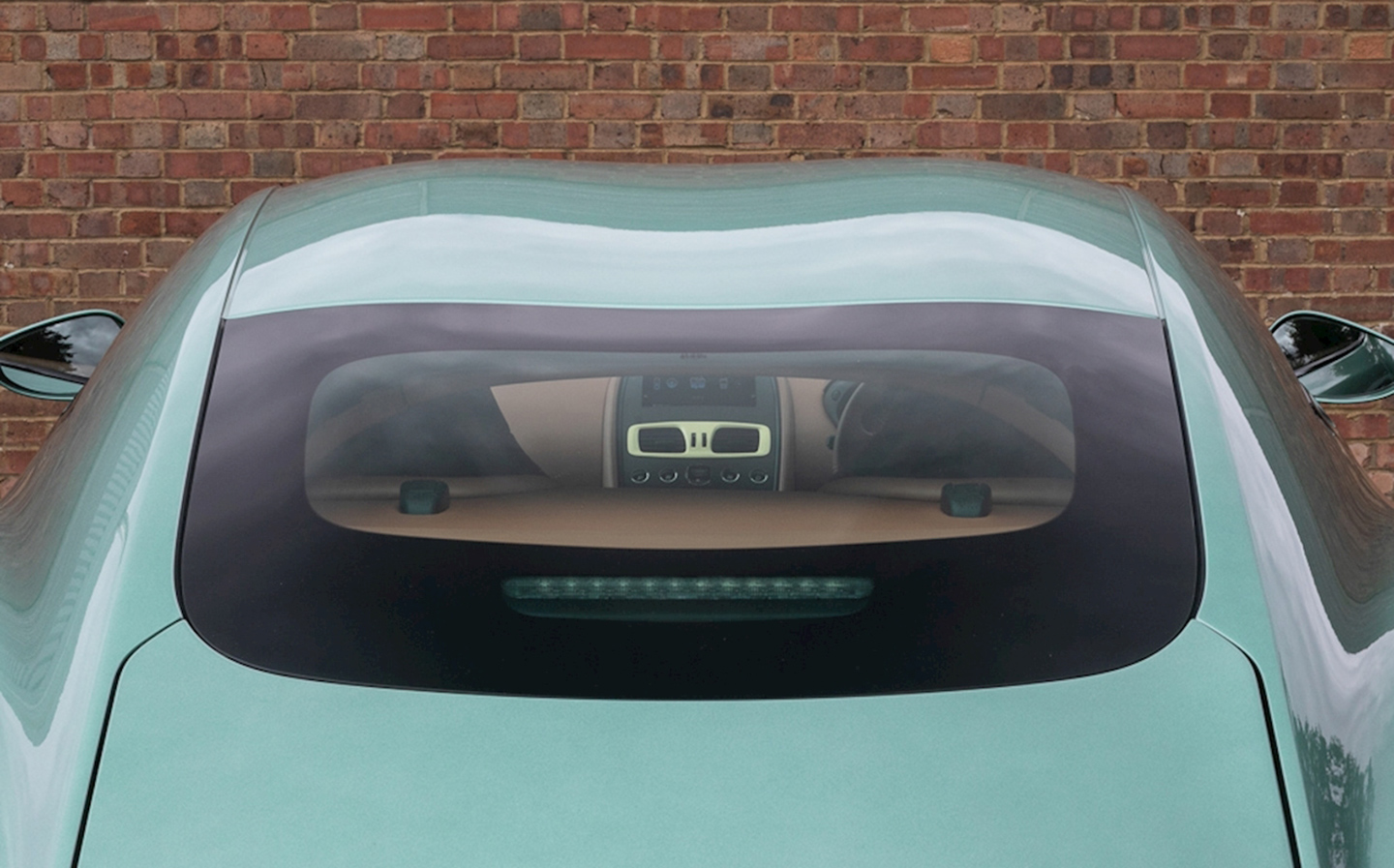 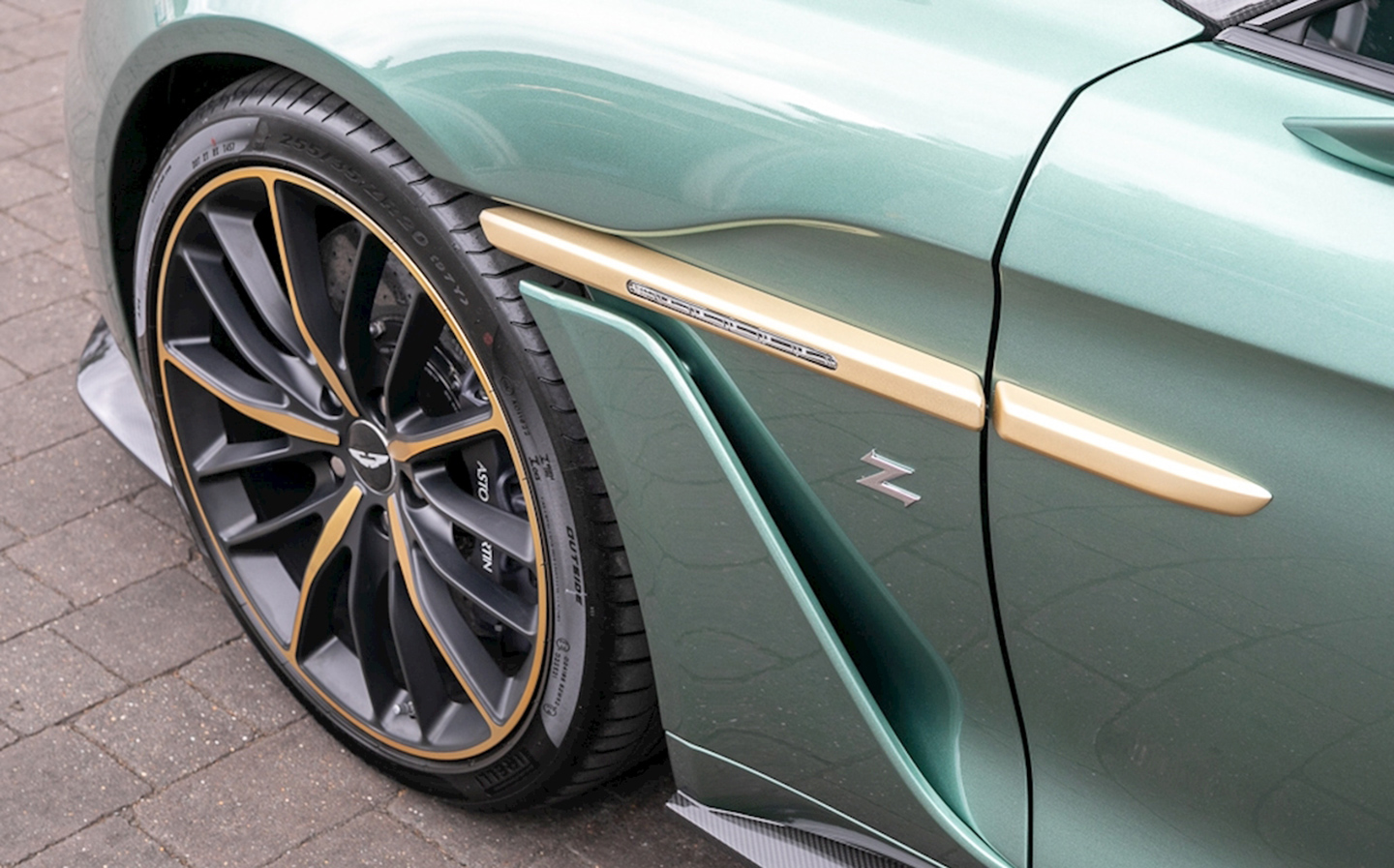 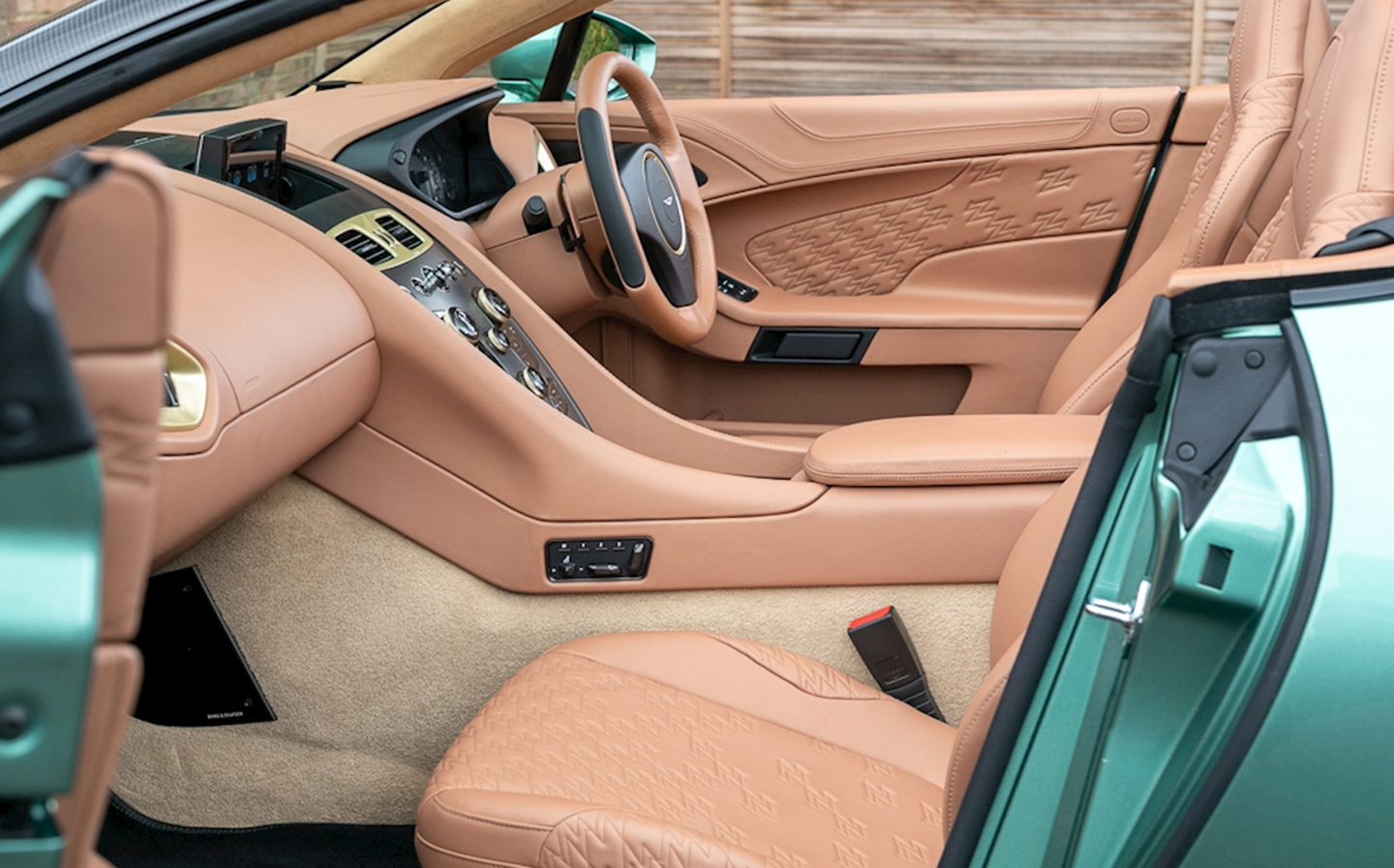 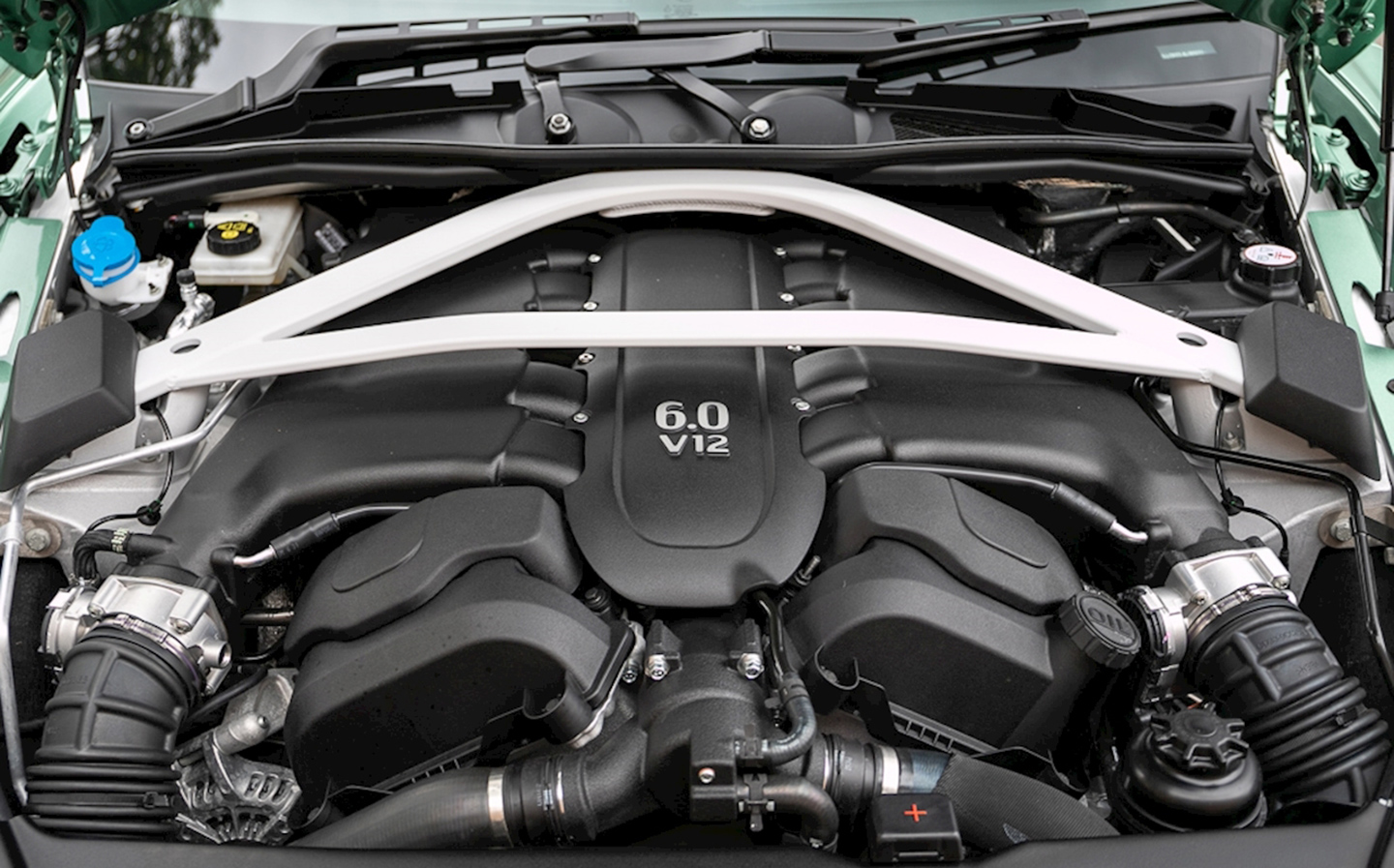 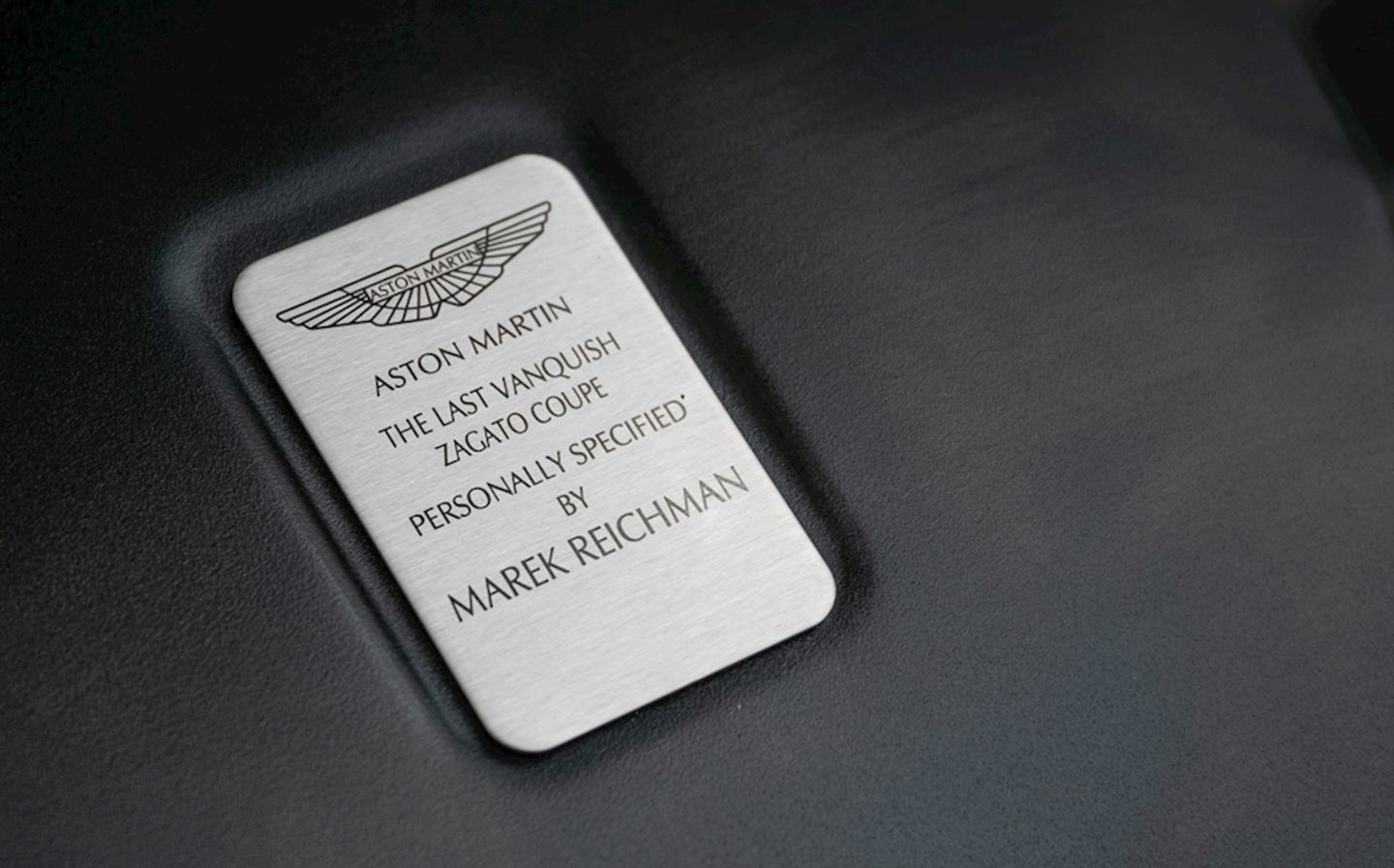 A UNIQUE pair of matching Aston Martin Vanquish Zagato cars are up for sale — on the condition their future owner buys them together.

The two Vanquish Zagatos are almost identically specified inside and out, according to supercar dealership Romans International, which is handling the sale. Both were specified with the optional Villa d’Este styling pack, and they were finished in the same exclusive “Caplan Roadster Green” shade of paint that was concocted through the ‘Q by Aston Martin’ personalisation service.

As a result, the two cars for sale are the only Vanquish Zagatos of this specification anywhere in the world.

Making the pairing even more unique is that one of them is an ultra-rare Aston Martin Vanquish Zagato Speedster — an open top “barchetta” model of which Aston Martin only made 28 examples, compared with 99 versions of the hardtop version.

However, the coupé does have the unique honour of being the last ever Vanquish Zagato to be built, with its provenance confirmed by a commemorative plaque underneath the bonnet.

Bar the differences to their roof structures, all of the Aston Martin Vanquish Zagato variants were mechanically identical for the most part, and each was fitted with a 592bhp version of Aston Martin’s now-discontinued 5.9-litre, naturally-aspirated V12 engine.

With the power being transmitted through an 8-speed automatic transmission, both cars were able to comfortably romp their way to 62mph from a standstill in under four seconds, with the 197mph Speedster marginally losing out in the top speed stakes to the 201mph-capable Vanquish Zagato coupé.

Romans International isn’t publicly quoting prices for these exclusive Aston Martin Vanquish variants, though whoever ends up buying them will likely need to fork out a seven-figure sum for the pair: the Aston Martin Vanquish Zagato Coupé was sold for roughly £500,000 when new, with rumours suggesting the even more exclusive Speedster ended up going for roughly double that.