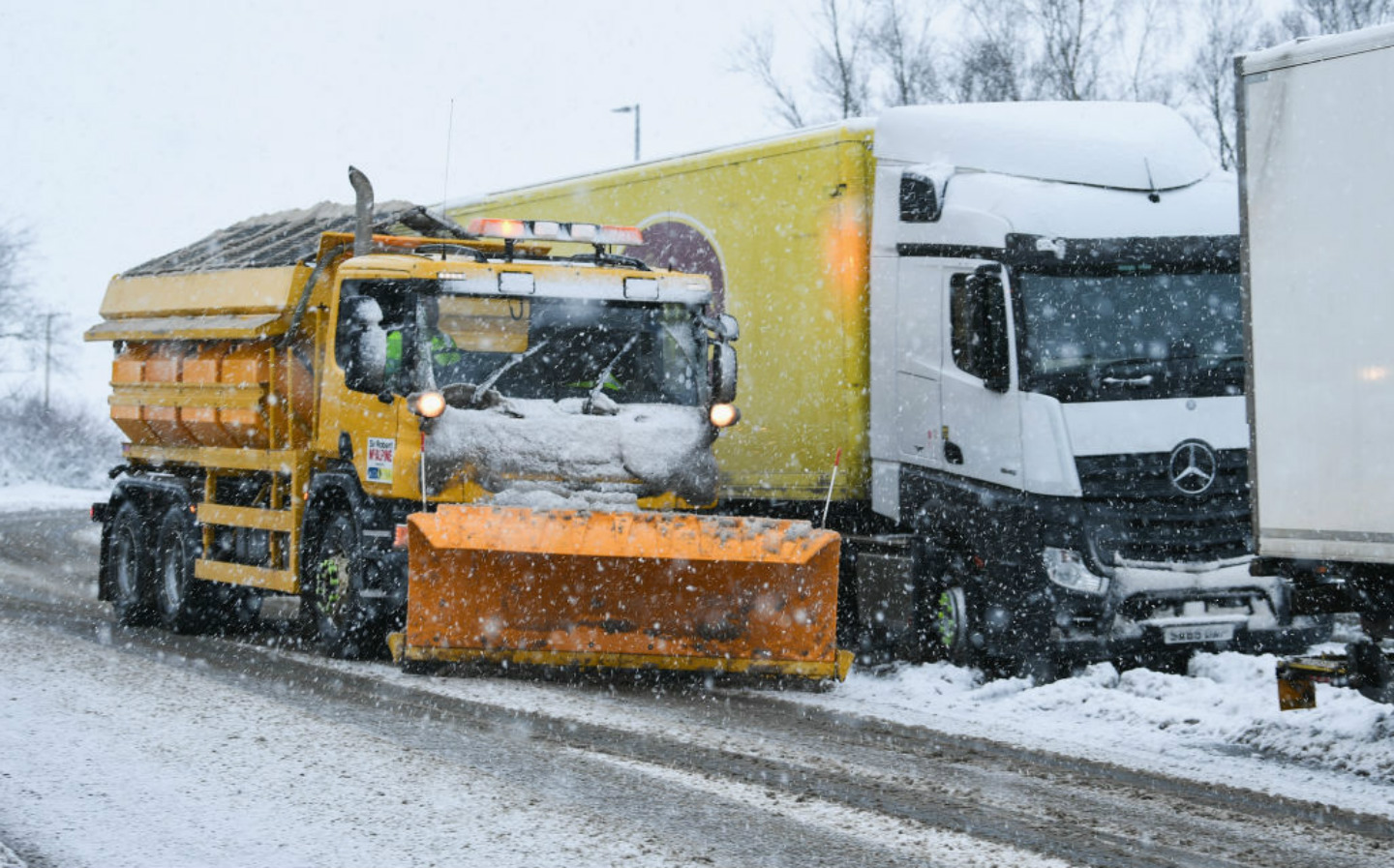 DRIVERS ACROSS Britain are being warned not to travel, as the ‘Beast from the East’ brings chaos to the roads.

Parts of the UK woke to find that the winter storm sweeping its way in from Siberia had blanketed roads in snow.

In Kent, up to 15cm of snow has fallen. The blizzard-like conditions means that the gritters and snowploughs are unable to keep roads clear.

Highways England was forced to close some lanes on the M20 and M2, in Kent, causing gridlock and leaving motorists stranded in their vehicles as heavy snowfall blanketed the county. It is warning drivers of heavy congestion and says they should stay away from the area.

The Met Office has issued Amber warnings for many parts of the UK, saying up to 15cm of snow could build up in places. The East Midlands, East of England, London, the South East, North East, Yorkshire and parts of Scotland are affected. Yellow warnings cover many other parts of the UK.

Met Office meteorologist Emma Sillitoe cautioned: “During the rush hour there will still be some really heavy showers around, making their way towards London.

“There will also be further disruption throughout the day as these showers become widespread across the country.”

A persistent band of #snow has moved across parts of Scotland, England and Wales this morning, giving some accumulations. Heavy snow showers are arriving in the south east, and it is a bitterly cold start to the day pic.twitter.com/TgZSmlKIOQ

Schools have been closed across the UK, some train services are disrupted and Heathrow and Gatwick reported flight cancellations.

Southeastern, which operates in Kent, has cancelled dozens of trains, including several to London St Pancras, London Victoria and Cannon Street, while other companies affected include Southern, Greater Anglia and Great Northern.

How long will the winter snow last and what is causing it?

The snow brought by the ‘Beast from the East’ will continue until the weekend. Yellow warnings are in place for Friday 2 and Saturday 3 March.

It is caused by a particularly strong polar vortex – a mass of cold air that sits above the Earth’s north and south poles.

This dense, cold air is controlled by a large pocket of low pressure, which rotates in an anti-clockwise direction at the North Pole and clockwise at the South Pole.

The vortex is concentrated over the Arctic or Antarctic area, and when it is weak it can split into two or more freezing vortices. The phenomenon is known as a Sudden Stratospheric Warming.

This can span a large area and move south to Canada, the USA and Europe, increasing the risk of air temperatures decreasing to potentially dangerous levels.