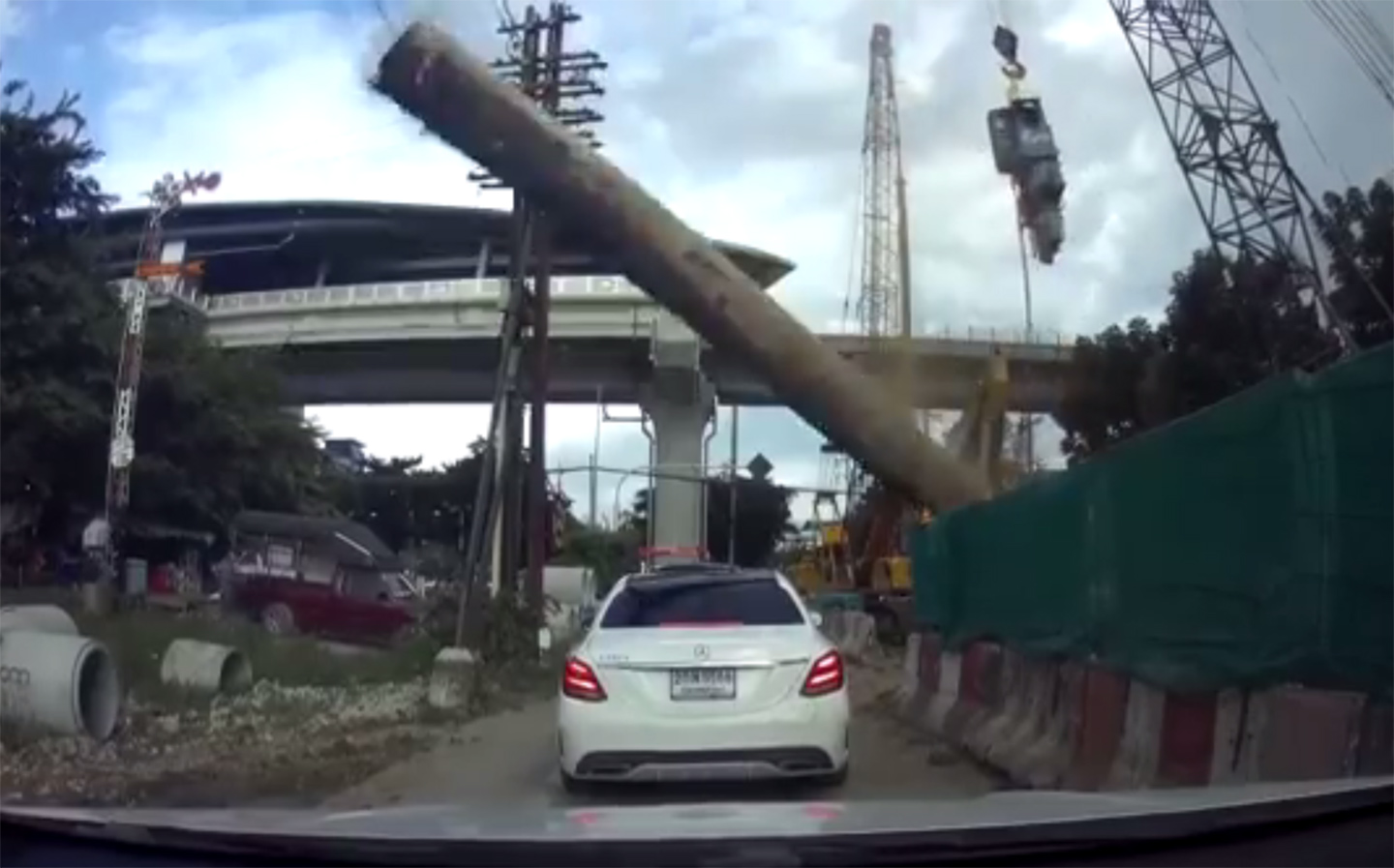 TWO PEOPLE in Thailand had a lucky escape after their Mercedes was crushed as a steel pile on a construction site fell onto their car.

Filmed on a dash cam from a road user in the following vehicle, the footage captures the shocking moment a construction site crane knocked over the structure onto the white saloon car.

Though the building foundation did end up striking the executive four-door, it luckily landed on the Benz’s bonnet, rather than the roof of the cabin. As a result, no one was killed in the tumble — though one of the two in the car was later hospitalised for wrist injuries.