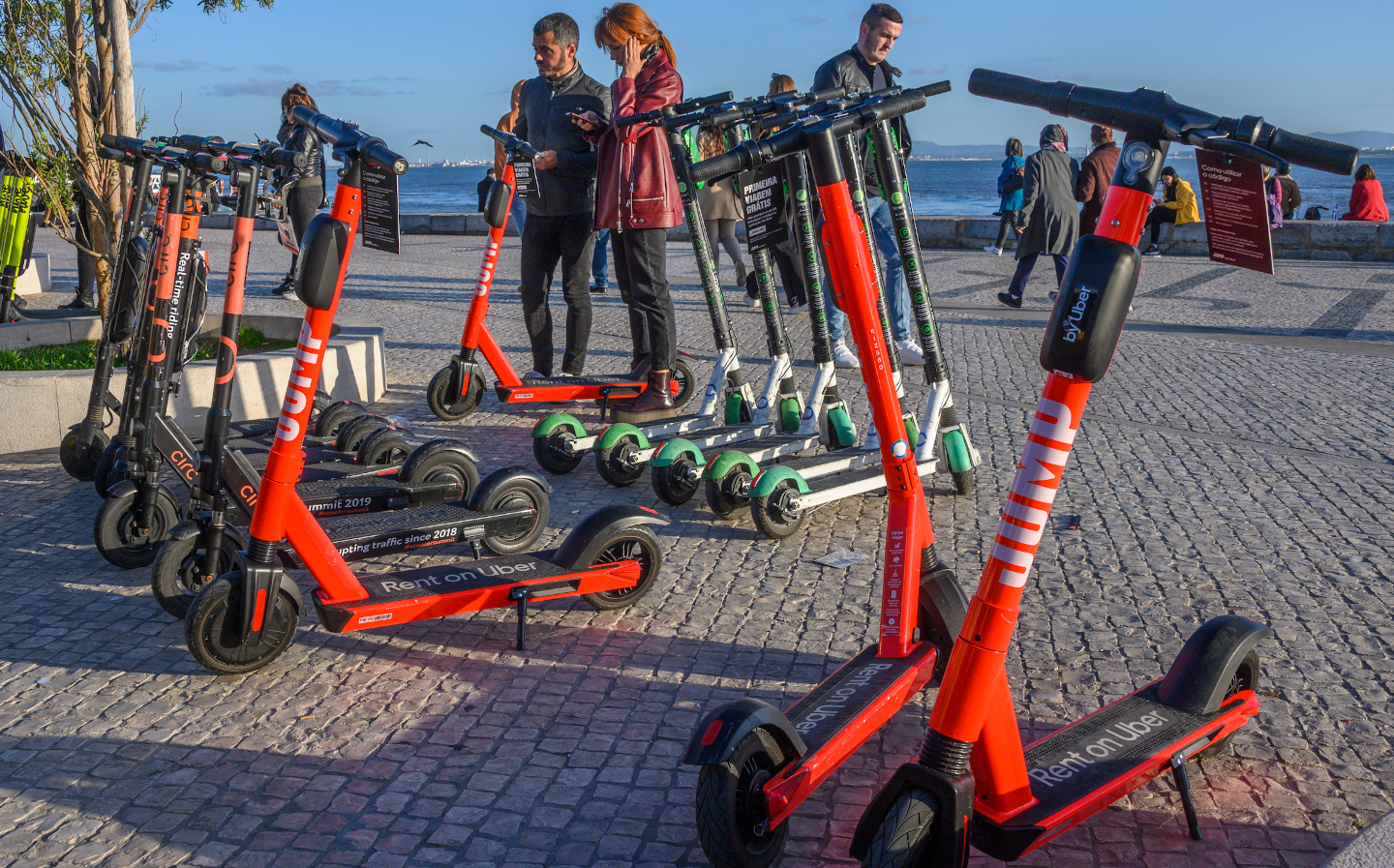 THE TRANSPORT Committee is undertaking an investigation into the feasibility of allowing electric micro-scooters onto British roads.

The UK is currently the only major European economy where e-scooters are banned, apart from use on private land, with the permission of the landowner.

The electric ride-ons and other light urban mobility devices are increasingly widespread across Europe and America, however, becoming a mode of urban transport comparable to bicycles, though smaller and lighter, and requiring less effort from the rider — making them excellent commuter tools. They are available in more than 100 cities worldwide, according to the BBC.

Several car makers have launched e-scooters as a “final mile” transport solution for drivers who cannot park at their final destination, and particular with electric car drivers who may to plug in at a charging point some distance away. Audi last year contributed to the growing hype by revealing the 12mph e-tron scooter.

However, the safety of e-scooters has been questioned by the UK government. In July last year, video presenter Emily Hartridge became the first fatality of e-scooters in the UK after a collision with a lorry in Battersea, London.

If you are caught riding an e-scooter on UK roads (or pavements) today, you could be stopped by the police and handed a £300 fine and six points on your driving licence. Where e-scooters and bicycles differ is that e-scooters are classed as Personal Light Electric Vehicles (PLEVs), a type of motor vehicle. Therefore, because they aren’t taxed or subject to MOTs, driving tests or any of the other fun things that cars have to be, they are not legal on roads.

Now, the government is assessing the urban utility of e-scooters, including as delivery vehicles, against their potential safety risk. The Transport Committee’s investigation will complement a larger Department for Transport inquiry that began at the end of March.

The chair of the Transport Committee, Huw Merriman MP, pointed out that the environmental benefits of e-scooters had not been fully proved, alongside extant safety concerns: “Electric scooters could be a useful lever to reduce our transport carbon footprint but their environmental credentials have yet to be proven.

“These ‘powered transporters’ could reduce the amount of time we spend in cars and reduce congestion but we don’t want to score an own goal by encouraging the use of micromobility vehicles instead of walking and cycling.”

The government last year became the first to write into law its plans to bring carbon emissions to net zero by 2050.

Merriman continued: “Road safety is a significant consideration. We must consider the dangers to other road users and especially pedestrians with visual impairments, or those who use mobility aids and rely on clear pavements. Safety must also be a factor for riders of e-scooters.”

The committee is now asking for written evidence on:

– whether the legislation for e-scooters is up to date and appropriate;
– to what extent e-scooters have positive benefits, for instance relating to congestion and promoting more sustainable forms of transport;
– where in the urban environment e-scooters could be used (e.g. road, pavement, cycle lanes), and how this could impact on other road users and pedestrians, including people who have visual impairments or use mobility aids;
– whether there should be advice or compulsory requirements to use specific safety equipment when using an e-scooter;
– whether there should be safety and environmental regulation for the build of e-scooters, and what this might entail; and
– the experience of other countries where e-scooters are legal on the roads.

Edmund King, President of the AA, said: “Electrified micro-mobility has the ability to revolutionise inner city transport and last mile delivery capabilities, but safety has to be the guiding aspect should e-scooters be legalised.”

He noted the introduction of e-scooters could ease the intensity and increase the health and safety of commutes in cities like London, where rush-hour transport is famously busy. “Post-pandemic lockdown the demand for micro-mobility is likely to increase as some commuters try to avoid public transport,” he said.

“Lighting regulations, weight limits, braking capability and maintenance programmes should be considered as well as where they can be used.”

He also noted the potential difficulties in implementing PLEVs into already manic urban transport. “More than half of drivers believe that e-scooters should only be used on dedicated cycle lanes, but it would be unrealistic for users to have to hop on and off between lanes. Getting the right balance may prove tricky, but it doesn’t mean lawmakers shouldn’t try.”