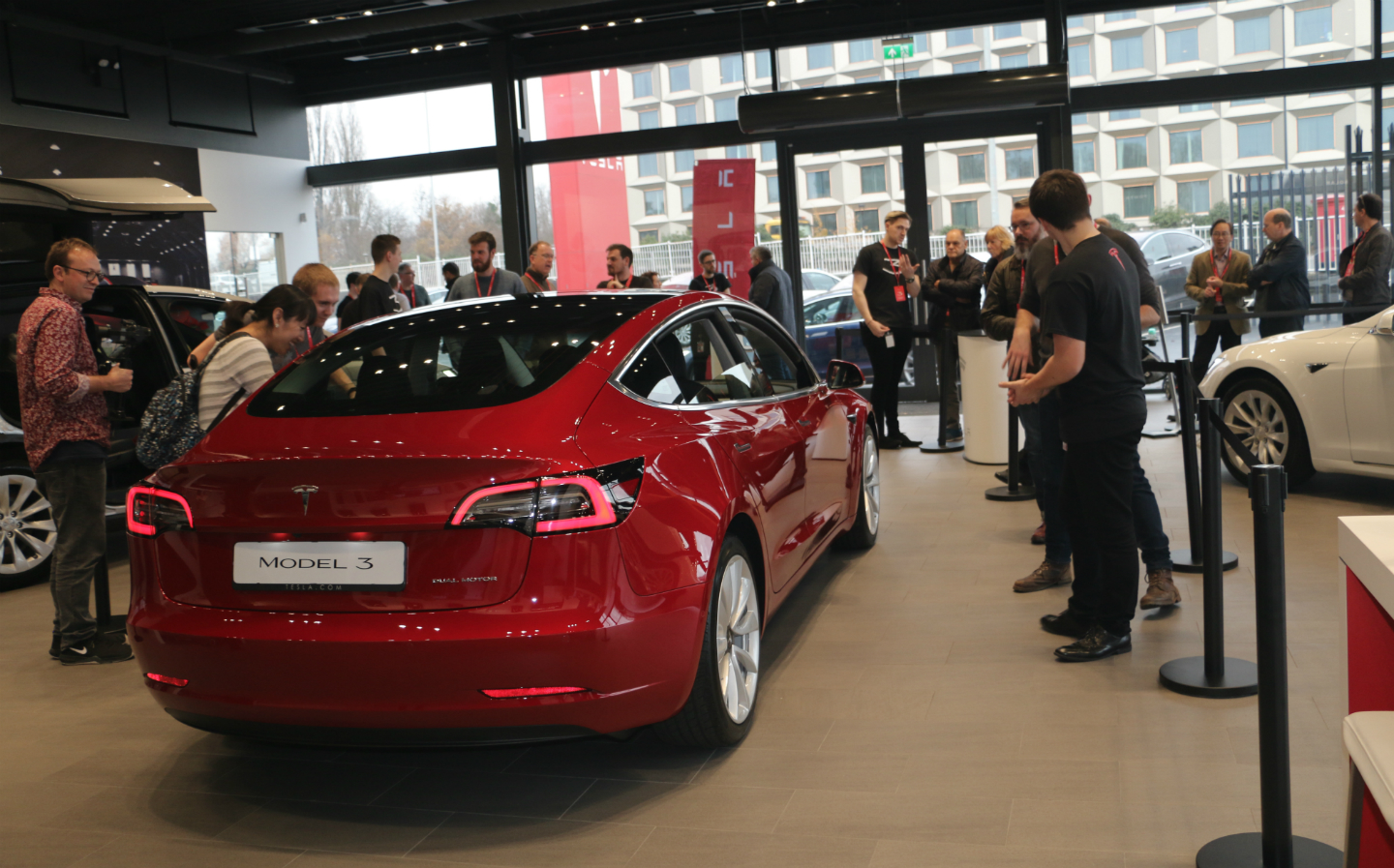 THE TESLA Model 3 has made its long-awaited debut in UK Tesla Stores, as the American car maker begins a country-wide preview roadshow with its latest model.

The “Meet Model 3” events will also allow reservation-holders, who’ve been waiting patiently since order books opened for the pure-electric compact executive car opened three years ago, to look see what their £1,000 deposit will get them first-hand.

The Tesla Model 3 has a range of up to 338 miles under new new, tougher (and more realistic) WLTP tests, and will come in rear-wheel or four-wheel drive forms. The Performance model, with dual motors, is capable of achieving 0-62mph in 3.7 seconds and hitting a top speed of 155mph.

It also comes with the same semi-autonomous “Autopilot” hardware and software as found in the larger Model S and Model X cars, including eight cameras, forward radar and twelve ultrasonic sensors that enable automatic steering, accelerating and braking, with collision avoidance and automatic emergency braking.

While these can help reduce accidents, by law in the UK, all drivers are still required to be in control of the vehicle at all times, with their hands on the wheel and concentrating on the road ahead.

All cars come with a boot with additional underfloor storage, as well Tesla’s trademark “frunk” — a Porsche 911-style storage area between the front wheels. Total luggage capacity is 425 litres.

Inside, the minimalist interior is dominated by a huge 15in touchscreen displaying everything from speed to rear view camera (standard equipment), mapping, air conditioning and infotainment.

Model 3 customers have pay-per-use access to Tesla’s global Supercharger network, which includes more than 430 Supercharger locations with over 3,600 Superchargers in Europe.

The Model 3 previews will be displayed until December 19 in two Tesla Stores: Park Royal in London and the Manchester-South branch, on the outskirts of Stockport. It’s expected the car will then be shown at other Tesla Stores.

Deposit-holders have a little longer to wait for their own right-hand drive models, though; Tesla says deliveries begin in the UK in the middle of 2019.