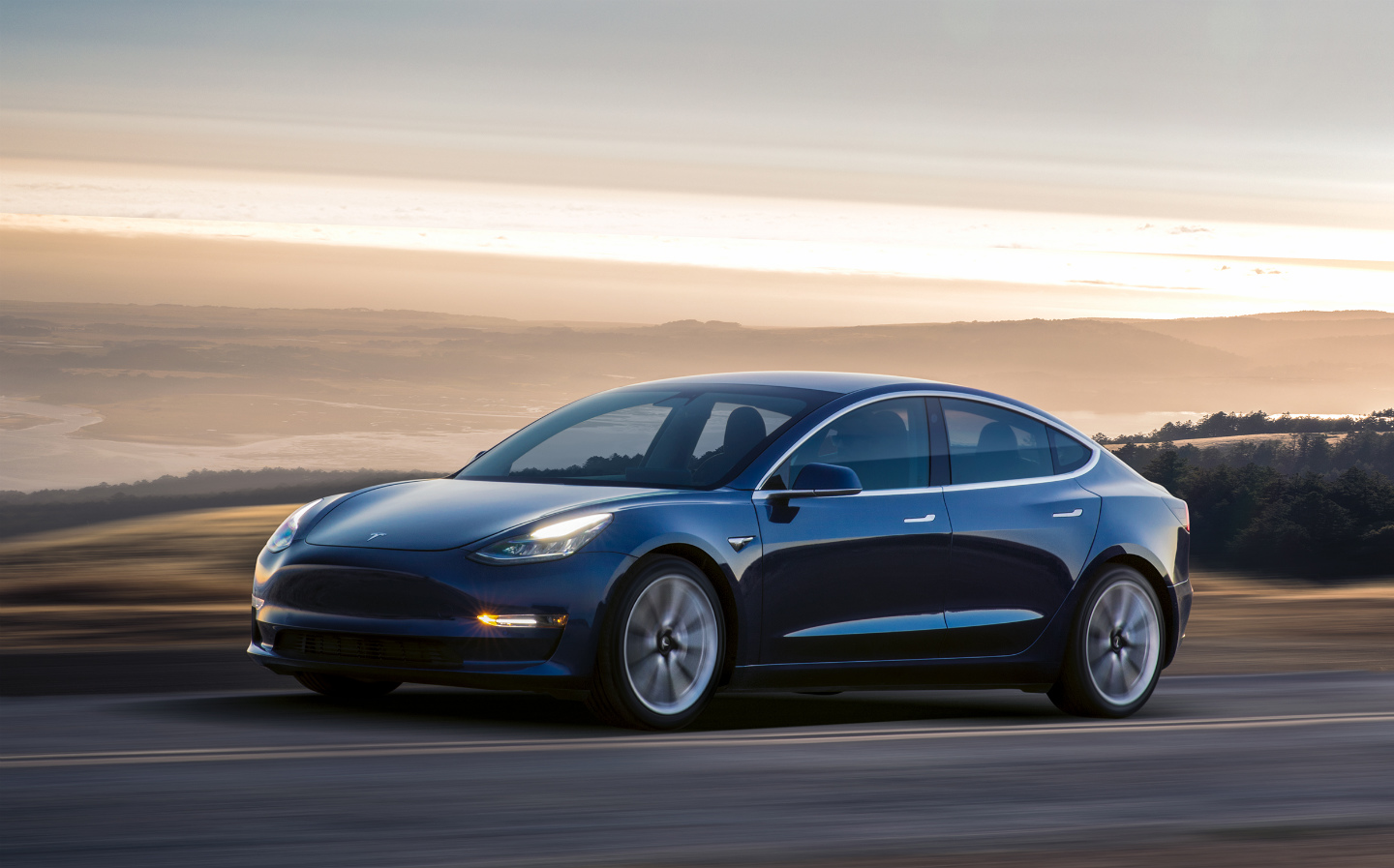 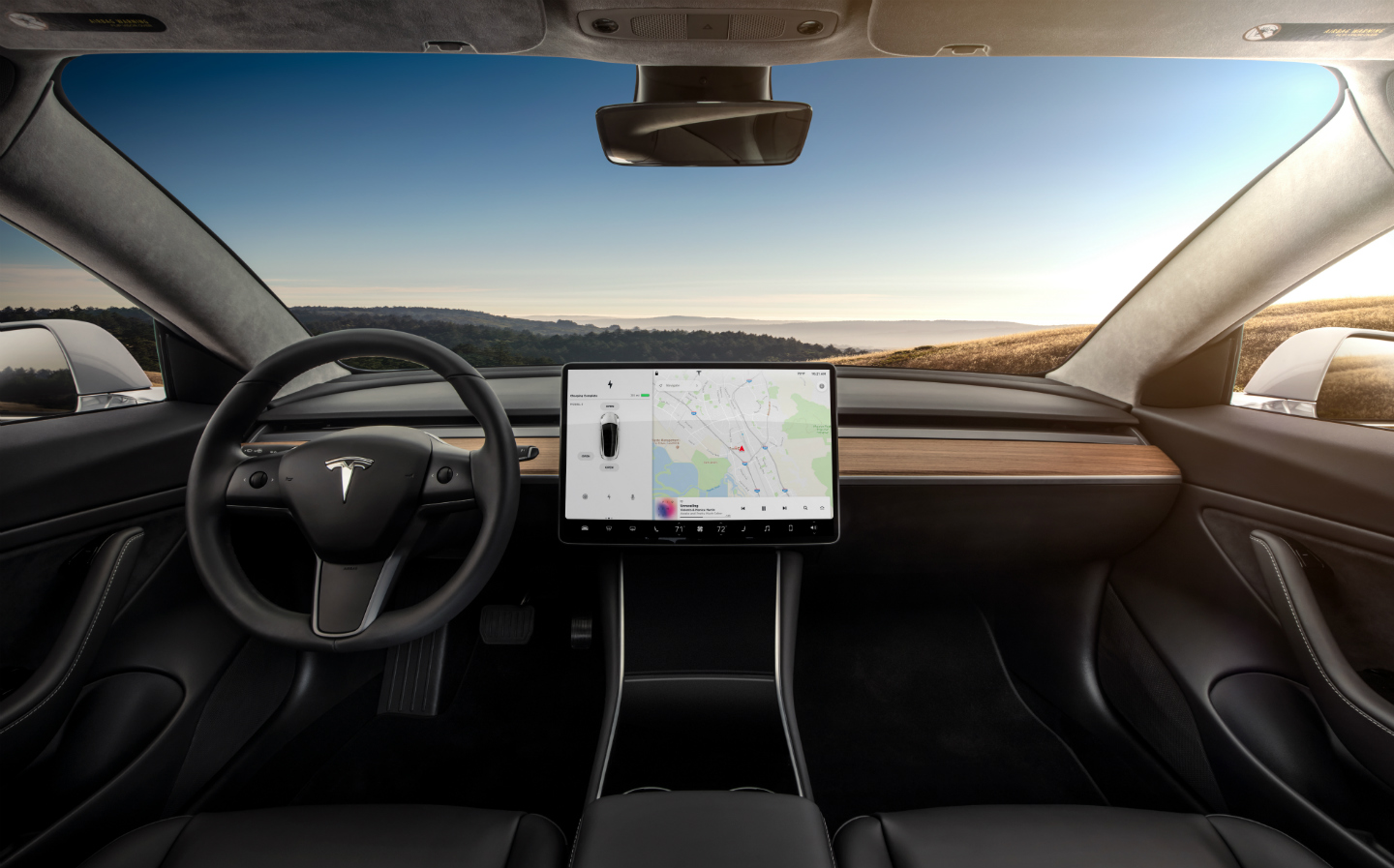 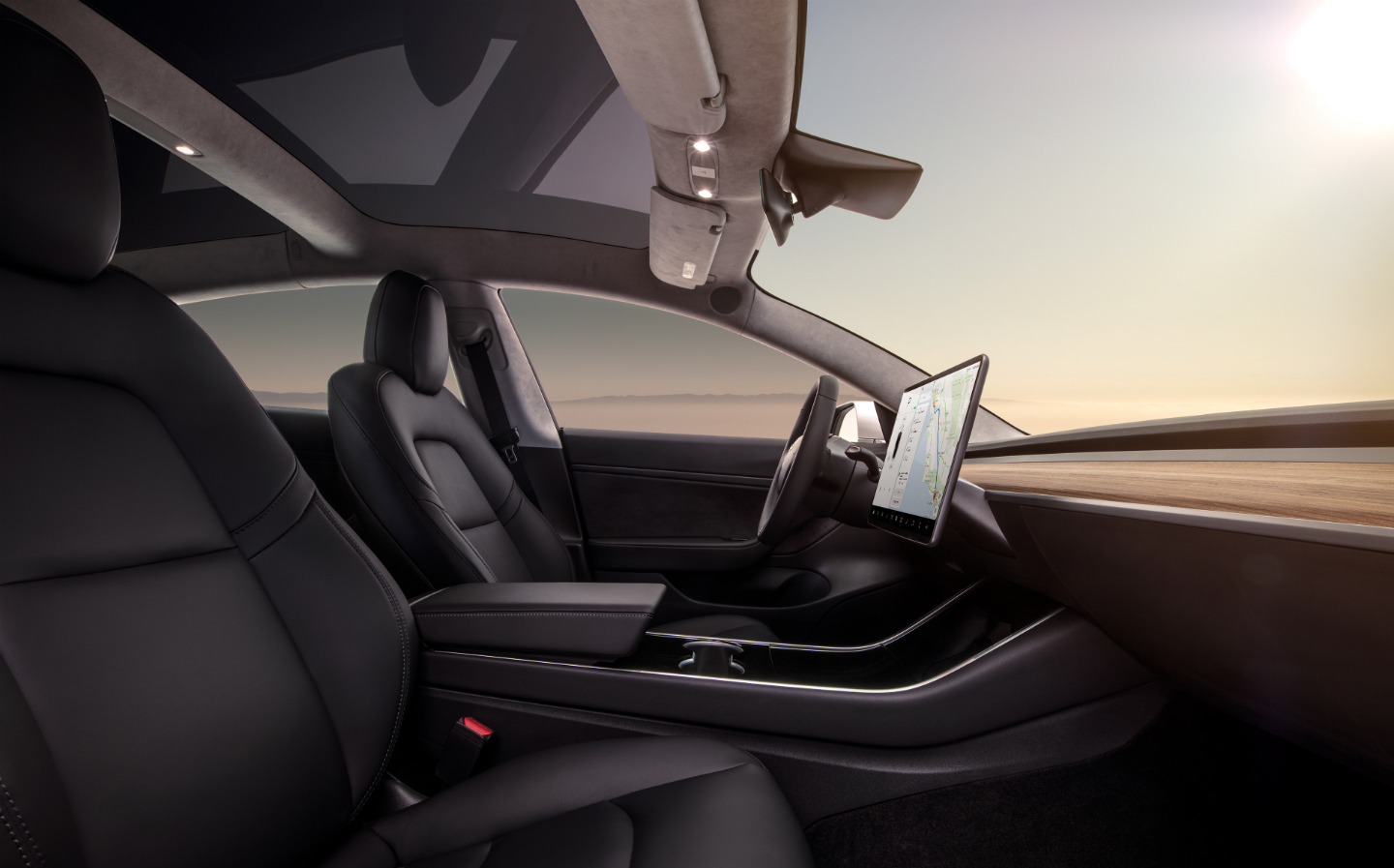 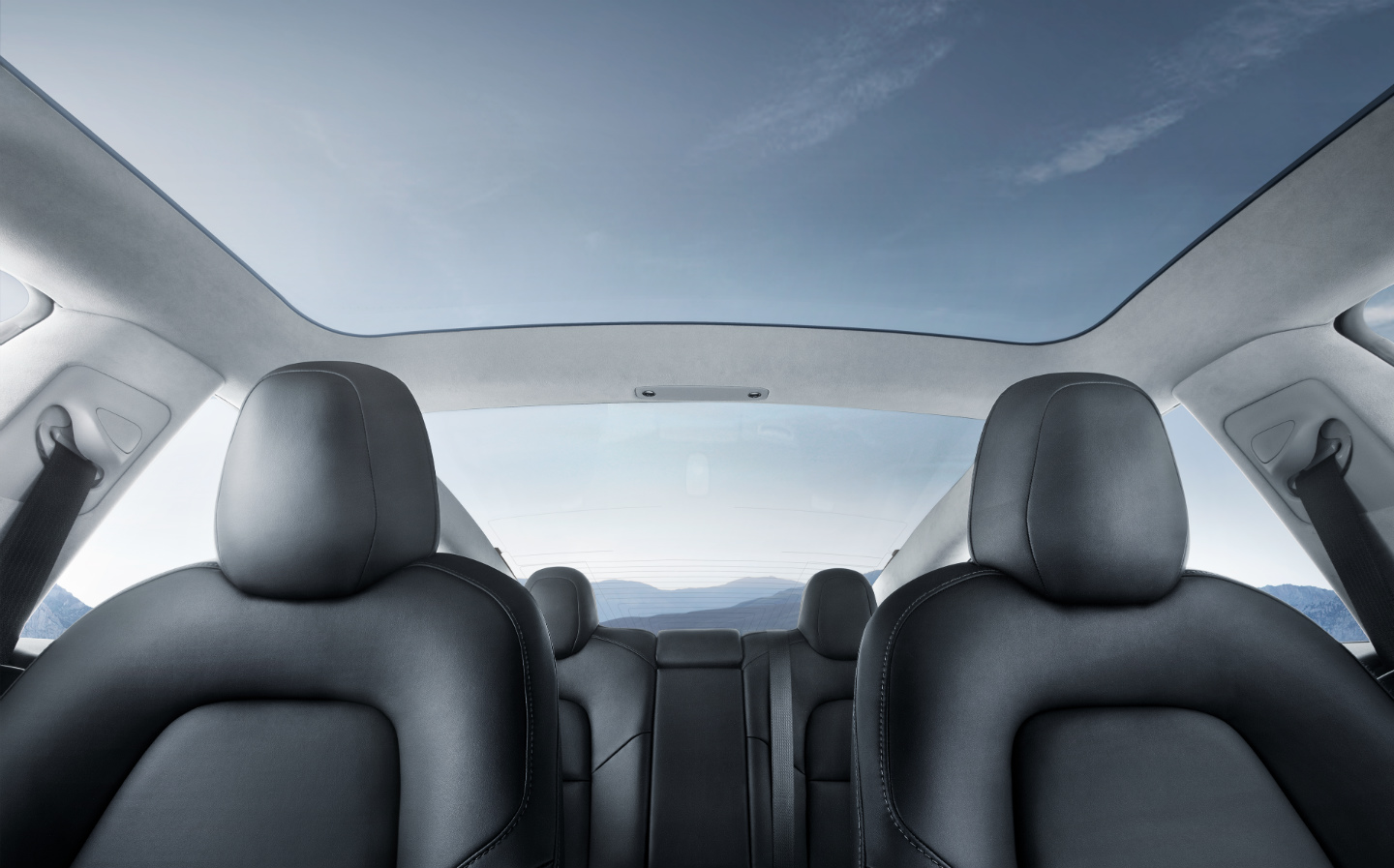 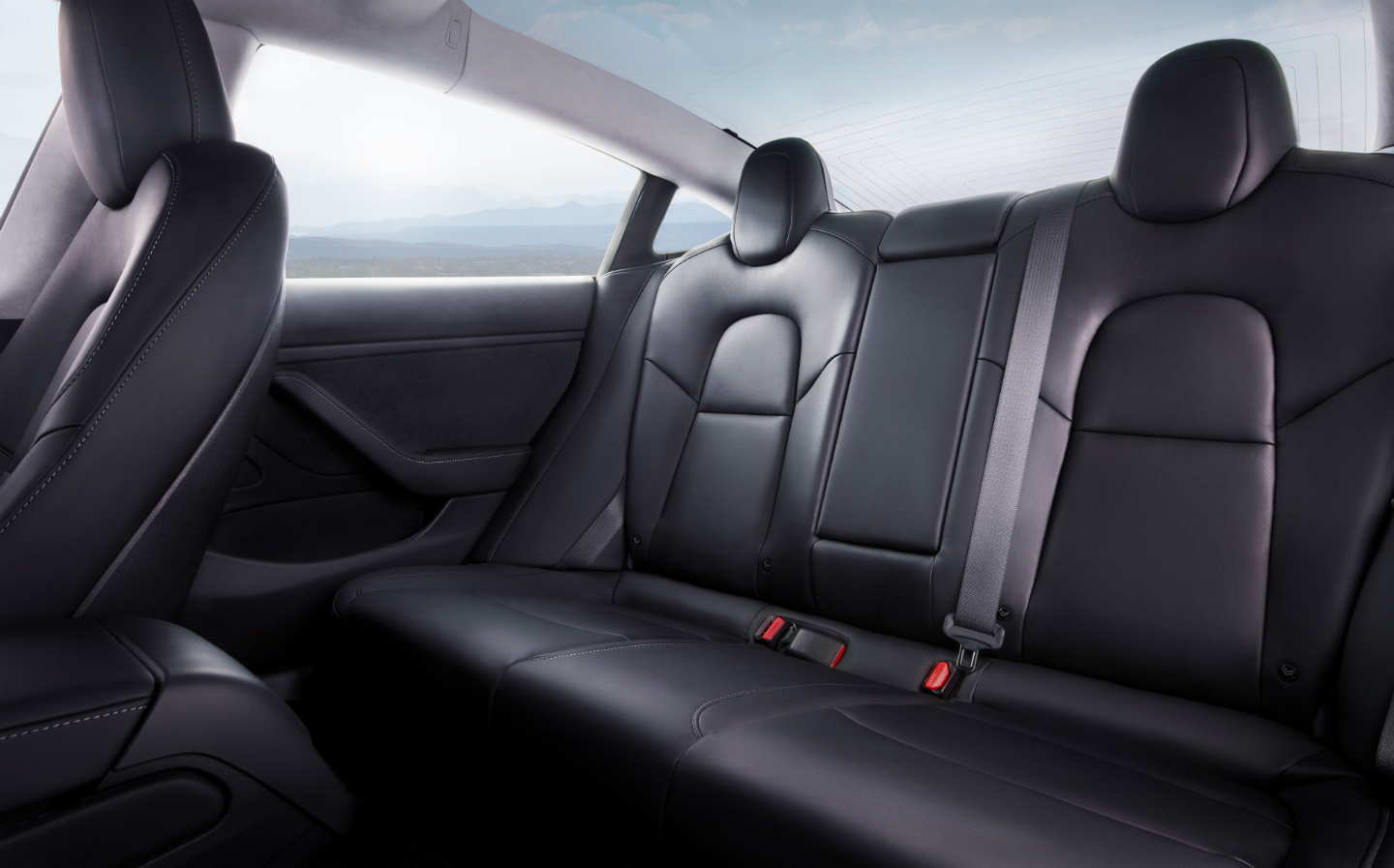 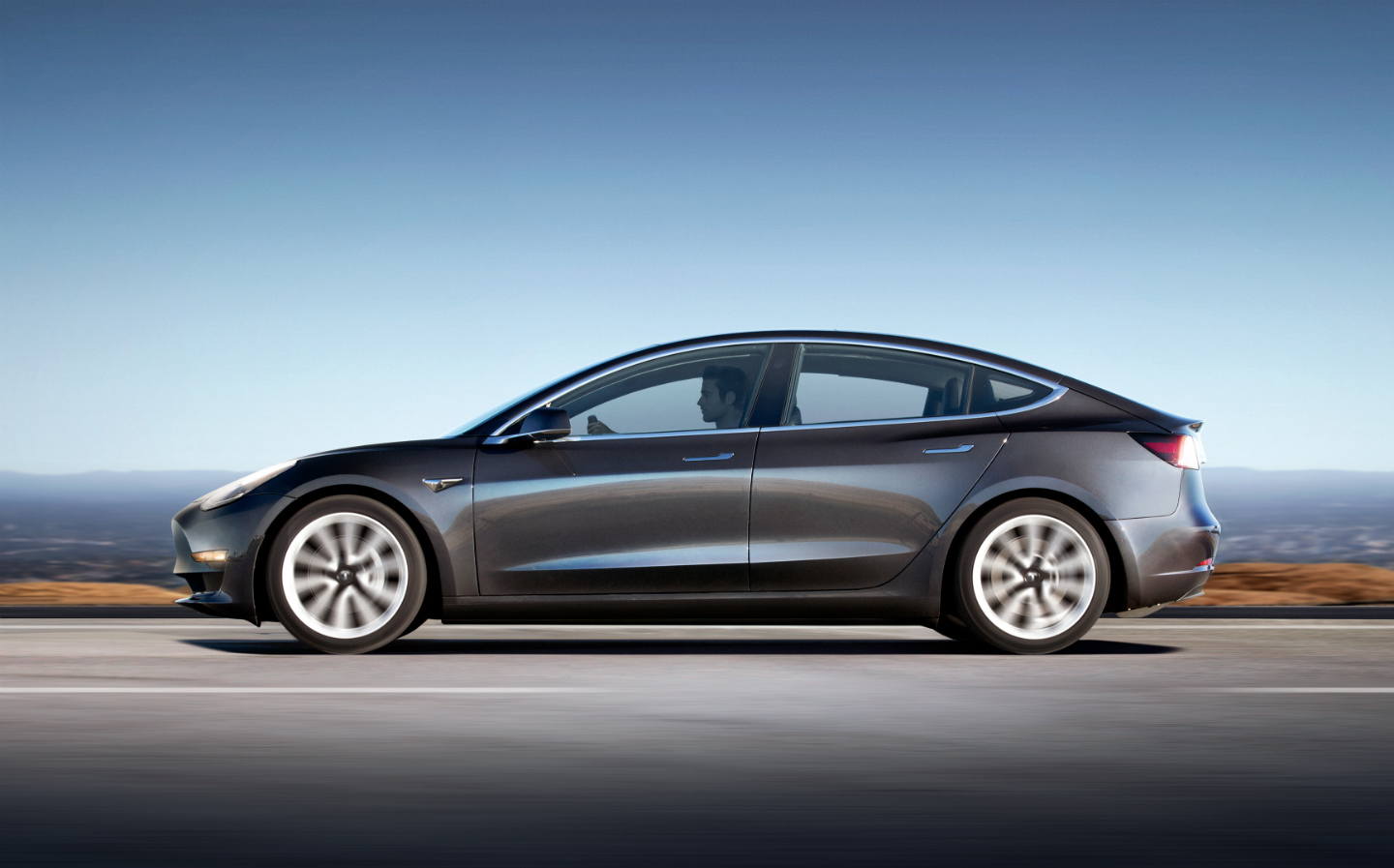 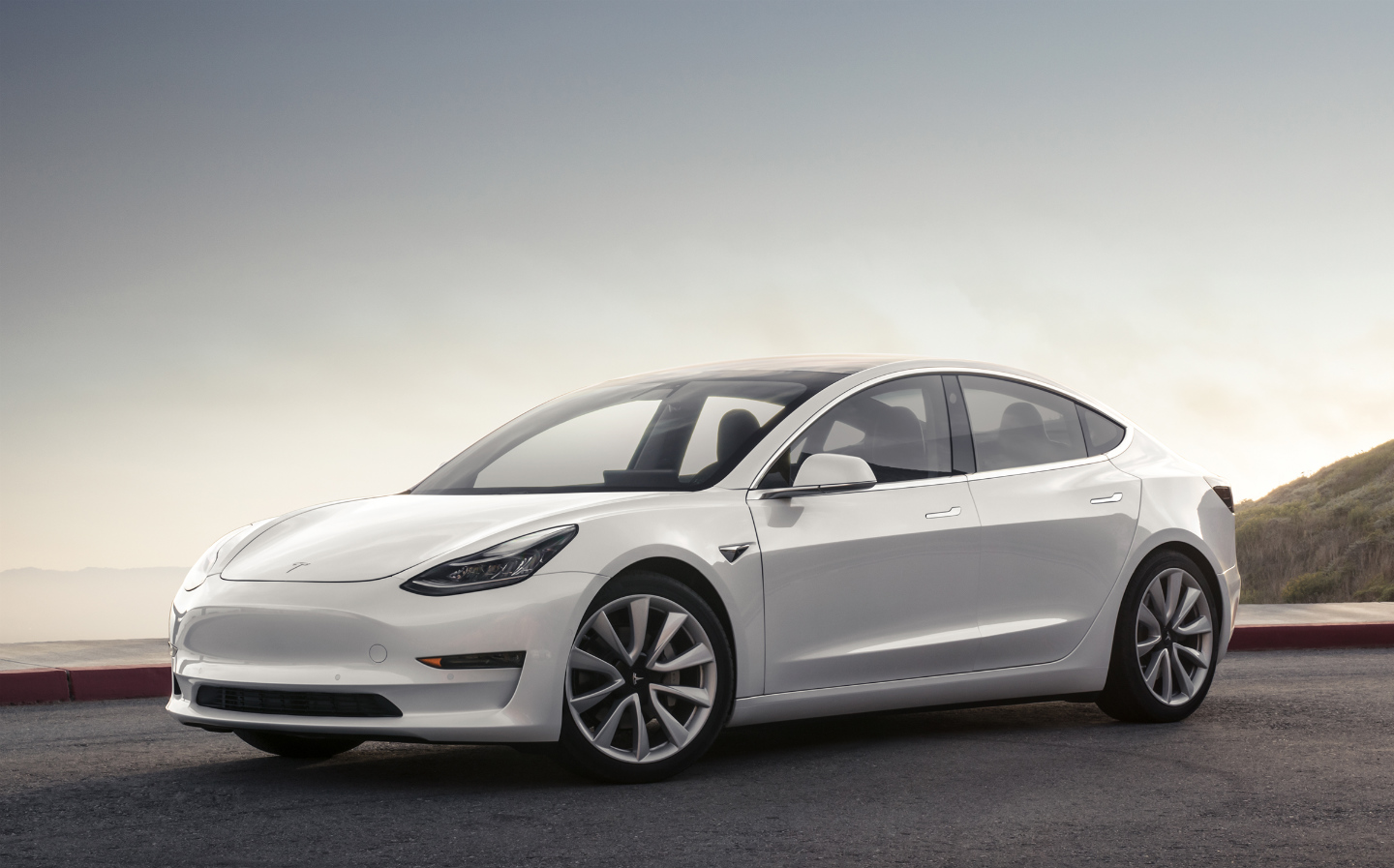 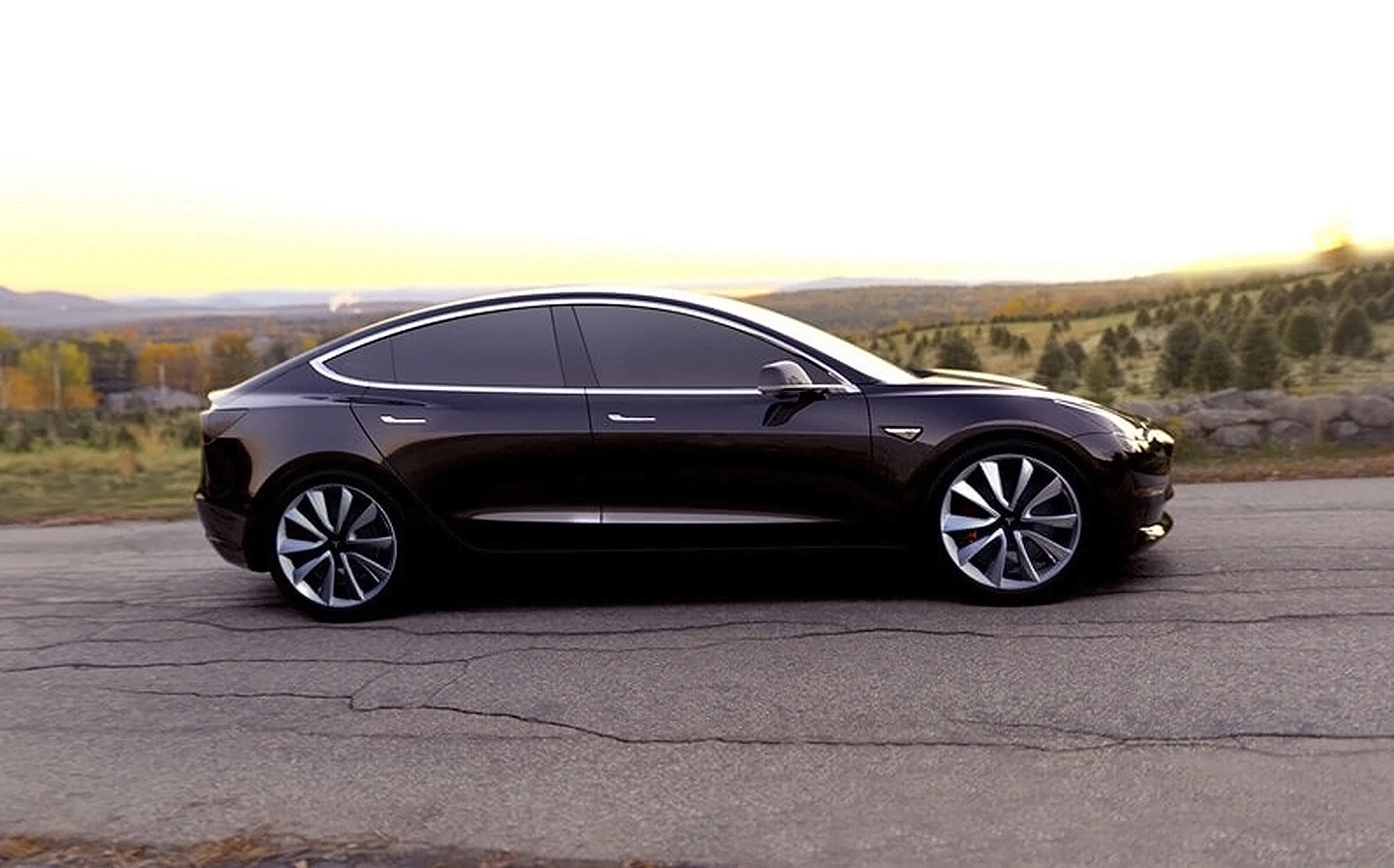 THE TESLA Model 3 is billed as the Ford Model T of the digital age — a car that will bring affordable electric motoring to all.

If Elon Musk, the South African-born billionaire who co-created PayPal and who also has space ambitions is right, the Model 3 is the iPhone of transport, turning electric cars from playthings for millionaires, or tinny runabouts for hippies, into must-have gadgets for the masses.

But that revolution, and the planet-saving benefits it brings, hinges on one thing: what is the car like to drive?

The one I’m allocated on the night of the launch, at which the first cars were handed over to select customers, is 007, the seventh off the line. It is the personal vehicle of Jerome Guillen, a senior Tesla engineer. Even with its lush metallic blue paint, stylish wheels and panoramic windows, the 007 does not look like a car that will change the world.

What sets it apart from the worthy electric vehicles produced by other manufacturers, though, is that it can be upgraded, like an iPhone. Musk’s genius, like that of Apple’s Steve Jobs before him, is that he has reimagined the car as a platform — a gadget that can grow and change over the years, with self-driving technology or a future ride-sharing network that lets owners make money from their vehicles.

It’s expected to cost about £30,000 after government grants when it goes on sale in the UK, although it could be a year before it arrives here. A £40,000 version of the Model 3 will have 310 miles of range and even zippier acceleration, Tesla says. With only a handful of moving parts, it is said to be almost maintenance-free.

The keys to the first 30 examples — the keys were actually paired smartphones — were handed over at a glitzy event at Tesla’s factory in California, where Musk was welcomed to rapturous applause. The customers were handpicked Tesla employees, but soon he expects to build 500,000 cars a year.

Musk’s self-proclaimed mission to disrupt the near-monopoly of the internal combustion engine has paid off. The Model 3 was launched two days after Michael Gove, the environment secretary, announced that new petrol and diesel cars would be banned from sale in Britain after 2040 (although it was later determined that hybrids — including plug-in hybrids — meeting emissions regulations will still be allowed).

The expectation that more countries will ban conventional petrol and diesel vehicles has helped to send Tesla’s shares and Musk’s personal fortune soaring. Earlier this year Tesla’s market value overtook that of Ford, even though it has never reported a profit.

In California, Tesla owners are part of a club who exchange tips online. Using an app called PlugShare, they can drop into each other’s homes for a recharge, reducing the range anxiety that has been one of the drawbacks of electric cars.

Early electric vehicles had the appeal of a glorified milk float and were bought by drivers called hair-shirtists by Jeremy Clarkson. But Tesla models outperform most conventionally-powered rivals.

The car unlocks automatically when its paired smartphone approaches. Inside, all dials, controls and knobs have been replaced by a single 15in touchscreen. It’s liberating, if unnerving, to be faced with just a steering wheel and pedals.

But when I fire up the car, all becomes clear. The accelerator is immediately responsive and the car sets off with a kick. With electric cars, there’s no need to work the gears: all the power is available immediately.

The Model 3 will accelerate from 0 to 60mph in less than six seconds and has a range of at least 200 miles, according to the company. It can be charged overnight from a domestic mains supply or from one of Tesla’s network of roadside superchargers that will add a range of 130 miles in about 30 minutes.

When I let up on the accelerator, strong regenerative braking — which feeds kinetic energy back into the batteries — slows the car automatically. I scarcely need to use the brake at all.

So far, so Starship Enterprise. The real warp-speed leap came when I double-tapped the gear-shift lever, turning on the autopilot. Immediately, the steering wheel twitched as the car used its built-in cameras, radar and ultrasonic detectors to follow lanes and avoid other road users.

On my short drive, the autopilot worked well, although it did drive closer than I would have done to workmen digging up the road. It also had trouble with lanes that were poorly marked, meaning I had to take back control by tapping the brake.

Musk says that all Model 3s come with all the necessary hardware for full self-driving — although that is still several years, a lot of regulatory approval and an $8,000 (£6,000) upgrade away.

Musk, who in the past has failed to meet production targets, insisted his Californian factory would soon be delivering 5,000 cars a week to more than 500,000 customers worldwide who have put down a $1,000 (£760) deposit on the Model 3. He is building another plant, the Gigafactory, in the Nevada desert where the battery packs will be made.

Even if he falls behind with deliveries, it may not matter. He learnt from Steve Jobs, the late chairman of Apple, to keep supplies scarce to boost desirability.

Behind the scenes of the new Tesla Model 3 launch: the £30,000 electric BMW 3-series rival