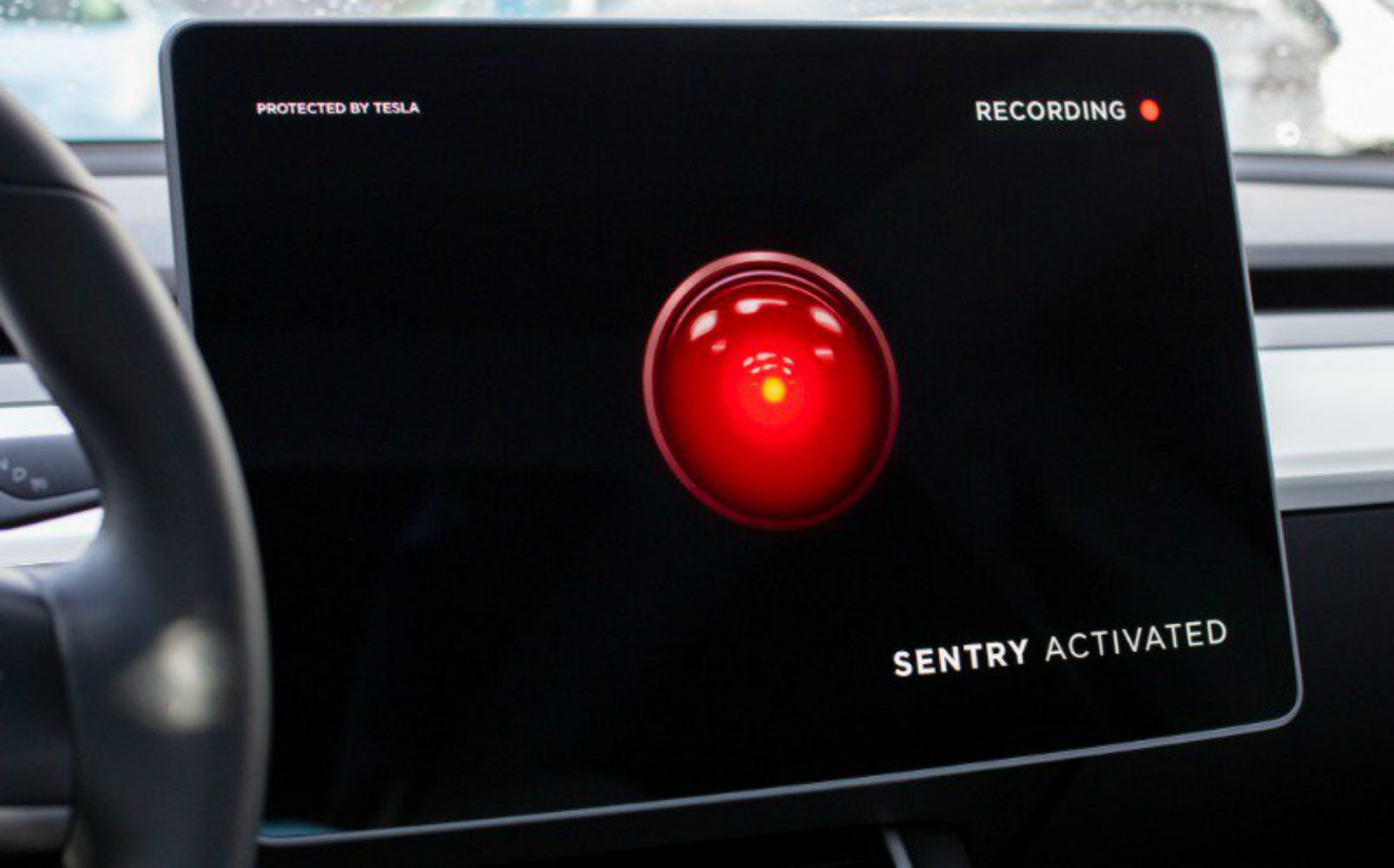 DOG owners and sci-fi fans now have more reasons to look to Tesla when it comes to buying their next car, as the latest over-the-air software updates include a mode to keep dogs cool when parked, and a Sentry Mode inspired by the film 2001: A Space Odyssey.

Dog Mode keeps the air conditioning running when they have to leave pets in the car so that the animals don’t overheat. It also displays a “My owner will be back soon” message on the large touchscreen — crucial if they want to avoid concerned passers-by from attempting to rescue the dog or dogs from what they may assume is a hot vehicle.

After one Twitter user said the font on the screen needs to be even larger, Tesla founder Elon Musk replied to suggest the recommendation had been taken onboard.

Meanwhile, Sentry Mode, available only on models built post-August 2017, keeps the car in a standby state when parked, with its surround view cameras running.

The vehicle will enter an “alert state” should the cameras detect a minimal threat, such as someone leaning against the car, and a message appears on the screen to say that the cameras are recording. Footage can be stored on a USB flash drive plugged into the car when setting Sentry Mode. The famous red eye of HAL 9000 from 2001: A Space Odyssey, the 1968 Stanley Kubrick film appears on the touchscreen in alert state, too.

If a more severe threat is then detected, such as a window being broken, the car then enters an alarm state, which not only activates the car alarm but also increases the brightness of the centre display to maximum, plays music at maximum volume and notifies the owner via their mobile app.

Musk confirmed on Twitter the alarm state will blast out classical music tracks, although he didn’t say what the song choice(s) would be. Surely blaring out Also Sprach Zarathustra by Richard Strauss — the main theme from 2001 — is the obvious choice?

Update: Bach’s Toccata and Fugue in D minor is one confirmed tune, judging by this new tweet from Tesla. A classic in every sense, and enough to scare off every kind of monster.

One other thing: Teslas have been able to use the front cameras as dash cams for a while but the latest software updates mean that footage from the side cameras can also now be stored on a USB stick and used as evidence in the event of an accident.