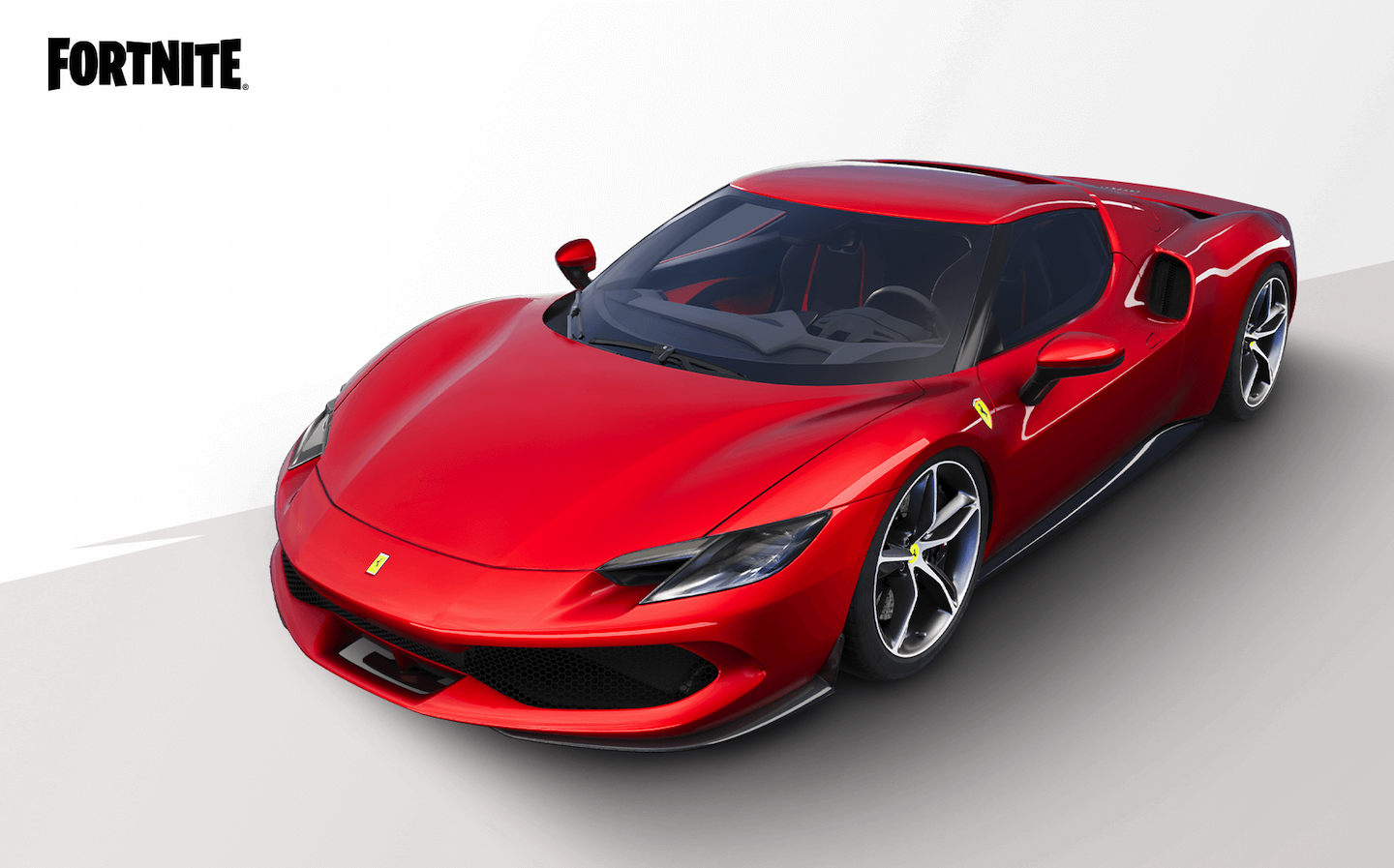 FERRARI is giving gamers a chance to drive its new 296 GTB sports car before owners as it becomes the first fully-licensed car in Fortnite.

The 819bhp plug-in hybrid, which has a real-world 0-62mph time of 2.9 seconds, is now available to players thanks to a collaboration between the Italian car manufacturer and Fortnite’s creators, Epic Games.

The tie-up was teased in a tweet by Fortnite showing a single image of the iconic Scuderia Ferrari shield before an official announcement tweet, complete with video and a link to a blog post about the car.

Get ready to feel the thrill of the ride ?️

Buckle up and get ready to experience @Ferrari‘s new 296 GTB on the Island.

Learn all about this new vehicle and new Ferrari-inspired cosmetics coming to the Shop in our latest blog!

Players of the Fortnite game have been able to drive cars since the feature was added in 2020, but until now these vehicles have been generic versions of different types of vehicles, as developers were keen to avoid any copyright infringements. What’s different now is that the Ferrari 296 GTB is an exact representation of the car’s design in real life.

The game’s creators say that while the Ferrari will play like other vehicles in the game, the 296 GTB will sound like the real car.

Players will have to find the car and will be able to drive it in a number of challenges within the game. These include a time trial, driving the 296 GTB through the Storm (a barrier to keep gamers in the playable area, which shrinks as the game progresses) and reaching the car’s top speed.

The appropriately-named Davide Ferrari, car configurator IT product owner and technology innovation architect at Ferrari described the configurator as “all about giving justice to the product” made possible via the Unreal Engine’s real-time rendering.

“We have millions of combinations. Having everything pre-made was not possible anymore, and pre-rendering every possible combination isn’t viable.”

Francois Antoine, director of advanced projects at Epic, said: “The car featured in the game is built on the same source data and using the same Unreal Engine features as the 296 GTB in Ferrari’s own car configurator.

“This artistic and technical collaboration with Ferrari has been no small feat to bring the first realistic, experiential vehicle into Fortnite’s dynamic and scalable cross-platform multiplayer environment.

“It’s been a fantastic way to continue to push towards our vision of the Metaverse by releasing a fully functional, gameplay-enabled, realistically rendered vehicle into the stylised world.”

Which may be gamer-speak for “it’s good”.