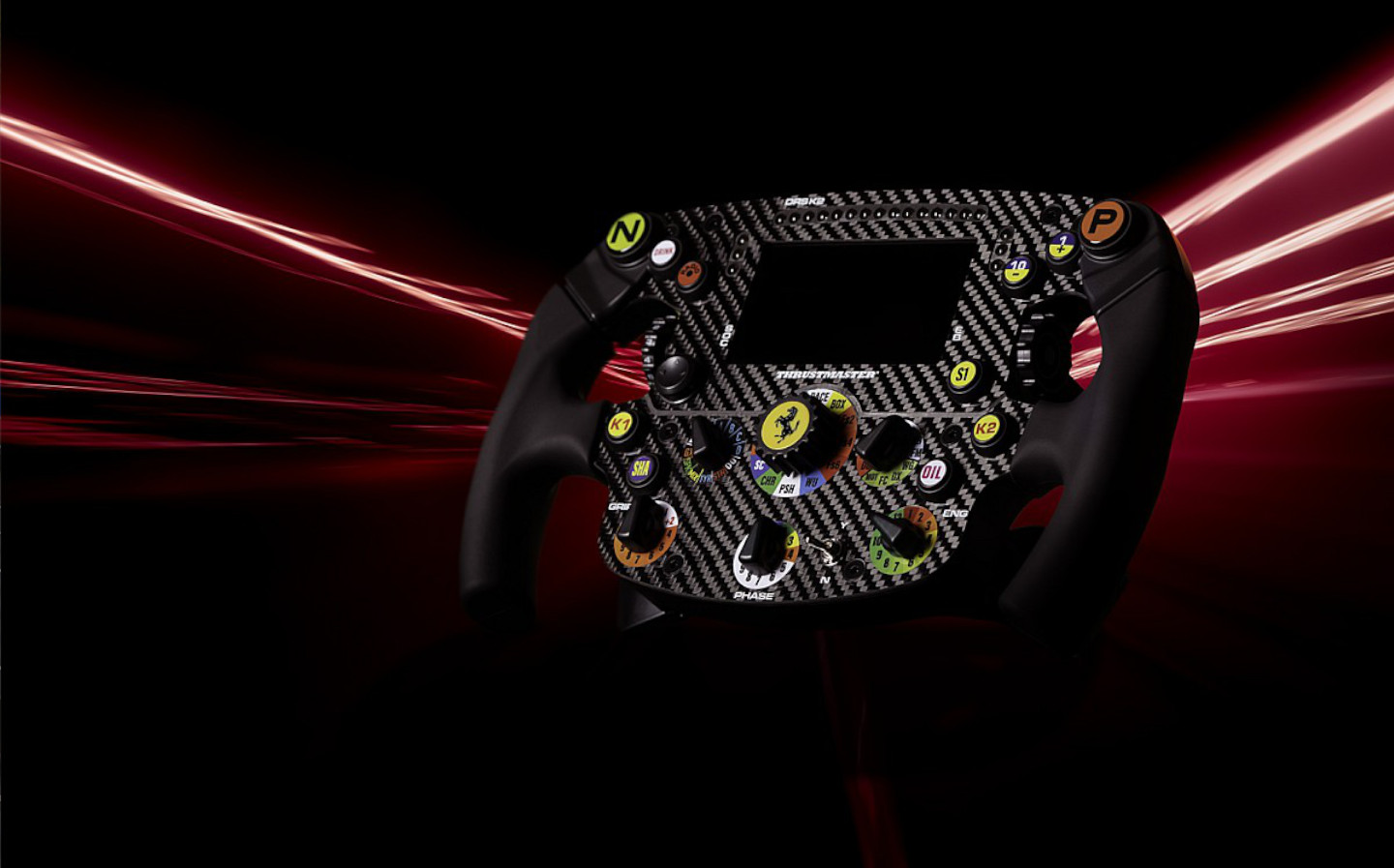 FERRARI‘S Formula One team has collaborated with video game accessory designer Thrustmaster on an eSports controller based on the steering wheel used in last year’s SF1000 F1 car.

The Formula Wheel Add-On SF1000 Edition builds on a decade-long relationship between Thrustmaster and Ferrari that began with the Ferrari F1 Wheel Add-On in 2011.

As a replica of Scuderia Ferrari’s actual F1 steering wheel, it is intimidatingly complicated: there are 11 functioning buttons, seven encoders and two thumbwheels, as well as an 11cm LED screen that can display up to 69 items of information, with 11 engine speed displays and five for marshal flags.

There are further screens integrated from the recently revealed Codemasters F1 2021 game, which was announced last week and will release on July 15. These reportedly include tyre temperature, gears, timing and fuel use, which are displayed through connection to the Thrustmaster TM Connect Web platform.

The new F1 game will feature an all-new story mode and all 23 tracks that comprise the 2021 F1 season at the time of the game’s announcement, requiring the addition of Imola, Portimao, and the updated Jeddah track in Saudi Arabia. The Circuit Gilles Villeneuve in Canada will also feature, although it is likely to be replaced in reality due to the ongoing coronavirus pandemic.

The 2020 F1 game did not feature any of the new tracks that were added to the makeshift calendar, leading to fans calling for their introduction for 2021.

The faceplate of the wheel is made from 100% carbon fibre for authenticity, while the outsized paddle adjusters are made from aluminium and feature magnetic technologies. The grips are composes of textured rubber, for comfort.

Thrustmaster noted that the wheel is based on the one that Scuderia drivers Charles Leclerc and Sebastian Vettel used at Ferrari’s 1,000th grand prix, a milestone that was marked at the Tuscan GP at the Ferrari-owned Mugello track on September 13, 2020.

However, the Tuscan Grand Prix was one of the only memorable moments in a forgettable season for Ferrari, which struggled throughout the year and finished sixth in the constructors’ championship. The SF1000 car on which the Thrustmaster wheel is based will decidedly not be making an appearance Ferrari’s hall of fame.

The Formula Wheel Add-On SF1000 Edition is compatible with Thrustmaster T-Series bases, excluding the T500RS. Unsurprisingly, it’s not cheap: RRP in the UK is £329.99. Upgraded T-Chrono shift paddles, which lower shift times, are an extra £54.99.

The wheel was introduced in a limited run of 1,000 yesterday, and is already out of stock on the Thrustmaster website. Wider release will commence on August 26.