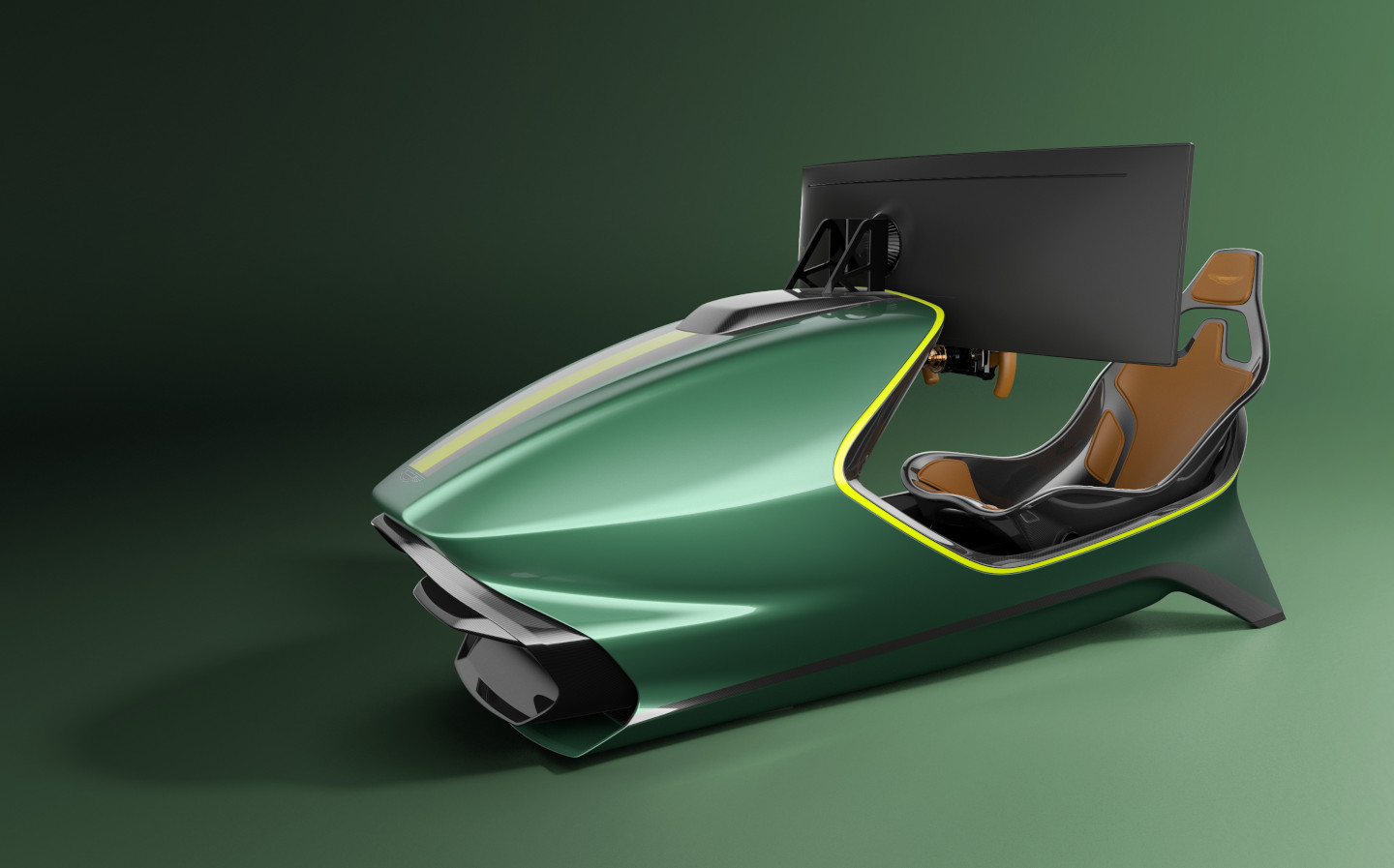 Despite its mostly immobile design, it shares similarities with some of Aston Martin’s most incredible modern cars. For example, it is constructed using a carbon fibre monocoque (something also utilised in the limited edition One-77 supercar), and has a seating position mirroring the Aston Martin Valkyrie hypercar.

Its gaming credentials come thanks to Curv Racing Simulators, a British technology company. Curv reportedly hand-assemble all of the simulators — the sales of which are limited to 150 units — using “the highest quality components and latest Assetto Corsa software”.

The result is, although it feels weird to say about a stationary object, endearingly athletic, resembling a jetski with a flatscreen TV attached. Its front is designed to invoke an Aston Martin Racing grille, and the carbon fibre monocoque does give it real-world sportiness. 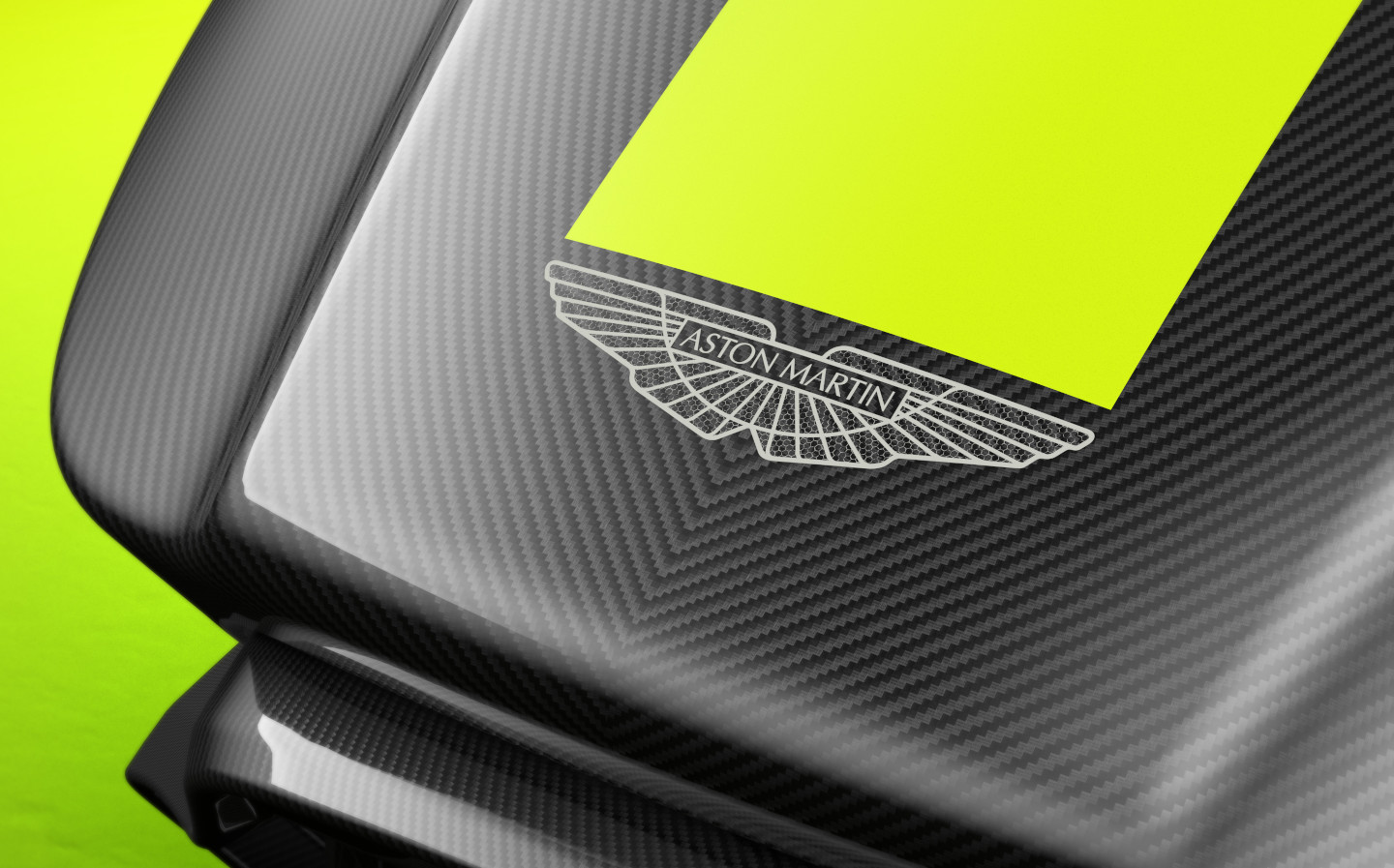 Marek Reichman, Aston Martin’s chief creative officer, said: “This was a challenge for the design team as, although the simulator isn’t a car, it is inspired by our racing cars. It needed to exude the same elegance, boasting the same dynamic lines and balance of proportions as any Aston Martin with a racing lineage. I can picture the AMR-C01 in the most beautiful of residences as a sculptural work of art in its own right.”

As you can imagine, a limited edition simulator featuring such craftsmanship doesn’t come cheap. It comes in at a staggering £57,500 (not including tax), meaning it’s definitely not a piece for the average gamer.

Aston Martin has suggested it would be a good investment for professional racing drivers who want to hone their skills between races. But it cannot go unnoticed that for that kind of money you could buy a number of high end sports cars, including a Jaguar F-Type or BMW M3. An M2 would be well within your reach.

The AMR-C01 marks Aston’s adolescent steps into the world of e-sports, an already huge industry that has seen only further growth during the coronavirus pandemic, with real-world sports postponed and cancelled for a long period due to travel and social distancing rules. 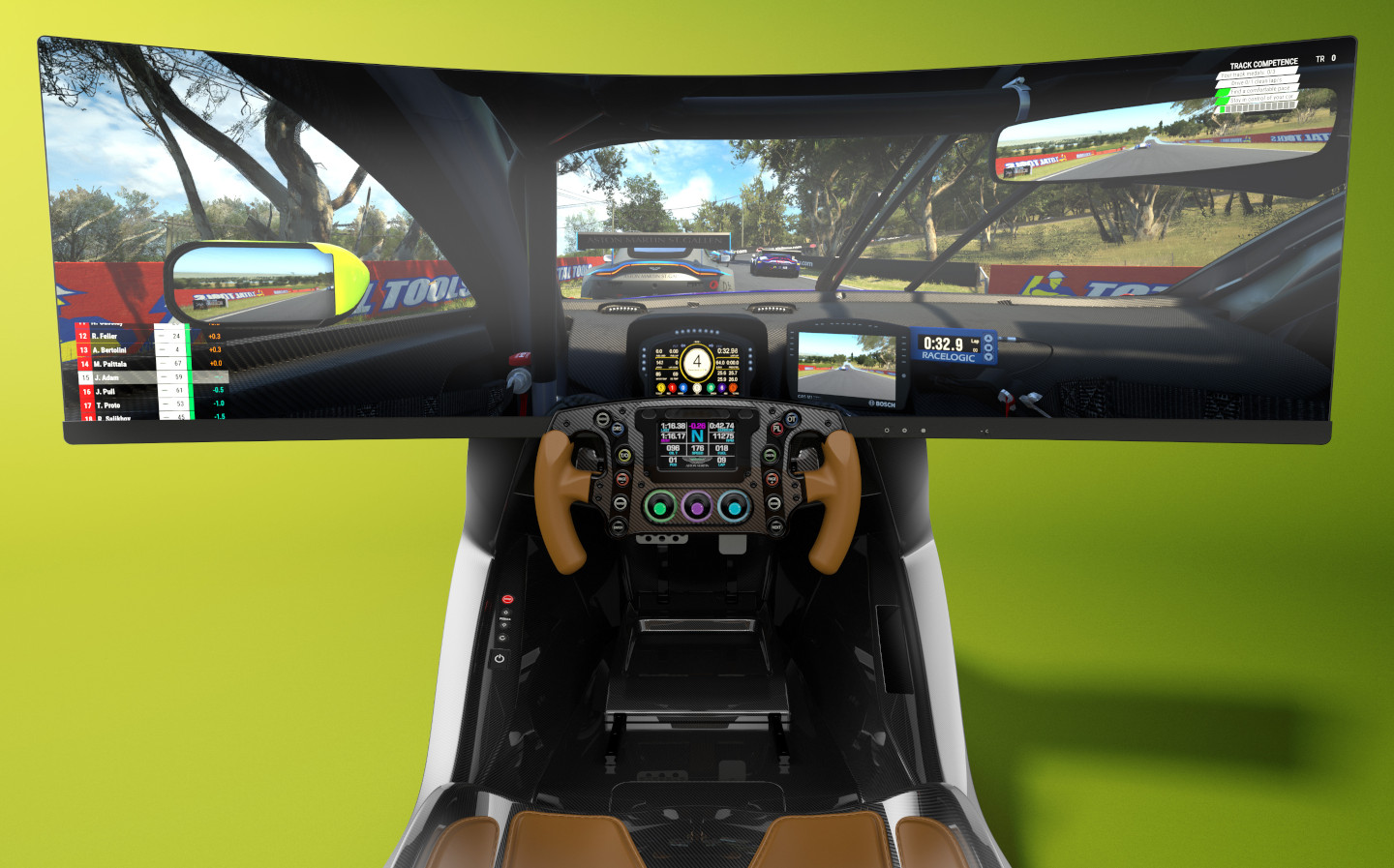 This was especially true for motor racing, with F1 — a sport that travels all over the globe to various tracks — forced to create a new, compressed calendar that kicked off with the Austrian Grand Prix on July 5. In the downtime, many of the sport’s drivers got involved in official F1 simulated races, which took place on virtual versions of the tracks that were meant to be raced on as per the original F1 calendar.

Williams driver George Russell, who has become more accustomed to the back of the grid (despite coming close to clinching his first Formula One points during an incident prone race at Mugello on Sunday), proved a runaway winner, clinching four back-to-back wins, including winning by a 39-second margin at the virtual Monaco Grand Prix. Max Verstappen, who drives for Aston Martin Red Bull Racing, is also a keen e-sports enthusiast.

If you didn’t baulk at the AMR-C01’s price tag, the order book for the simulator is now open, and deliveries are expected to begin at the end of this year.