IT’S MID-MORNING on the M4 and I am cruising along at 65mph. It’s a journey I’ve done hundreds of times but today there is something very different about my driving: the car is doing it for me.

Unlike every motorist that passes me, staring dead ahead with their hands glued to the steering wheel, I have my hands resting on my knees and have time to gaze around, trusting that the car will avoid getting into any scrapes — with no input from me. I am testing what is undoubtedly the most advanced self-driving production car in Britain — and so far, so good. The M4 has never seemed so serene.

This weekend hundreds of Tesla owners in Britain will receive a message on the vehicle’s centre console telling them a software update is available for their car from company HQ in California. If they choose to accept the update — and allow a few hours for it to download — the car will be upgraded with a self-driving system called Autopilot.

This puts Tesla ahead of rivals such as Honda and Audi, which have built self-driving vehicles but haven’t yet applied the technology to production models (see panel). The Tesla software harnesses existing features such as adaptive cruise control (which adjusts speed to maintain a safe distance from the car in front), lane departure warning systems and power steering.

Data from 12 sensors as well as the sat nav is used to build up a detailed picture of where the car is on the road and of other vehicles around it. What this means in practice is that motorists can cruise down the motorway and even overtake other cars with virtually no driver input. The system has been a £2,100 option on new cars since October 2014, in anticipation of the software update that allows it to go live. 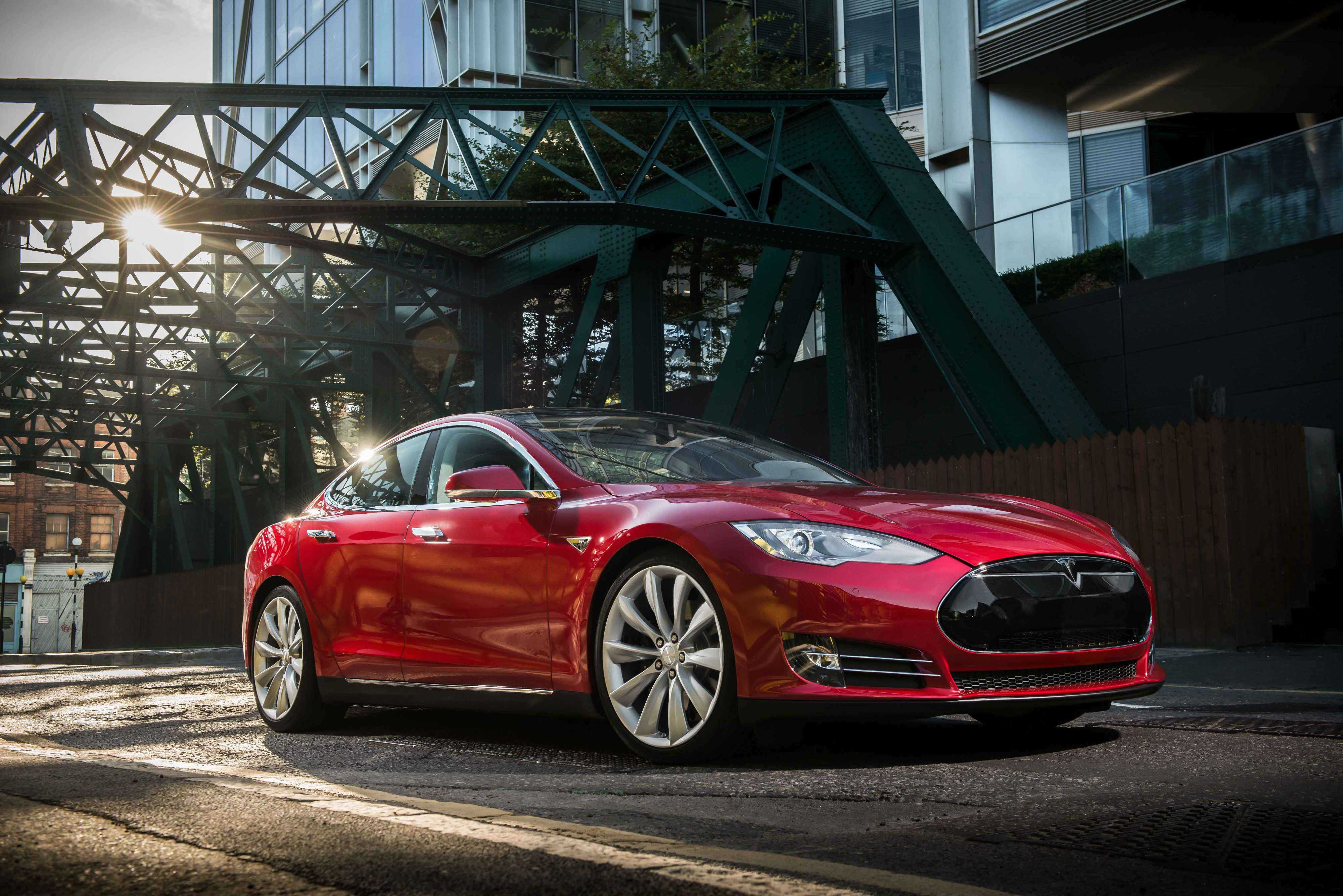 Unlike in America, where motorists have posted videos of themselves reading newspapers (or Hamlet in one case) or even climbing into the back seat, the European system requires drivers to keep their hands on the wheel when the car is pulling out or overtaking. If they keep their hands off the wheel for a prolonged period — usually more than 10 minutes — the system will sound an alarm. If this is ignored, the car will activate its hazard lights and slow down.

According to Elon Musk, the billionaire founder of Tesla, Autopilot is safer than human drivers. “It never gets tired, it’s never had anything to drink, it’s never arguing with someone in the car. It’s not distracted,” he said at the launch.

There are still flaws in the system — as I was to discover on the M4. But once the gremlins are ironed out, could it herald a new era of motorway driving when the driver for long periods is little more than a passenger with override permissions?

Tesla Motors UK’s headquarters is in a surprisingly low-tech industrial park near Heathrow. Its spotless offices and gleaming cars parked on the forecourt seem at odds with its analogue neighbours offering exhausts and MoTs.

Its fleet of cars have just received the software update — version 7.0— which is transmitted to the vehicle over 3G via its built-in Sim card. The update applies only to cars built since October last year that were fitted with the necessary sensors; older vehicles won’t get Autopilot. America has had the update for about a week, but here Tesla has been waiting for what it calls “regulatory approval”. This has come from the authorities in Holland, where Tesla has its European factory, and under EU law that makes it valid on UK roads.

Even so, a company representative appears a little nervous about the potential for misuse. “Ultimately the driver is responsible for everything that the car does,” she says. “It is up to the driver to make sure they use the feature correctly.”

To activate Autopilot you go to the settings menu on the touchscreen control panel, which brings up a list of options, from “autosteer” to cruise control: turn them all on. A 3D image of your car appears on the dashboard where you would usually find the speedometer; when the vehicle gets a fix on the lane markings, the edge of the road is highlighted, prompting you to activate Autopilot. You do this by setting the maximum speed you want to travel at and then engaging the autosteer feature by pulling the cruise control stalk towards you three times.

Back on the M4 the car has no problems picking up the lane markings. I activate autosteer and the steering immediately tightens up, while a blue icon illuminates to tell me the car is now in control.

With both feet off the pedals, I gingerly take my hands off the wheel. The car stays in the centre of the lane, nudging itself occasionally to take the long motorway curves.

The speed is set at 65mph, but ahead in the middle lane is a lorry going slower. The Tesla settles down three car lengths behind it. Time to overtake. I flick the indicator stalk and rest my fingers on the wheel. The autosteer won’t change lanes unless it senses some driver contact via pressure pads on the wheel.

The car pulls out and accelerates from 50mph to 65mph, overtaking the lorry in seconds. I indicate to pull in again, touch the wheel and the car returns to the middle lane. It is a strange feeling. I am a passenger in the driver’s seat. 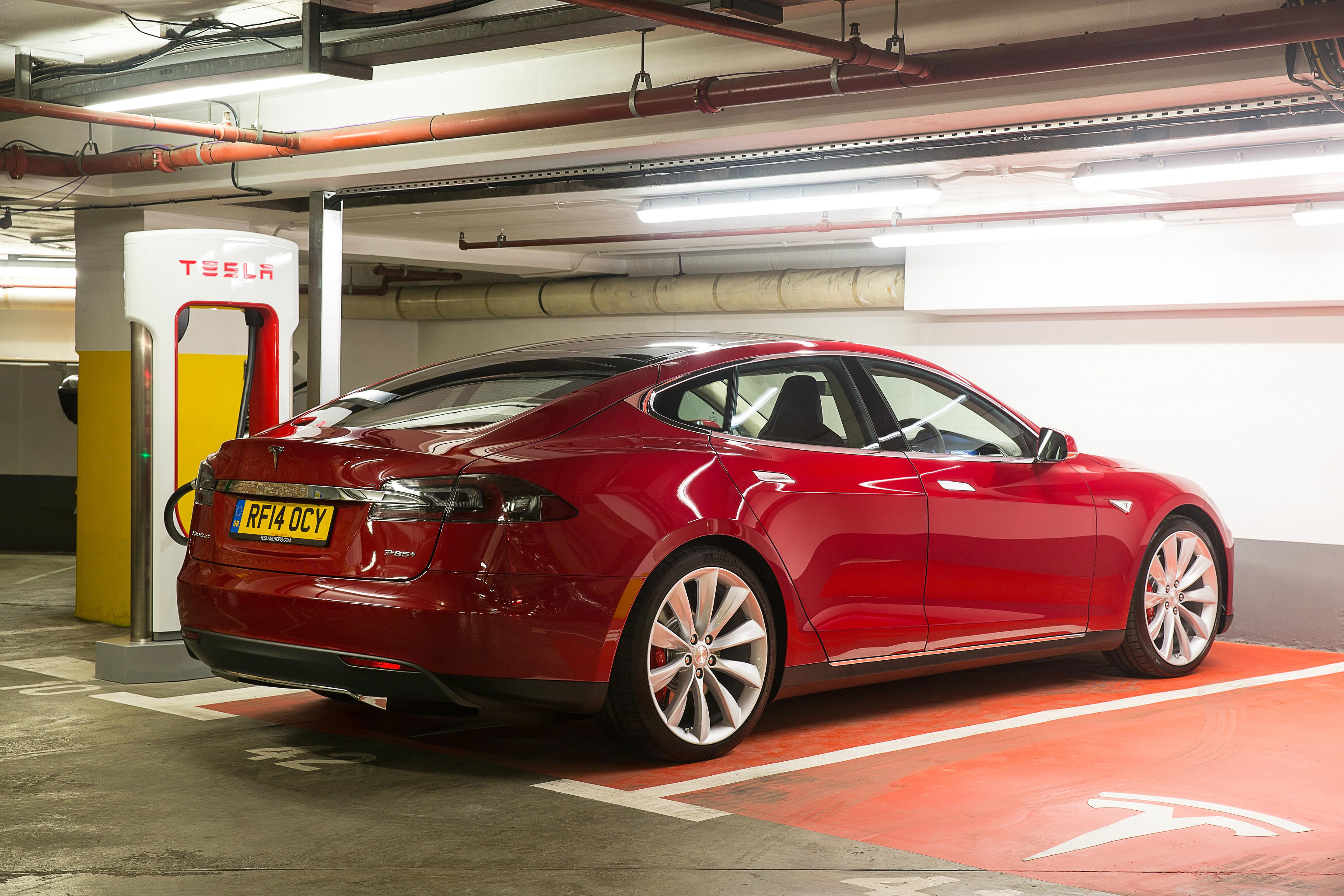 The system isn’t perfect. The sensors that monitor the driver’s blind spot are supposed to block a command to change lanes if another car is in the way. When we tested this feature, however, the car began its autonomous overtaking manoeuvre from the inside lane despite a vehicle approaching fast from behind in the middle lane. Swift manual override was required to avoid a collision.

Tesla says its sensors can detect cars up to 16ft away. At high speed, that doesn’t leave a lot of room for error. Rival car makers point out that they have erred on the side of caution before introducing similar autopilot systems. At the Tokyo show last week some suggested that Musk was taking a gamble by launching Autopilot while it was in beta stage.

“If there is a major accident involving automated driving, technological advancement will stop,” said one.

Musk himself admits that the system is not perfect, but has promised updates to achieve his goal of having fully driverless cars on the roads by 2020. Included among the updates will be the ability to read traffic signs and traffic lights.

The biggest improvement, however, will be “fleet learning” in which data from some Autopilot users is uploaded to the cloud and can be used by the system in other cars — essentially allowing the car to “learn” how to drive.

Tesla’s update brings driverless cars one step nearer, although there is still a long way to go. Perhaps the greatest step forward is the fact that features such as Autopilot can be installed remotely.

Gone are the days when drivers were forced to buy a new model if they wanted the latest tech. Now they can update their cars, just like their phones.

Mirror, signal, sit back and enjoy the future: self-driving cars on the way

Tesla may have edged ahead of rivals in the autopilot stakes, but they are fast closing in, with mainstream models expected in the coming months and a wide choice due within five years. All prices are estimates.

Engineers are finalising technology that will allow the S-class to change lanes by itself when a facelifted version is launched in two years’ time. But if there is no sign that drivers want the system, it could be delayed.

Nissan has a driverless prototype called the IDS concept. It can’t be long before aspects of the technology are incorporated into its electric Leaf production car.

Emerging technology and changes to the law are expected to allow fully driverless cars, which don’t require human supervision, to be on UK motorways by 2020. Honda is working towards that date.

The plan is for drivers to be able to take their hands off the wheel of the A8 saloon when the updated version arrives in 2017, and to sit back while the car steers, accelerates, overtakes and brakes on motorways. As with the Tesla, the driver would need to be ready to take control.

The new luxury saloon from Cadillac is expected to arrive in Britain next year with a feature called “Super Cruise”, which is said to allow drivers to take their hands off the wheel on motorways at speeds from standstill to 70mph, although automated overtaking seems unlikely.

Has the law kept up with technology?

What happens if a traffic officer sees a Tesla driver with their hands off the wheel?

The National Police Chiefs’ Council told The Sunday Times last week that the Department for Transport needs to draw up new legislation, but in the meantime, “in accordance with current legislation, drivers must be in proper control of their vehicles and officers will evaluate each situation involving self-drive cars on an individual basis. An assessment will be made and appropriate measures could be taken to protect the public from unnecessary collisions or incidents.”

That mean drivers aren’t exempt from prosecution, and police could use existing laws such as careless driving. Lawyers say that motorists could argue in court against the charge. “If you are charged with driving without due care and attention, for example, you could offer the defence that you weren’t actually ‘driving’, since the car was operating under robotic control,” said David Barton, a motoring lawyer. “It will need a court case to determine where we stand.”