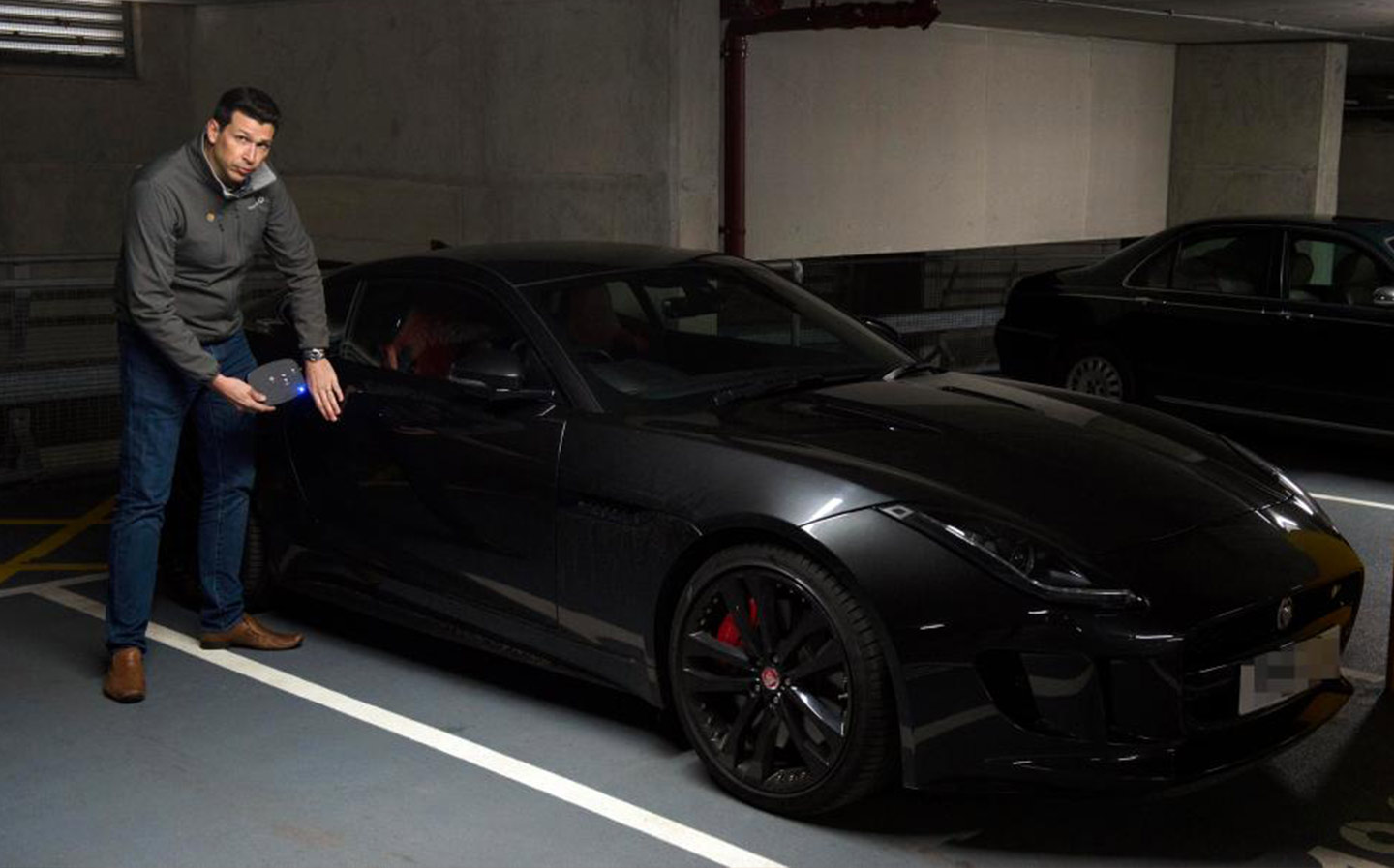 REPORTERS from The Sun newspaper managed to “steal” 10 cars in moments using a legal gadget than can unlock the doors and start the engines of vehicles with digital key fobs.

With the scanner device, it took just six seconds to unlock a £12,000 Ford Focus and start the engine — while the owner watched on in horror.

Other “keyless” cars were almost as easy to steal. A Skoda Kodiaq and a Nissan Qashqai both took ten seconds to steal, while a Jaguar F-type R, Mazda 2 Sport, Renault Megane, Range Rover Velar, Hyundai Tucson and Volvo S90 took between 11 and 23 seconds. A Volkswagen Golf took the longest, according to the investigation, taking 42 seconds to get into and drive away.

Bryan Johnston, a solicitor and owner of the Ford Focus, told the newspaper: “Gone in 60 seconds? Gone in six seconds, more like. I’m genuinely shocked how easy it was. It can’t be right for manufacturers to produce vehicles that are patently not secure.”

Keyless car theft is not a new phenomenon; Sunday Times Driving has been highlighting the problem for years. In 2014, Audi RS 4 owner Daniel Witte sent us CCTV footage of his car being stolen from outside his home by a professional gang. It took 90 seconds for his £70,000 dream car to be taking from his driveway.

Since then, thefts of more affordable hatchbacks have been on the rise. In March 2018, Cleveland Police in Middlesborough said it had logged the theft of 90 keyless cars in the area over a three month period, with half of the cars being Ford Fiestas.

Keyless cars can be stolen in a number of ways, with the most common methods being “relay theft”, in which wireless transmitters can be held up to the front door or window of a house (or the handbag/pocket of a car owner), to capture the signal from a fob and relay it to a target vehicle.

An accomplice captures the signal and uses it to trick the car into thinking the key is in close proximity, allowing the doors to be unlocked. Once the accomplice is inside, the process can be repeated to start the car.

Another method is by jamming the signal from a fob as the driver walks away from the car, leaving the car unlocked and making it easier for thieves to enter the vehicle and access the car’s electronic control unit, to start the engine. Digital keys can also be “cloned” in seconds.

The Sun reporters used the relay method. While some devices can cost as little as £10, the newspaper suggests the gadget it used — supplied by Milton Keynes specialist recovery firm CanTrack Global — was more expensive, costing between £10,000 and £25,000.

The paper refused to reveal the gadget’s specific details for security reasons, but said it is designed to work on a vehicle that is 200 metres from where the keys have been left. This enabled team to steal a Hyundai Tucson from an owner’s drive after she left the keyfob in her front room.

Owner Katie Pease said: “It’s very worrying. I’d heard about this type of theft but hadn’t taken it seriously. I wouldn’t be able to see the thieves on our drive. They’d be gone before I came out the house.”

Peter Thompson, managing director of CanTrack Global, said: “These are highly sophisticated tools designed with one reason only — to steal vehicles. There is no legitimate reason for an ordinary person to have a device like this.”

However, the law says that police can only arrest someone with a scanner if they can prove an intent to steal — the CanTrack Global device is legal to own and use.

In an ongoing effort to combat keyless theft, the car industry is improving the security of its wireless technology. The latest Jaguar and Land Rover models use a more secure ultra-wide bandwidth (UWB) system, while some car brands such as BMW and Mercedes-Benz are using tech such as motion sensors — meaning the wireless fob can’t be used to unlock and start a car if it’s stationary.

UWB appears to be a successful solution at present. German testing organisation ADAC found three vehicles that weren’t at risk of relay theft attacks were the pure-electric Jaguar I-Pace, and the latest versions of the Land Rover Discovery and the Range Rover.

Jaguar Land Rover also told The Sun its tracking systems have “a more than 90 per cent success rate of retrieving stolen vehicles.”

Ford said it will soon be introducing a motion sensor that means a fob that has been still for 40 seconds goes into sleep mode — affectively blocking a scanner. Skoda said from this year their new keyless car fobs will also have a motion sensor that will prevent the car starting after it has been still for a period of time. Volkswagen, Nissan, Hyundai, Volvo and Mazda all said they were working to improve security.

The anti-theft credentials of new cars are also set to be more thoroughly assessed in the UK. Vehicle safety and security assessor Thatcham Research tlast month updated its New Vehicle Security Assessment programme, with the changes designed to “shut down the keyless entry vulnerability, while anticipating other potential methods of digital and cyber-compromise”.