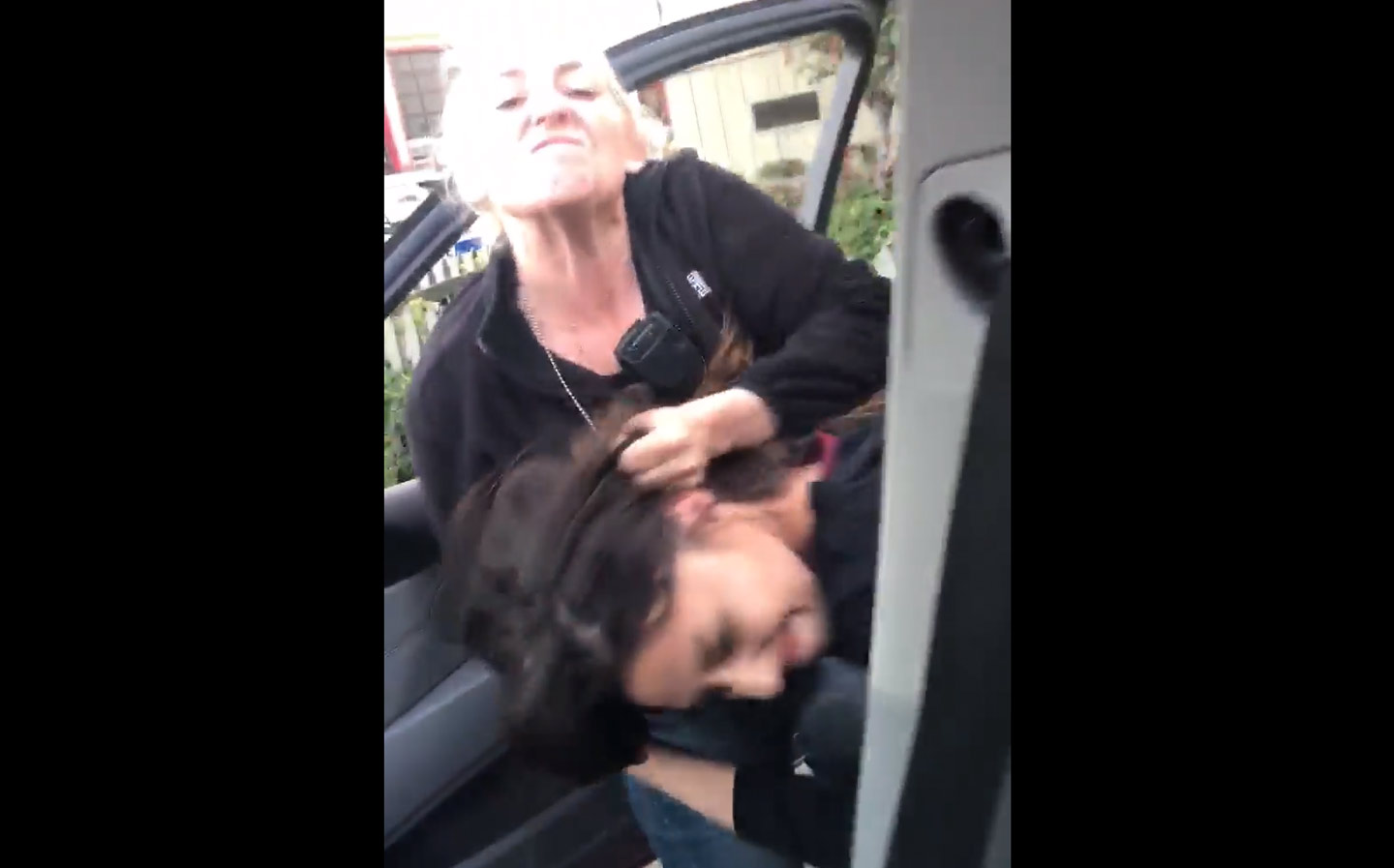 A FEMALE student was filmed being dragged from a car by police and grappling with officers in California.

In the post Luna, from Humboldt State University, says that she and her friends were initially stopped for “my friend sticking her head out of the sun roof.”

After some tense exchanges through the window, as the female officer attempts to establish some facts about her identity, Luna is heard asking Sgt Janelle Jackson, “Why are you being so rude?”

The policewoman hits back, saying: “Seriously? You’re about two seconds from going to jail for public intoxication. Do you not understand that? So I would stop talking if I were you.”

From there, the situation escalates rapidly. Luna was put under arrest and then dragged out of the car. It takes several police officers to restrain Luna, who tries to resist the arrest.

Luna also appears to have a firm grip on Sgt Jackson’s hair throughout the fracas.

Police say they are reviewing the video from June 16.  They arrested Luna for resisting arrest, battery of an officer and providing false identification to a police officer, in addition to the suspected underage drinking and public intoxication.

Humboldt State University said: “All video relating the incident is being reviewed and there will be a transparent and independent review of the arrest as well as a full internal review.”