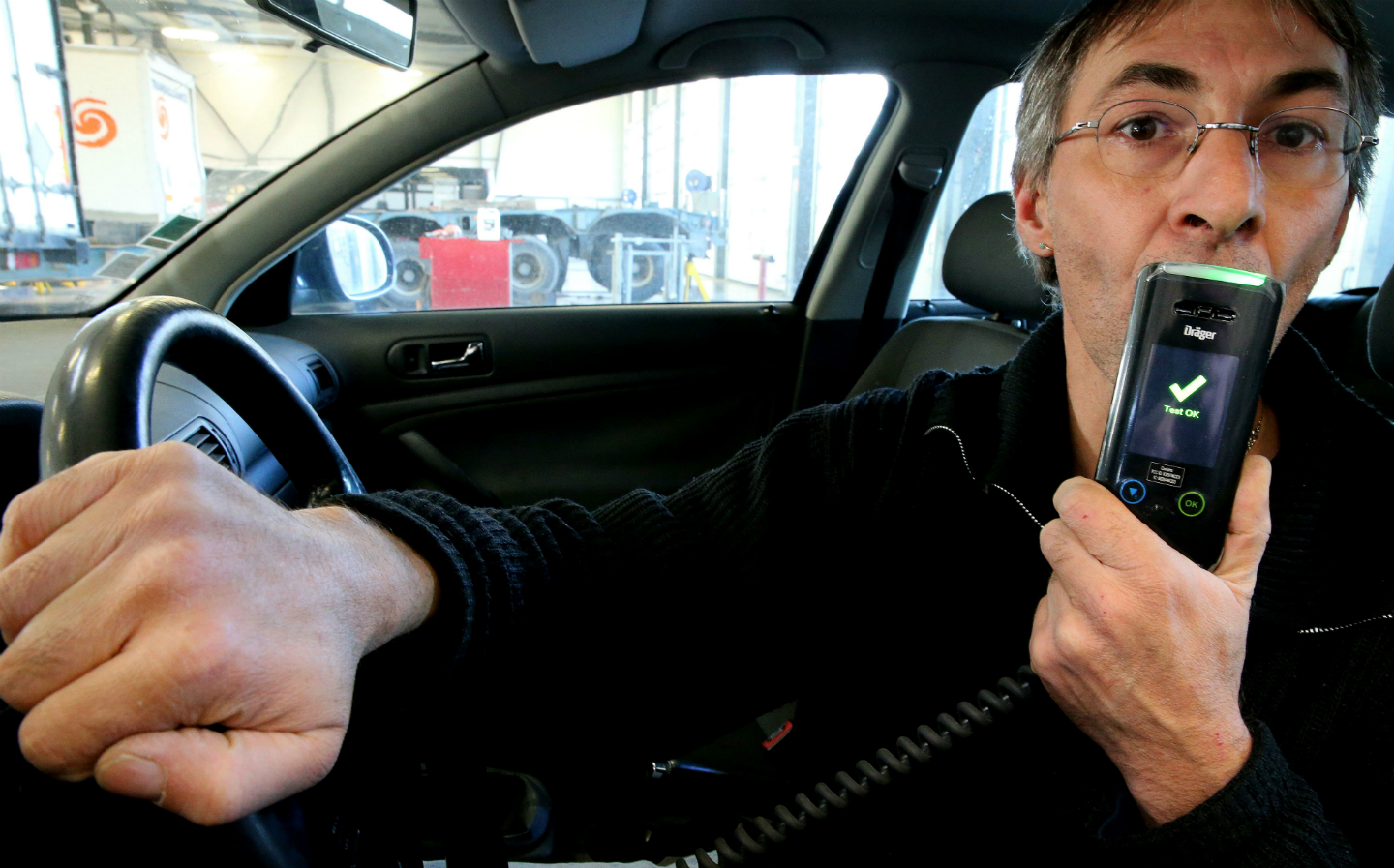 LEGISLATORS in Spain are currently discussing a road-safety proposal which could see alcohol interlocks introduced on buses and lorries from next year.

Alcohol interlocks require the driver to blow into an electronic device which prevents the vehicle from being started if it detects that the driver’s breath contains an alcohol level above a specific pre-set limit. The aim is to prevent the driver from driving while alcohol-impaired. Drink driving is a major factor in thousands of road deaths across Europe every year, including over 200 per year in the UK.

Alcohol interlocks are not a new idea with France already requiring them on all buses, though the Spanish proposal to extend that to HGVs would be more far-reaching.

In 2019, the European Union mandated the fitment of a standard connection for an alcohol interlock on all new cars, vans, lorries and buses sold from 2024. That doesn’t mean that all new vehicles will come with an alcohol interlock — it just means that they can be potentially retrofitted should the driver be involved in a drink driving rehabilitation programme, something many European countries already offer.

The UK government considered introducing such a system in 2019 but to date it hasn’t been implemented.

Belgian law, for example, says that with first offenders caught with a blood alcohol content (BAC) above 0.8g/litre, a judge can order an alcohol interlock installed on the offender’s car. For those caught with a BAC above 1.8g/litre, the judge is obliged to order the interlock to be installed for up to three years. The offender must pay for the cost of the installation.

France currently operates a similar system whereby those caught with a BAC above 0.8g/litre can opt for a one-year installation of an interlock in lieu of a license suspension. The purchase and installation is at the offender’s expense and costs £1,100 in addition to €100 (£84.47) rental per month.

In Sweden, those convicted of drink driving and with a BAC of between 0.2g/litre and 0.9g/litre can apply to enter a rehabilitation programme for one year which sees an alcohol interlock fitted to their car instead of a driving ban. Repeat offenders and those caught with a BAC over 1g/litre can enter a two-year programme. The cost for one year is between £1,690 and £2,300, meaning, thus, that a two-year programme is more costly still. 30% of drink driving offenders entered the alcohol interlock programme, with 83% completing it.

Other European countries such as Italy, Austria, Denmark, Finland, Lithuania, and Poland also have alcohol interlock programmes that convicted drink drivers can opt for instead of suspending their licenses. All 50 of the United States also have interlock laws on their statute books. 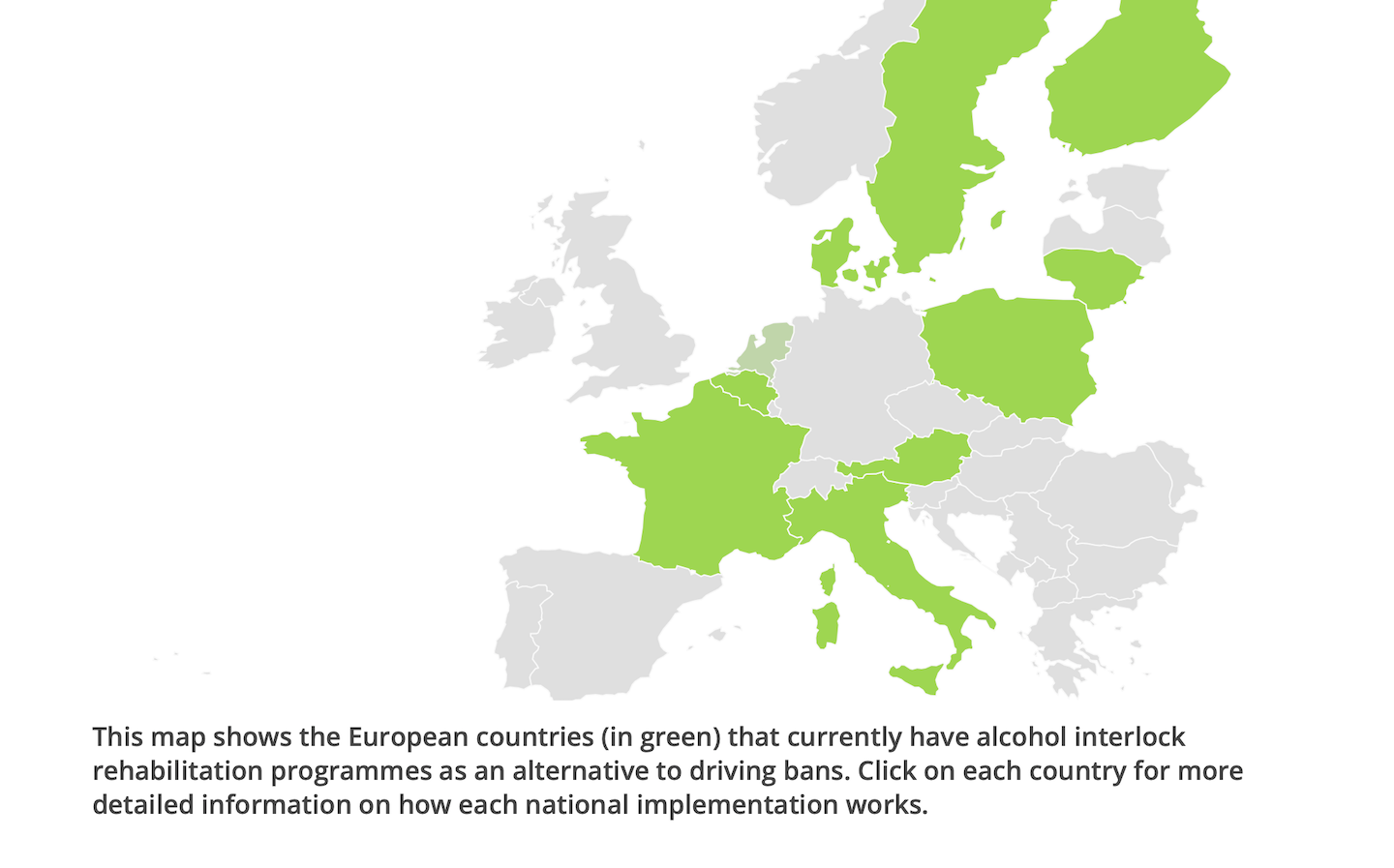 How do alcohol interlocks work?

The technology behind alcohol interlocks is rather interesting. In simple terms, the devices use ethanol-specific fuel cells to turn small amounts of alcohol into an electric current. If there’s alcohol in the driver’s breath, the fuel cells can generate current and the higher the level of alcohol, the higher the current. By measuring the current, the device can calculate whether the driver is over the legal limit or not and interrupt the pathway between the ignition and the starter if it finds the driver to be drunk.

Though many will surely bristle at the civil liberties implications of universal alcohol interlocks, a study published in the American Journal of Public Health in 2015 indicated that installing alcohol interlocks in every vehicle in the United States could save 60,000 lives over fifteen years.

Earlier this year, a report by the UK’s Parliamentary Advisory Council for Transport Safety said that, following submission from various expert groups, the introduction of “alcolocks” in the UK would positively impact road safety. A survey of 2,000 people by the road safety charity IAM Roadsmart also revealed that 90% of respondents supported the idea of the devices for use in alcohol rehabilitation programmes.

“Worldwide, integrating technology, such as alcolocks, with rehabilitation courses, has been shown to be the most effective way to stop drink drive reoffending and reduce crashes.”