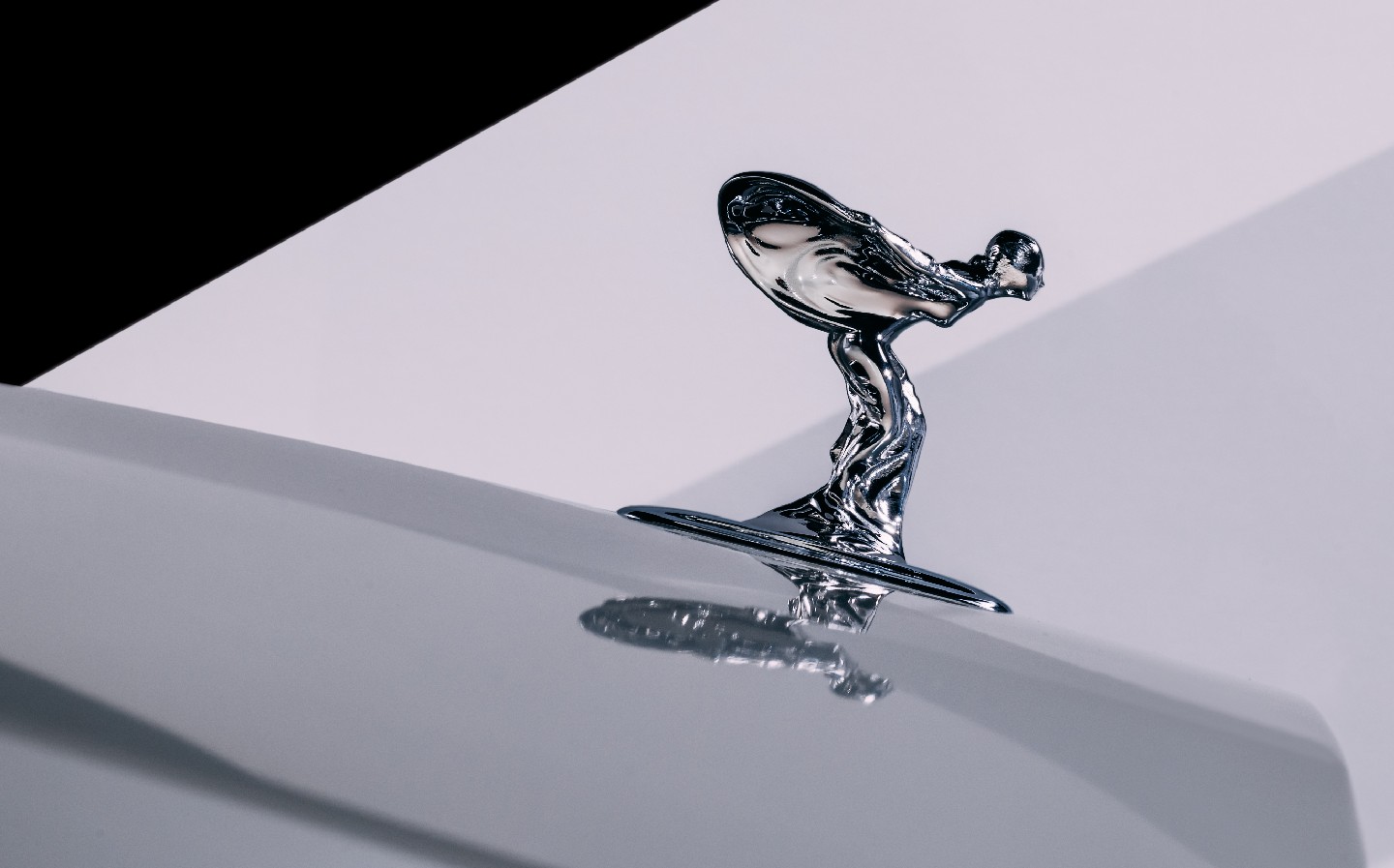 ROLLS-ROYCE has reimagined the Spirit of Ecstasy, the mascot that has adorned the bonnets of the luxury brand’s cars since it was registered 111 years ago today, to give it a more aerodynamic shape ahead of the launch of Rolls’ first electric car.

The Flying Lady has been redesigned with a lower stance and her billowing robes have been subtly altered to reduce drag through the air.

Now standing at 82.73mm tall, down from 100.1mm, the Spirit of Ecstacy has adopted a more dynamic stance with one leg forward and body tucked low, which has, Rolls-Royce said, made a useful contribution to the overall aerodynamics of the Spectre electric car, which is expected to be launched in 2023.

The new figurine, which will also appear on all future Rolls-Royce models, was designed using computer modelling, helping to create the mascot’s “elegant lifelike facial features, as well as her expression which deftly combines focus and serenity”.

Stylists were consulted for advice on the mascot’s hair, clothes, posture and expression in order to give her a more contemporary look, according to Rolls-Royce.

All examples of the new figures are set to be (as they currently are) made by a technique known as “lost wax casting”, with each one being finished by hand, meaning that every example of the Spirit of Ecstasy is slightly different.

“The Spirit of Ecstasy is the most famous and desirable automotive mascot in the world,” claimed Torsten Müller-Ötvös, Rolls-Royce’s CEO. “More than just a symbol, she is the embodiment of our brand, and a constant source of inspiration and pride for the marque and its clients.

“Like our brand, she has always moved with the times by staying true to her nature and character. In her new form, she is more graceful and streamlined than ever before — the perfect emblem for the most aerodynamic Rolls-Royce ever created, and for gracing the prow of our bold electric future.”

History of the Spirit of Ecstasy

The earliest Rolls-Royce cars didn’t feature a mascot at all, but when John, 2nd Baron Montagu of Beaulieu commissioned his friend, the sculptor Charles Sykes, to sculpt a mascot for the grille of his 1909 Silver Ghost, the model chosen was Montagu’s secretary and mistress, Eleanor Thornton (above).

Sykes created a small sculpture known as “The Whisper” (below), which Montagu affixed to the top of his car’s radiator grille.

By 1910, Claude Johnson, Rolls-Royce’s managing director was becoming displeased by owners attaching “inappropriate” grille ornaments to their cars, and so decided to commission Sykes to create a more dignified figure for future use by the company.

Sykes modified The Whisper to create what he later described as: “A graceful little goddess, the Spirit of Ecstasy, who has selected road travel as her supreme delight and alighted on the prow of a Rolls-Royce motor car to revel in the freshness of the air and the musical sound of her fluttering draperies.”

Having presented the mascot to Rolls-Royce in February, 1911, it was subsequently adopted by the company.

Sadly, Eleanor Thornton was killed in 1915 when the P&O steamer SS Persia, on which she was travelling with Montagu, was torpedoed by a German U-boat off the coast of Crete. Initially thought lost, Montagu was recovered alive some days later, clinging to a life raft.

From 1911 to 1914, the Spirit of Ecstasy emblem was silver-plated, but, as too many were being stolen, the material changed to nickel or chrome, although gold-plated versions became available from around 1920 at a significant extra cost.

In 1934, Rolls-Royce again commissioned Sykes to modify the mascot, creating a lower, more aerodynamic figure for the company’s newest saloons to reduce the impediment to the driver’s view of the road. The kneeling version of the Spirit of Ecstasy (below) lasted until 1953 whereupon it was replaced by a smaller version of the original 1911 figure.

Since 2003, the mascot has been made from polished stainless steel and is retractable in order to both deter theft and to protect the safety of anyone accidentally hit by the car. Gold plating and illuminated frosted crystal versions have also been available as optional extras.

The latest version featuring a lower, more dynamic stance, stands at just over 3in tall in contrast to the 1911 version’s statuesque 7in.