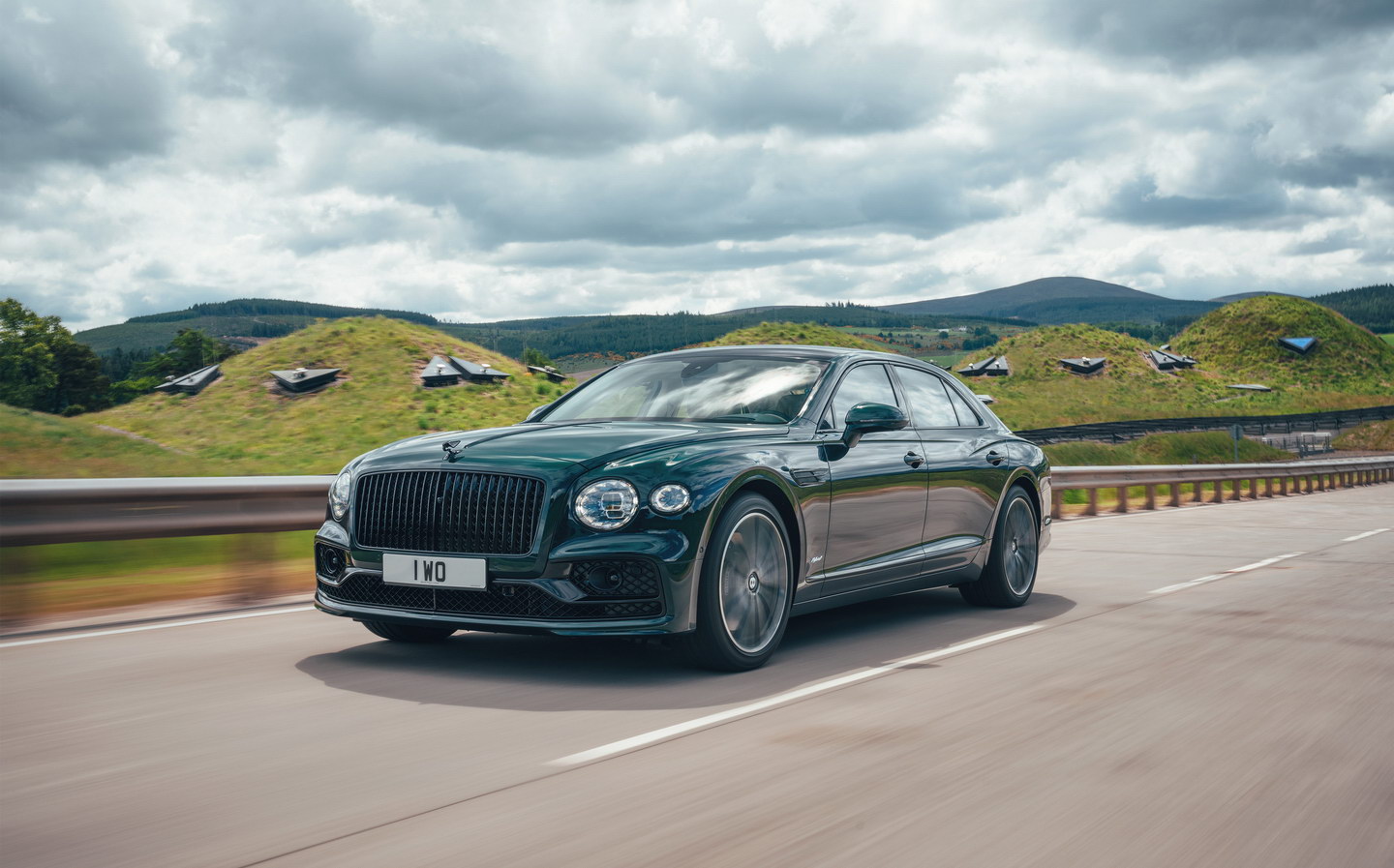 BENTLEY is expanding its offering of electrified cars by introducing the Flying Spur Hybrid, a plug-in hybrid version of its luxury saloon.

The arresting four-door saloon is only visually differentiated by a small ‘Hybrid’ badge aft of the front wheel and the provision of a second flap on the rear passenger side for the battery charge port. 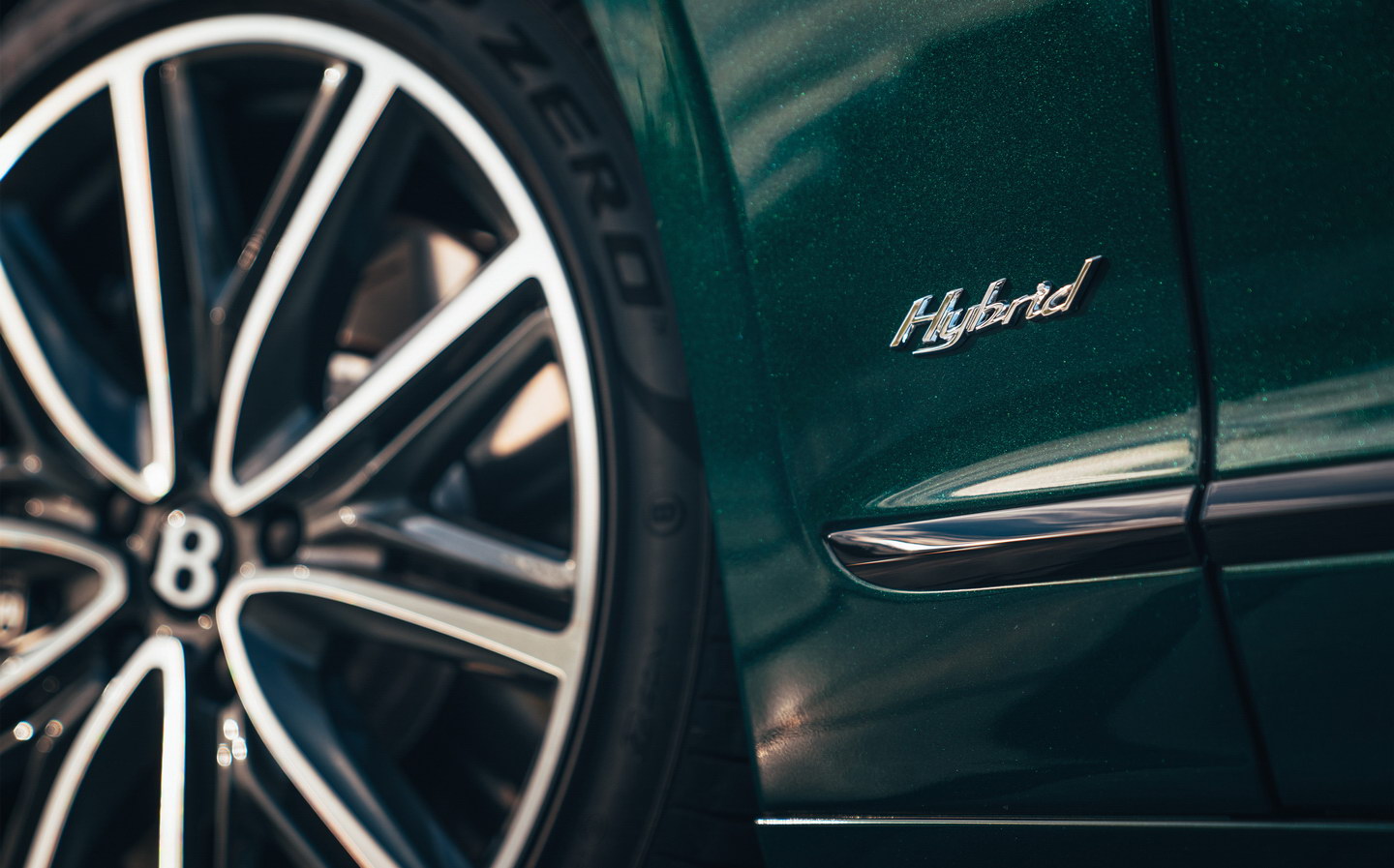 A set of quad oval tailpipes at the rear ape the look of the V8, while buyers will enjoy a healthy choice of specification options, including up to 22in wheels and more than 60 exterior colours.

Nestled within the chassis is a 14.1kWh lithium-ion battery that, when fully charged, is capable of propelling the Bentley for more than 24 miles, according to the WLTP test. A full recharge takes as little as two and a half hours using a wallbox. 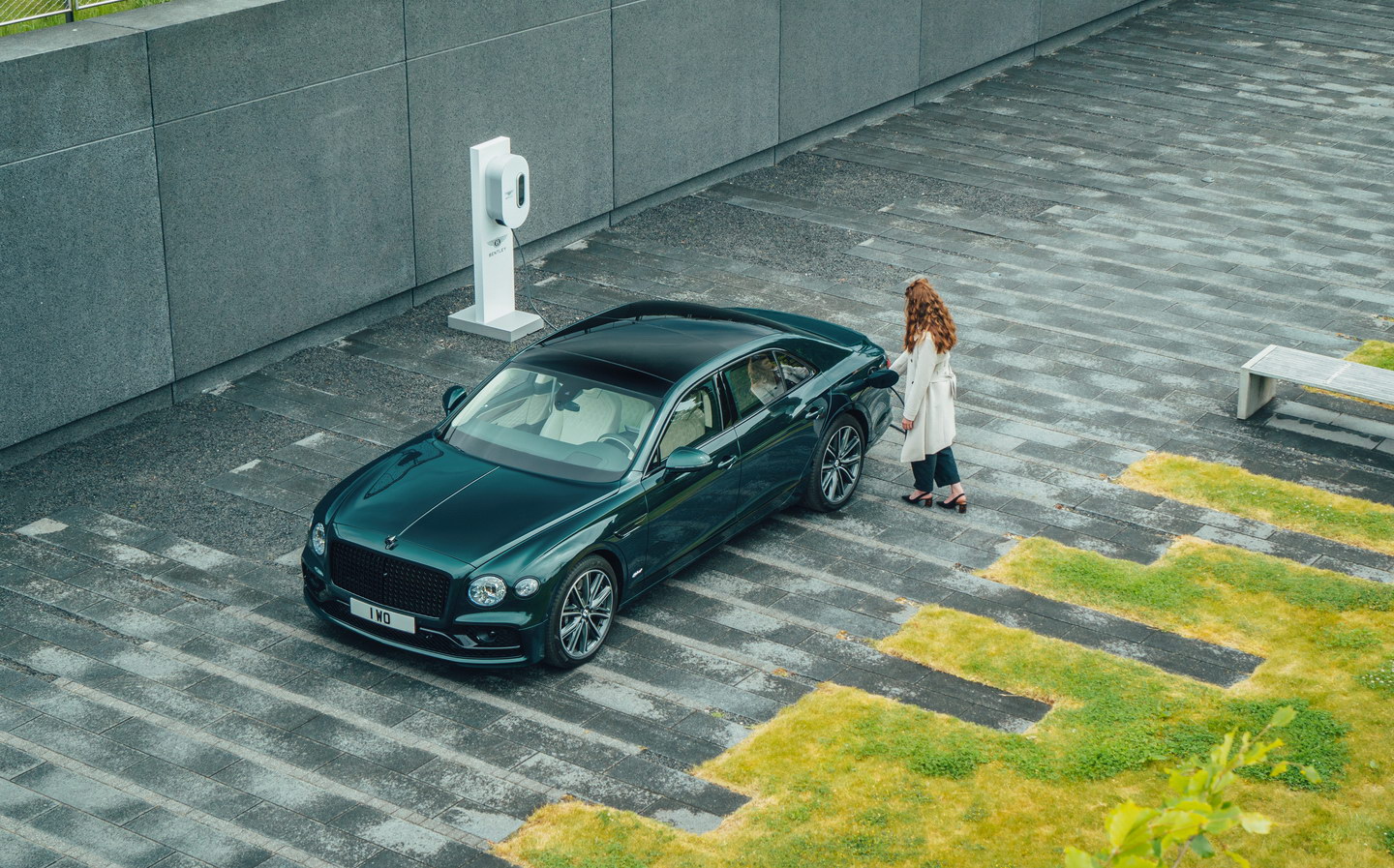 The combination of a 134bhp electric motor sandwiched between the engine and transmission can deliver 295 lb ft of torque instantaneously for stealthy acceleration. In combination with the 410bhp 2.9-litre V6 engine, the Flying Spur Hybrid can go from 0 to 60mph in 4.1 seconds, only a tenth of a second slower than the Flying Spur V8. 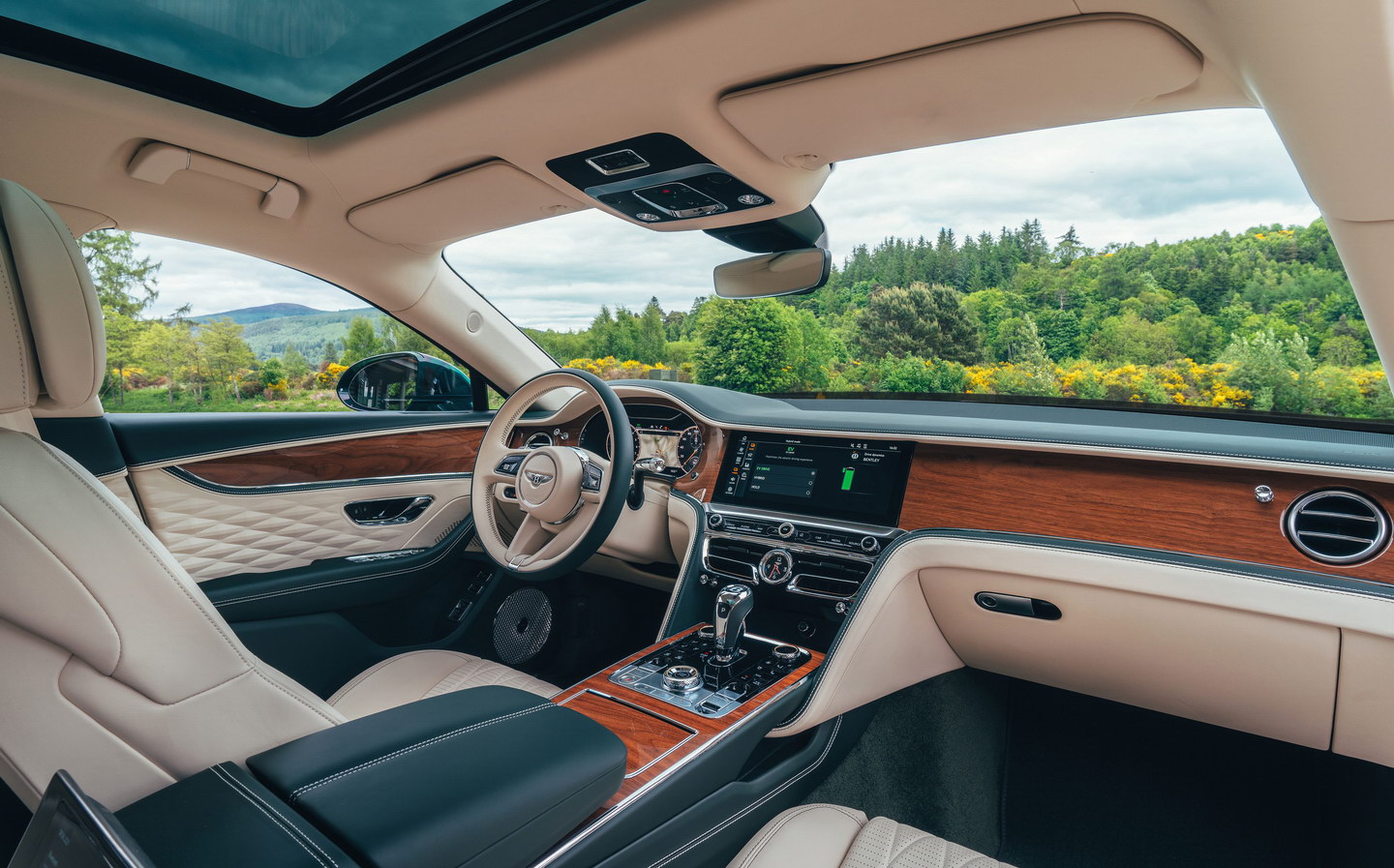 In a similar layout to the larger capacity V8 engines in Bentley’s other models, the V6 features a compact design that places the twin-scroll turbochargers and primary catalytic convertors within the V of the engine. This approach results in better thermal management, according to Bentley, thus minimising emissions.

Combined, the plug-in hybrid system generates a total of 536bhp and 553 lb ft and is capable of covering more than 430 miles between stops, making it the most efficient Bentley yet. 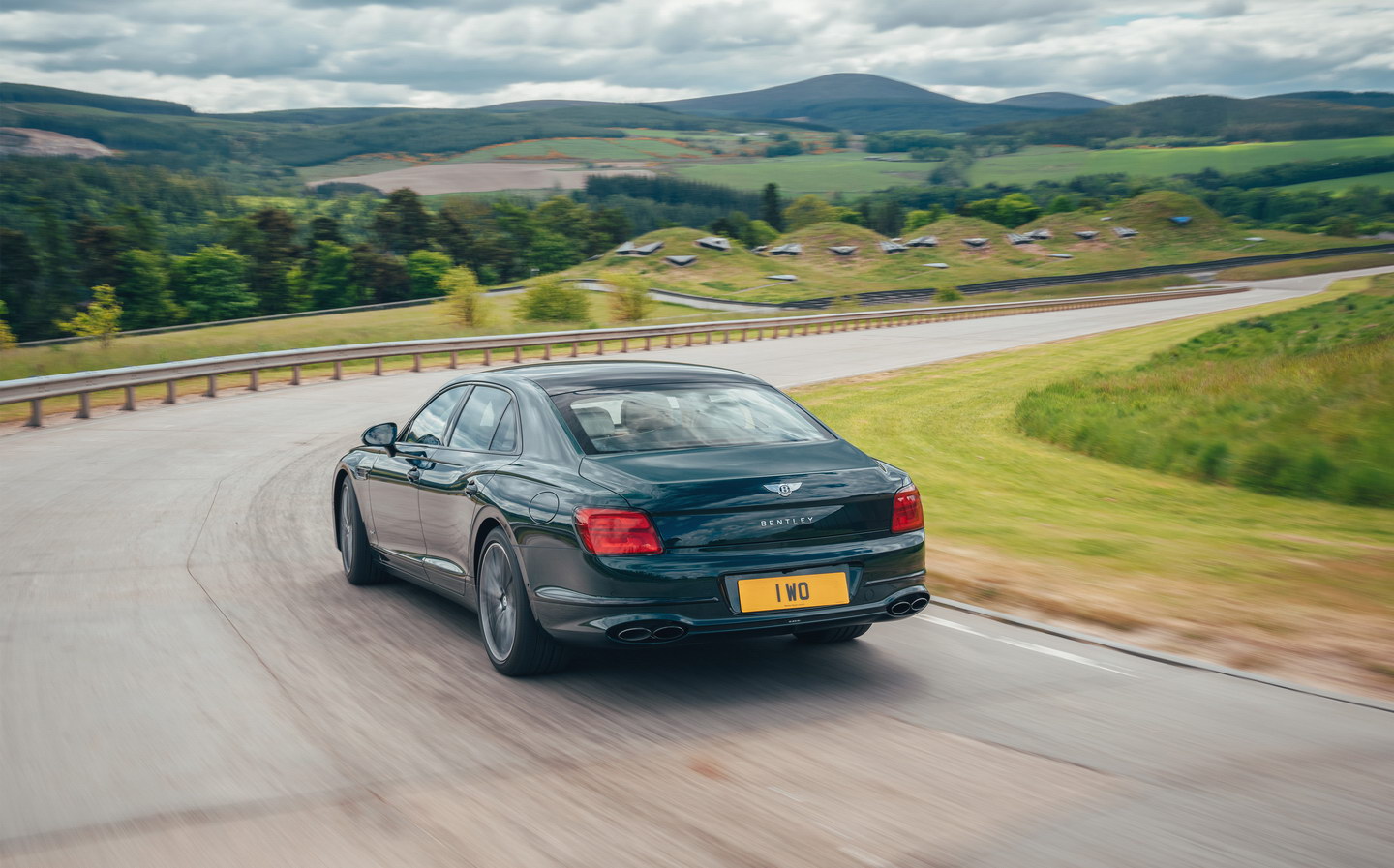 When the car starts, it does so in EV mode by default to maximise the car’s efficiency and minimise local emissions. There are three different drive modes to choose from, with a Hybrid mode that works with data from the navigation system to help optimise fuel consumption and emissions during a journey.

The Bentley can also hold a certain battery level if it recognises that you will be driving (or be driven) into a Ultra-low Emissions Zone, ensuring that this portion of the journey can be completed using only electric power. 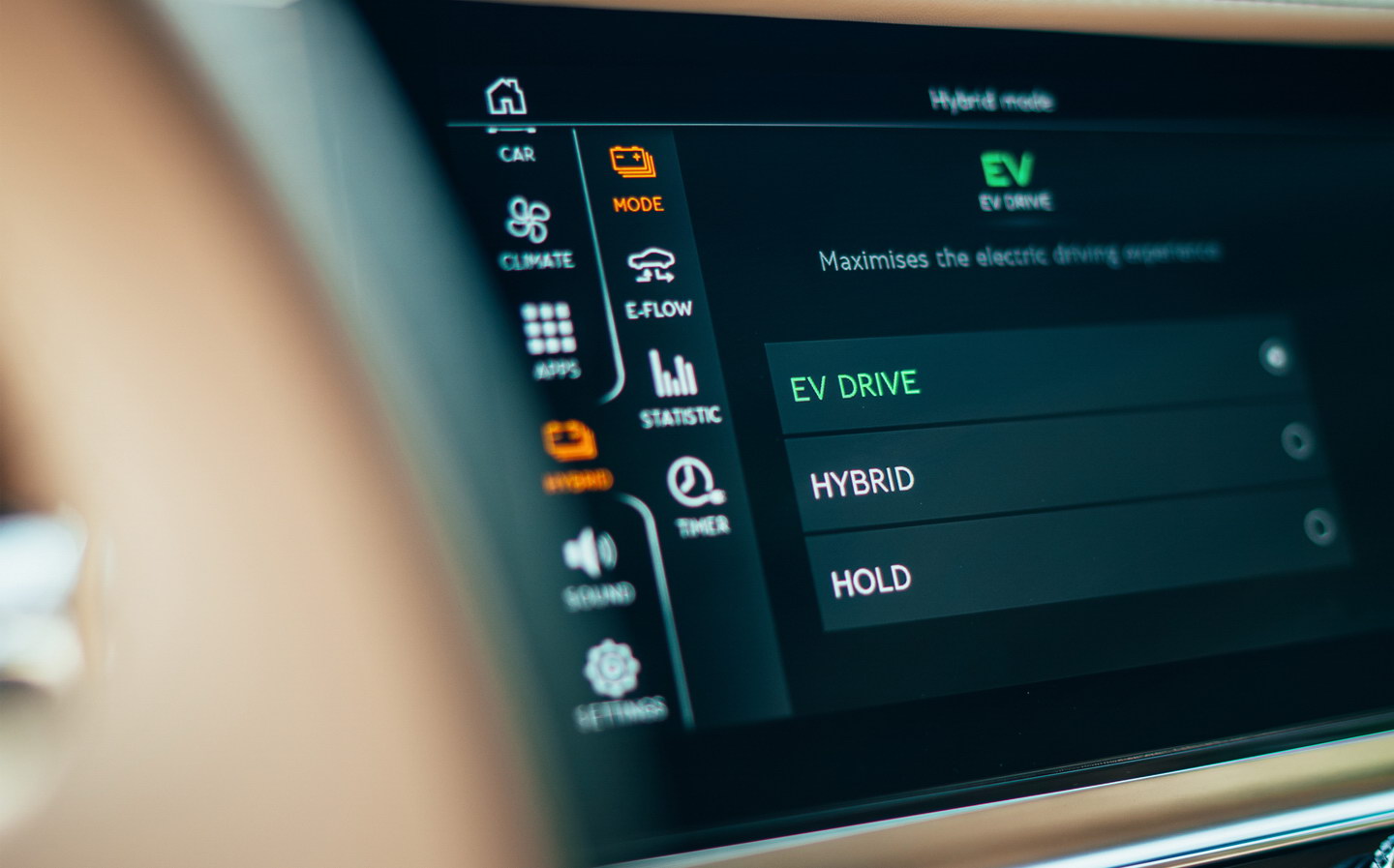 As with any other hybrids, the flow of energy and charging data can be monitored on the infotainment display, while the My Bentley app allows owners to remotely access the car to initiate battery charging or preset the cabin’s temperature before getting in (known as “pre-conditioning”). 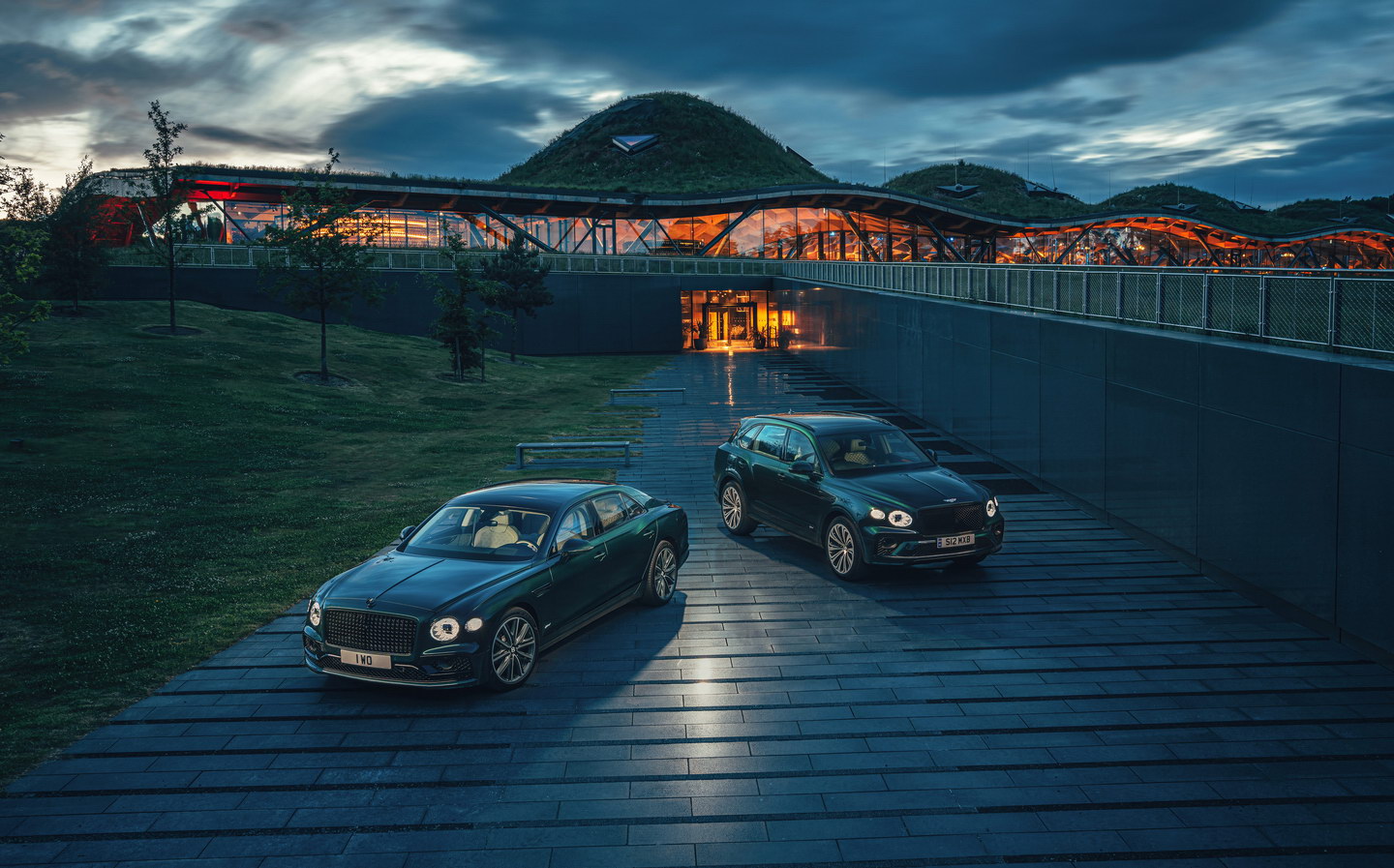 The debut of the Flying Spur Hybrid took place at The Macallan Estate to coincide with a new partnership between the luxury manufacturer and renowned Scotch whisky producer. Both companies are doubling down on their respective efforts for increased sustainability and, alongside product collaborations, will share expertise and create new experiences for customers.