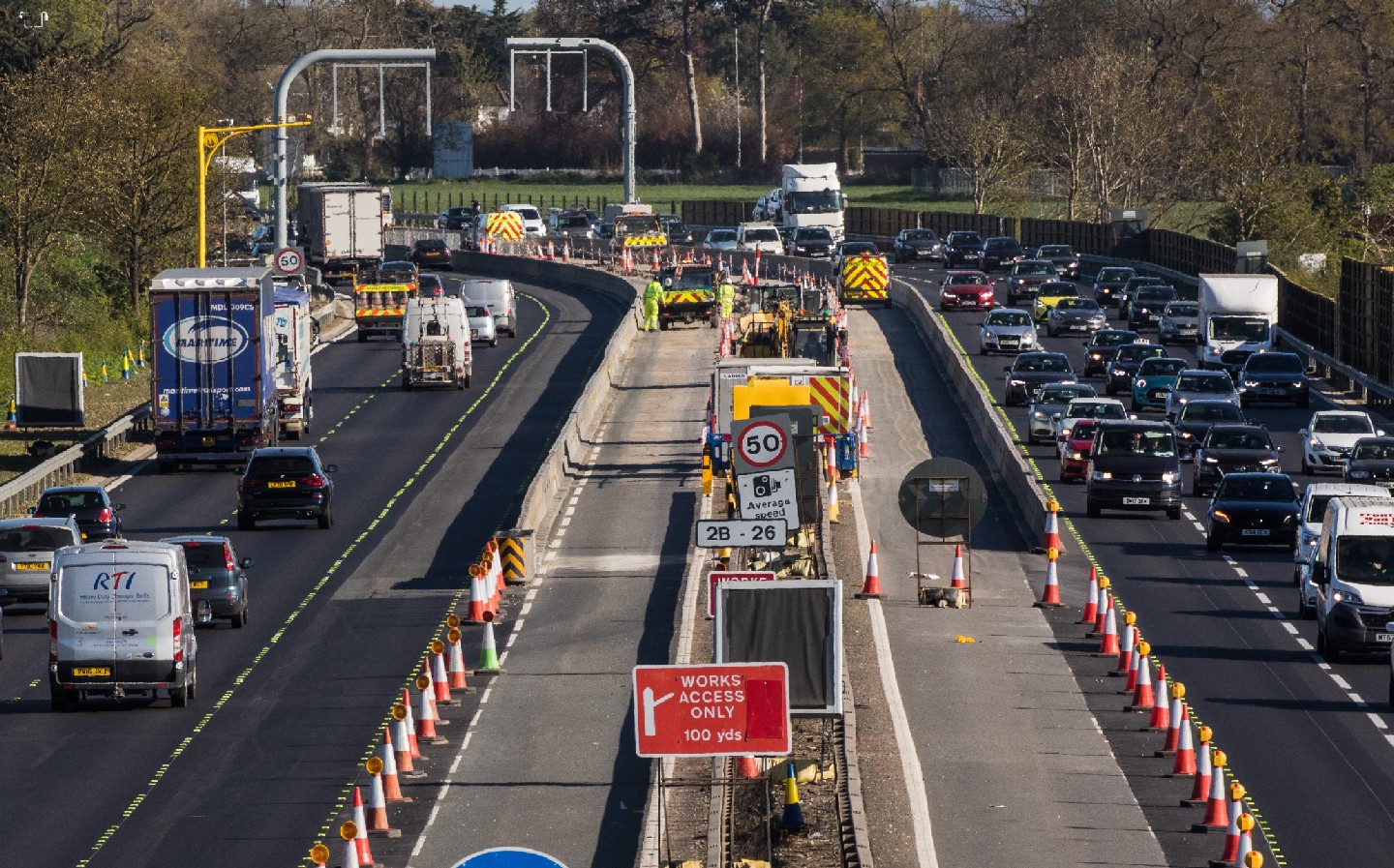 National Highways has written to construction companies asking them to outline the anti-fraud practices they have in place after it found £320,000 worth of central barrier metal, used during the construction of a smart motorway, went missing.

The letter mentioned “an increase in the number of allegations of potential fraud or impropriety raised with us,” with fears that central barriers have been sold as scrap metal being just one of the potential issues.

It comes on the back of the conclusion of an investigation into the activities of a joint venture between the companies Costain and Galliford Try, both of which are working on the construction of the M1 smart motorway scheme between Junctions 13 and 16, a project that is due to finish next year.

The scheme for the construction of the stretch of smart motorway between Milton Keynes and Northampton was awarded to the joint venture with an agreed budget of £297m; this has since ballooned to £453m.

The National Highways investigation cleared both companies of “inappropriate activity” and said it “could not prove, beyond reasonable doubt, that criminal activity had taken place”. However, it has urged companies engaged in government-funded roads projects to provide assurance to the agency of their efforts to combat potential fraud and theft, and said that it was undertaking a review into the checks that the companies have in place.

The letter from Malcolm Dare, the director responsible for procurement at National Highways, was sent last week according to The Daily Mail and said that that “several recent audits” had suggested “potential weaknesses or poor practices being applied” in relation to preventing potential examples of impropriety by contractors.

Among the possible crimes listed by Dare were claims being lodged for work that were higher than the actual cost in the hope they would be approved unnoticed. He also spoke of certain suppliers being possibly favoured, including possible bribery, and the creation of fake workers and machinery claimed, “at either the sub-contract or main contract level.

Other potential problems included submitting claims based on “false records”, with “irregularities” in staff costs and timesheets, as well as “colluding with labour suppliers when agreeing rates” to inflate costs.

“In light of recent high-profile cases, and to provide additional assurance to the National Highways CEO, executive and board,” the letter said, “we are undertaking a review of the checks that are in place [among contractors] . . . to minimise the threat of economic crime.”

An investigation into the Costain Galliford Try (CGT) joint venture was launched by National Highways’ anti-fraud department after multiple accusations were levelled between September 18, 2020 and February 2, 2021, each alleging wrongdoing on the project.

In addition to failing to find definitive evidence of theft in relation to the missing metal, National Highways was similarly unable to substantiate whistle-blowers’ allegations of the use of ghost workers, bribery or business favours.

As reported by Construction Inquirer in January, in the final report on the matter, investigators did raise several concerns that “presented an increased risk of fraud and further possible accusations of bribery or corruption” if not addressed.

These included poor contract management in relation to escalating costs, a lack of record-keeping supporting key decisions during a live procurement and a failure to sufficiently validate ongoing subcontractor costs throughout the life of the project. The investigators also red-flagged a lack of governance around single-source procurement decisions.

Responding to the report, CGT issued a statement saying that both National Highways’ and its own internal investigation found no connection between any of the allegations and the increased costs of the M1 smart motorway project.

“Any inference that the two are connected in any way or that the alleged activities that were under investigation have incurred a cost to the taxpayer is incorrect,” a spokesperson for the company said.

“Project scopes can evolve as was the case here, and those changes have the support of all parties involved.”