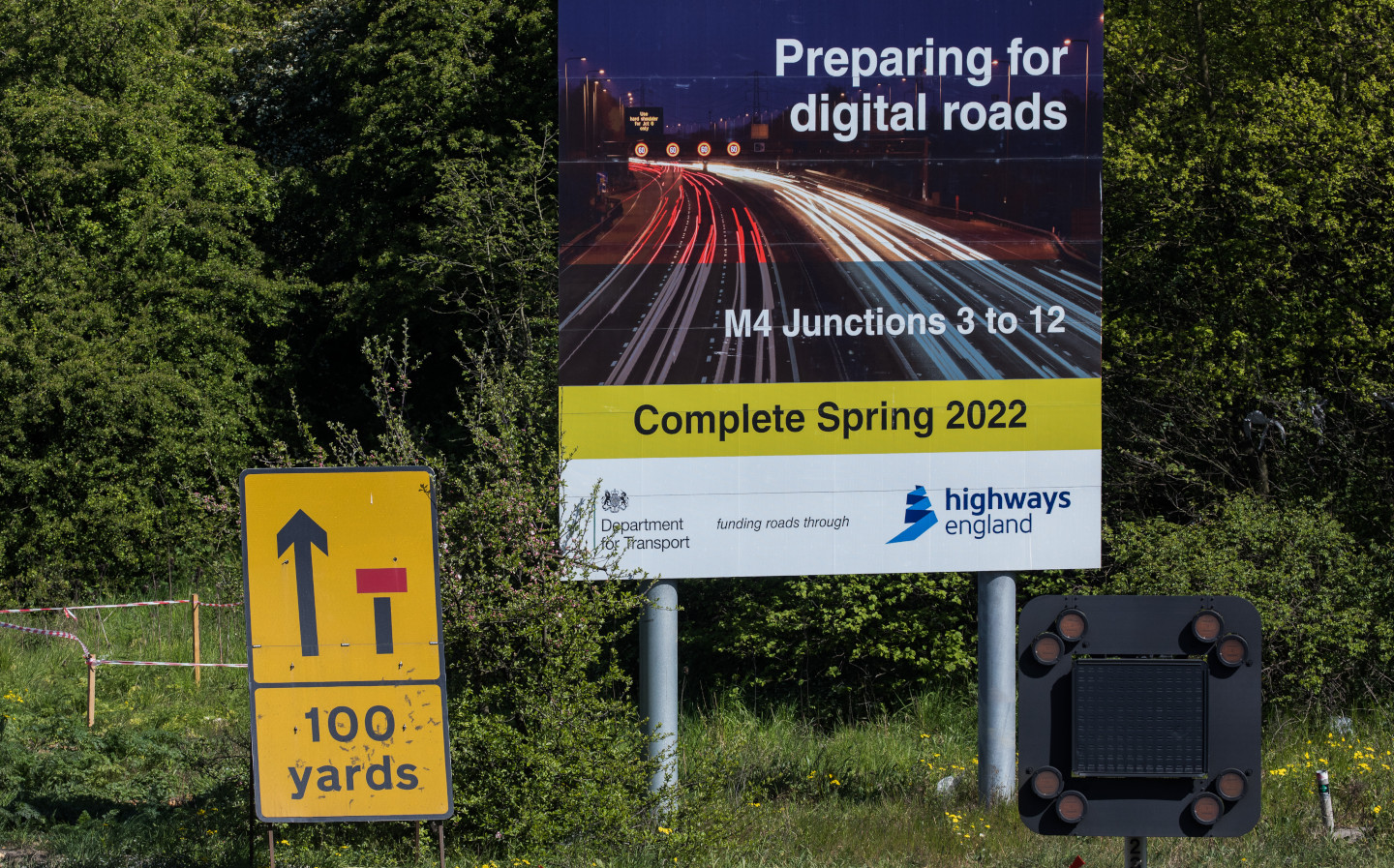 REINSTALLING hard shoulders on smart motorways may cause at least 25 extra road deaths per year, according to a government minister.

Transport minister Baroness Vere told MPs that Department for Transport (DfT) analysis had found reinstating permanent hard shoulders would cause an extra 25 deaths and 224 serious casualties annually, as well as increasing congestion due to a reduction in motorway capacity.

She told the Commons transport committee yesterday that she was “not convinced” that it is necessary to reinstall the empty lanes, which allow drivers to pull over to a non-running lane at the side of the motorway in the case of an emergency.

“I will always keep an open mind but I have not seen the evidence that justifies such drastic solutions,” she said.

She also admitted that there is a chasm between the government’s stance on smart motorways and that of the public. “There is a gap,” she said. “We have been working very hard to close it. I will say that we probably need to work a little harder on getting advocates and presenting the evidence.”

The government maintains that smart motorways are safer and more efficient than traditional motorways. Transport Secretary Grant Shapps has said that they “reduce the disruption and destruction which would otherwise be needed to widen our busiest roads,” and has said that safety is ensured by a network of cameras that monitor traffic flow.

However, Baroness Vere admitted yesterday that the CCTV cameras were “not always monitored” by Highways England officials.

Her comments have provoked backlash from anti-smart motorway campaigners. Claire Mercer, whose husband Jason was killed on a smart motorway two years ago, told The Times: “These figures are just rubbish. I’d love to see the maths because I don’t believe they can simply make this assumption when it comes to the hard shoulder. It’s biased guesswork.”

MPs on the transport committee also criticised the government’s lack of urgency in installing radar technology designed to pinpoint broken-down vehicles and adjust overhead gantries dictating lane closures. Huw Merriman, the Conservative MP for Bexhill and Battle in East Sussex and chair of the committee, said that government response to public concerns was “not good enough”.

The government announced in April that all future smart motorways will have the radar technology, as part of an effort to make the public feel safer on the highways. The transport committee is currently carrying out a review of smart motorways.

Announcing the investigation, Merriman said: “There are genuine worries about this element of the motorway network and we want to investigate how we got to this point.”

Around 400 miles of the UK’s motorway network have been turned into “all-lane running” (ALR) smart motorways, which eliminate the hard shoulder in favour of having an extra active lane. Speed limits and lane closures are governed by overhead gantries, while emergency refuge areas are located at regular intervals (1.55 miles apart as standard) for drivers in distress to pull into.

It is illegal to drive in a closed lane, which are marked with a red “X” by gantries, though a lack of working enforcement cameras means that many motorists have gone unpunished for the offence.