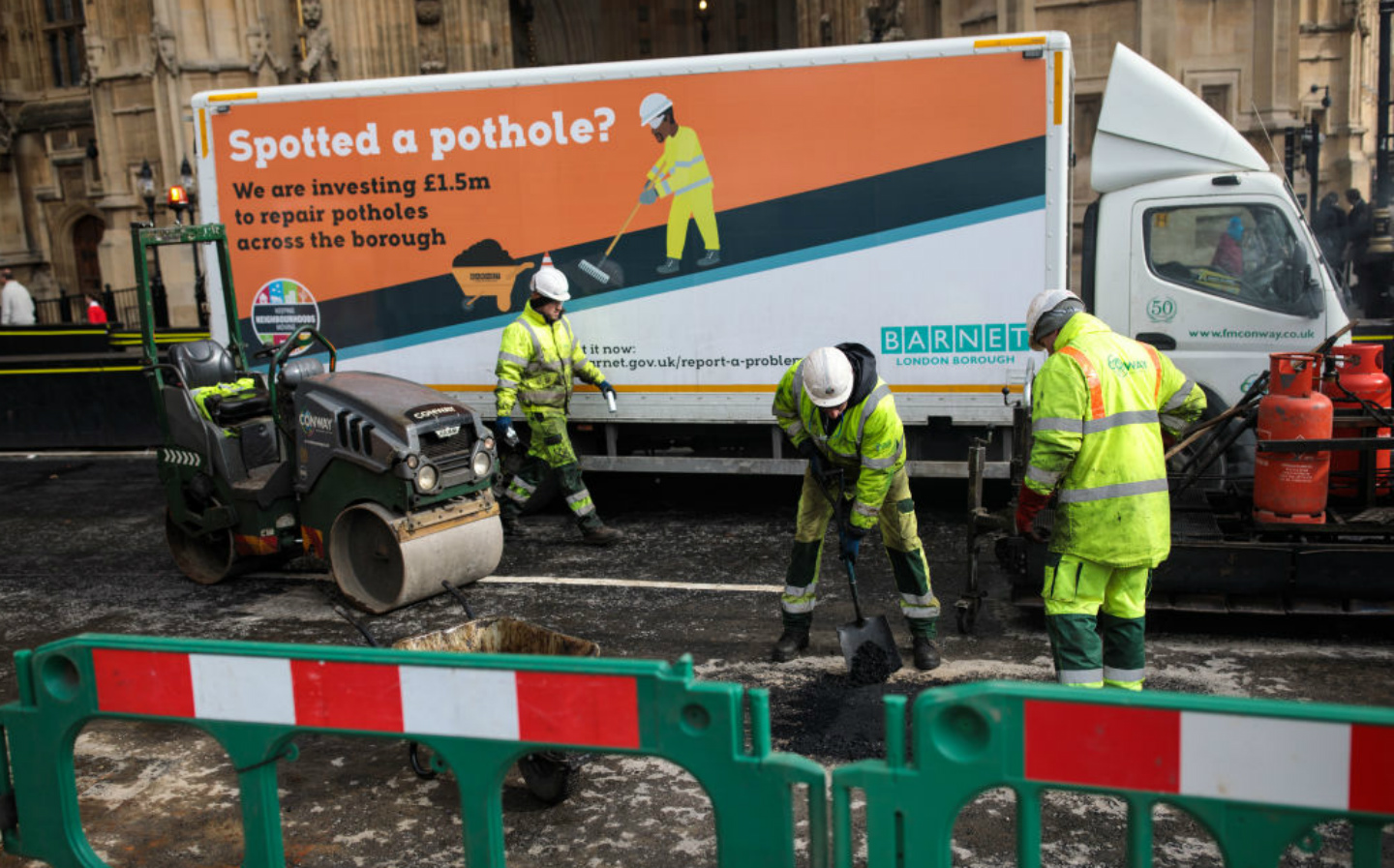 NEARLY 25,000 miles of Britain’s roads have been issued with a red alert, meaning they will become dangerous by the end of the year if repairs aren’t carried out.

Feedback from cash-strapped councils has revealed the crumbling state of roads across England and Wales.

The red alert status is growing, as the number of potholes being filled has been dropping since 2015.

If repairs aren’t carried out within a year to those roads slapped with a red alert, experts from the Asphalt Industry Alliance say they will become dangerous for drivers to use.

As concerning, a staggering 40,000 miles of road network could become unfit for use within five years, as their condition deteriorates and they fall into the red alert category.

The report says councils define a pothole as a hole with a depth of 40mm or more.

We used to drive on the left, we now drive on “what’s left!”. #potholes #highways pic.twitter.com/IxPe8OrKw0

Driving.co.uk reported the saga of Scott Nichols, who was left with no choice but to take his claim against Peterborough council to the small claims court. He described the council as having an obnoxious attitude: “They threw everything they could to try and get out of paying out. They even tried to say a supercar shouldn’t be on the road.”

Driving.co.uk reported on a the case of a Ferrari driver, whose sports car hit such a severe pothole that it triggered the car’s passenger airbag and suffered wheel and suspension damage.

The backlog of road repairs is now estimated to stand at 14 years and would cost £9.3bn to complete.

The Annual Local Authority Road Maintenance survey is based on information from 60% of local authorities responsible for roads in England and Wales.

The Department for Transport says it has invested a record £296m to help fix potholes or stop them forming.