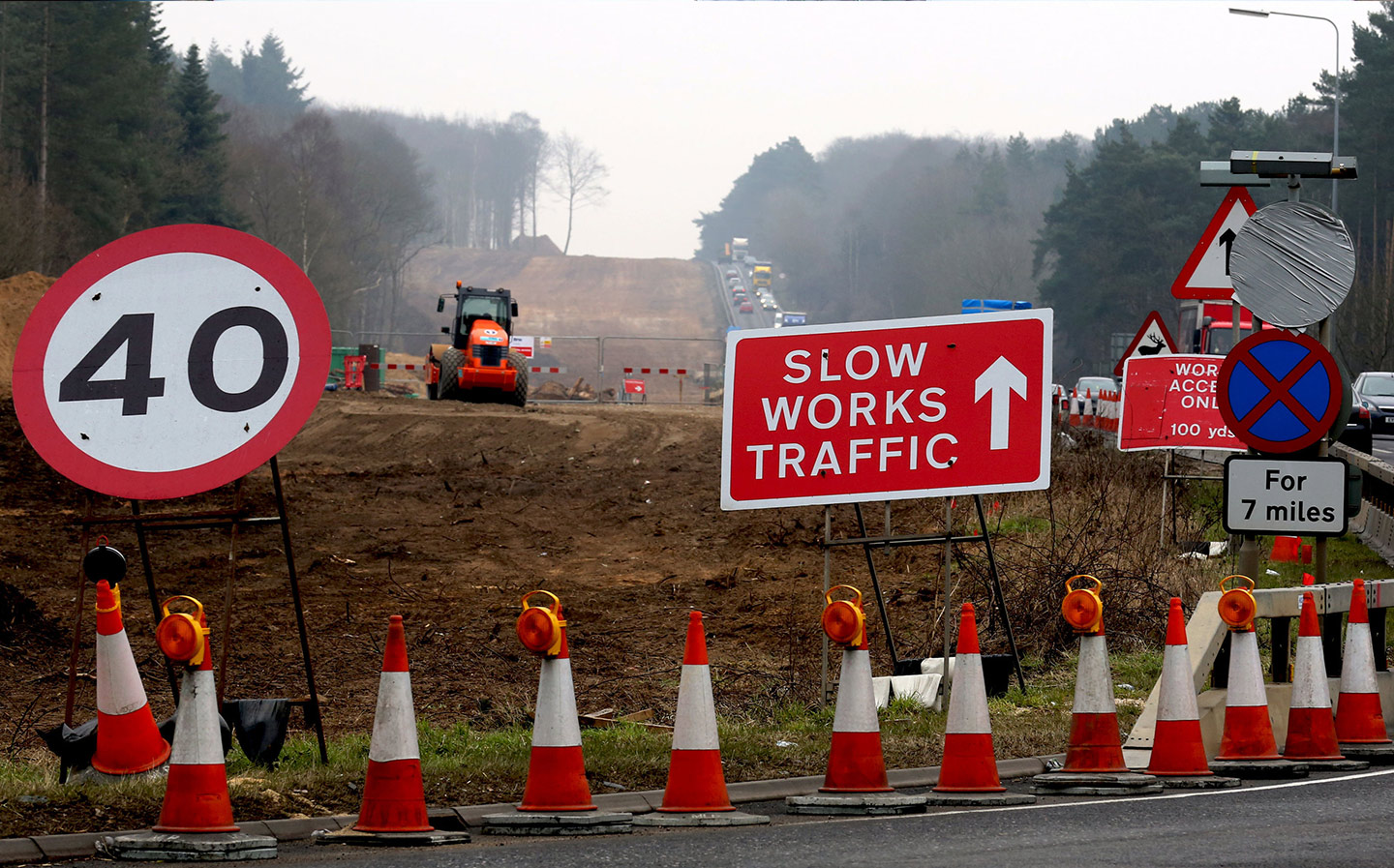 UTILITY companies have persuaded ministers to retreat from plans to impose fines on them for abandoning roadworks over the weekend after complaining about the “impact on staff”.

Motorists were promised action to reduce unnecessary restrictions during A-road improvements last year as ministers said they shared the frustration of being held up for no reason.

Two million roadworks take place each year, slowing traffic and placing a significant burden on the economy. In an effort to speed the repairs, utility companies and councils were warned that they could be fined up to £5,000 a day for so-called ghost roadworks at weekends.

In January last year Sir Patrick McLoughlin, who was then the transport secretary, said that roadworks projects needed to be carried out seven days a week, or restrictions such as temporary traffic lights should be lifted on Friday evenings. “These commonsense measures will be a welcome relief to those trying to get from A to B on our local roads,” he said.

Chris Grayling, his successor, has quietly dropped the plans to enforce seven-day repairs after a lobbying operation by utility companies. A Department for Transport (DfT) official said last month that the plans had been shelved after protests about the “potential costs of the proposals, some of the practicalities around implementation, and the impact on staff”.

The Local Government Association has justified unmanned roadworks. “Often works are left unattended for a very good reason,” a spokesman said last year. “These fines may mean we end up paying people to watch concrete dry because it is cheaper.”

Sally Kendall, head of street works policy at the DfT, said that ministers would hold a new consultation in the summer.

The disclosure that the fines had been shelved was made weeks after the biggest study of its kind found that Britain’s roads were the most congested in western Europe, costing the economy £31bn a year.

Edmund King, president of the AA, said: “This is a completely shortsighted decision. The best outcome for road users and the economy is to get roadworks done as quickly as possible.

“Millions of people suffer when roadworks overrun, through extra fuel use, delays and lost productivity. The costs aren’t just one way, and to put the views of local councils or utility companies above the whole driving population is the wrong decision.”

A spokesman for the DfT said: “We are committed to improving the way that roadworks are managed by local authorities and utilities companies. Following [the new] consultation, we will be going ahead with other more effective measures to reduce the impact of roadworks and to improve journeys for motorists and other road users.”

A source in the department said that measures to increase the speed of roadworks could include increasing “lane rental” charges paid by contractors for their time spent on the roads.