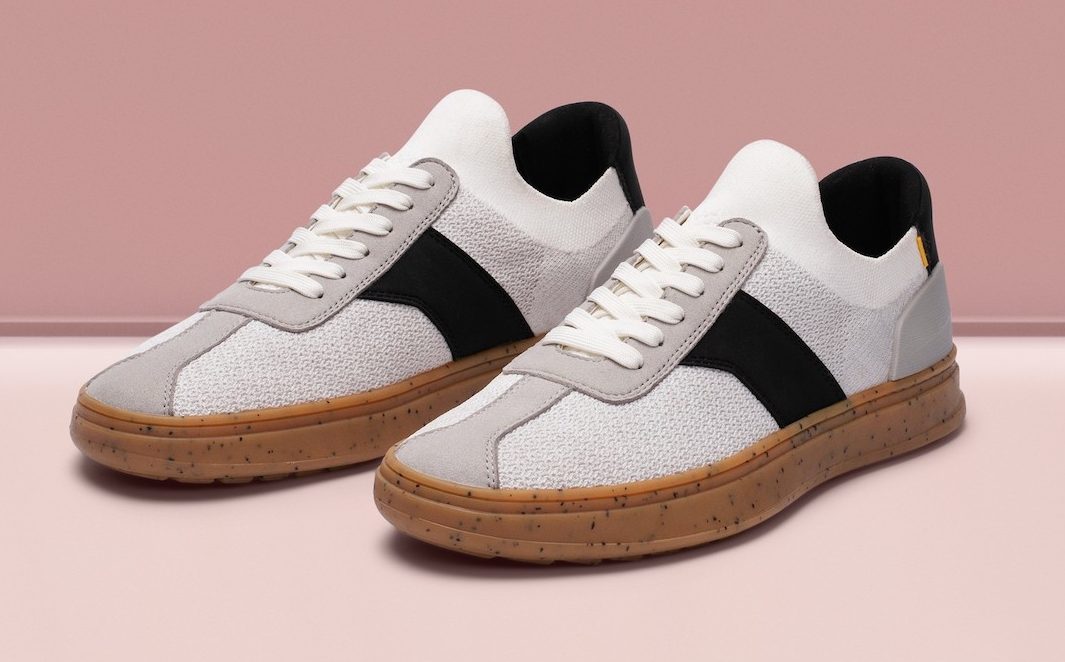 VOLVO has teamed up with Canadian shoe brand Casca to create a limited-edition eco-friendly pair of trainers to mark World Car Free Day on September 22.

The shoes, which are said to be inspired by Volvo’s electric XC40 Recharge model, feature “Scandinavian-inspired design” and construction from secondary, recycled materials.

Reflecting its origins, the Swedish flag is depicted on one shoe’s tag, with yellow on the other representing Casca.

The linework and panelling are inspired by the “Thor’s Hammer” headlights featured on the XC40 Recharge. While this aspect of the Volvo x Casca’s design isn’t immediately obvious, the similarity is much clearer when compared side-by-side.

The rubber soles are made from 10% recycled car tyres with the uppers from recycled plastic bottles, which were converted into a type of yarn to produce a “breathable, flexible knit”. By 2022, Casca says, all its uppers will be made from recycled or renewable materials. 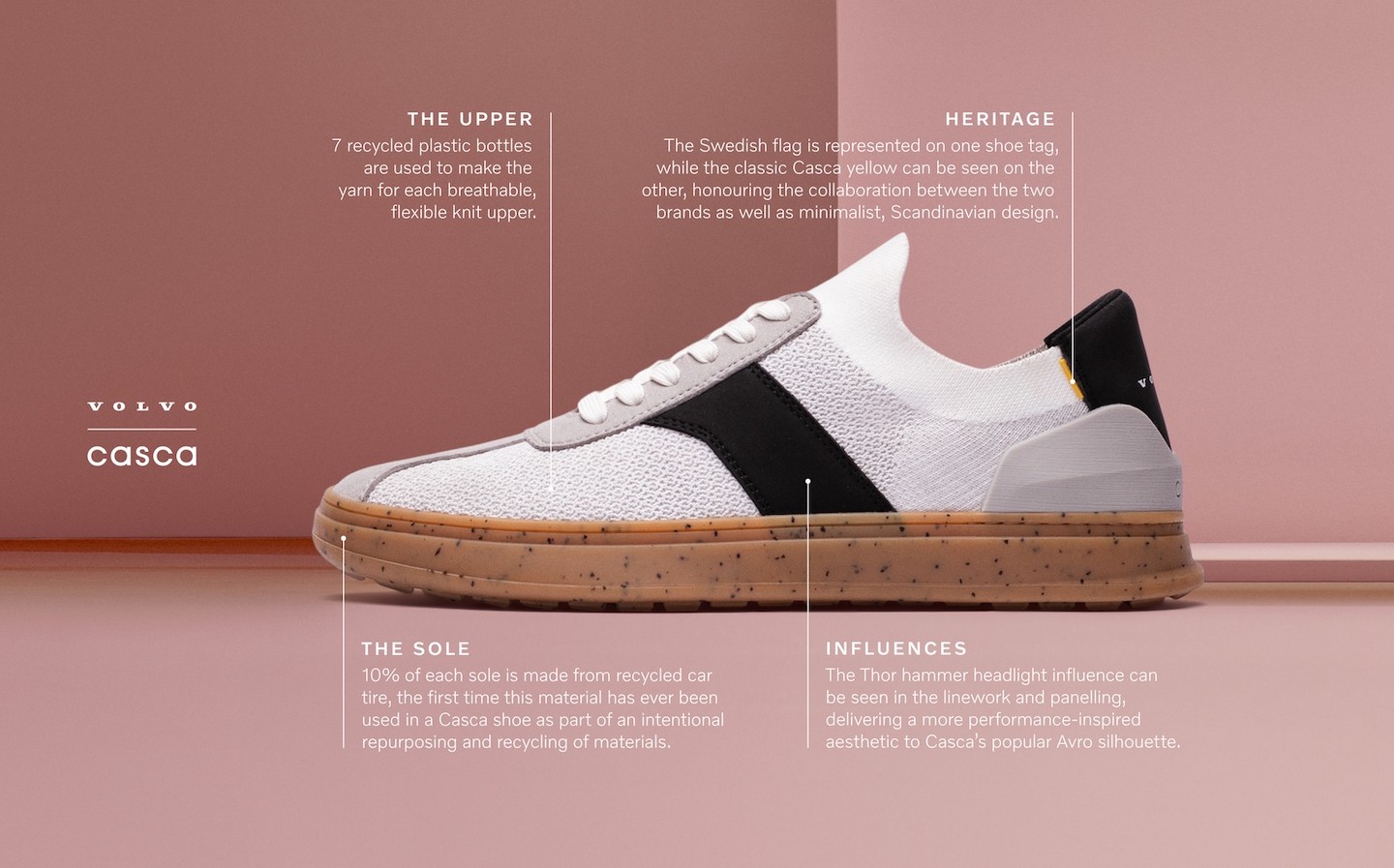 This isn’t the first time that a car manufacturer and a shoe maker have come together to create shoes inspired by the design of a particular model.

Nike created the DeLorean Nike Dunk in 2010, a shoe modelled on the silver, stainless-steel bodywork of the Belfast-built DeLorean DMC, with white, red and orange soles reminiscent of the car’s rear lights.

In 2016, Puma produced a pair of trainers inspired by the 2008 fabric-bodied BMW Gina concept car, while in 2017, Japanese brand Mizuno released the Wave Tenjin 2 in collaboration with Lamborghini, and styled in tribute to the exterior of the Lamborghini Aventador supercar.

Last year, Porsche and Puma also came together to launch a range of shoes in styles and colours taking inspiration from Porsche 911s of old. There have been many other such collaborations over the years.

The Volvo x Casca trainers are a more low-key affair than any of the above, more in keeping with Volvo’s brand image. 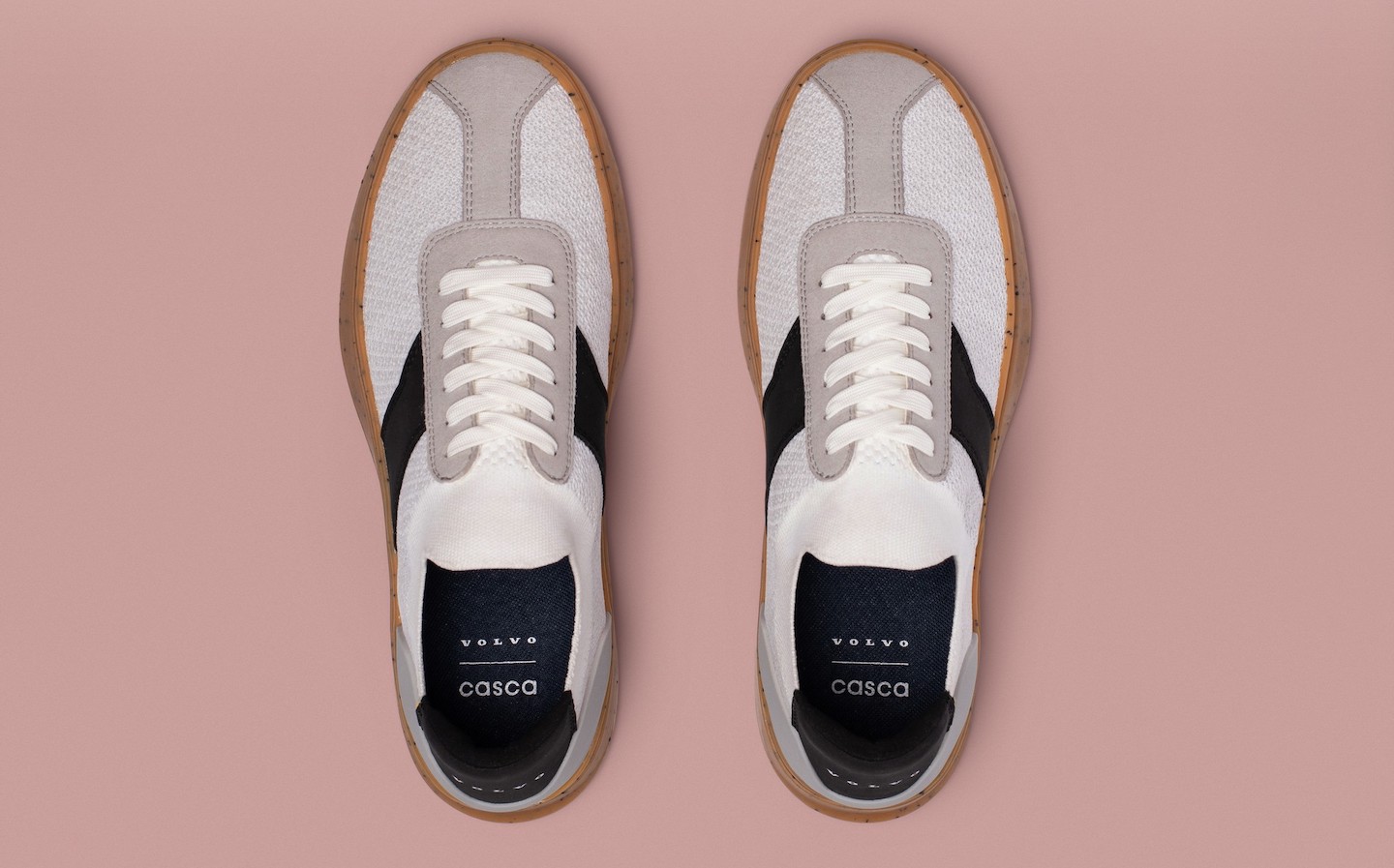 Part of that brand image involves a big sustainability push in the coming years with plans to include 25% recycled or “bio-based” material in Volvo cars by 2025, the same year by which it plans to make all its manufacturing processes carbon-neutral. Volvo says that by 2030 it will only produce electric vehicles.

With such an eco-friendly image, Casca felt that Volvo was an ideal partner with which to collaborate on a shoe.

“We know that being advanced isn’t just about great design and technology, it means implementing ethical and sustainable practices,” said Braden Parker, Casca’s CEO and co-founder. “This is just one of many similarities we see between our brand and Volvo Cars; we both want to create something with intention that lasts.”

The shoes are available to pre-order through Casca’s website and cost around £122. Though they don’t come with Volvo’s three-year, 60,000-mile warranty, Casca does guarantee them for 24 months.

N.b. Driving.co.uk may earn revenue if you click the link above and buy the products