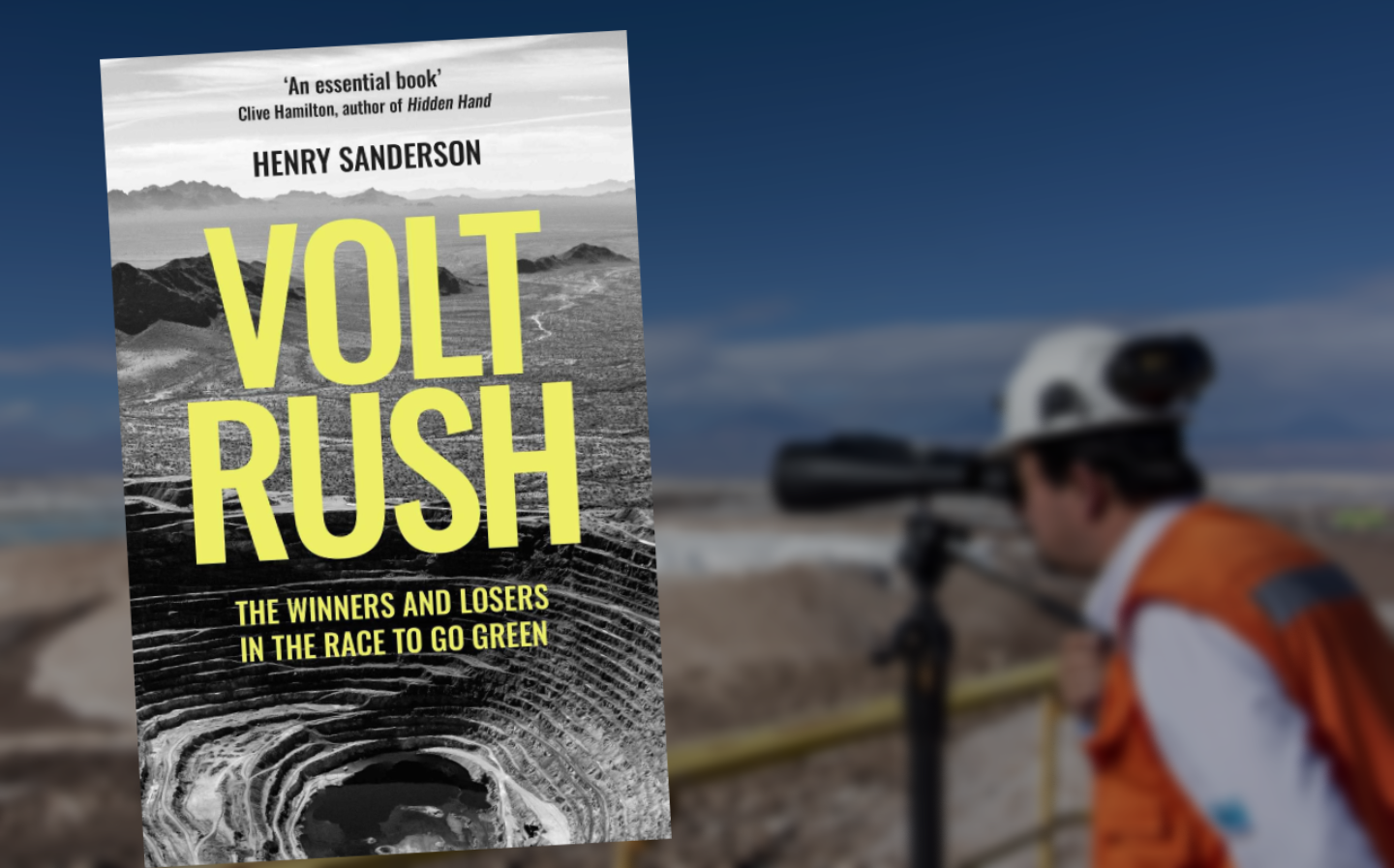 On Boxing Day 2018, Elon Musk did not let the festivities keep him away from Twitter. Reminding his followers that they had only five days left to take advantage of a $7,500 tax credit on electric vehicles, the Tesla founder added that “most importantly, every electric car, Tesla or otherwise, matters to the environment we all share. Every time someone chooses electric, the future gets a little bit brighter.”

It was a beguiling message: that Tesla owners could enjoy all the comfort and convenience of car ownership without the environmental guilt. And for the most part it was true. Electric cars are far better for the environment, on the whole, and as the rest of the economy decarbonises they will become greener still. As we generate more of our electricity from renewable sources, and as we make more of our steel with hydrogen rather than coal, the environmental case for electric cars will only strengthen.

But as Henry Sanderson shows in his book Volt Rush: The Winners and Losers in the Race to Go Green, the uptake of the electric car will bring its own set of moral dilemmas, environmental and geopolitical. That uptake is well under way. Although electric cars make up only about 1 per cent of the global fleet, their numbers are growing exponentially.

Volkswagen is aiming for half of its sales to be electric by 2030 — this is also the year after which it will no longer be possible to buy a petrol car in the UK. All those new cars will be powered by batteries made from a concoction of rare earth elements as well as lithium, nickel, copper and cobalt. Demand will skyrocket: for lithium, it is expected to increase thirtyfold by 2030.

Sanderson, a former reporter on China and commodities for the Financial Times, writes that whoever controls these resources will be “the new Rockefellers. A new strategic game has opened up.” His book is an account of the opening moves of that game, a travelogue of his journey through the supply chains that will shape our decarbonised future.

That journey takes him to the Atacama desert in Chile, where silvery flecks of lithium are being evaporated from vast pools of brine, and to cobalt mines in the Democratic Republic of Congo, where child labour is tarnishing the moral credentials of electric cars. The purpose of these peregrinations is to identify the pitfalls we must avoid if we are to transition equitably to electric cars.

As he travels from one side of the world to the other, a pattern begins to emerge: wherever there are the metals needed for the green transition, China has already snapped them up.

China, the world’s most voracious importer of oil, was quick to recognise that by embracing electric cars it could reduce its reliance on the rest of the world and in 2009 began handing out lavish subsidies to their buyers. To feed its domestic electric vehicle market, Chinese companies began buying up rare earth deposits in Chile, Australia, Congo and Indonesia, getting a head start in a geopolitical race that the West did not even realise it had to run.

Sanderson recounts a series of deals that Chinese companies were able to seal without rousing their western competitors to even the slightest awareness of their geopolitical import. In Australia, the Chinese mining company Tianqi bought a 51 per cent stake in the world’s largest lithium mine with the backing of the China Development Bank (CDB).

“Most western companies cannot get a vast state-owned bank such as the CDB to provide credit for a deal,” Sanderson writes. “The investors who owned [the mine] were only too happy to accept [Tianqi’s offer] and the deal was waved through by Australian regulators. It was the first round in the global race to secure lithium supplies, and Tianqi had won before anyone was paying attention.”

The pattern repeated itself in the Democratic Republic of Congo, where Chinese companies now own 80 per cent of the country’s output of cobalt. In Indonesia too, the Chinese stainless steel company Tsingshan successfully lobbied for an export ban on nickel, meaning that only companies with a presence in the country could take advantage of demand for the metal.

The impression one gets from these deals is that western governments have fallen for a complacent delusion; that it doesn’t really matter who owns which resources because whoever owns them will always want to sell them to the highest bidder on the international market.

By this logic, it doesn’t matter if most of the lithium mines are owned by Chinese companies, so long as Tesla can stump up the cash to buy it. But what happens if — as in the case of Indonesian nickel — it’s no longer for sale? What if a geopolitical calamity such as Russia’s invasion of Ukraine suddenly isolates swathes of the global economy? In such cases, you would rather your supply chains started closer to home.

In the latter part of the book, Sanderson shows that this penny has finally begun to drop in the minds of western governments and car manufacturers. He talks to the entrepreneur Jeremy Wrathall, who hopes to revive Cornwall’s long tradition of mining by extracting lithium from the county’s hills.

Commenting on that prospect, the prime minister Boris Johnson said: “It is a wonderful thing that Cornwall indeed boasts extensive resources of lithium, and we mean to exploit them.” Yet Sanderson adds that Jacob Rees-Mogg, the minister for Brexit opportunities, “replied haughtily that the UK had relied on fair and free trade for its industries and that would continue”.

Throughout the book, Sanderson deftly guides us through the convolutions of which company bought what from which, and he livens up that potentially desiccated subject matter with an eye for characterful detail.

Among the characters he introduces us to is Robert Friedland, a copper tycoon and friend of Steve Jobs, the Apple founder, who posed in his younger days as a hippy and went so far as to set up a communal farm, only for the other members of the commune to slowly realise he was working them to the bone for his own profit.

Despite the seemingly insuperable geopolitical quandaries with which it deals, the tone of Sanderson’s book is one of cautious optimism. “We shouldn’t be hostile to green technologies,” he writes, “but we shouldn’t be naive either. The oil age has left a long scar on the twentieth century. We should make sure that the industries of our green future do much better.”

Volt Rush: The Winners and Losers in the Race to Go Green by Henry Sanderson, Oneworld, 288pp; £20

This review first appeared in The Times