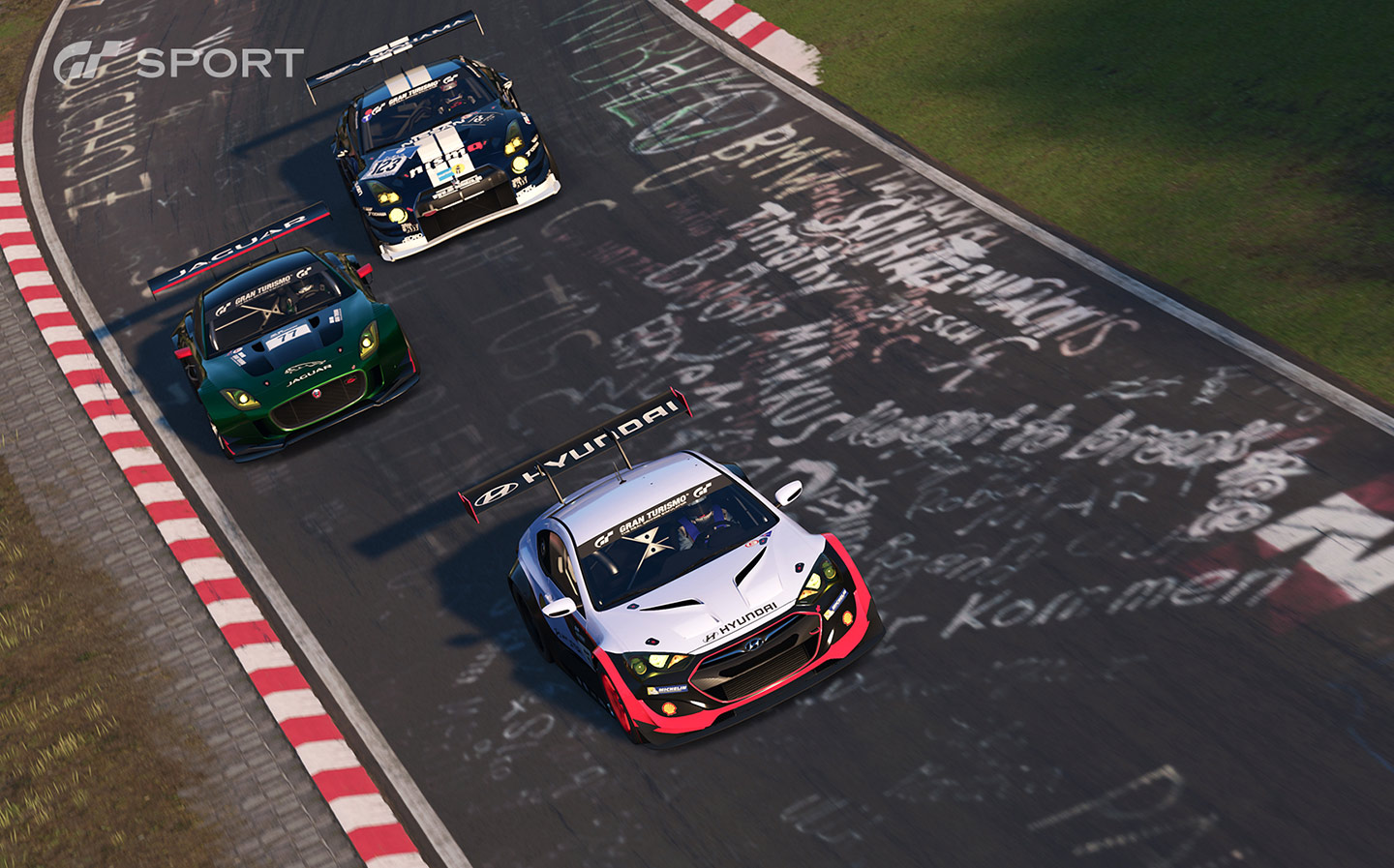 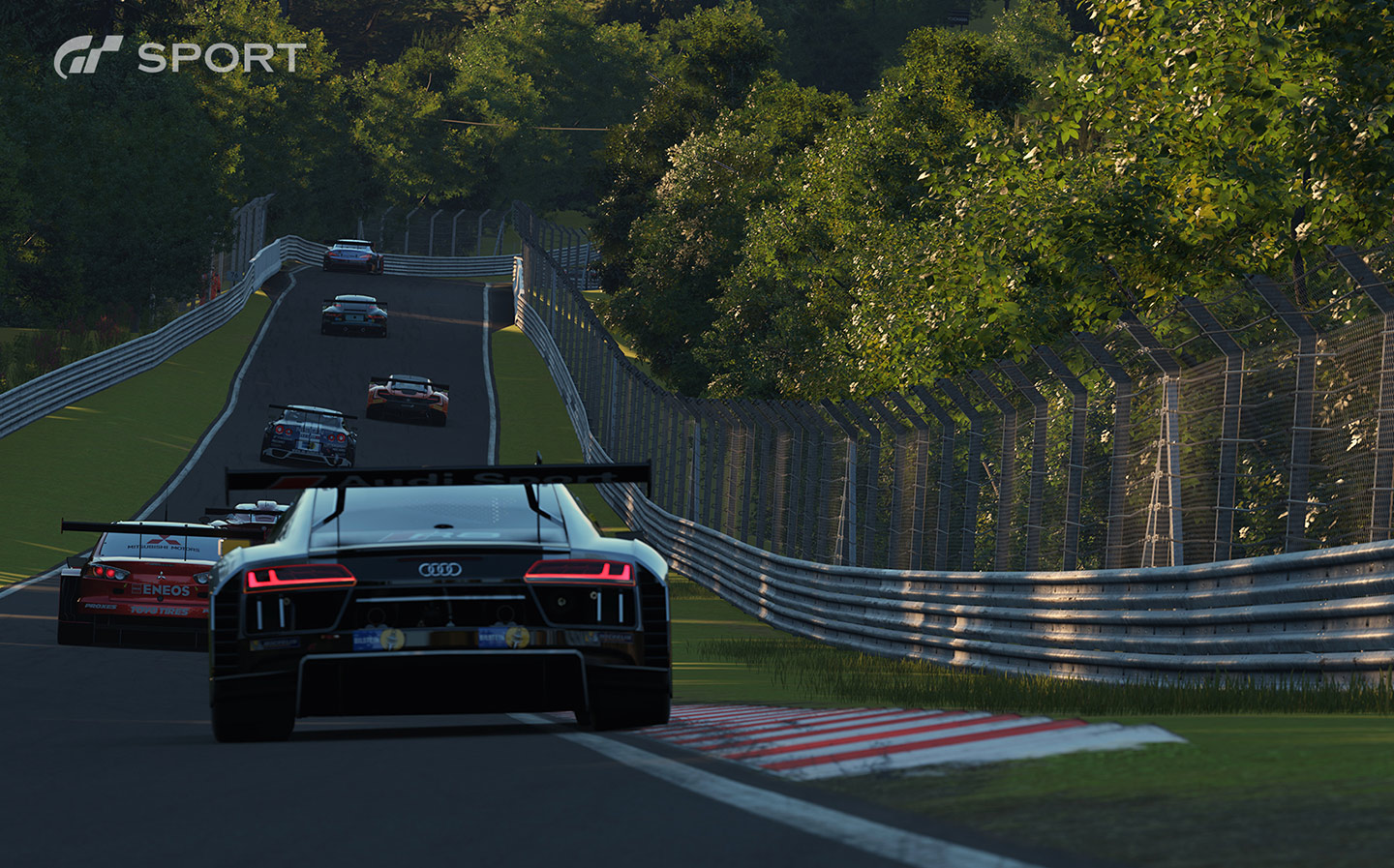 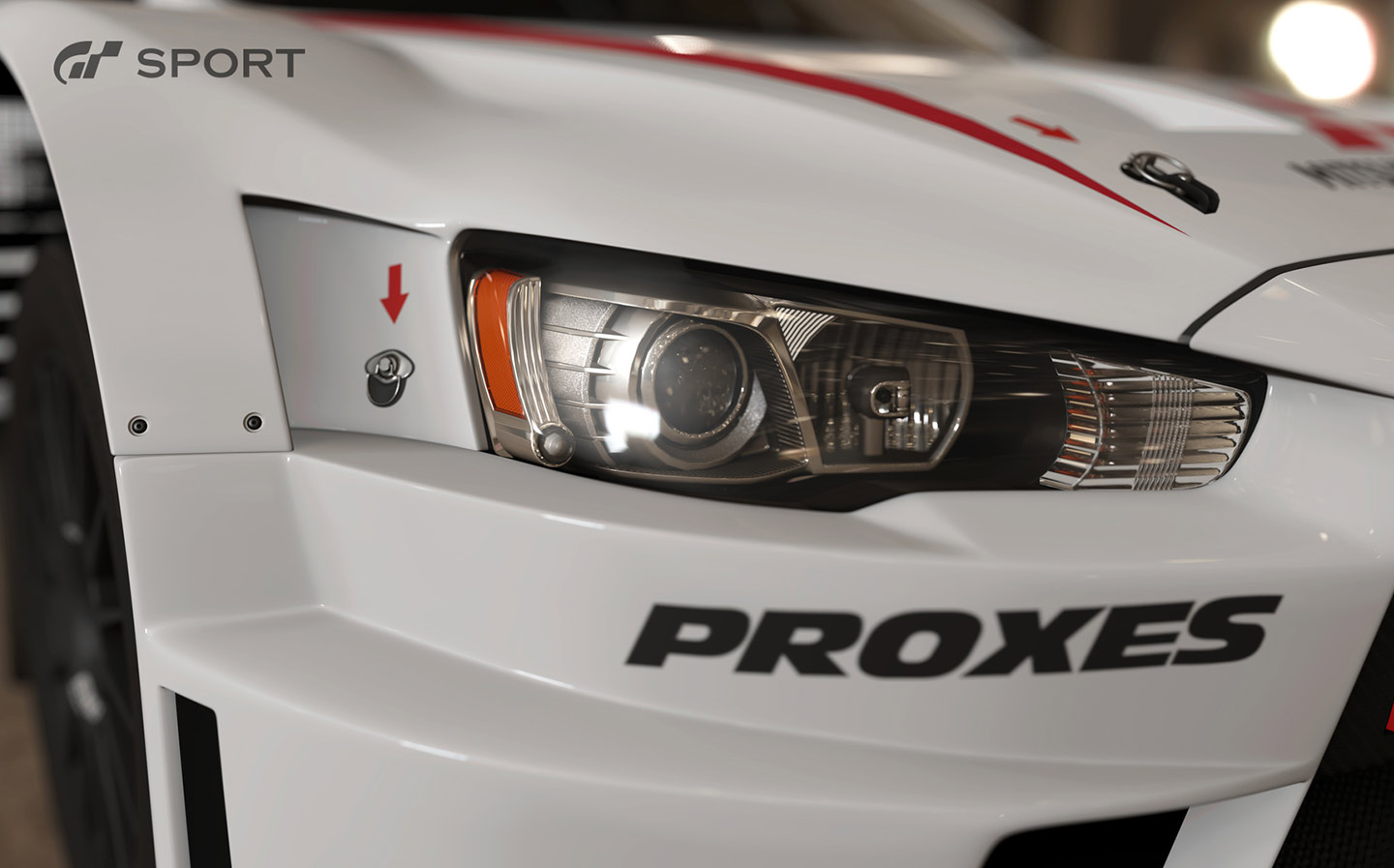 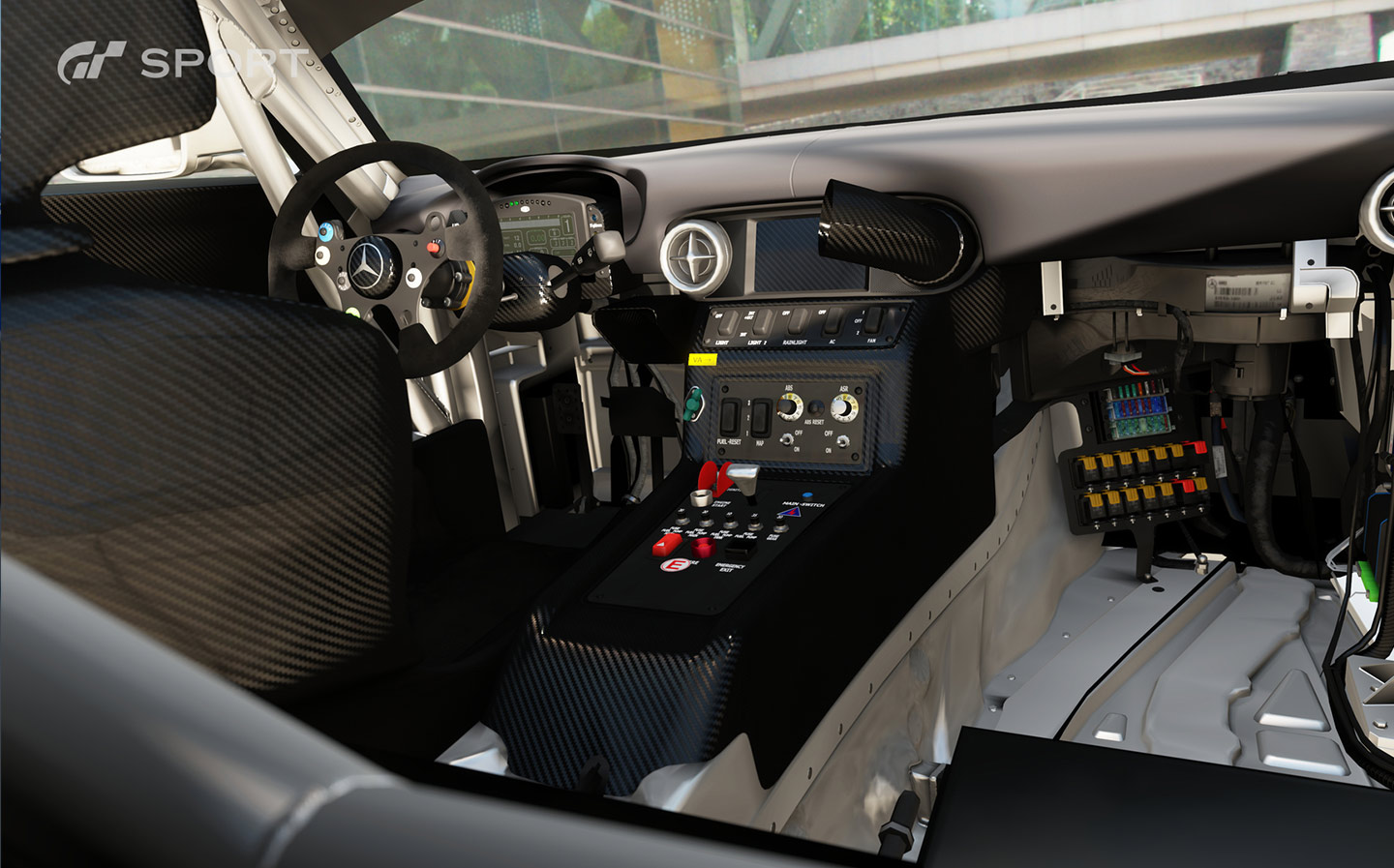 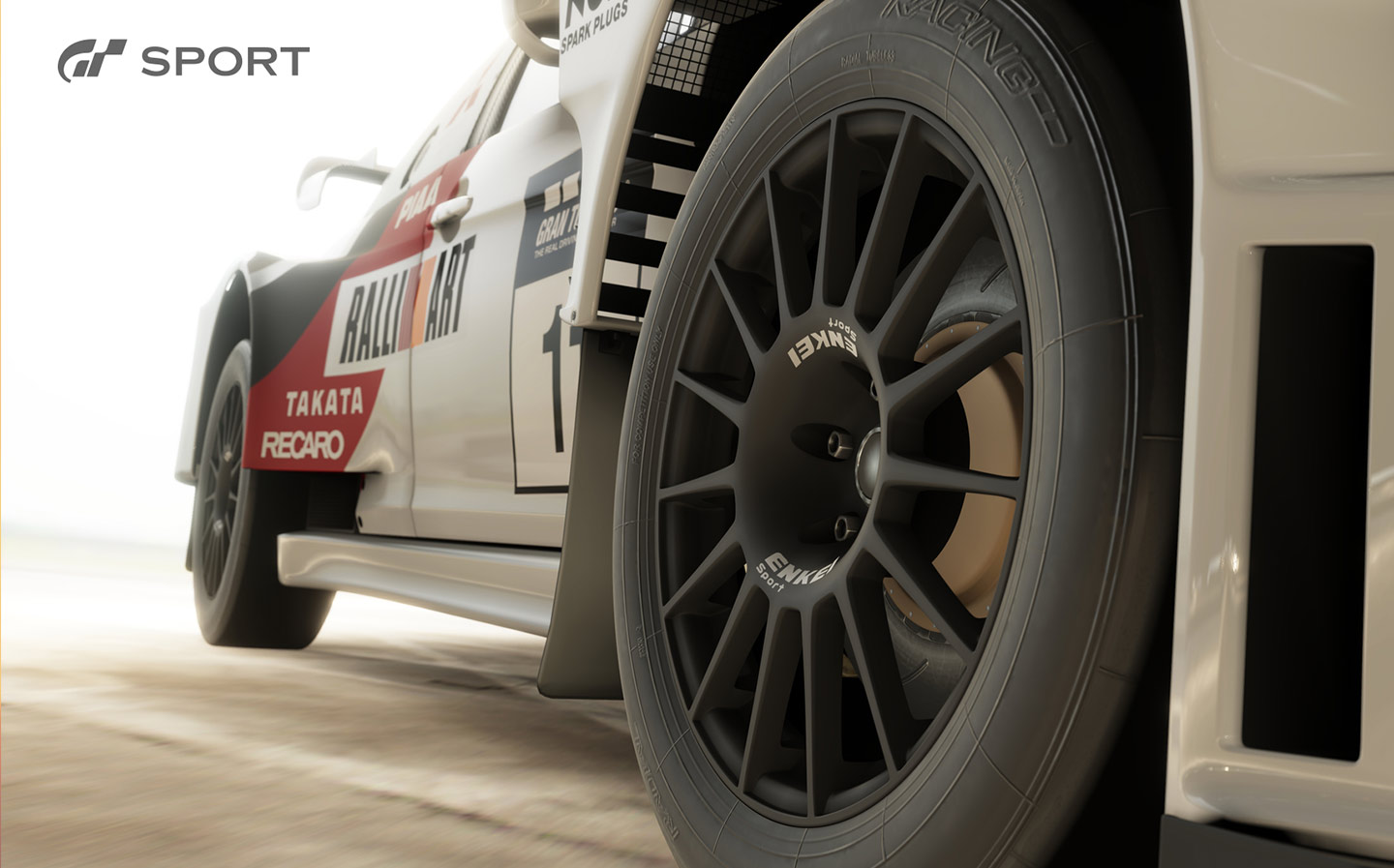 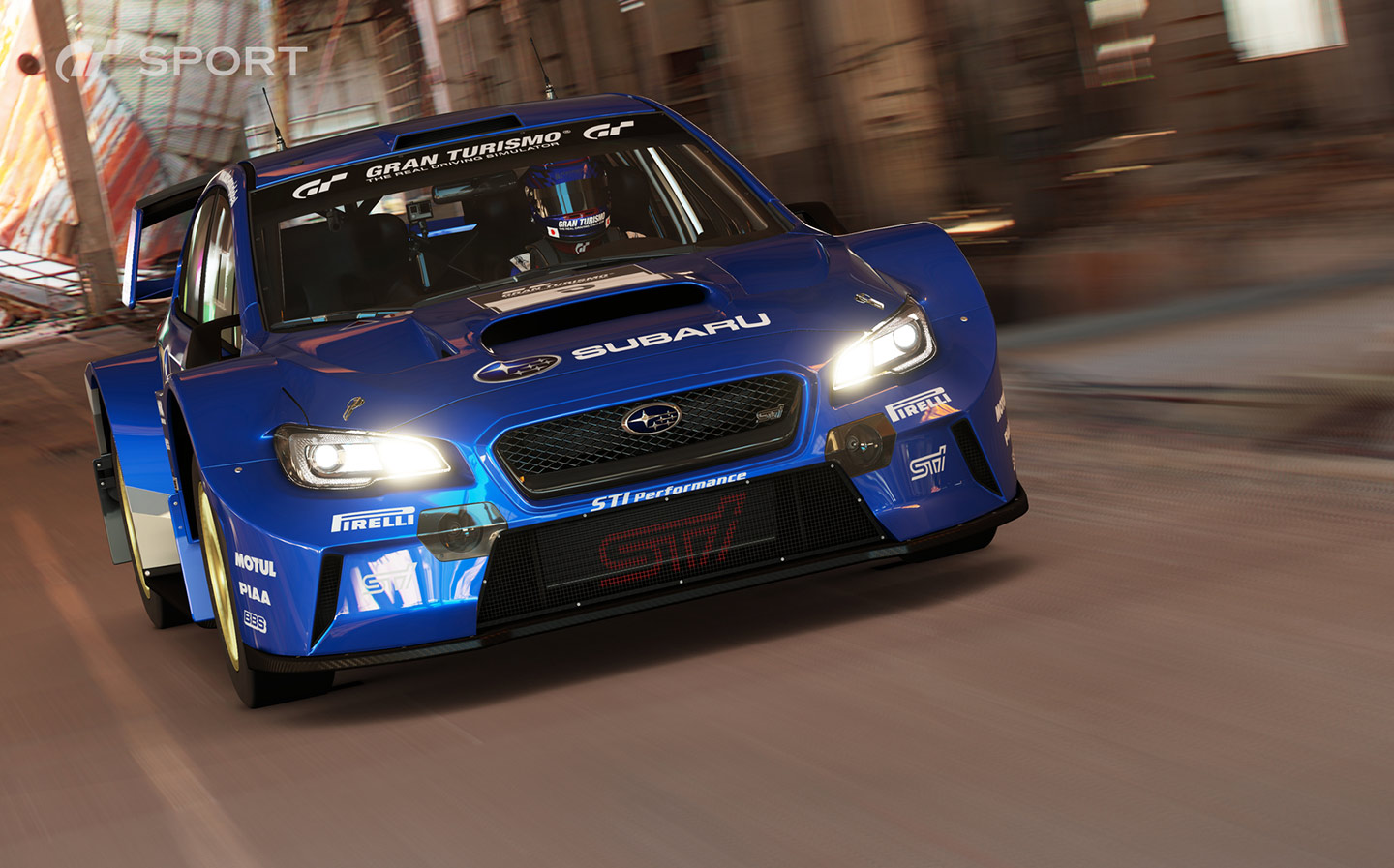 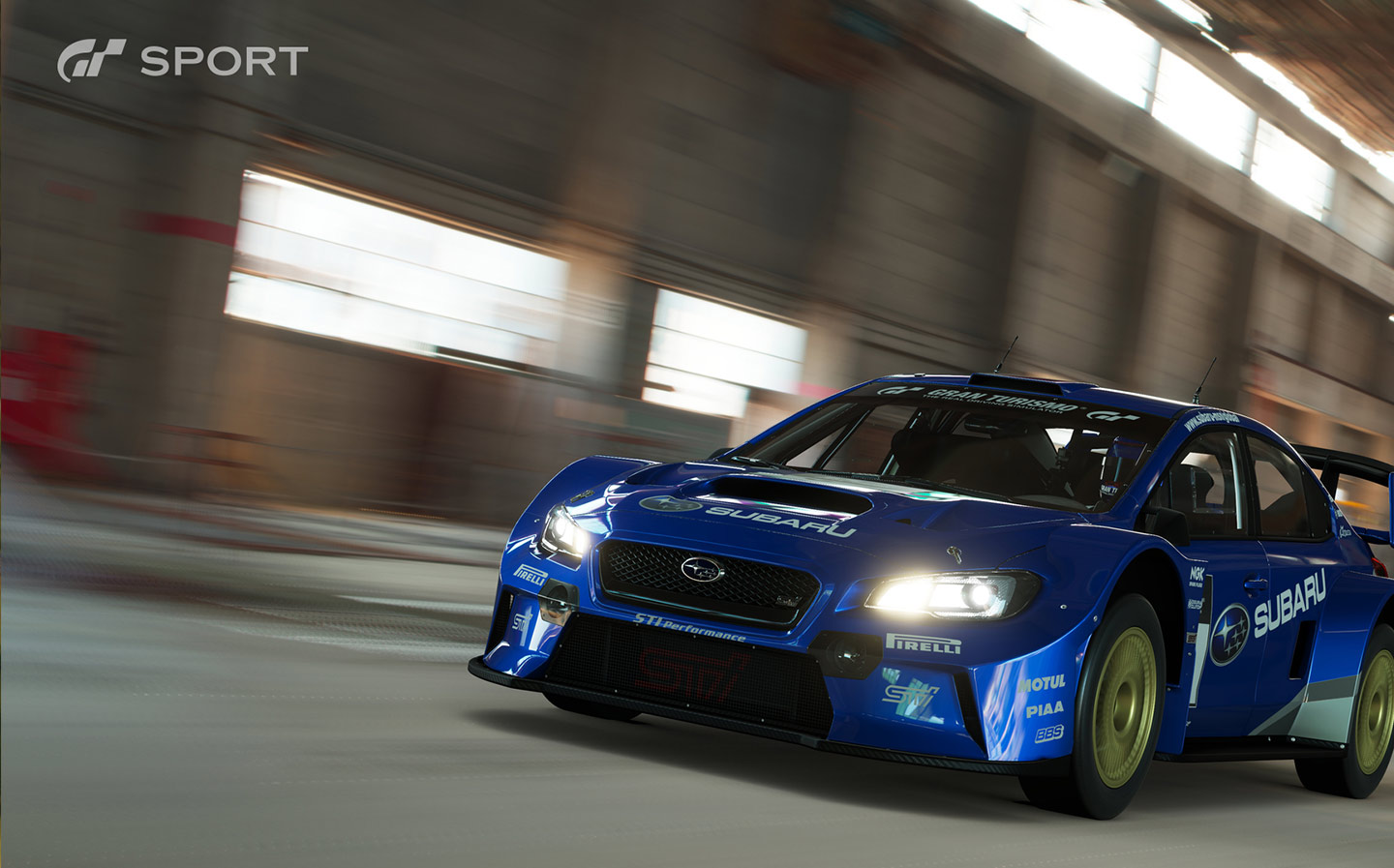 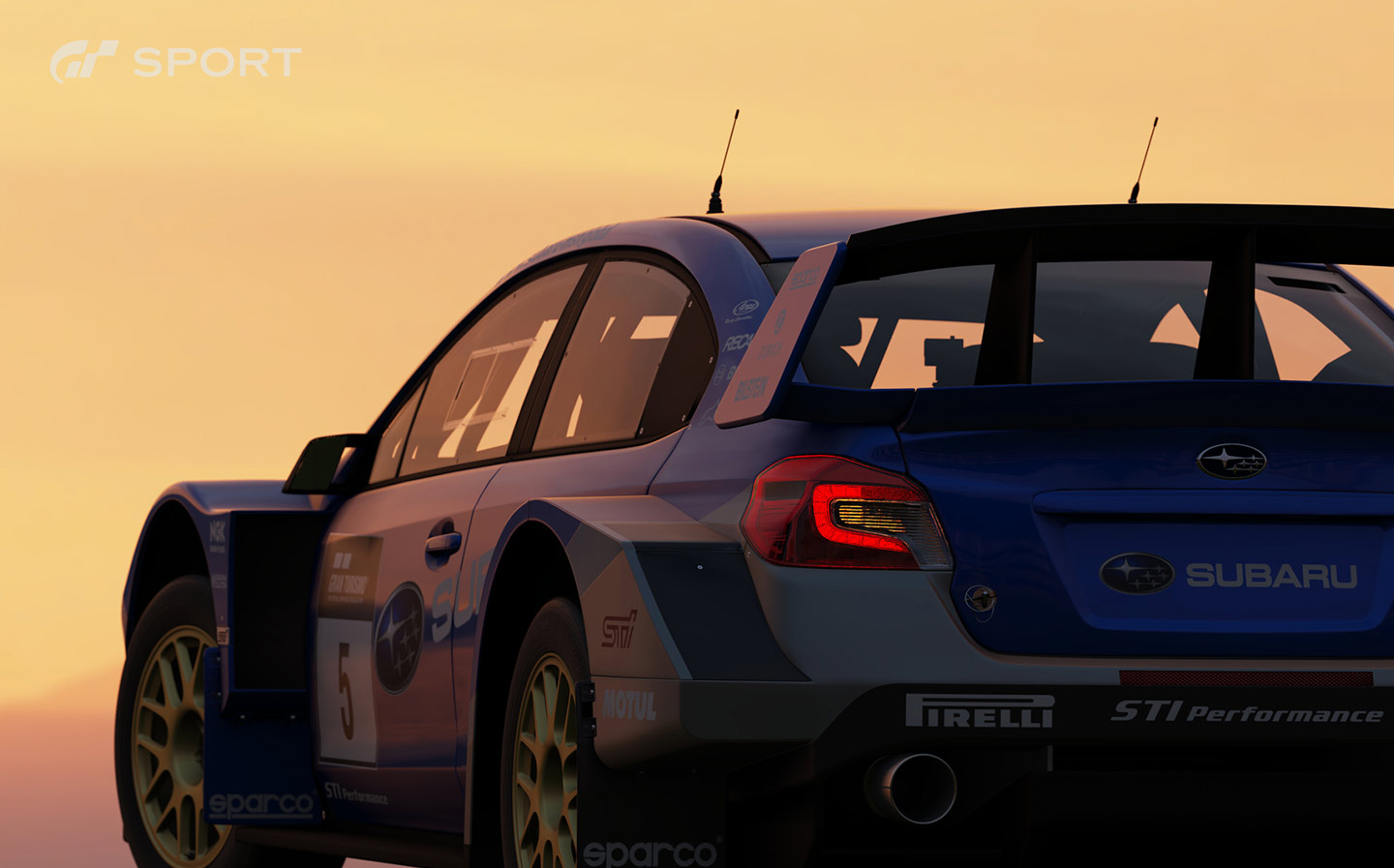 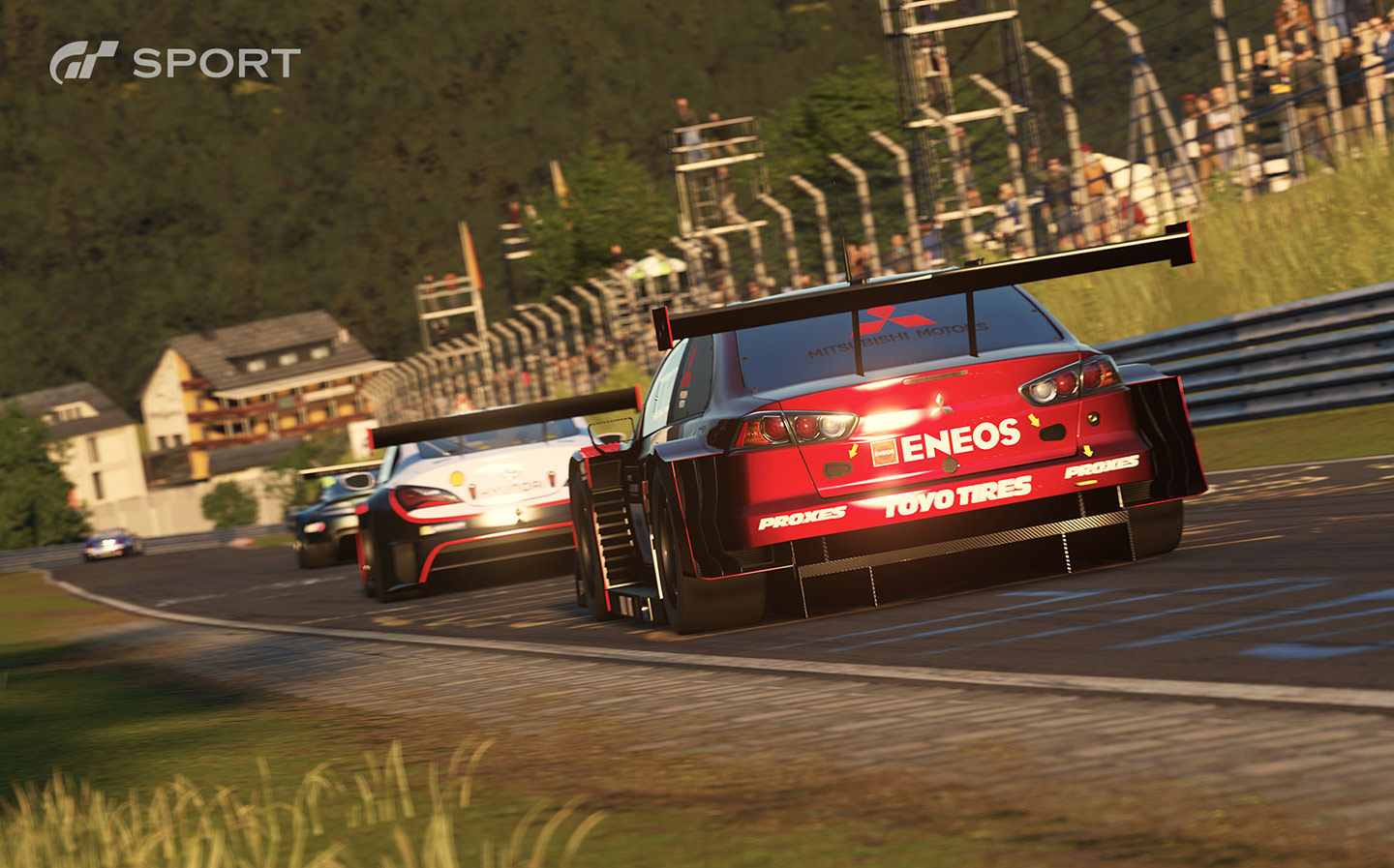 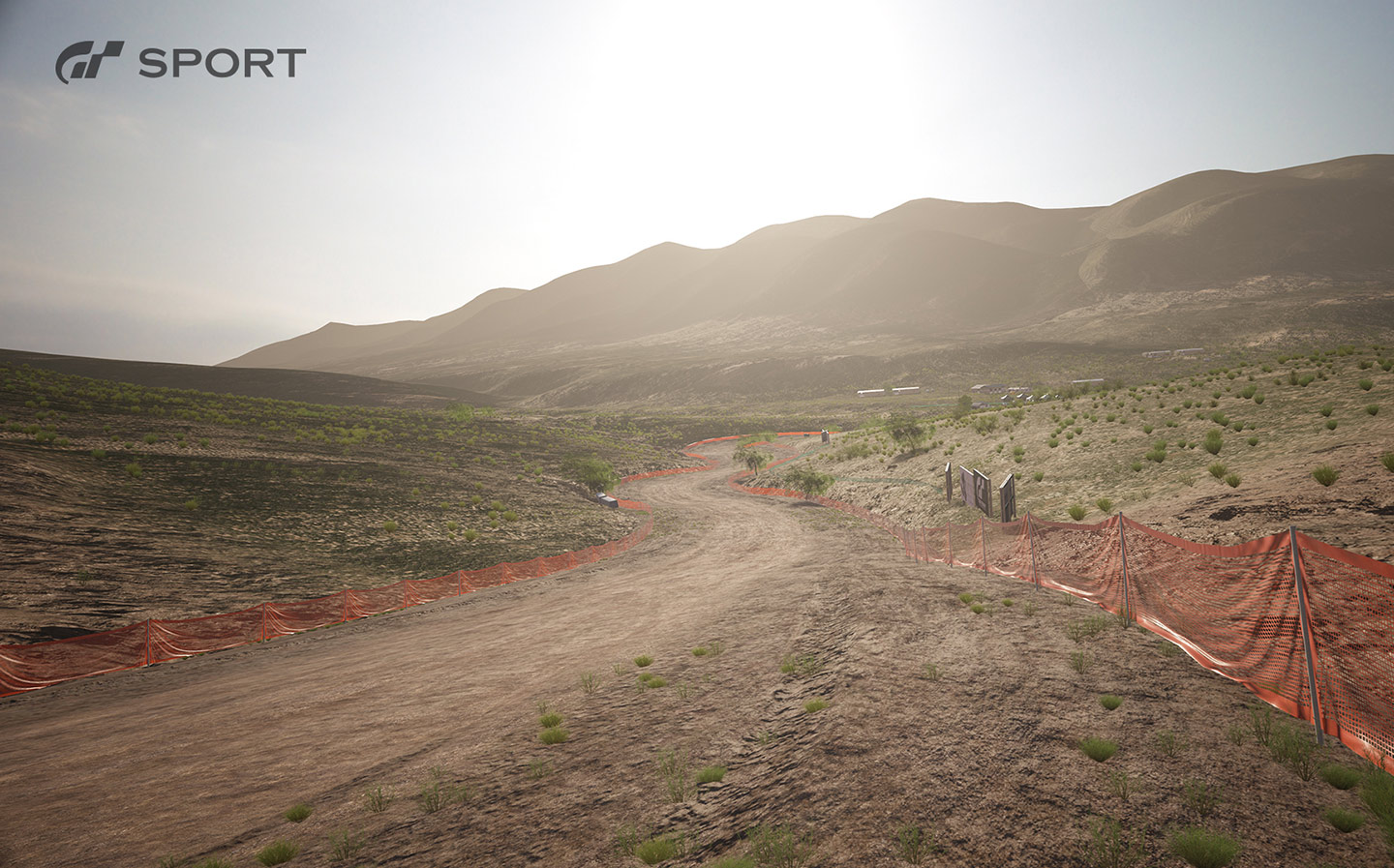 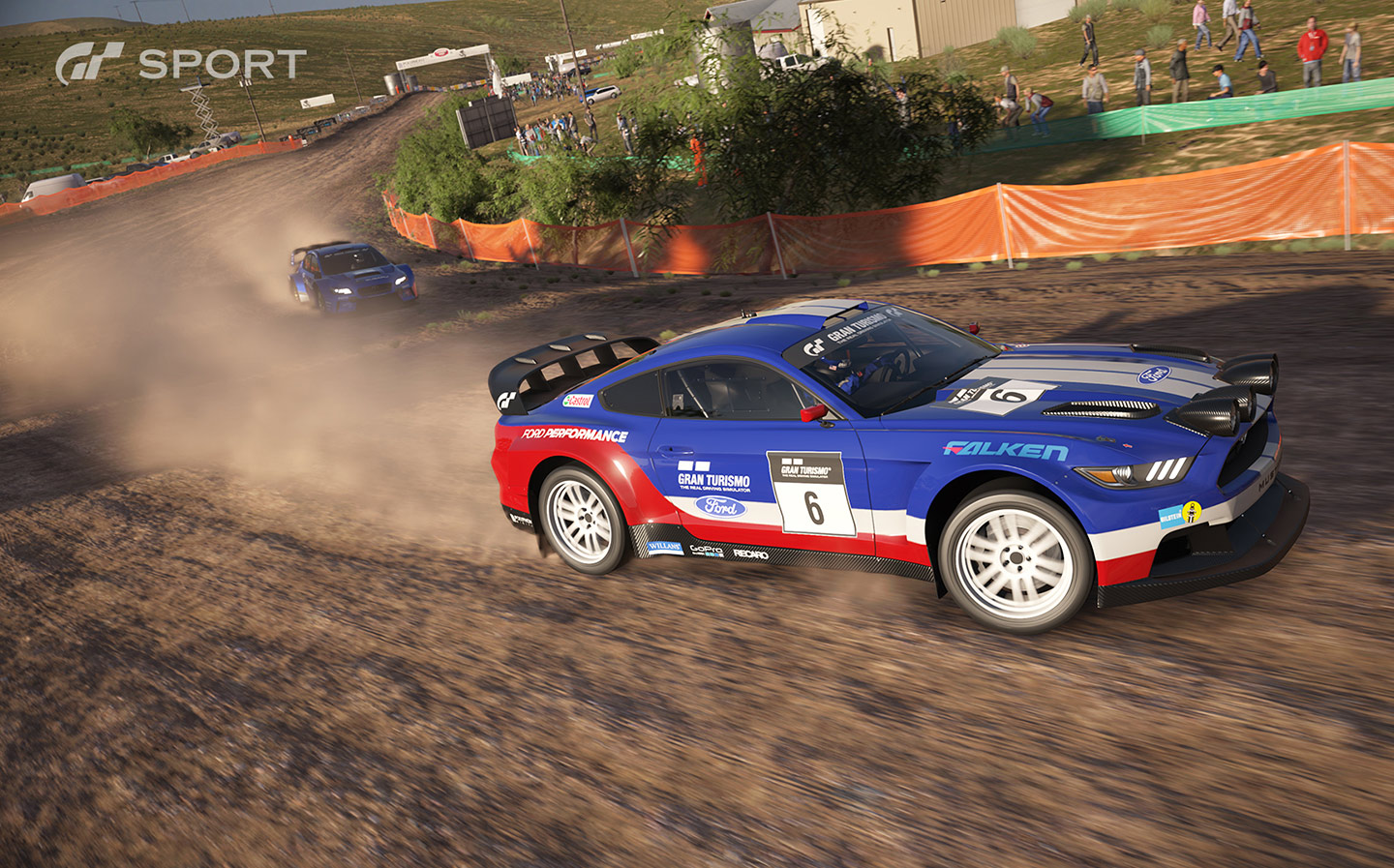 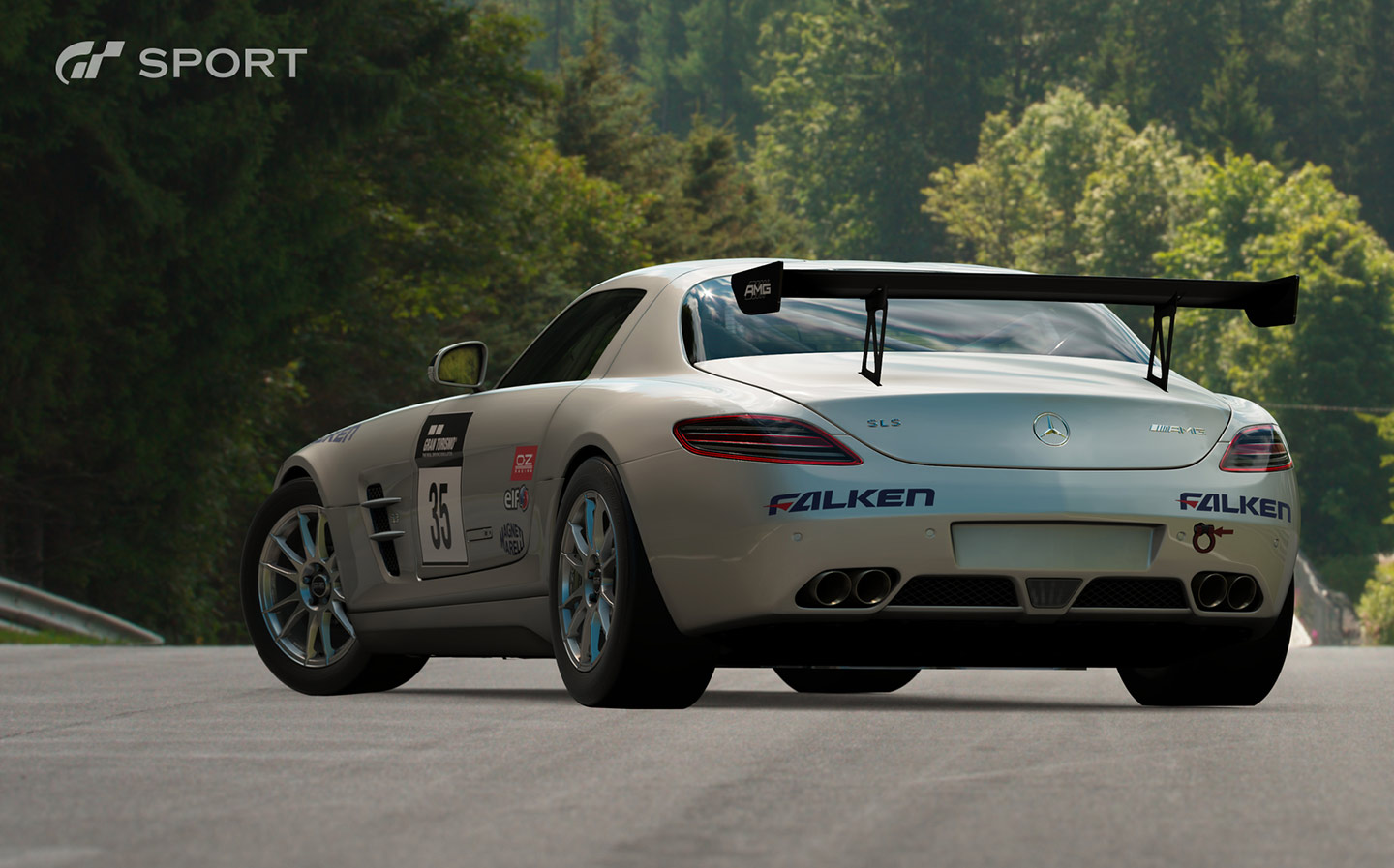 Back then, we got to experience a limited number of the new game’s features and learned about a new online e-sports racing championships developed in conjunction with the FIA, motorsport’s governing body, but it wasn’t until this week that we finally got to play the full version of GT Sport. Was it worth the wait? In a word, yes.

Twenty years after the first Gran Turismo was launched on the original Sony Playstation console, things have moved on with the speed of a teenage player mastering a new course on the game. GT Sport features lush vistas and remarkably detailed car models (right down to the LEDs and reflectors inside headlights, or Alcantara fabric textures in the cockpit), as the series hits PS4 for the first time at a spec designed for 4K resolution ultra-high definition TVs.

To be fair, though, as dazzling as this is to the uninitiated, this is not exceptional in the game world today; it’s expected. Forza Motorsport 7 and Project Cars 2, both of which also launched recently, in time for Christmas, also have stunning visuals. Forza traditionally led the way in this respect before Project Cars raised the game, and now the latest versions of all three are equally as impressive, arguably. To the casual gamer, on the best screens, they’re as close to each other in the photo realism stakes as makes no difference.

While Forza shows this off with a showroom mode, where you can walk around the cars, open the doors, boot and bonnet, and poke around close-up, GT Sport has a photo mode, where you can put the car on a photo backdrop and change came angle, effects, lighting and so on. This was introduced for the previous GT6 game and is enhanced for GT Sport under the title “Scapes” with extra features.

If this seems a little dull for what should be a high octane thrill ride of a game, according to Yamauchi, 1,060,000 images were created in just four weeks by gamers who downloaded the pre-release Beta version of the game. Even he was gobsmacked. But more surprising to him was that 300,000 liveries were created in the new livery editor mode. “All these cars were driving online that looked nothing like the cars that we made in the game,” he told us. “It as almost like, ‘Who made this game, again?’”

Yamauchi has stamped his authority on the game in other ways, though. For example, he has removed GT Mode this time around. In this single player mode, gamers started with a small budget and used the money to buy a cheap, second-hand road car. They could then race it in increasingly challenging races to earn credits, with which they would purchase tuning upgrades, which they could add and set up in their garage.

Removing it caused wails of disappointment, and even anger, online. Some people even claimed to have cancelled pre-orders. But Yamauchi told us that all of the elements associated with it — cash rewards for success, levelling up, upgrades for owned cars and circuit unlocks — are still found within the game. He said all that was different was the user interface. 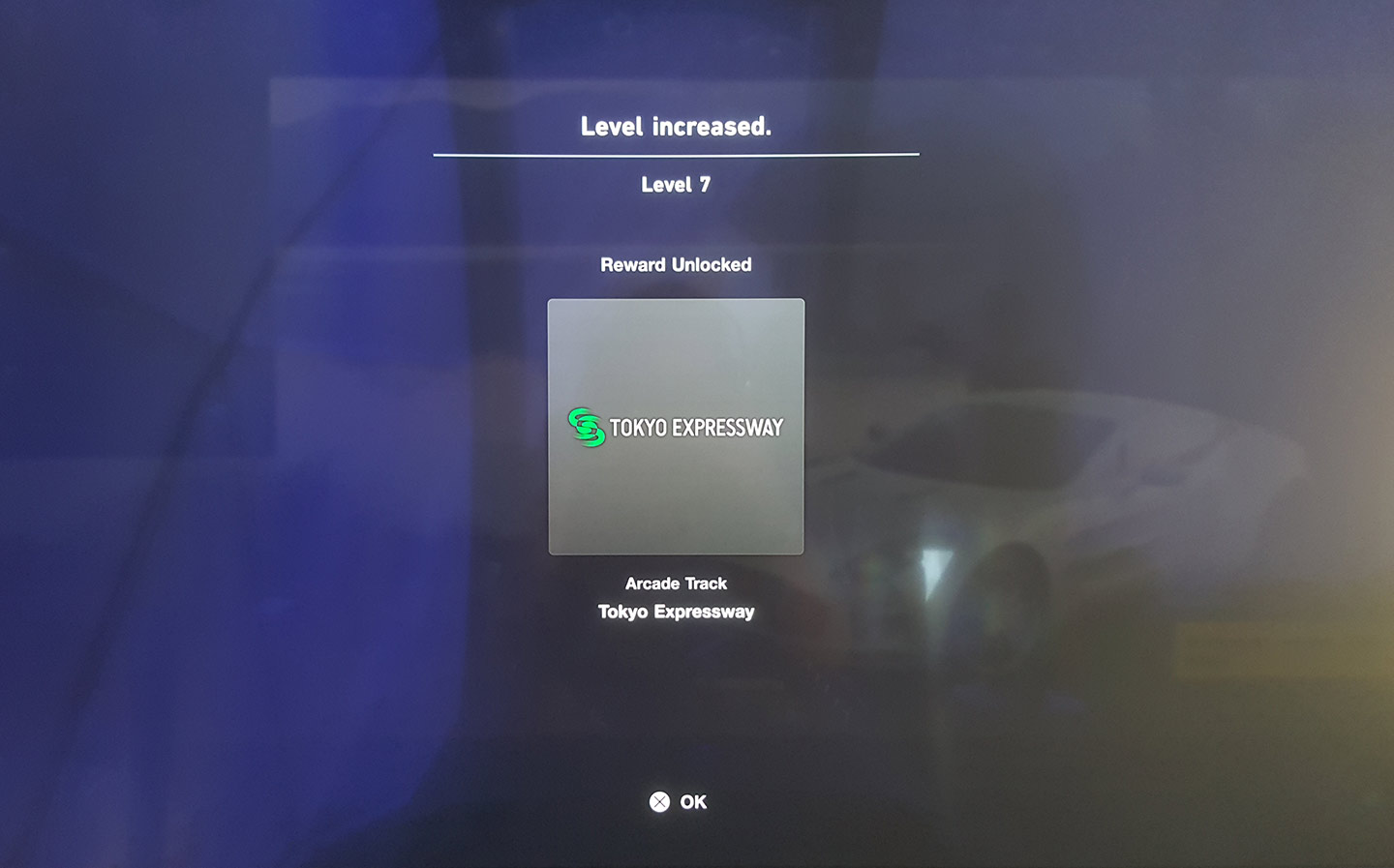 Levelling up unlocks new elements of the game.

We’re glad he pointed this out, as it’s very easy to look at GT Sport and think there’s a crucial, pivotal area of the game that’s missing. If we’d have had just a few hours with it before writing the review, we may have been distinctly unimpressed. Spend some time with it though, and the perception changes.

There’s still a Driving School, in which the accelerating, braking and cornering tests can be found. As with previous games, they increase in difficulty and rewards come in the form of Bronze, Silver and Gold cups, depending on how quickly you complete each challenge.

Players keen on a career mode will find it in a new area called Mission Challenge, where more complex tests unfold featuring other cars and situations designed to test your ability to handle unexpected scenarios and mounting pressure. Challenges start small but become much tougher and test endurance. 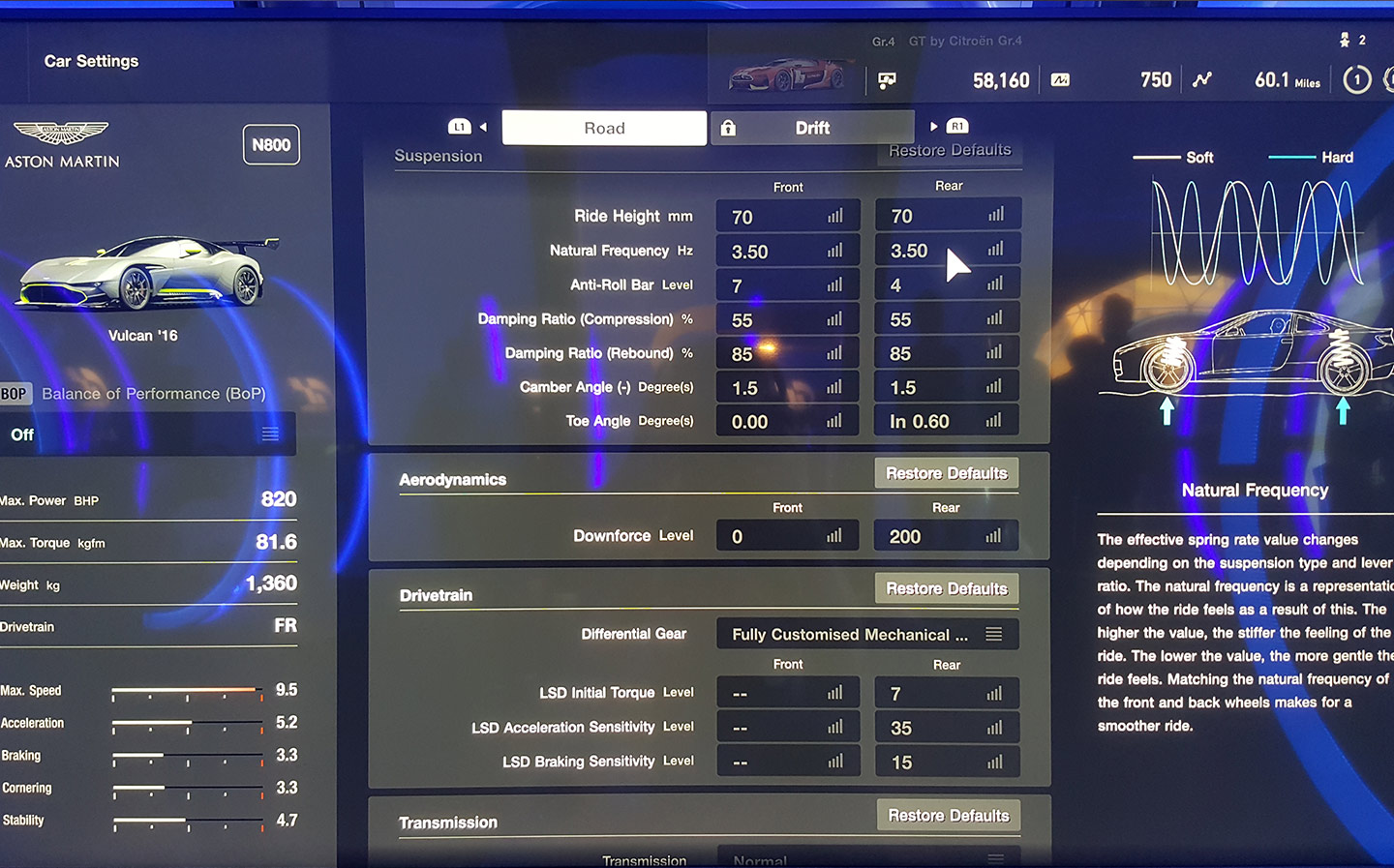 You can still fine tune each car’s setup.

As well as prize money for winning races, players also receive Mileage Points, which can be spent the Mileage Exchange on vehicle upgrades, liveries and other items to customise vehicles.

Importantly, GT Sport still feels like a Gran Turismo game, distinct from the competition. The new menu system is a departure for the series, with a website-style horizontal menu bar and drop-down sub menus, rather than the world map system that was used on previous games. But there’s something very “GT” about it; perhaps it’s the choice of text font, or music, or the slows fades between images.

The feel of the cars, specifically, is different in Gran Turismo. Yamauchi, of course, says this is his new favourite in the series, firstly because of the physics (vehicle handling), which has been completely revised for PS4. This was confusing at first as, having recently played Forza Motorsport 7 (fun) and Project Cars 2 (tough just staying on the track), the cars in GT Sport felt inert; lifeless. Getting the cars to dance on the edge of adhesion seemed hopeless; instead they felt glued to the track, impossible to provoke.

It turned out, of course, that we had been too cautious with the driver assists. Before each arcade race, you’re presented with three difficulty options, each of which dial back things like help with braking, steering, racing lines and so on. Drive in Expert Mode and the cars feel much more natural. You can also tune the traction control, ABS and all the fine details of car set-up (gear ratios, ride height, downforce, etc.) to your taste. Basic Expert Mode is meant to be as close to the real thing as possible, as the cars in real life often feature electronic stability systems and ABS, of course. Suddenly, we were having fun.

Not only that but the cars seemed to respond predictably and when you make a mistake and spin, you get a sense of what you did wrong, and how to avoid it in future. You find that your skill improves exponentially. In a race at Interlagos we chose a Porsche 919 Hybrid LMP1 car in Expert Mode, with expert AI opponents and manual gears, and used a control pad rather than steering wheel and pedals. And were hopeless on the first try. On the second attempt, we finished mid-pack, with minimal “offs”, and by the third go were battling with the front-runners. It still wasn’t easy, but there was a sense that it was “clicking”.

The most exciting element of GT Sport is probably its multiplayer modes, though. Two-player split screen is possible, as is online racing against players around the world and local network games — at the launch in Italy, up to six games pods were connected at once, with seats, wheels and screens, and we were able to race together with spectators watching the events on a large screen, the camera angles alternating seamlessly between the leader and battles further down the pack, with GoPro-style views, fixed fly-by cameras and tracking shots all brilliantly mimicking a televised race from the real world.

Sony even set up two tournaments, one for media and one for professional racing drivers, with finals taking place at the closing party. With live commentary and prize fund of a £1,300 Tag Heuer smartwatch, PS4 Pro and Thrustmaster wheel at stake, there was palpable tension in the air and onlookers were gripped by the action; every “off” electing gasps, every overtake generating cheers. E-sports is talked about as the next big thing but the impression for many is that it’s more of a weird obsession for geeks and sunlight-dodgers than a serious “sport”. Nothing could be further from the truth, judging by the events we witnessed. There can be genuine excitement and glory.

Yamauchi was wise, therefore, to approach the FIA and stake Gran Turismo’s claim as the first officially-backed e-racing series. The pre-season qualifiers begin early in November before the series begins proper in April 2018. As a way to get into motor racing, this make a lot of sense — minimal costs but all the drama, big audiences and, presumably, cash prizes.

A final element making its debut in the Gran Turismo series is virtual reality. The PS4 has its own VR headset, which projects separate images onto each eye to give improved depth, while turning your head allows you to look around the car and further up the road, through tight corners. It can cause nausea at first but we did get used to it and found, amazingly, that a rally stage which seemed almost impossible in the standard game pods using 2D TVs, was suddenly driveable. Perhaps it was the added depth perception, or the more realistic sense of speed, but the experience definitely improved our racecraft. Interestingly, once we had nailed the stage in VR it was also much easier in 2D.

Of course, there are some drawbacks to GT Sport. The vehicle roster of 140 cars is minute compared with the “700-plus” in Forza 7, and a good deal less than 180 or so in Project Cars 2. This is because each had to be remodelled from scratch for PS4. It could be argued that the absence of GT Mode may be more down to this than anything else; without a wide selection of old bangers to choose from at the start, you’d have few routes to the top of the motorsport ladder.

Also, GT Sport has the same old frustrations around navigating from one challenge or race to the next; rather than clicking a button that says “Next event” or “Continue” you have to click on exit, go back to the previous menu and then navigate to the next event manually.

GT Sport is instantly playable for beginners but it took a while to appreciate its full appeal. Given some time, GT Sport turns out to be a deeply satisfying racer with real depth and atmosphere, stunning visuals, greatly improved sound, natural and precise handling, and exciting multiplayer features. It’s a shame there aren’t more cars and tracks but there’s plenty here to keep you coming back for more.