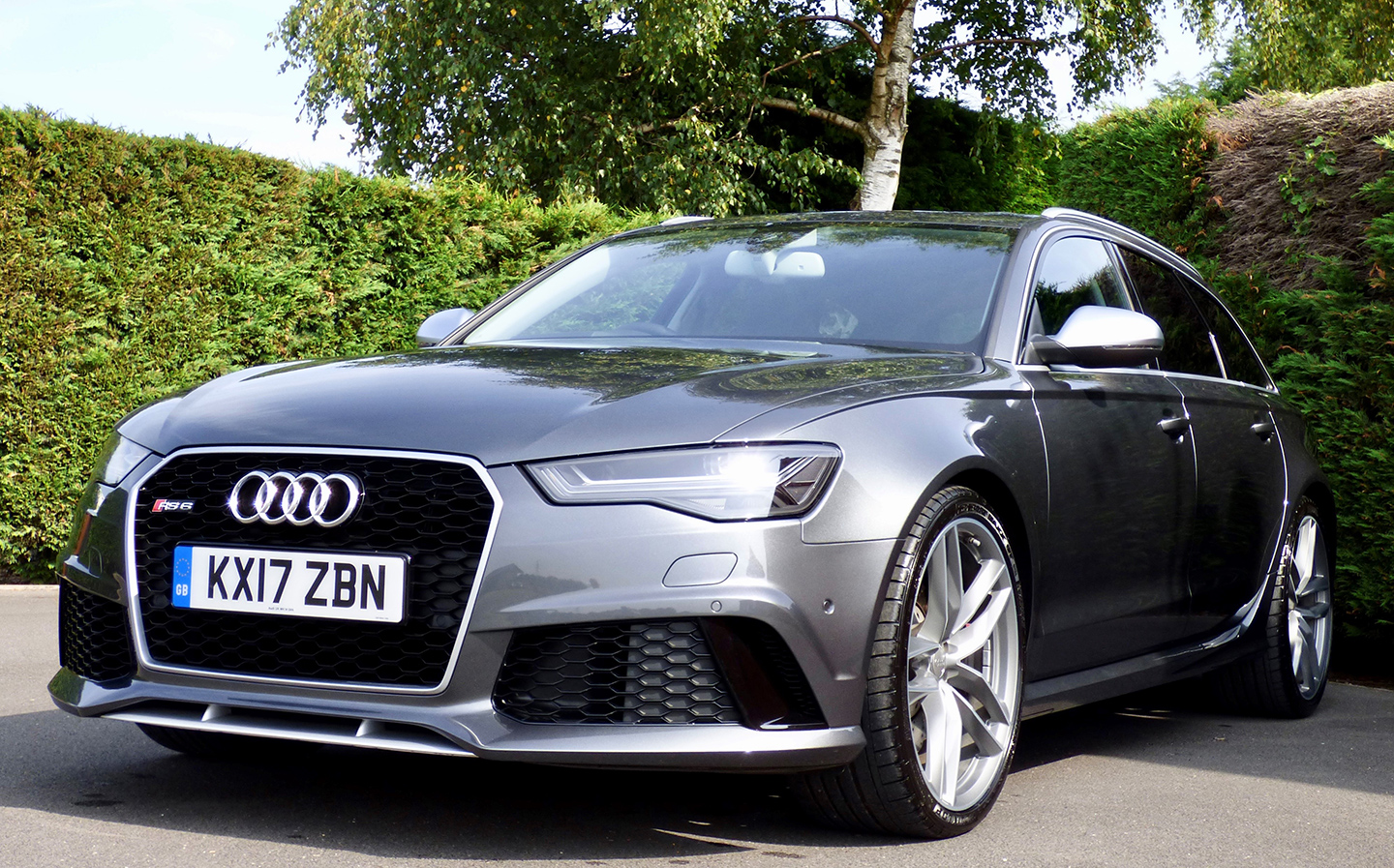 Where most estate cars have frugal diesel engines and offer all the excitement of a trip to the launderette, this one features a highly tuned, twin-turbo V8 engine that could give a Ferrari a run for its money and uses four-wheel drive to turn more eagerly than a polo pony.

Currently being sold by Overton Prestige, a Derbyshire-based car dealer, this particular example has a desirable spec beyond having the sixth in line to the throne as its first owner. On top of being finished in Daytona Grey and sporting some rather swish five-spoke alloy wheels, the RS6 has items like heated seats and a panoramic sunroof – perhaps used during a spot of star-gazing when wooing Meghan Marckle?

A closer look at the spec list suggests the Duke of Sussex is as much an enthusiastic driver as he is an accomplished rider. Notable optional extras fitted to this particular Audi RS6 include a sports exhaust, adjustable RS Sport suspension, a heads-up display and an increase in top speed to 174mph – up from the 155mph the rapid wagon is normally restricted to.

The royal load lugger has had a fairly pampered life, with the odometer stating the car has only been driven for roughly 4,500 miles. Combine that with its April 2017 registration date, and it’s arguably as good as new.

Some wags have speculated that Harry and Meghan are changing to a more spacious car in order to make room for new members of the Royal family – although the A6 Avant is hardly bijou.

Overton Prestige is currently selling Prince Harry’s Audi RS6 Avant for £71,900. Though that is at the higher end of what you’d expect to pay for a year-old Audi RS6, the car’s regal provenance must go some way to justifying the price. Plus, if you wanted a brand new Audi RS6 Avant in an identical spec to this one, you’d need to pay nearly £93,000 for the privilege.