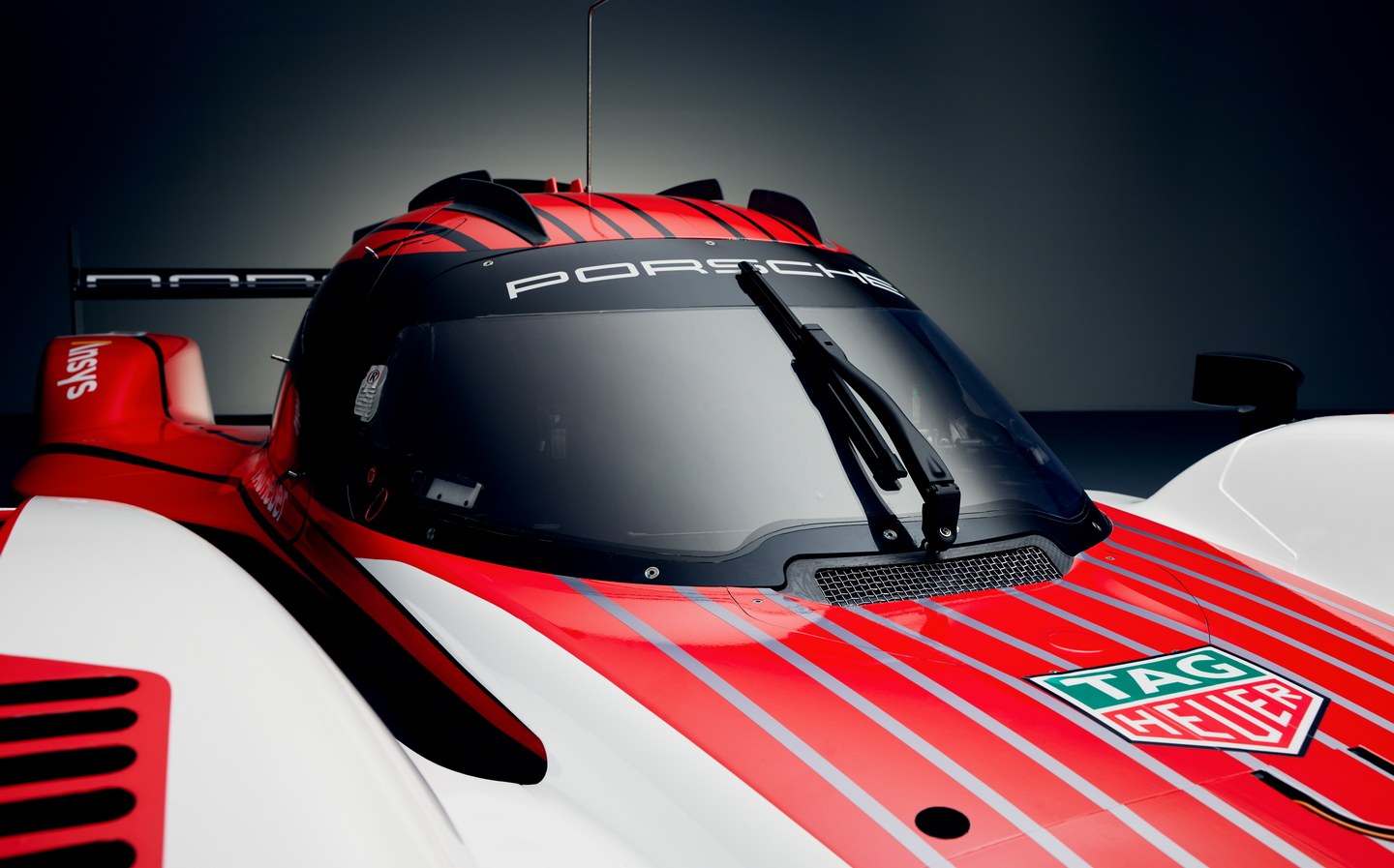 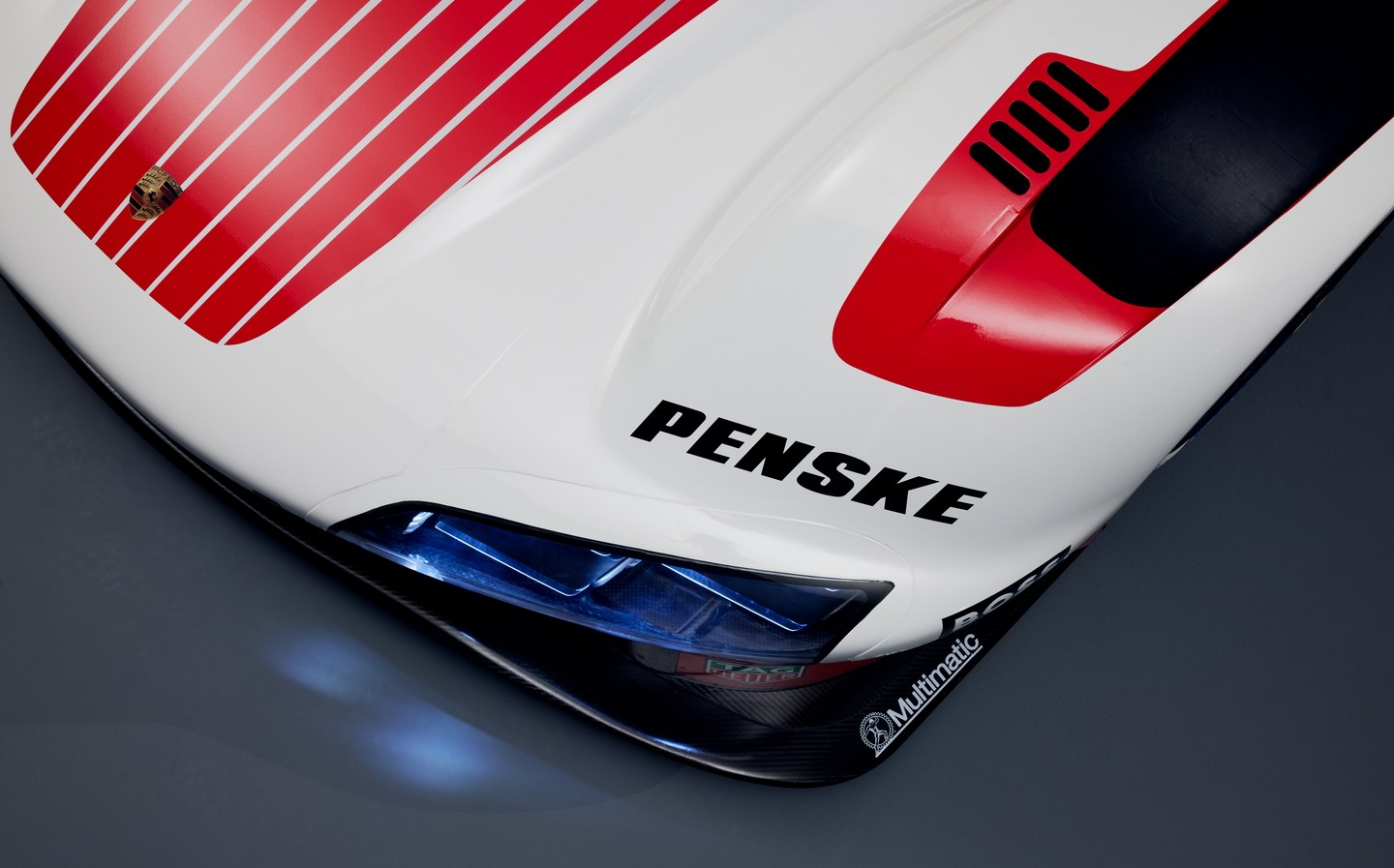 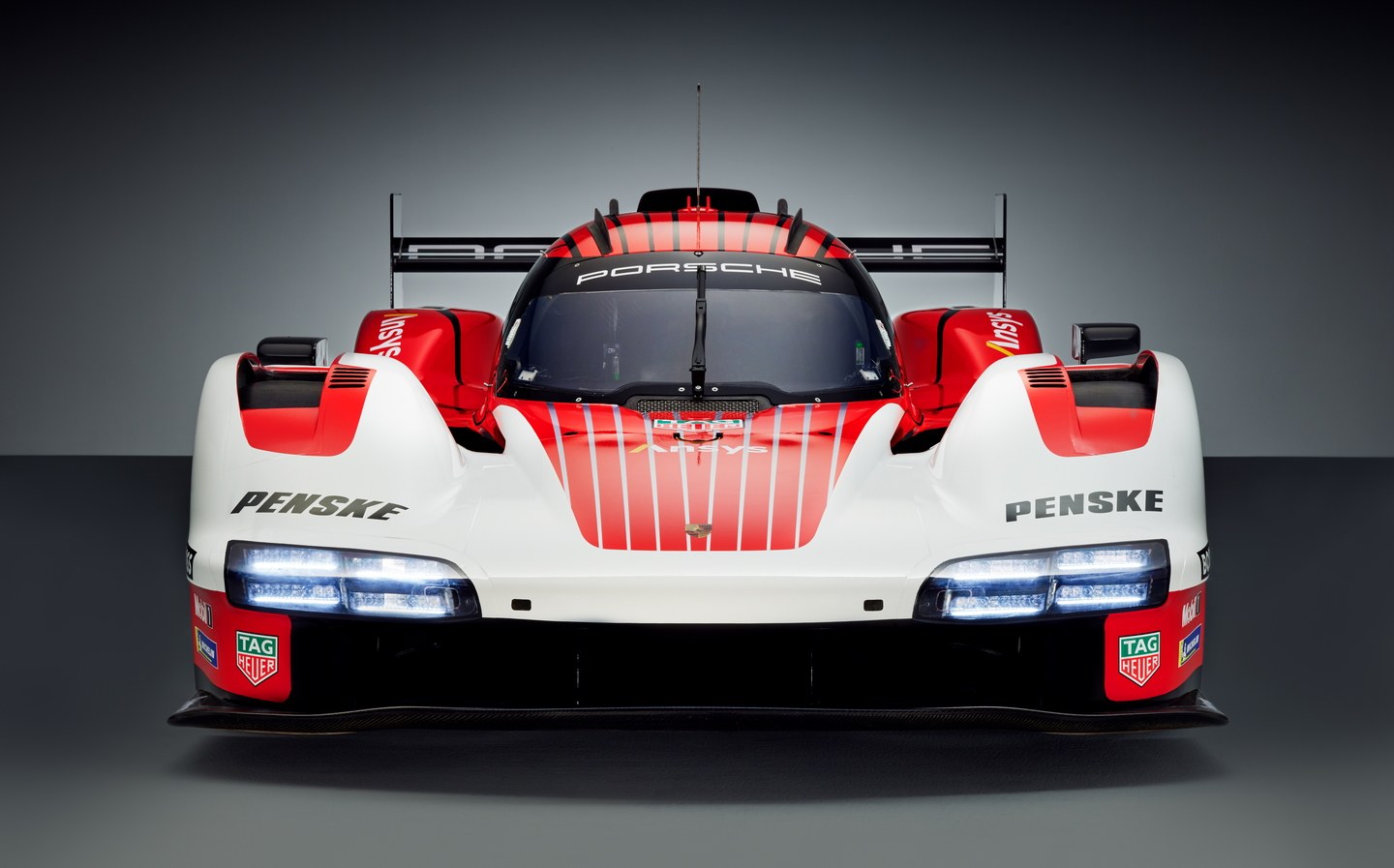 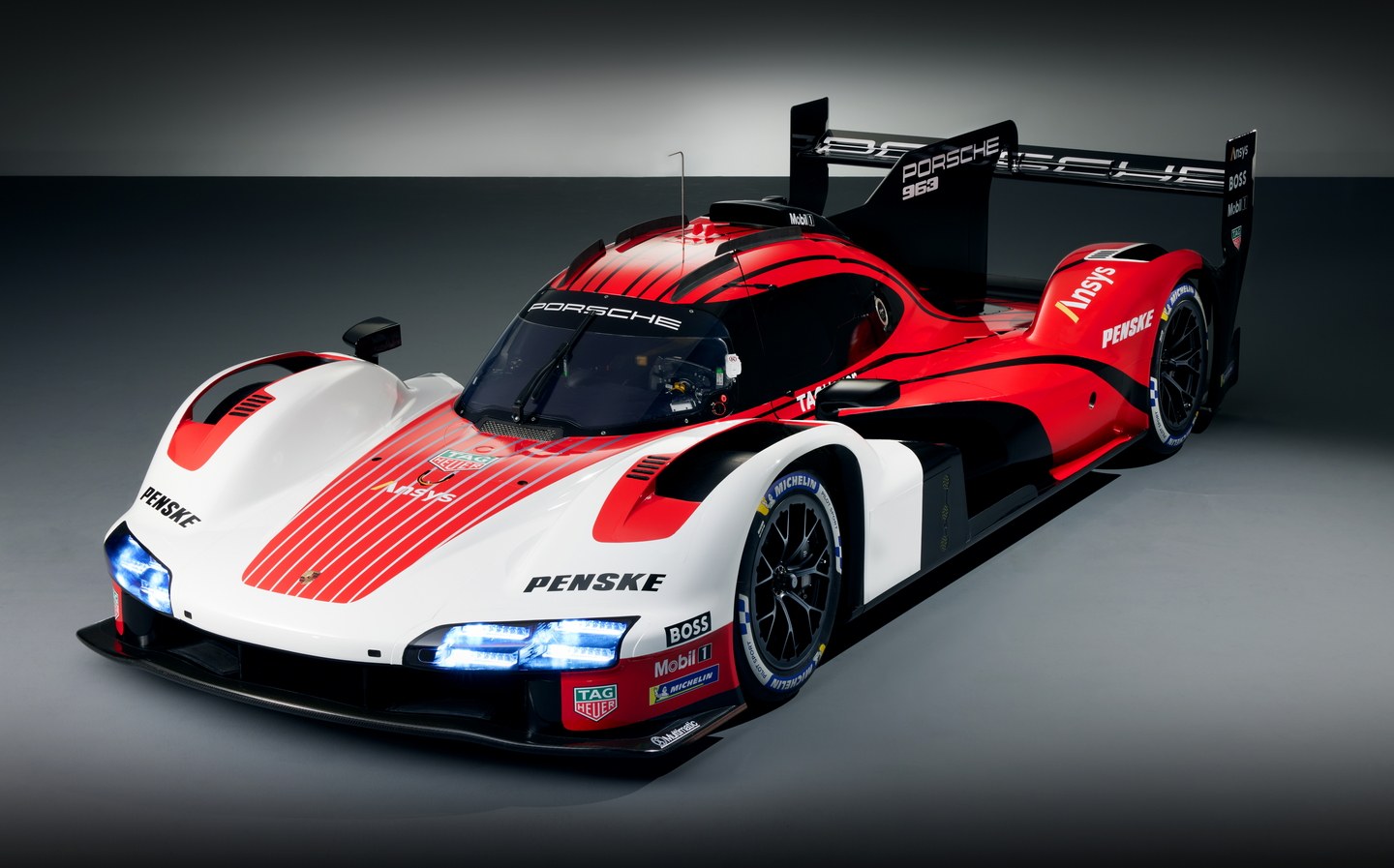 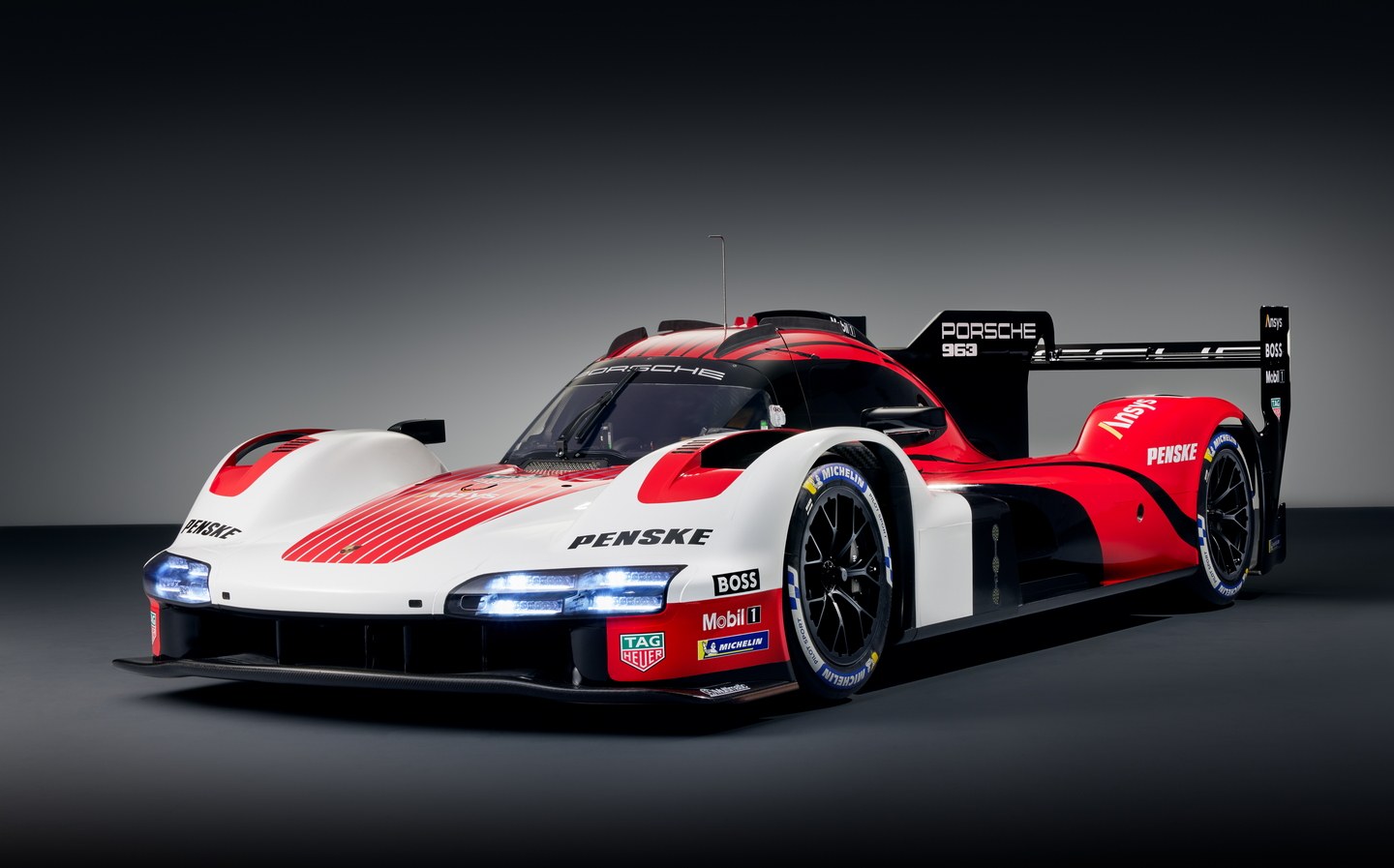 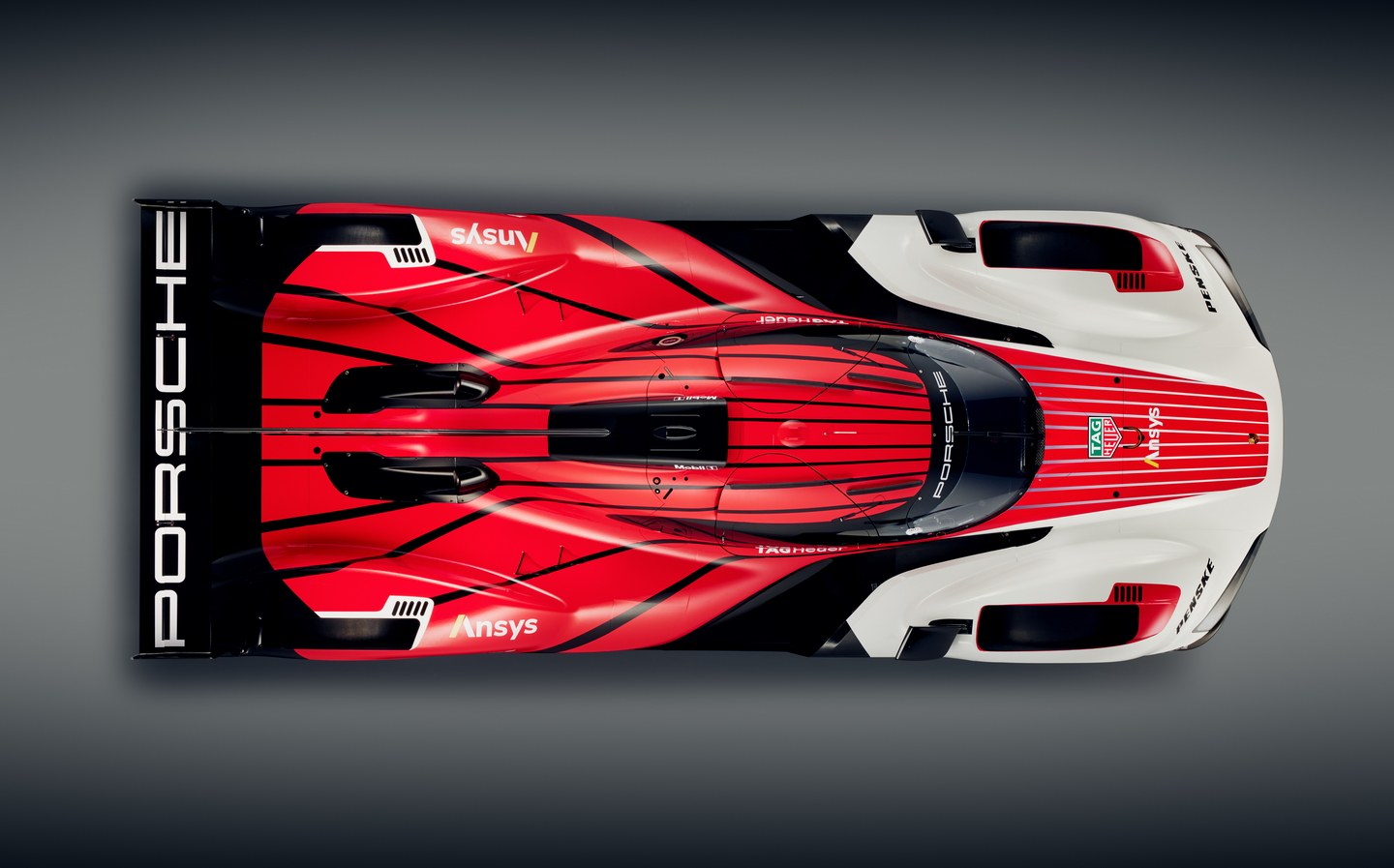 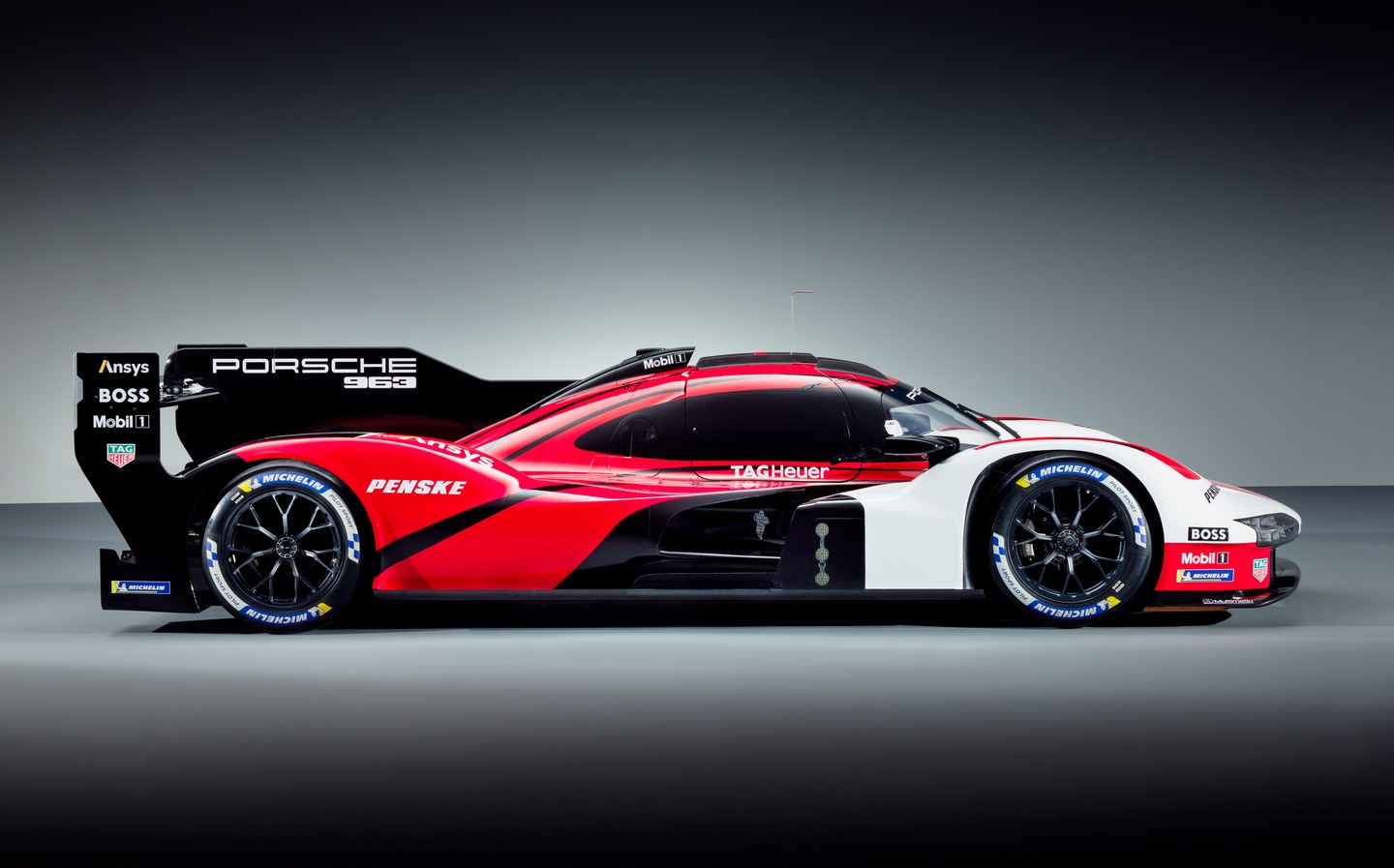 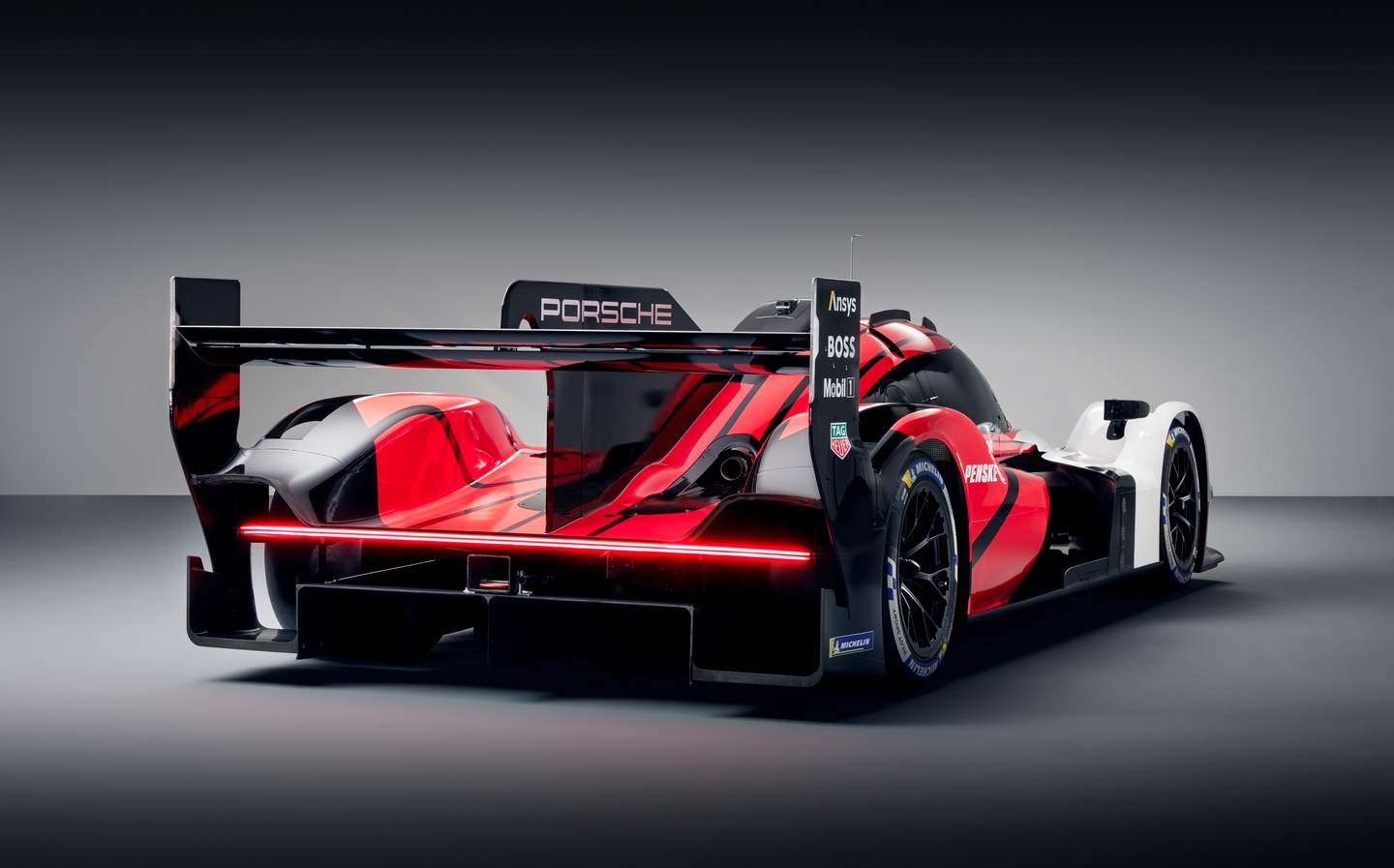 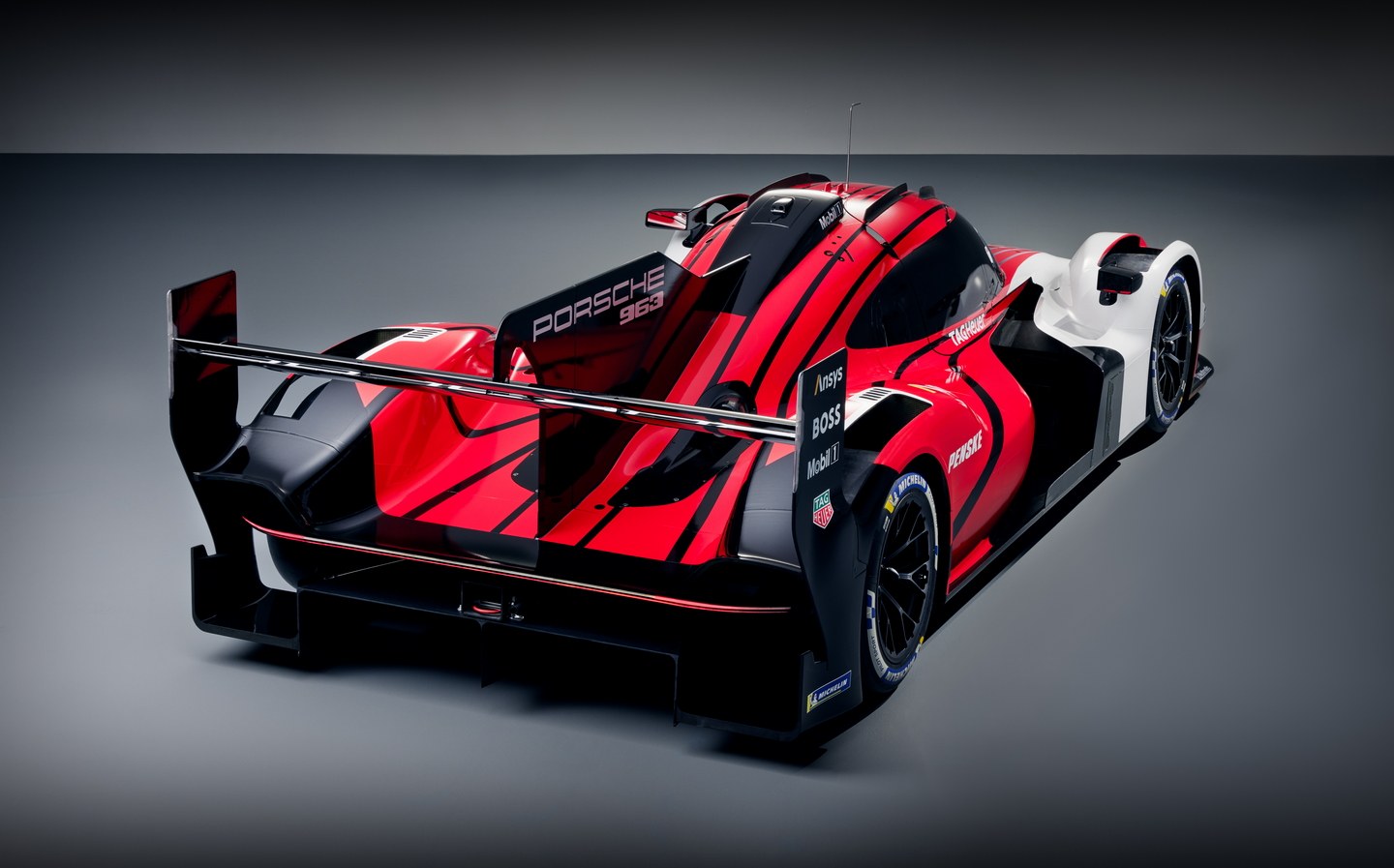 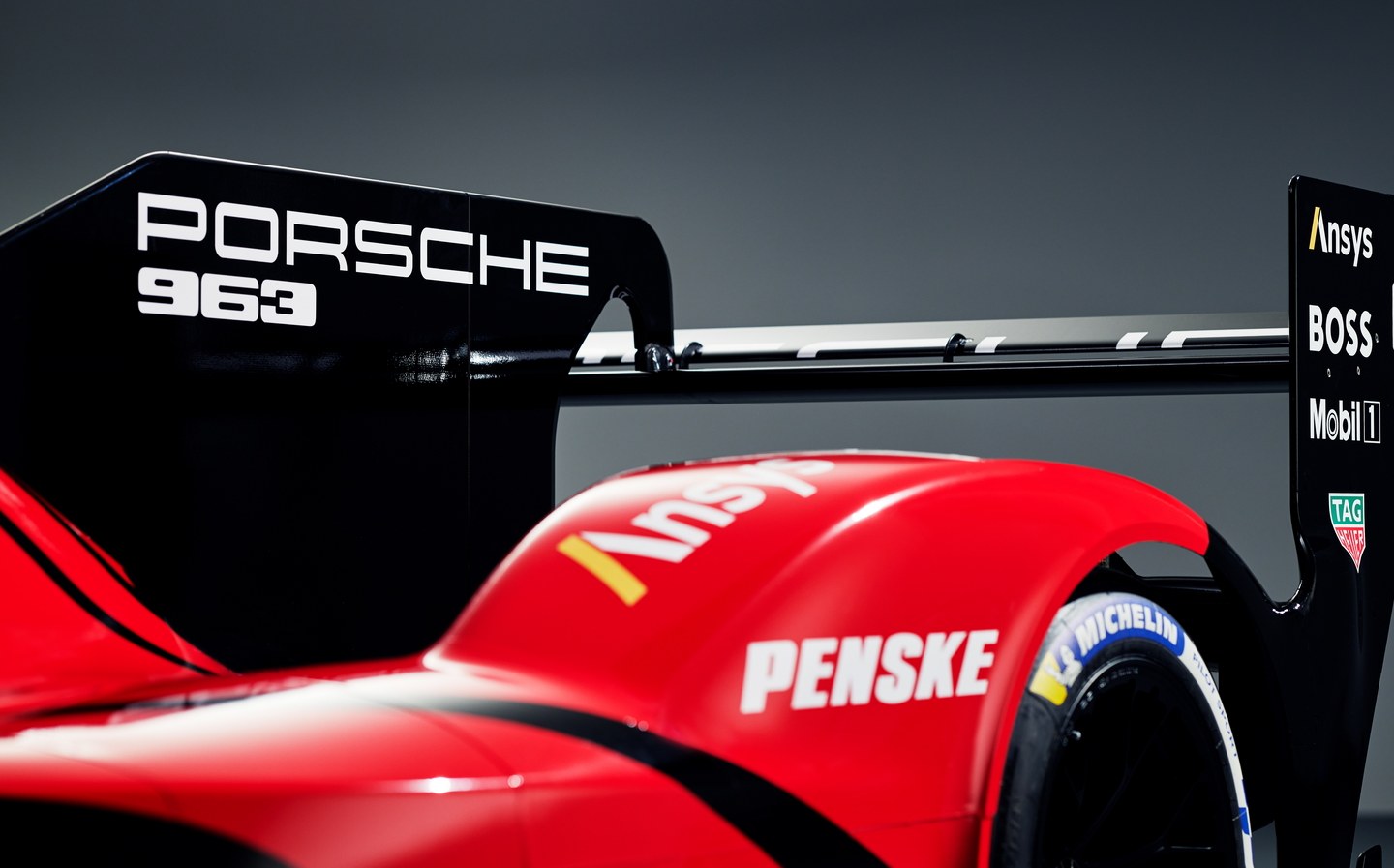 Porsche has unveiled its latest Le Mans hybrid racing car at the Goodwood Festival of Speed and confirmed that it will compete for outright victory in the FIA’s World Endurance Championship next year – including the 24 Hours of Le Mans race.

Although it had already been scheduled to compete in the IMSA WeatherTech SportsCar Championship in North America, this is our first glimpse at the 963 and it was unclear whether it would compete in the WEC and Le Mans, the most high-profile endurance racing event in the world.

The four works cars that will compete in both the IMSA Championship and World Endurance Championship (two cars apiece) will be run under the Porsche Penske Motorsport banner. At Le Mans, Porsche will be up against the likes of Peugeot, BMW, Cadillac and, more excitingly, Ferrari for outright honours.

The Porsche 963s unveiled at Goodwood bore a white, red and black Porsche racing livery, and while they may look ready to race, the company insists that there’s still a long way to go in terms of testing.

“After 7,889 test kilometres during the first half of 2022, we’re on a very good path but there is still work to be done before the start of next season,” said Thomas Laudenbach, vice president of motorsport at Porsche.

“Our new Porsche 963 should continue the legacy of legendary models such as the 917, 935, 956, 962 and the 919. I’m positive that we’ll be well-positioned when it comes to technology, and we’ve also created the relevant team structures to set us up for wins in the thrilling competition between many manufacturers and different concepts.”

The 963 will make its racing debut at the 2023 24 Hours of Daytona race in the United States next January in an event that kicks off the IMSA Championship season.

The specification to which it is built — LMDh — is an entirely new technical category, and it will race in the top tier GTP (Grand Touring Prototype) class alongside cars built to the slightly slower Le Mans Hypercar spec with balance of performance rules to ensure a level playing field.

The requirements for the LMDh category are relatively lax. Manufacturers can use an engine of any type provided it weighs a minimum of 180kg, revs no higher than 10,000rpm, emits no more than 110 decibels of noise and, when combined with the mandatory hybrid system, develops a maximum of 671bhp.

Porsche has opted for a twin-turbo V8 engine (4.6-litre) that has been designed to run on renewable fuels. Whatever the engine choice, however, according to the rules, it must work in conjunction with a standard set of hybrid components using batteries from Williams Advanced Engineering, control units by Bosch and a 49bhp electric motor integrated into an Xtrac gearbox.

Chassis for the LMDh category must be supplied by either the Italian firm Dallara, French companies Oreca and Ligier or the Canadian supplier, Multimatic, the latter of which Porsche has chosen.

Homologation of the new car, said Porsche Urs Kuratle, should be completed by the autumn.

“Over the past few months, our people at Porsche Motorsport and Team Penske have grown into an efficient and committed squad – the Porsche Penske Motorsport Team,” he said.

“We’ll have powerful driver crews in the four factory cars. The collaboration with our long-standing tyre partner Michelin and the chassis manufacturer Multimatic works flawlessly.”

The Porsche 963 should be homologated this autumn, Kuratle said, with a programme of testing between now and then.

Other drivers will be added to the squad for the longer events such as Le Mans, the 24 Hours of Sebring, Daytona and Petit Le Mans, the latter held at the Road Atlanta in Georgia, USA.

Porsche, however, isn’t a shoo-in for either championship with stiff competition expected from the new BMW M Hybrid V8 as well as entries from Cadillac, Ferrari and Acura. Audi had been due to enter the GTP class in 2023, but has since suspended its plans, possibly until 2024, when the category will also be joined by entries from Alpine and Lamborghini.