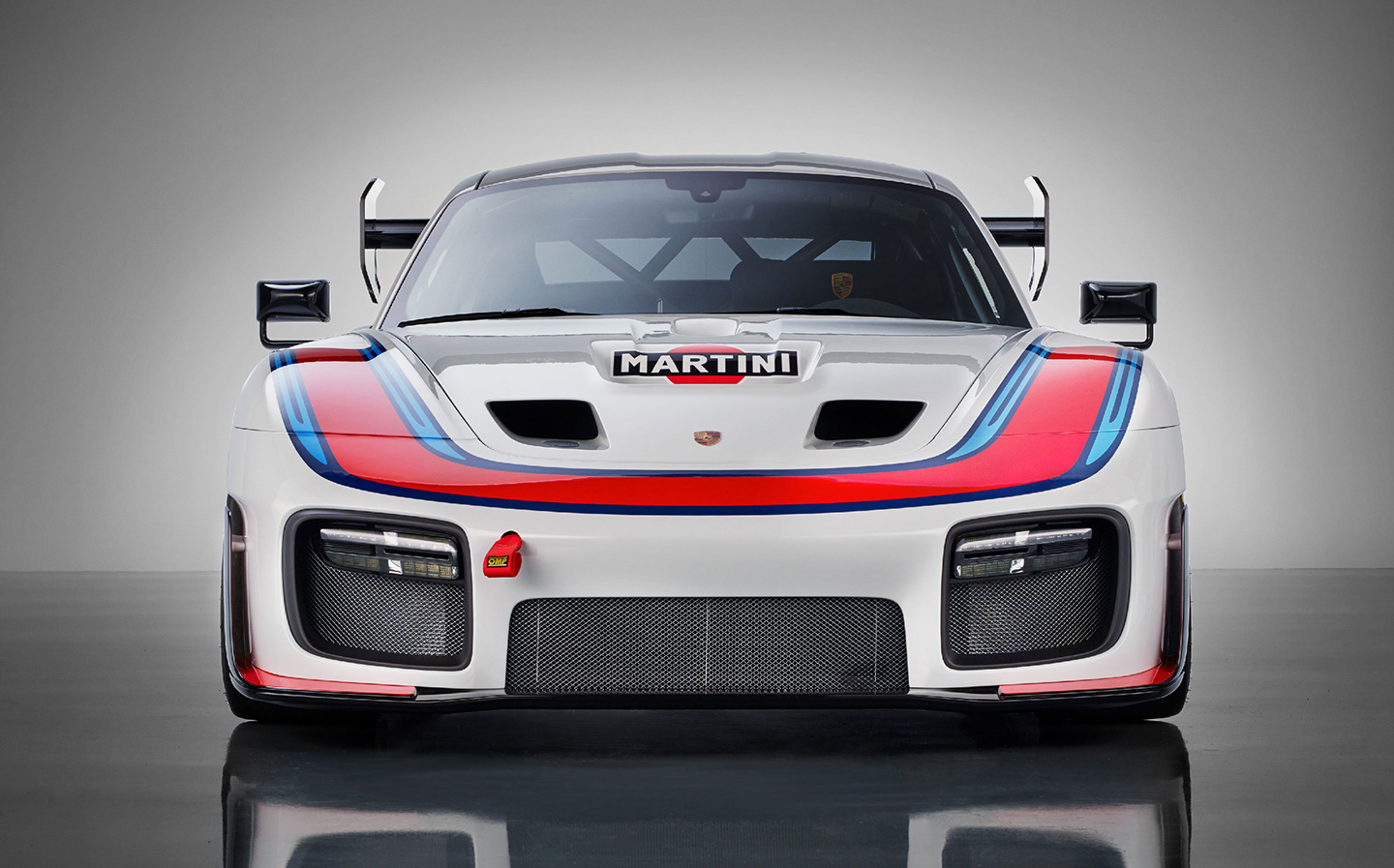 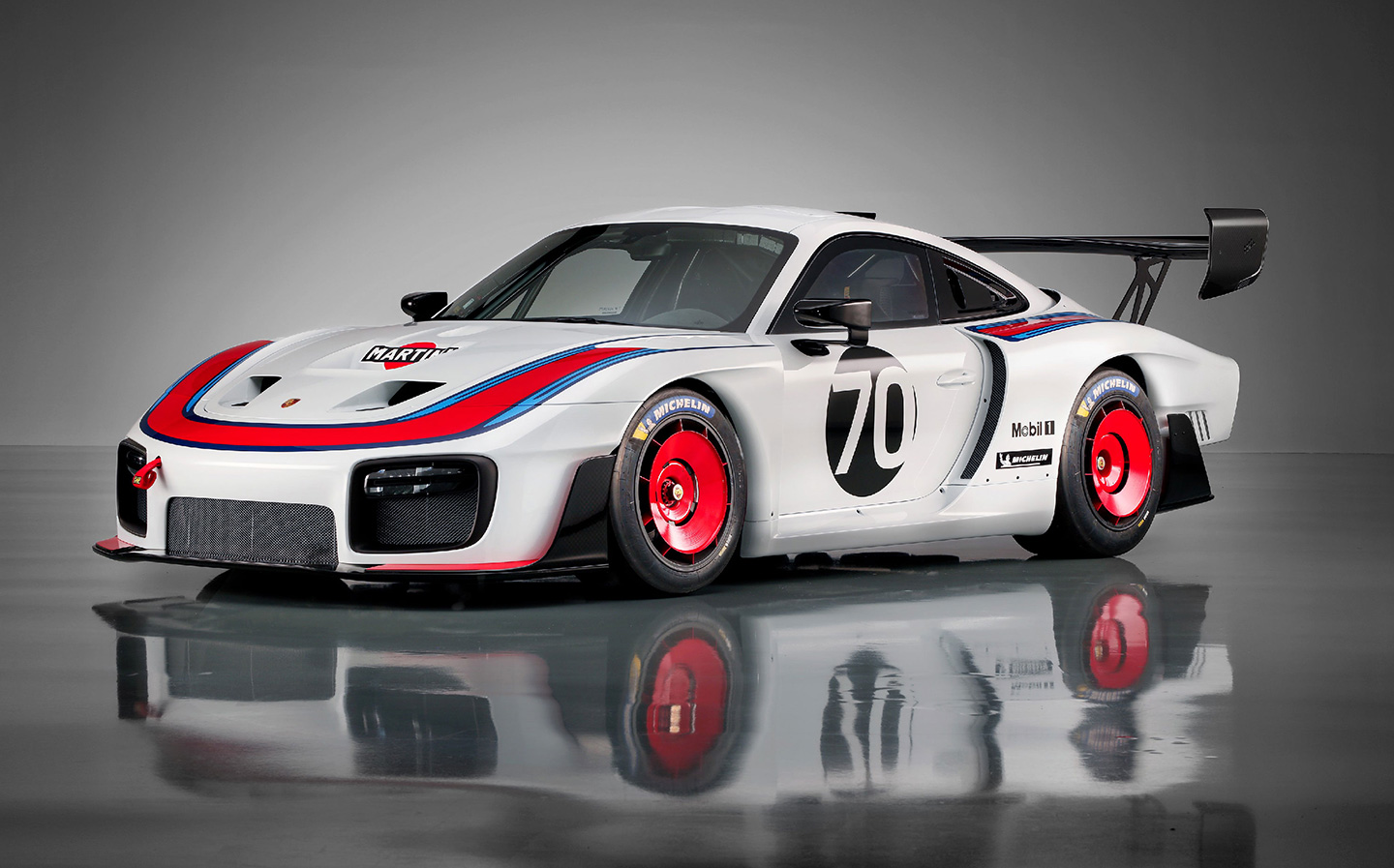 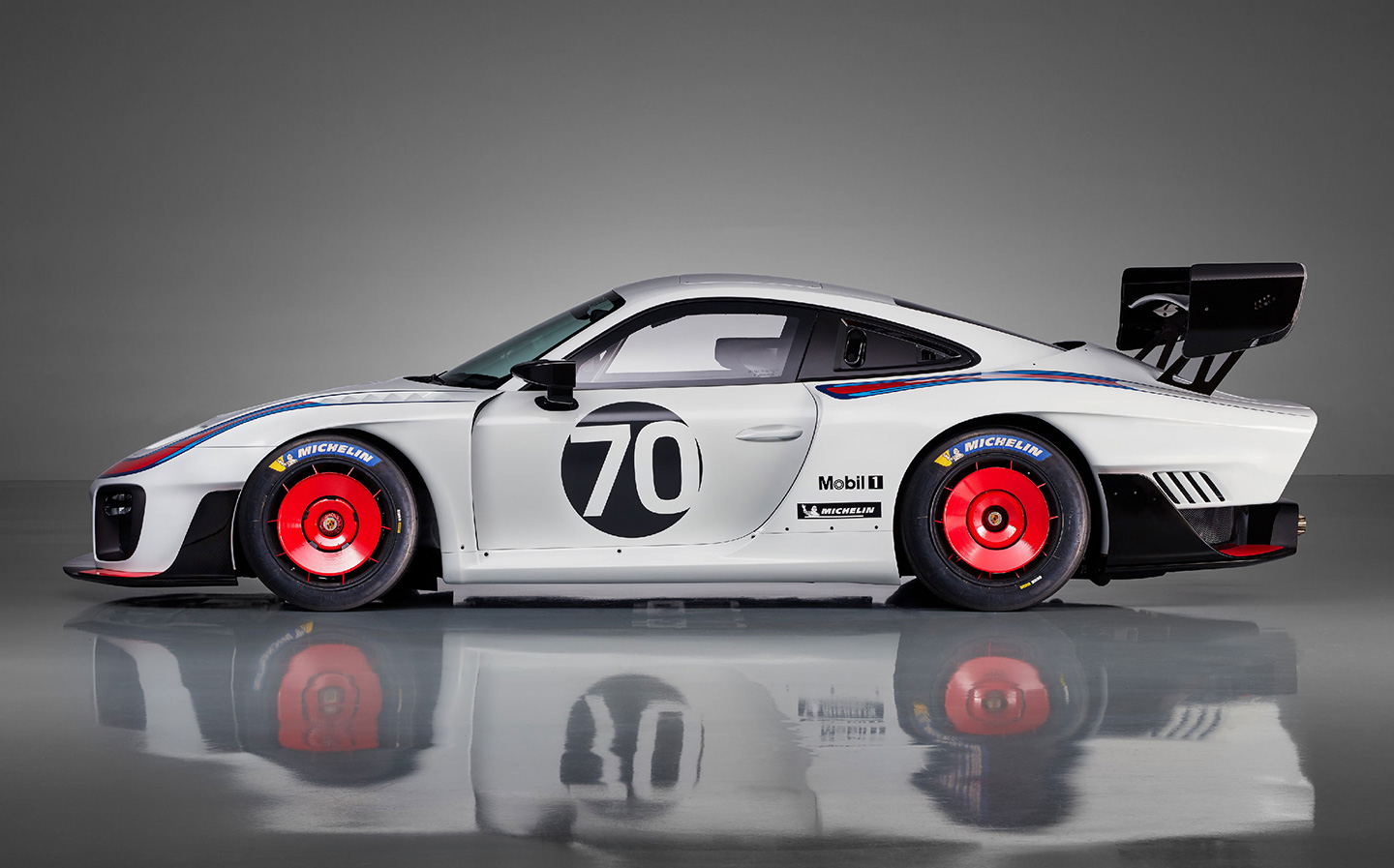 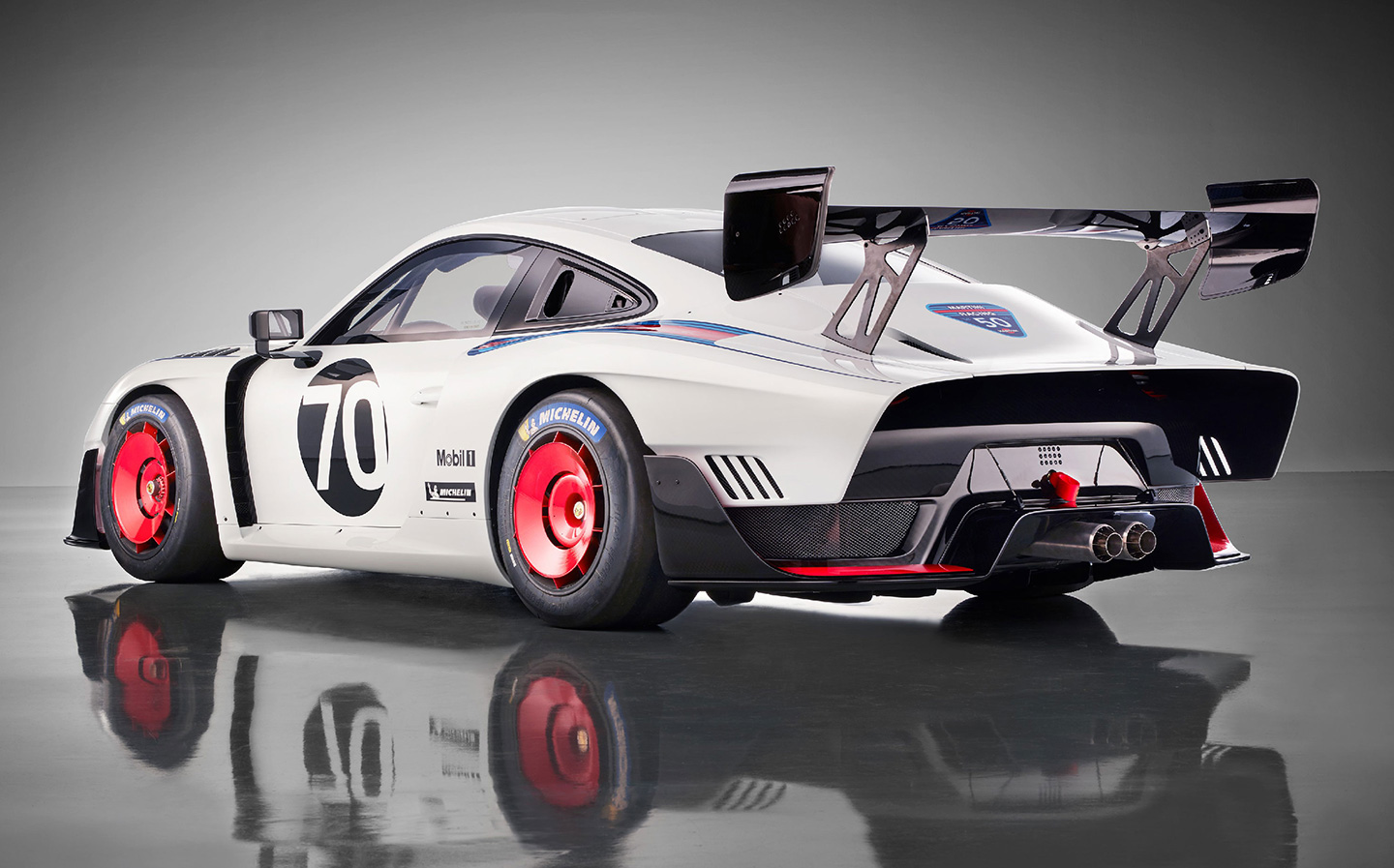 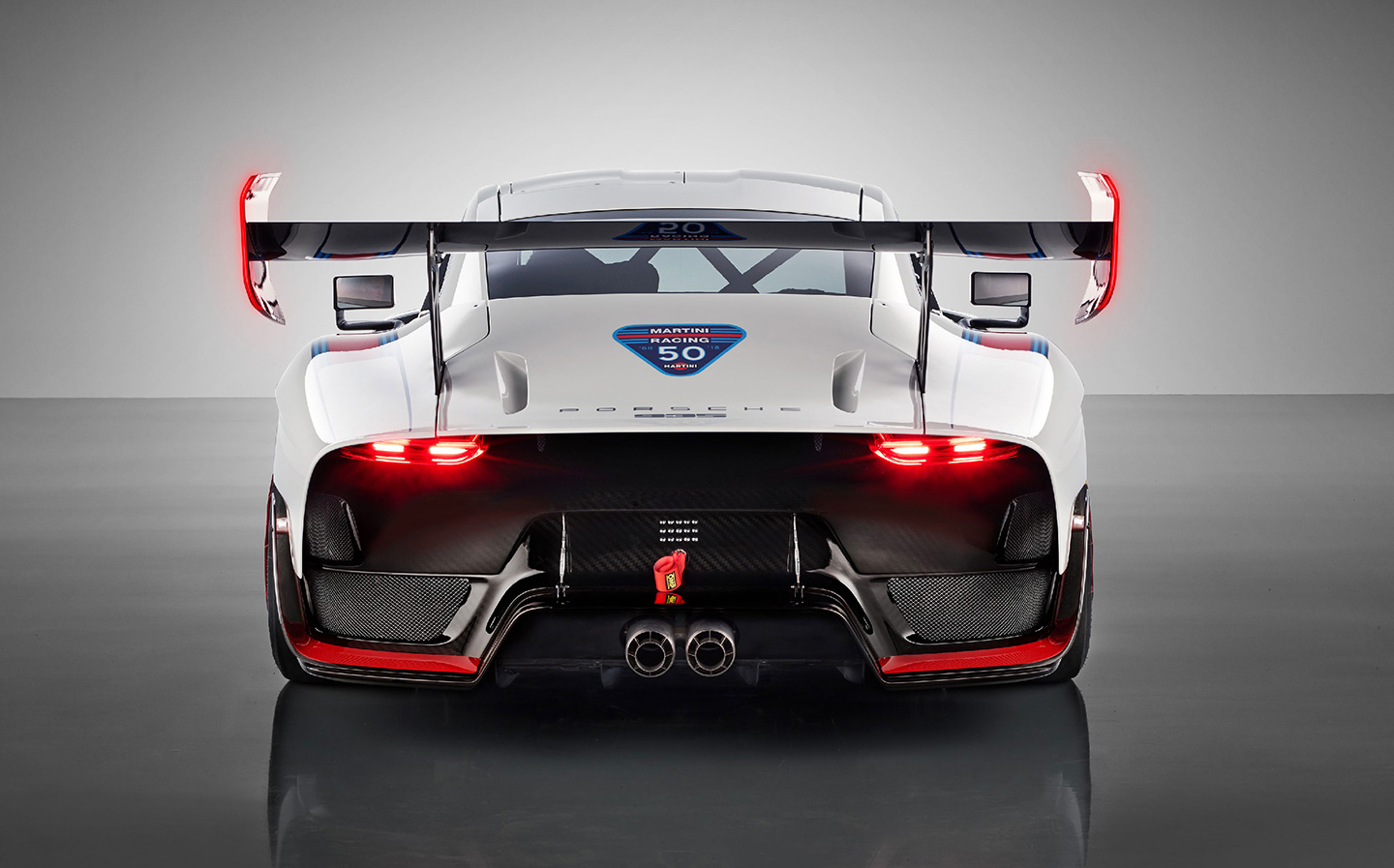 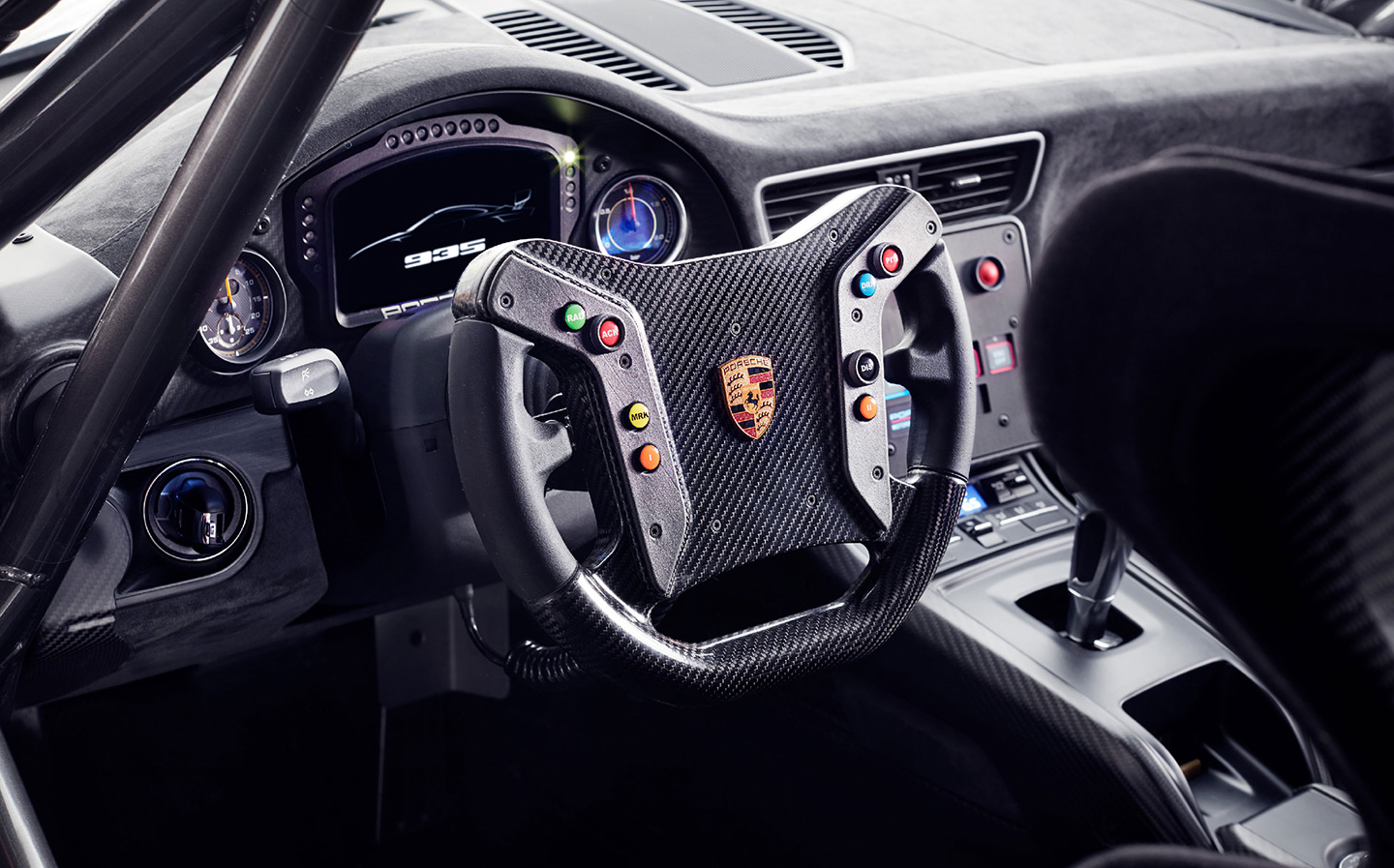 PORSCHE has marked its 70th anniversary with an unexpected new model: a modern version of the legendary 935 racing car.

Based on the 690bhp engine and running gear of the current 911 GT2 RS, the Porsche 935 throwback model is pitched as “a birthday present from Porsche Motorsport to fans all over the world”.

Despite the road car underpinnings, the anniversary 935 isn’t road legal so buyers will only be able to stretch the legs of their retro acquisition on a race track. But the advantage of a track-only car is not having to abide by the tough standards and homologation rules that roads cars have meet, so it’s fair to say Porsche’s engineers had fewer pesky restrictions to meet with this car.

Though the carbon fibre bodywork, wheel design and Martini-style optional paintwork clearly ape the 840bhp original from the late 1970s, parts from some of Porsche’s most recent racing cars have made their way onto the new 935.

The most recent 911 GT3 R has donated its steering wheel and instrument display, and the Le Mans-winning (and Nürburgring record-smashing) 919 hybrid prototype’s rear wing endplates have also been incorporated into the reborn 935.

Porsche isn’t citing performance figures for the new 935 just yet, though the GT2 RS’ engine and seven-speed semi-automatic transmission should ensure the vehicle is plenty quick; the donor car can reach 62mph from rest in just 2.8 seconds, and a top speed of 211mph.

But if you missed out on your chance of having a GT2 RS-derived version of the Porsche 935 in your garage, there is an alternative option: have the racing car’s iconic Martini livery painted onto a Porsche 911 GT2 RS road car.