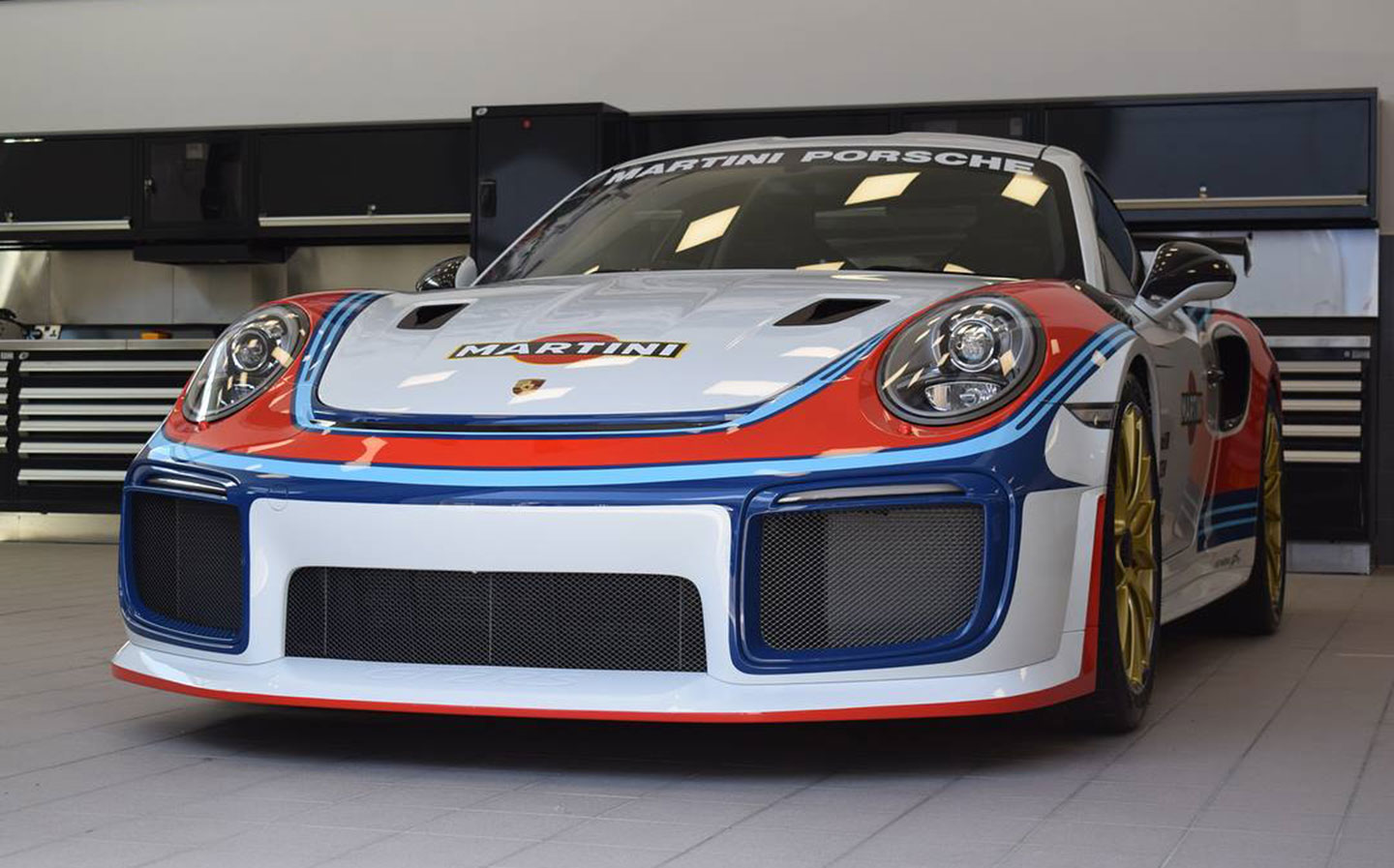 THE LEGENDARY Porsche 935 ‘Moby Dick’ racing car has been reborn in the form of one-off version of the new(ish) — and record-breaking — Porsche 911 GT2 RS.

The bespoke car has been customised to resemble the monstrous Porsche 935/78, an 845hp pure-bred racer developed for the 1978 Le Mans 24 Hours, and arguably the most extreme non-prototype car to ever compete at the event.

For the custom project, car livery experts NS2 Media took inspiration from the 935’s iconic Martini colours. Impressively, it wasn’t applied as a vinyl wrap; instead the design was painted onto the Porsche by hand at Porsche UK’s Retail Group HQ in Reading.

Alas, no other modifications were included  so those expecting extended rear bumpers or a massive rear wing on this unique Porsche 911 GT2 RS will be disappointed.

This homage does evoke the silhouette of the Moby Dick, though, courtesy of unique door sill plates that feature the outline of the ’78 car.

Of all the donor cars to commemorate the Porsche 935 with, the Porsche 911 GT2 RS is undoubtedly the most appropriate choice. Though not quite as potent as the 840bhp ‘Moby Dick’, the £207,000 GT2 RS’s 690bhp engine still endows it with terrific performance: 0-62mph can be achieved in 2.8sec and the top speed is 211mph.

By comparison, 935/78 clocked the overall fastest speed on the Mulsanne straight of 228mph.

Where the range-topping 911 claws back ground, though, is the advancements made in areas such as aerodynamics and tyre technology over the last 40 years — with those features helping a Porsche 911 GT2 RS, fitted with the factory ‘Weissach Package’, become the fastest series production car to ever lap the Nürburgring Nordschleife, in a time of 6m 47.25s. Watch the onboard footage below.

Top 5 star cars at the 2017 Goodwood Festival of Speed